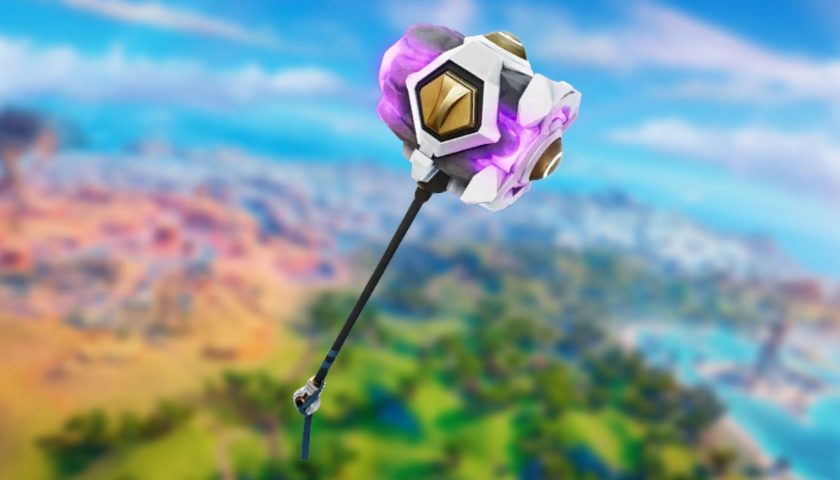 Fortnite players have some pretty mixed feelings about one of the season's new weapons, the Shockwave Hammer, with some celebrating its movement and others claiming it doesn't even work.

The Shockwave Hammer is one of a few new weapons that were introduced in Chapter 4, Season 1, alongside the Ex-Caliber Rifle, Thunder Shotgun, and a few others. While reactions to the rest of the weapons added this Season seem pretty positive, the Shockwave Hammer hasn't been quite so lucky and has divided the community a fair bit.

As the name implies, the Shockwave Hammer is a melee weapon that creates a shockwave effect when used, which can launch players across the map. Not only that, but the player can also hold down the left trigger to send themselves flying across the map, making it helpful for movement too.

Some members of the Fortnite community seem to be pretty fond of the hammer, posting clips of some stylish kills with it, most of which are set up from lofty heights, like this one from Redditor K-boomX94. Other Redditors have found some pretty inventive ways of using it, such as combining it with balloon perk to keep the player floating in the air for some time.

However, a much more vocal part of the Fortnite community is less positive about it. One popular post on the subreddit from Redditor QuixoticMG shows how using the weapon can go wrong, as they show in a clip where they somehow completely miss someone right in front of them. The comments underneath this post show several other players who report that the hammer never works for them like they hope it will, or that they're constantly being killed because of props.

A funny example of this was shown by Redditor el_osoalto, who shared a brutal encounter on the subreddit. In the video, they can be seen going up against an enemy with the hammer, who manages to push them into the sea with one swing. As they emerge, a piece of scenery falls on top of their head and kills them. We can't really blame them for being "officially over the hammer" after that.