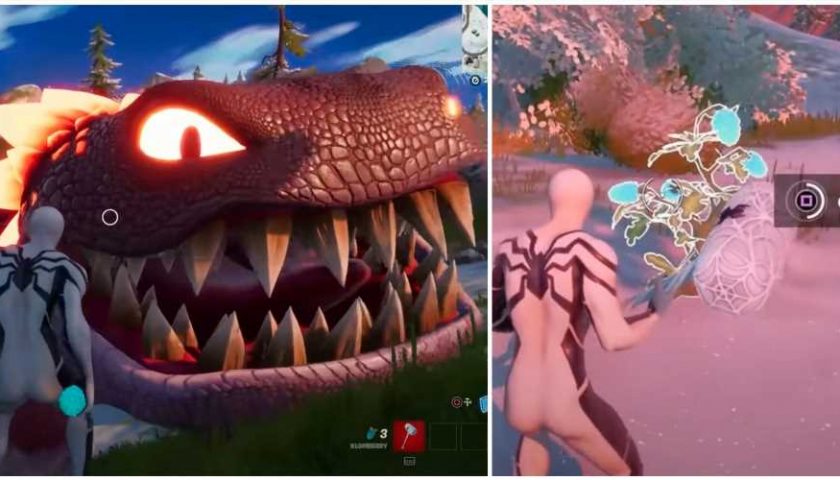 Update 19.10 is here, and it's an exciting one to be sure! Here's everything you need to know about Klombos. It's not the first time that dinosaurs have inhabited Fortnite's Battle Royale island. Just a couple of seasons ago Raptors wandered the island — you could even tame them, and they would try their best to protect you and would even attack enemy players for you.

So, are Klombos dinosaurs, and what can you do with them? Klombos are peaceful creatures, and they're not out to get you. You don't have to worry about them attacking you unless you provoke them. You can climb a Klombo if you get close enough to its tail and if you stay on its head, it'll project you into the air — don't worry, you can then open your glider and land safely. It's a great way to initiate a rotation quickly or run from an enemy player. 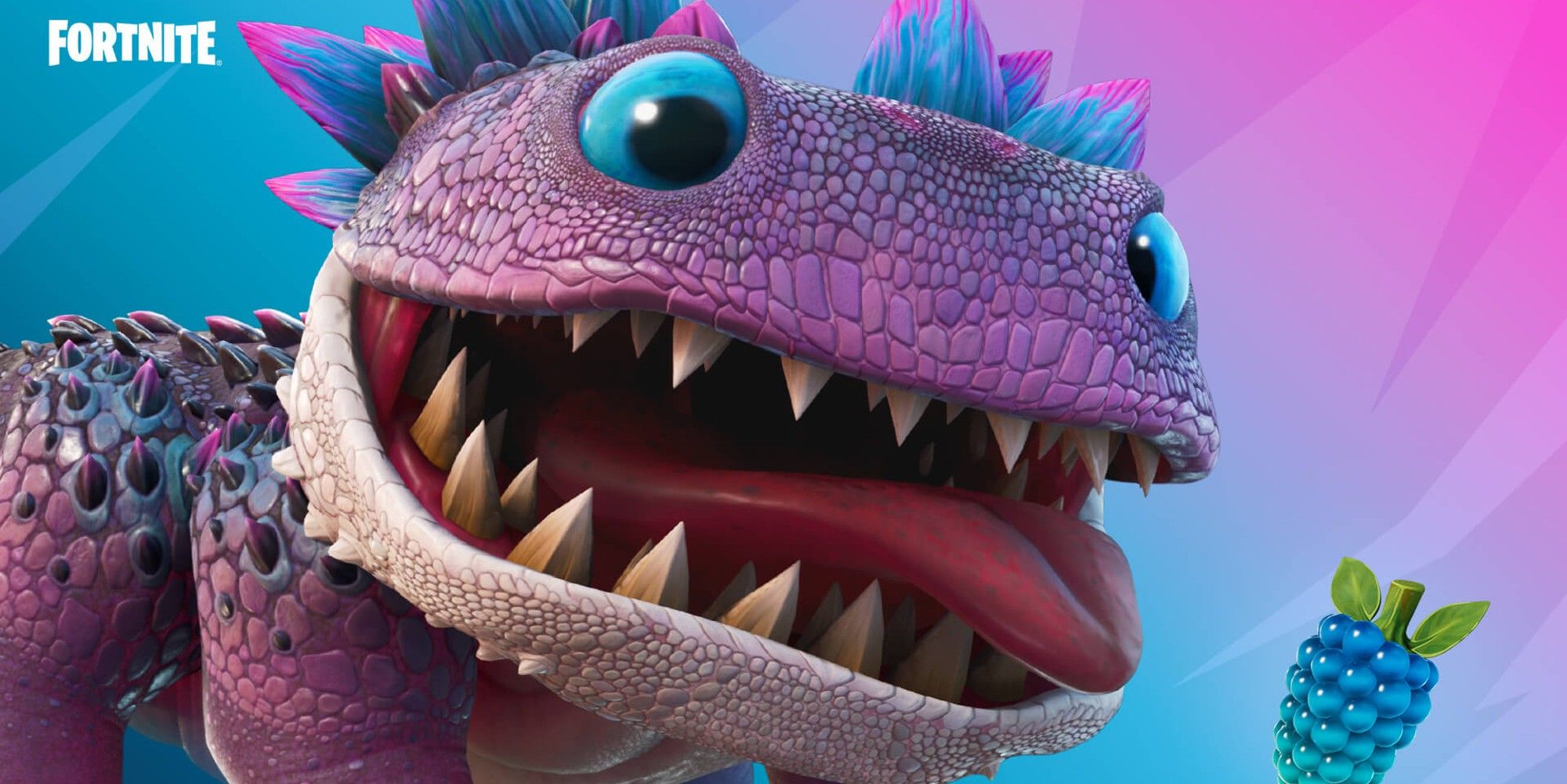 There are certain spots on the map where you'll be able to find a Klombo and see its magnificent size for yourself. Content creator Kanga has already created a very useful map with all possible Klombo dinosaur spawns. Here are the areas where you're likely to find these creatures: 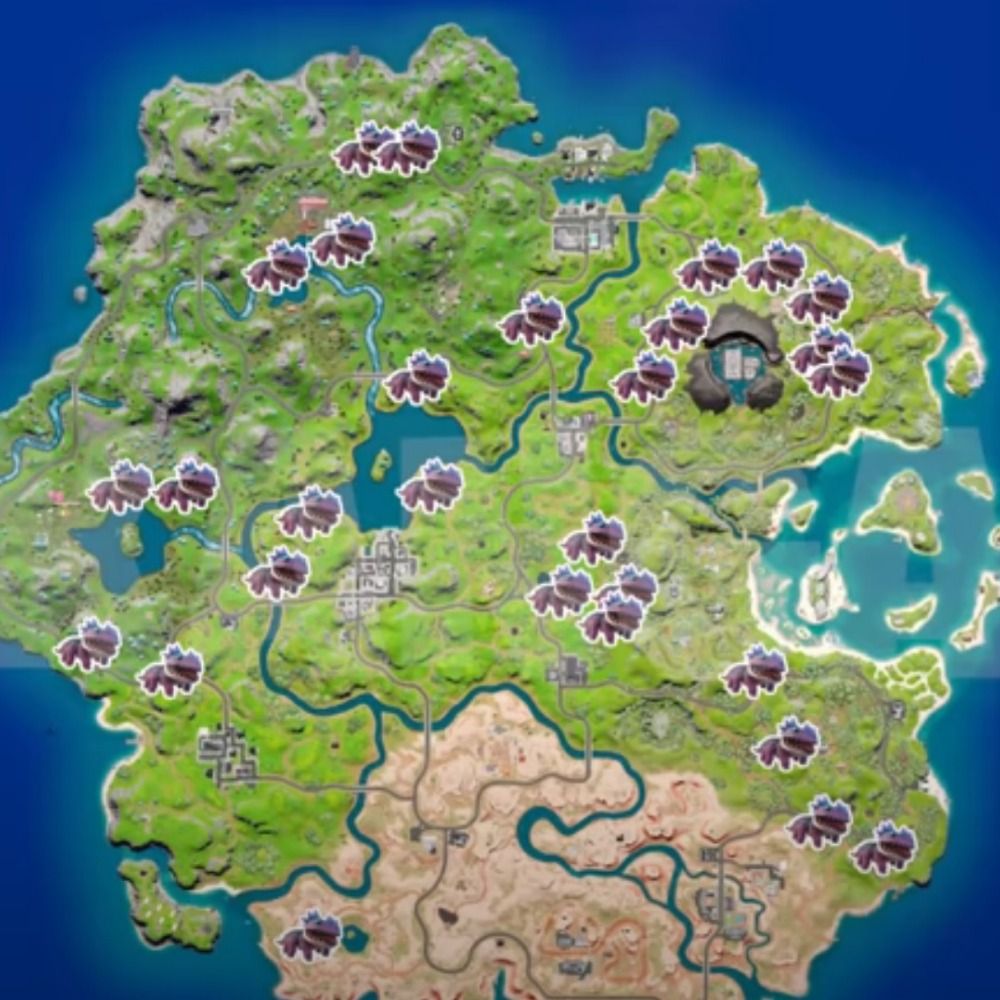 Although all of these locations are viable, the places where players have been most lucky when it comes to spotting a Klombo are northwest of Tilted Towers, northwest of the Daily Bugle, and north of Logjam Lumberyard. 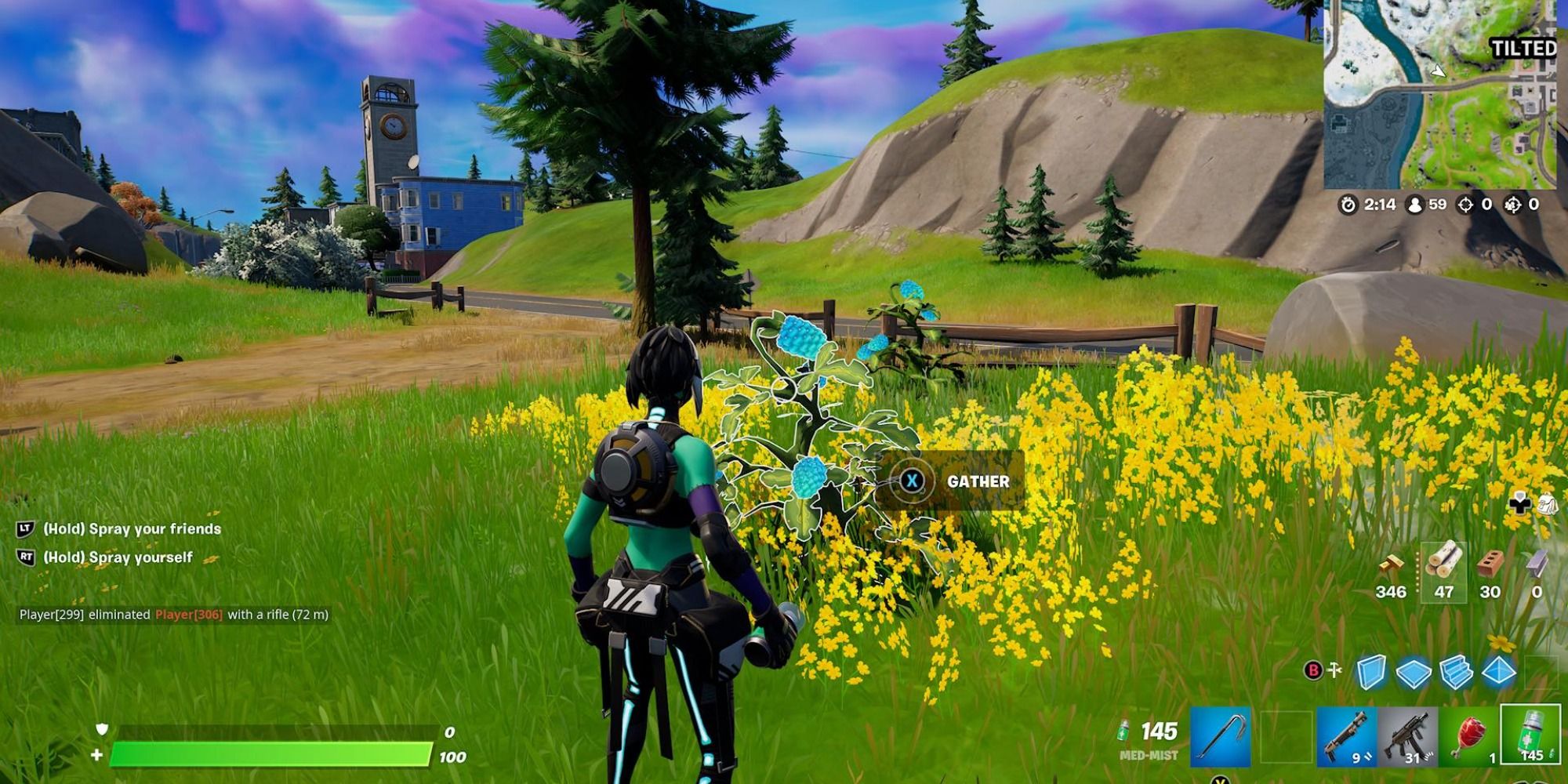 Besides being able to be thrown up into the air by a Klombo, there is also another thing you can do with them: you can feed them Klomberries. Once fed, the dinosaur will sneeze out some items that may be useful for you throughout the rest of the match.

But, before you're able to feed the Klombo, you need to actually find yourself some Klomberries. Klomberries will spawn close to each Klombo spawn location so all you have to do is look in the same place where you're looking for the dinosaur.

The berries are fluorescent blue and they rest on a green plant on the ground. Each plant you harvest will give you two Klomberries so use them wisely. You can also harvest them and use them yourself just like you would with any consumable – each berry will raise your shield by ten. 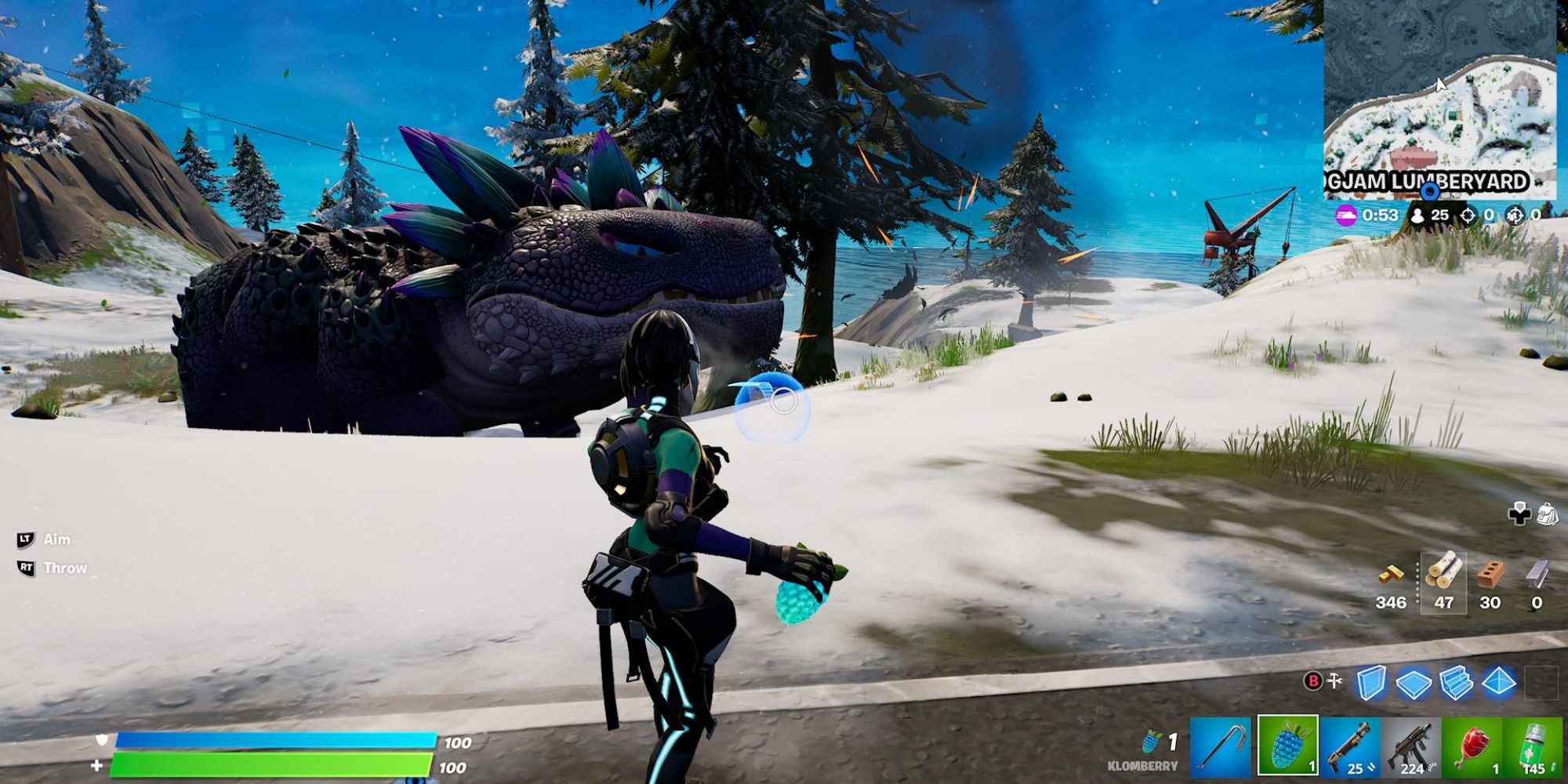 To feed the Klomberry to the Klombo, you will have to throw them, so there's no need to get up close and personal with the mighty beast.

You throw Klomberries just like you would throw any other item in the game: you aim and throw. The process is the same as aiming your weapon and shooting it. So, all you have to do is hold down the aim button and then press the throw button once. The Klombo will then suck up the Klomberry and sneeze out a brand new item for you to carry. Do this as many times as you want to see what you're able to get. 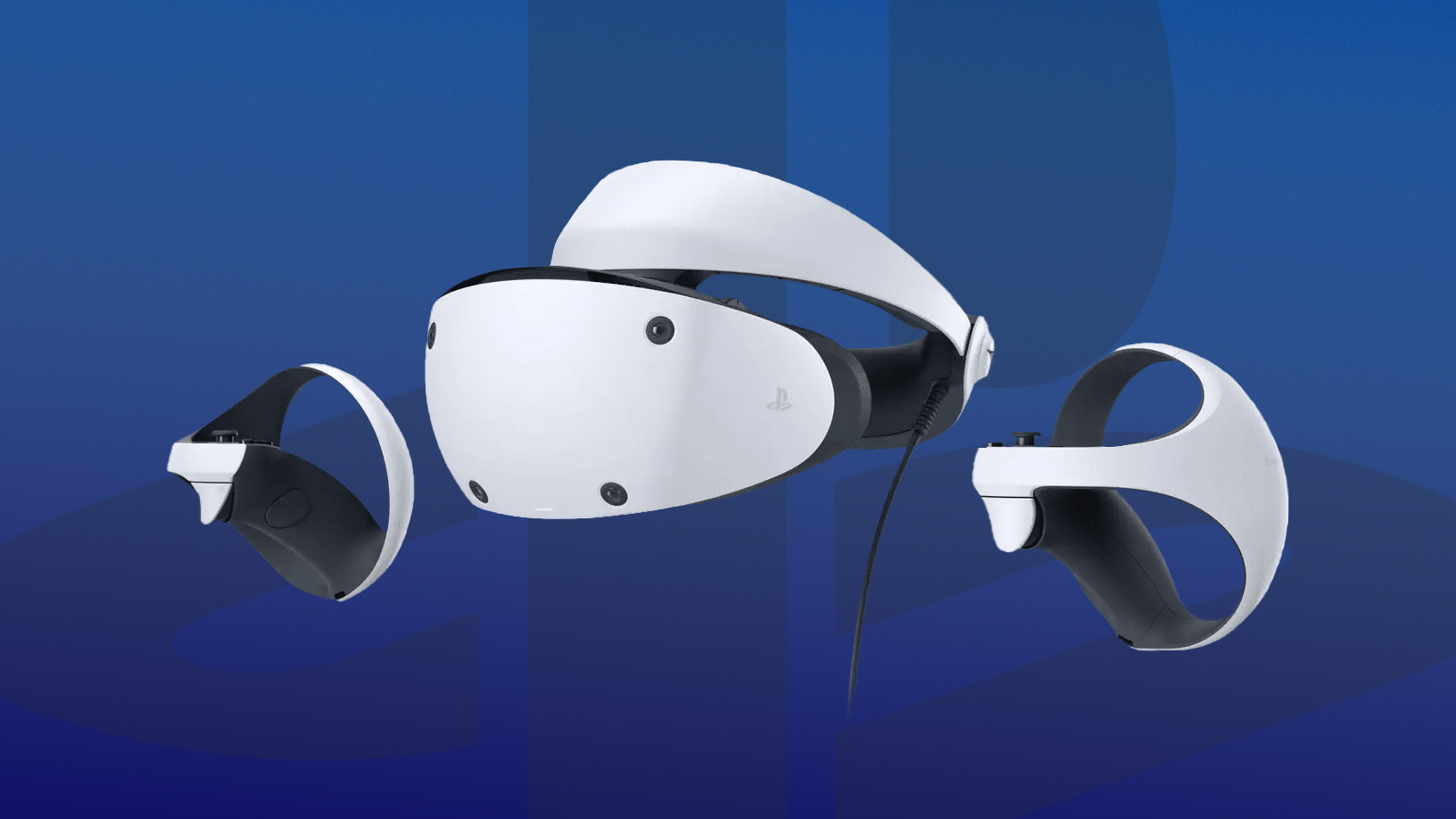