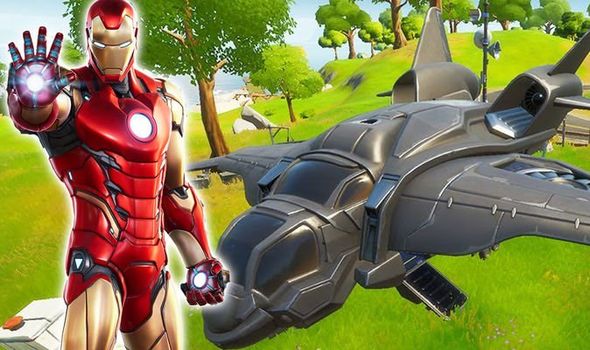 Fortnite eliminate Stark Robots at Quinjet patrol landing sites is one of the big week 1 challenges for the new season 4 Battle Pass. In case you missed it, Fortnite season 4 has just been released today (Thursday August 27) and the new Battle Pass has a Marvel theme to it. This is the first time in Fortnite’s history that an entire season has been themed around an existing IP.

But what better way to break with tradition than with one of the most popular entertainment properties in the world.

And there’s also rumours that other Marvel characters, such as Spider-Man and The Silver Surfer, will also be getting added to Fortnite during season 4.

It’s not just skins though, with Marvel POIs getting added on the season 4 launch day as well as a number of Marvel-centric challenges.

If you’re struggling to complete the latter Fortnite week 1 challenge then don’t worry, we’re here to talk you through it.

As explained in a post by YouTuber InTheLittleWood, your map will be key to completing the Fortnite Quinjet challenge.

The YouTuber explained that the Quinjet landing sites are randomised for each match, but there’s a key you can use on the map to spot them.

Look out on the Fortnite Battle Royale map for white icons in the shape of a spaceship.

Do this while you’re on the Battle Bus at the start of a match as that will show you where the Quinjet landing sites are.

Then simply head there, grab a weapon and deal damage to the Stark Robots you’ll find at the Quinjet landing sites to complete the challenge. 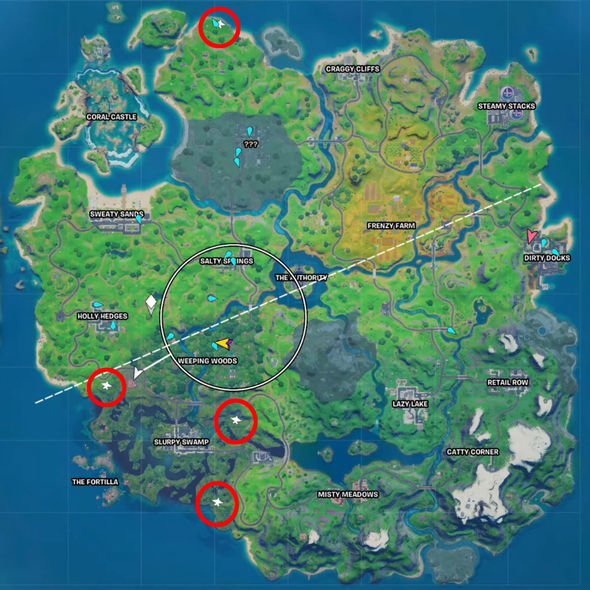 In case you’re wondering, here is a full list of the Fortnite season 4 week 1 challenges…