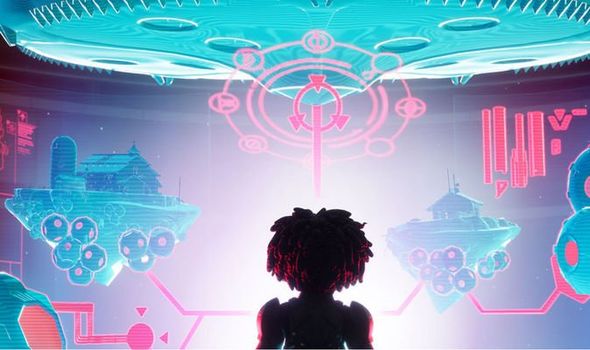 The next Fortnite update is launching tonight, and Epic Games has provided important news regarding maintenance and downtime.

Fortnite servers are being taken offline so that a new patch can be launched that will bring back classic content and features.

The latest Season 8 maintenance will kick off in the early hours of Tuesday morning, October 12, meaning that the gamers who will be most affected by this downtime will be in Australia and North America.

Fortnite downtime means that the game will not be playable for as long as the team needs to deploy the next update.

Based on the clues laid out by Epic Games, today’s Fortnite update 18.20 will bring the Combat AR and Combat SMG back to the game.

And with the Fortnitemares festivities in full swing, there are also reports that rideable monsters will be added, not to mention even more spooky skins and items.

There’s also a good chance that Epic Games will continue to drip feed content into the game as we get closer to Halloween.

WHEN IS FORTNITE DOWNTIME STARTING TODAY?

Fortnite downtime is scheduled to start today at 9am BST in the UK, or 4am EDT if you live in North America.

Today’s maintenance period could last several hours, although Epic Games has not warned that it will be overly long on Twitter.

They have provided a maximum time limit for today’s Fortnite downtime, with maintenance expected to end before 1pm BST.

The latest message from the Epic Games support team provides this guidance: “Combat combats combat. The v18.20 update is scheduled for release on October 12.

“Downtime will begin at approx. 04:00 AM ET, with matchmaking being disabled approx. 30 minutes before.”

As mentioned above, Fortnite servers will start shutting down 30 minutes before 9am BST, meaning you could be kicked from live matches.

Plenty of new content is being added to Fortnite this month to celebrate Halloween, with the map also set to change.

Epic Games has confirmed that the Cubes will be making their presence, with other events scheduled to kick off throughout the month.

A message from the Fortnite development team explains: “The Cubes are mobilizing for the next step of their plan.

“Later in the month, they’ll escalate their domination of the Island. But take heart! Strengthen your resolve with a new weapon from The Sideways and returning Halloween tricks. A special LTM will be returning as well. During this Cubic chaos, there’ll also be Quests to accomplish for eerie rewards.

“Fortnitemares 2021 will be wrapping up with the third Short Nite film festival! Like previous Short Nites, “Shortnitemares” will feature animated shorts — but this time, the shorts will be based on the ghoulish and sinister.

“Also, this Short Nite will take place in a creator-made movie theatre (created by Quantum Builds), where each short’ll have its own theatre room. Choose the order you watch them in, or watch them all in a loop in the festival room.”