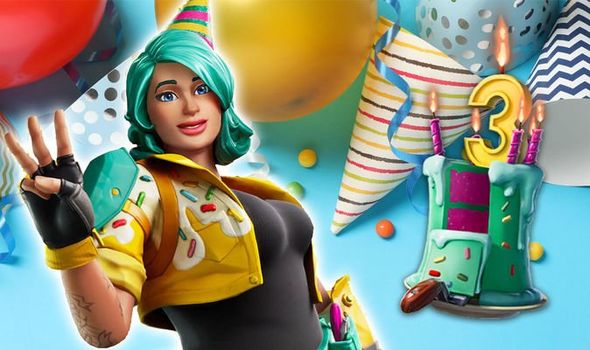 Fortnite fans can get out the party hats and cake as Epic Games’ hugely popular title is celebrating its third birthday today. On July 25 2017 Save the World was first launched in early access on the PS4, Xbox One, PCs and macOS. A few months down the line the free Fortnite Battle Royale download was released in September, and the rest – as they say – is history.

For the past few years Epic Games has opted to mark the Fortnite birthday in July, when StW launched, instead of on the anniversary of the Battle Royale release.

This year July 24 came and went without any announcement on the Fortnite 3rd birthday festivities so July 25 looks like when we’ll see the new content drop.

So it’s likely we’ll see the same again this year, with Fortnite birthday challenges such as the birthday cake task possibly returning.

It looks like we’ve also seen the rewards for the Fortnite 3rd birthday event leak ahead of its official launch.

And from the sounds of it there will be a number of free rewards – the first being a birthday cake back bling with a three candle at the top.

The best reward for this year’s Fortnite birthday event looks to be a brand new skin, however this will only be for Save the World players.

It remains to be seen what the rewards could be for possible incoming challenges, and whether there will be a 3rd birthday themed pickaxe.

Last year during the Fortnite birthday event there were themed challenges such as dance in front of different birthday cakes. 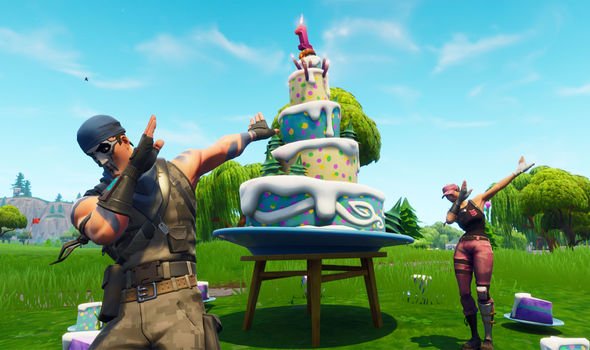 Completing individual challenges unlocked items such as wraps while the reward for completing all of the challenges was the Birthday Slice pickaxe.

It remains to be seen when Epic Games could confirm if Fortnite 3rd birthday celebrations are launching today or not.

Typically these announcements have been made by 3pm UK time on Twitter so it will be a good idea keeping an eye out for this news by then.

And in the meantime, to give you an idea of what to expect, here’s what Epic Games did last year to mark the Fortnite birthday…

Time flies when you’re having fun, two years in fact. The Fortnite Birthday Celebration kicks off this week starting Thursday, July 25 and runs until Wednesday, July 31.

We’re celebrating all over the Battle Royale map with present supply drops, birthday cakes and a gift item you’ll be able to toss to your squad. The Battle Bus will have a music track and be thematically skinned just in time for the party. Additionally, you’ll have the opportunity to earn a Pickaxe, Wrap and more cosmetics over the course of the celebration.

Don’t forget to grab Year 2 Birthday Llamas as they are filled with the “greatest hits” schematics from the past year of Fortnite. The party continues in the store on the 25th with a free Year 1 Birthday Llama… On us!