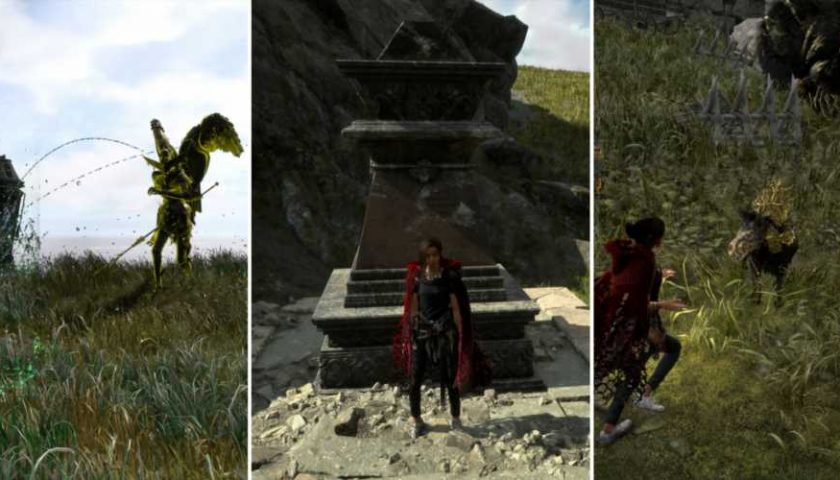 As you explore the region of Visoria, you'll come across many monuments – as you have been doing so since you began the game. Some of these are Monuments to Wisdom, and these hold the keys to Flashbacks, Forspoken's answer to challenge sequences in which you can earn lots of mana, valuable crafting resources, and bragging rights, depending on the scores you attain.

Visoria's challenges are quite tough – there's a footrace that involves some very steep drops, a hectic fight against so many flocks of birds, and a boss battle against some of Tanta Olas's favorite toys. Here's how to get the best scores. 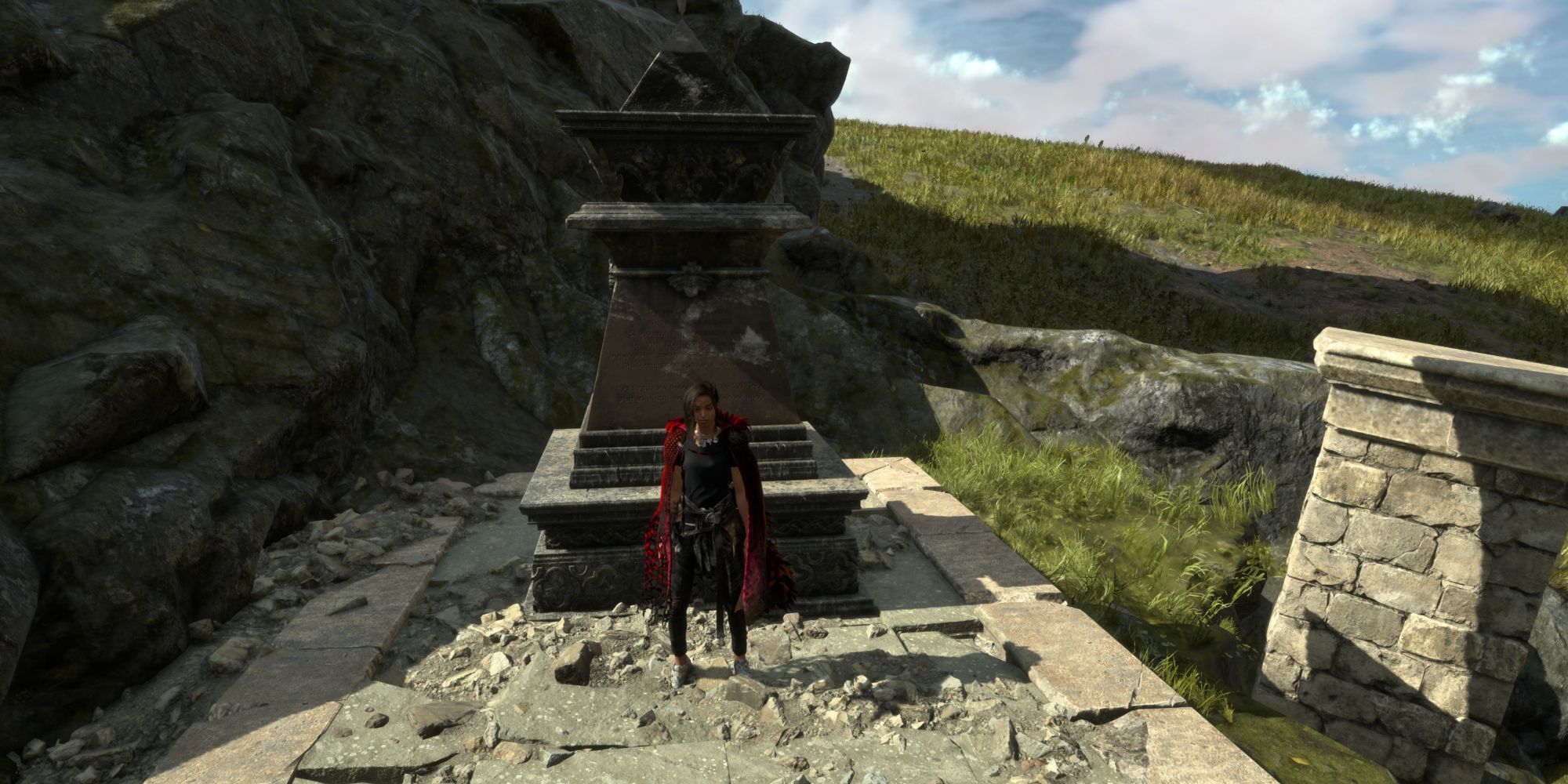 This is a simple 'take out all the enemies' flashback with some added racing. 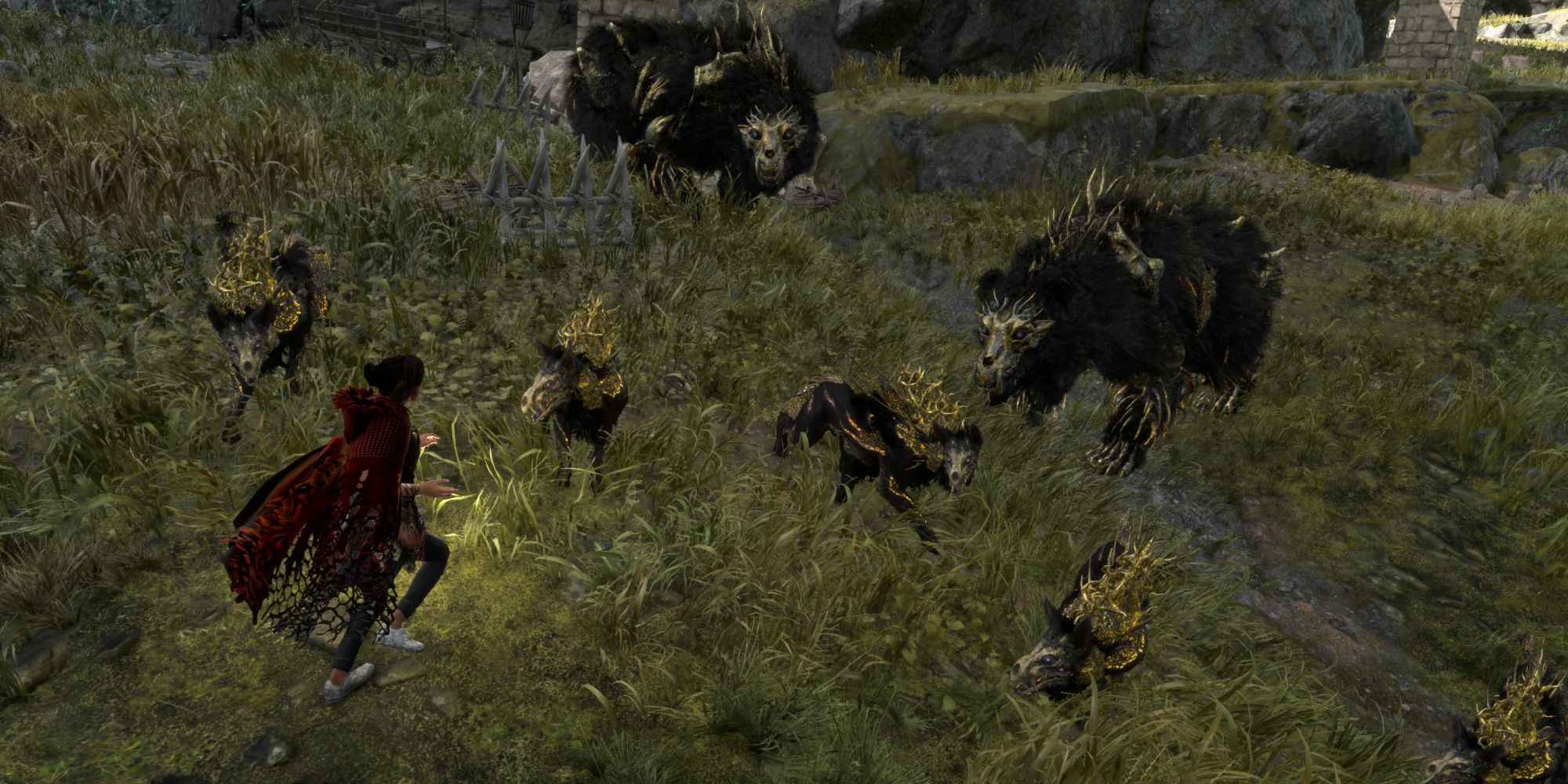 The waves in this challenge are all spread out, so follow the flag icons to find the next enemies when you're done with a wave.

The doglike enemies in this challenge are weak to Frey's Magic, so they're quite easy to beat with simple rapid-fire shots or Burst Shots. The Chapalania, however, are weak to Sila's Magic instead, and thanks to their large health pools, it's worth switching to that to take them out.

The final wave is the toughest to avoid damage on – try to take out the Amphicyon with area attacks – Surge Magic would be perfect, if it's charged. 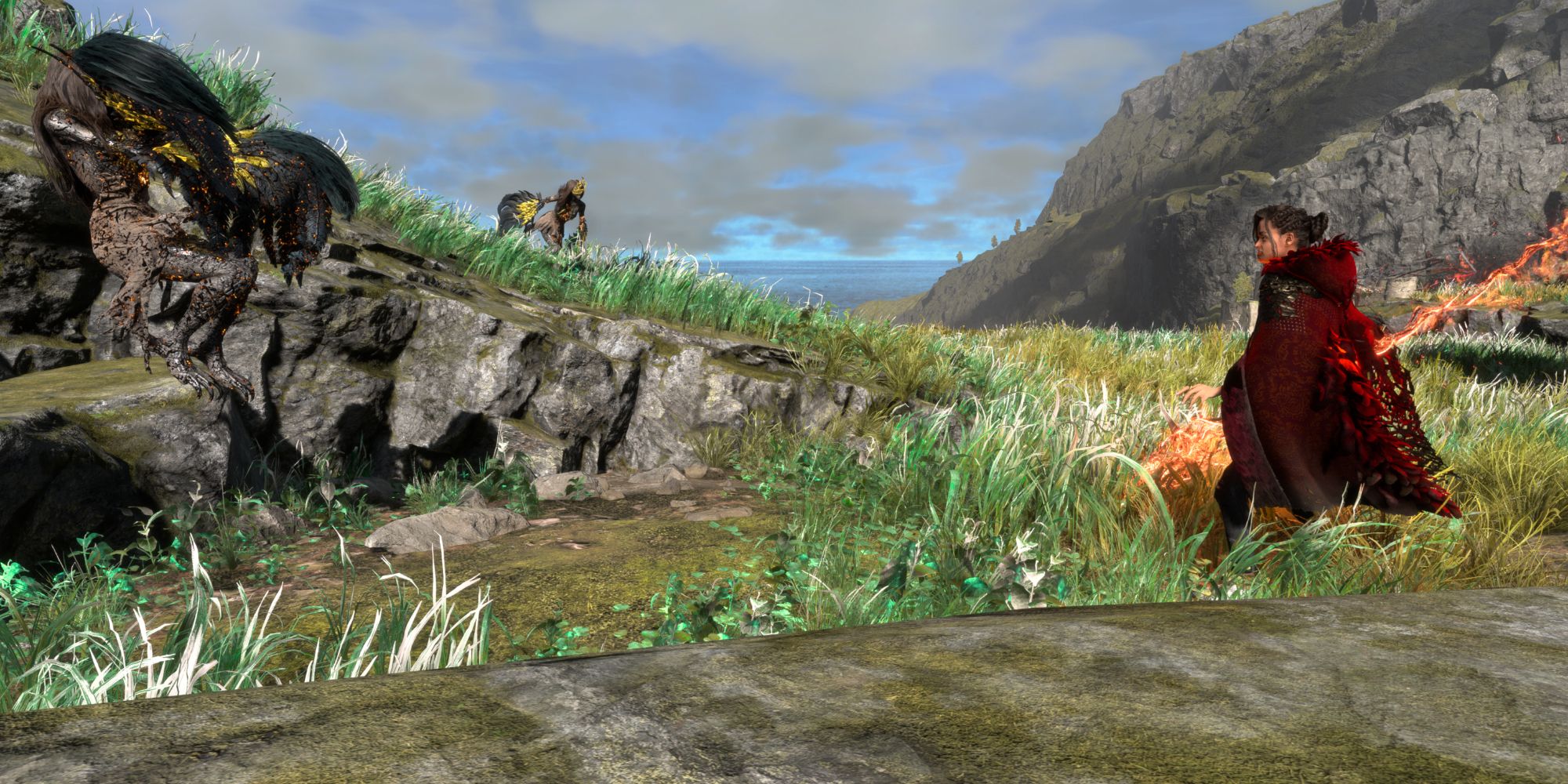 In this flashback, you'll need to avoid damage as you take out lots of flying enemies. 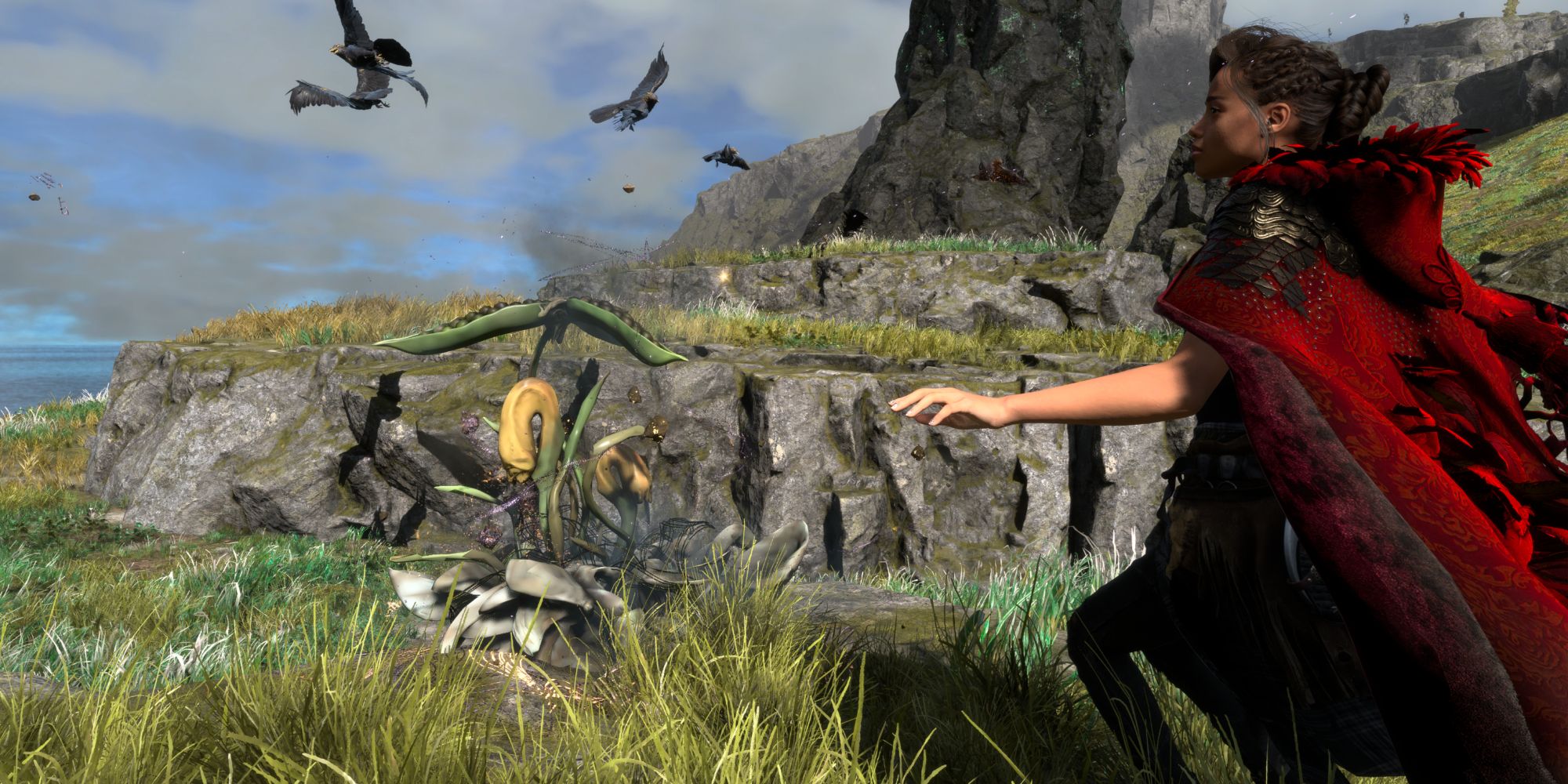 The flying enemies in this challenge are all weak to Frey's Magic – mashing the trigger button to shoot at them quickly will counter any speed they have as birds, and Disperse will help massively.

Kelaino, on the other hand, are weak to Sila's Magic. Use Blast Slice at a range to avoid their dazing attacks, and beware the huge swarm that spawns at the end of the challenge. Crucible will help out massively once the second wave of Kelaino spawns.

Academy Hills Flashback Challenge – Outpost At The Edge Of Despair 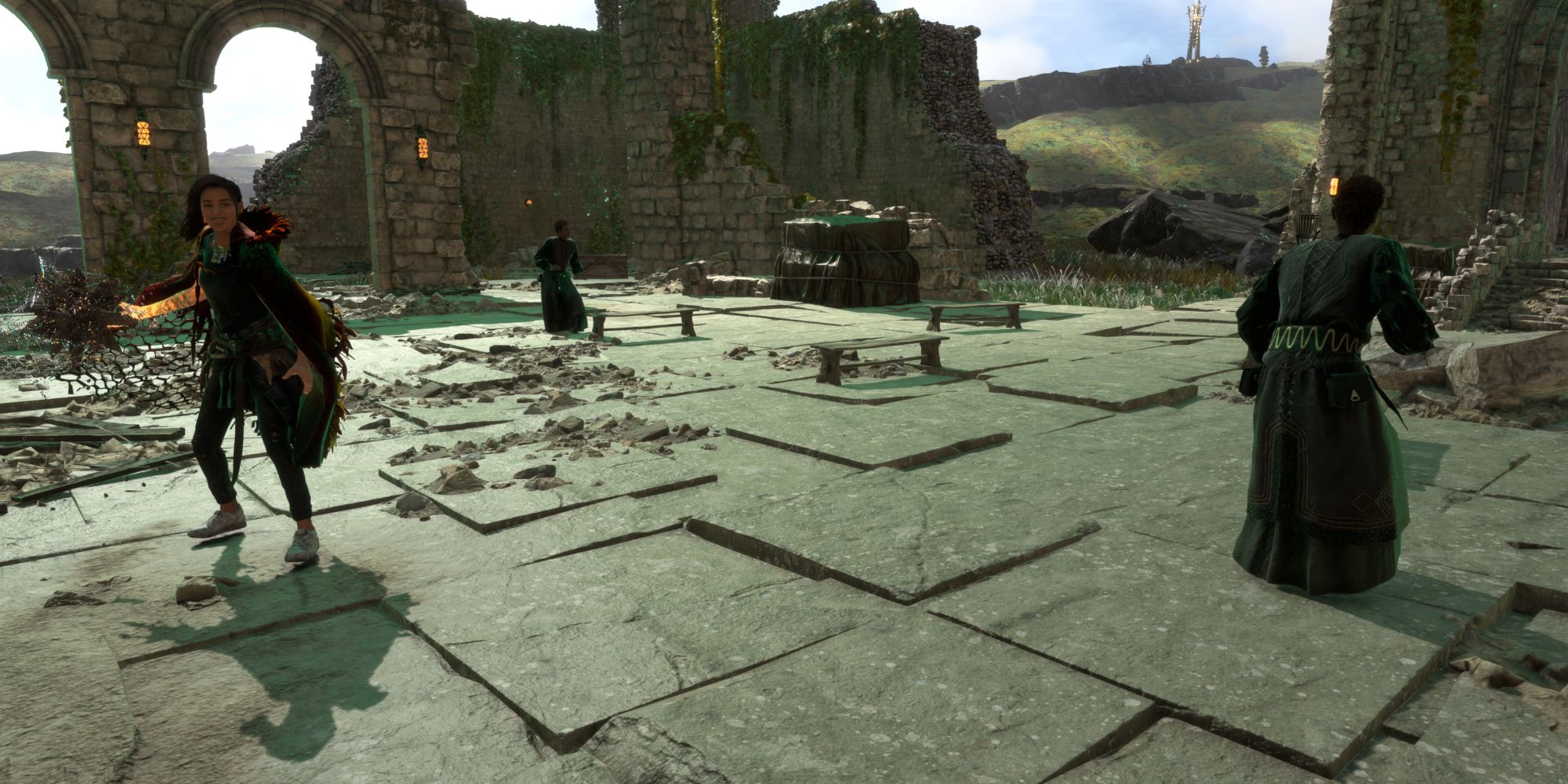 This tough challenge involves keeping some NPCs safe from enemies who want nothing more than to kill them. 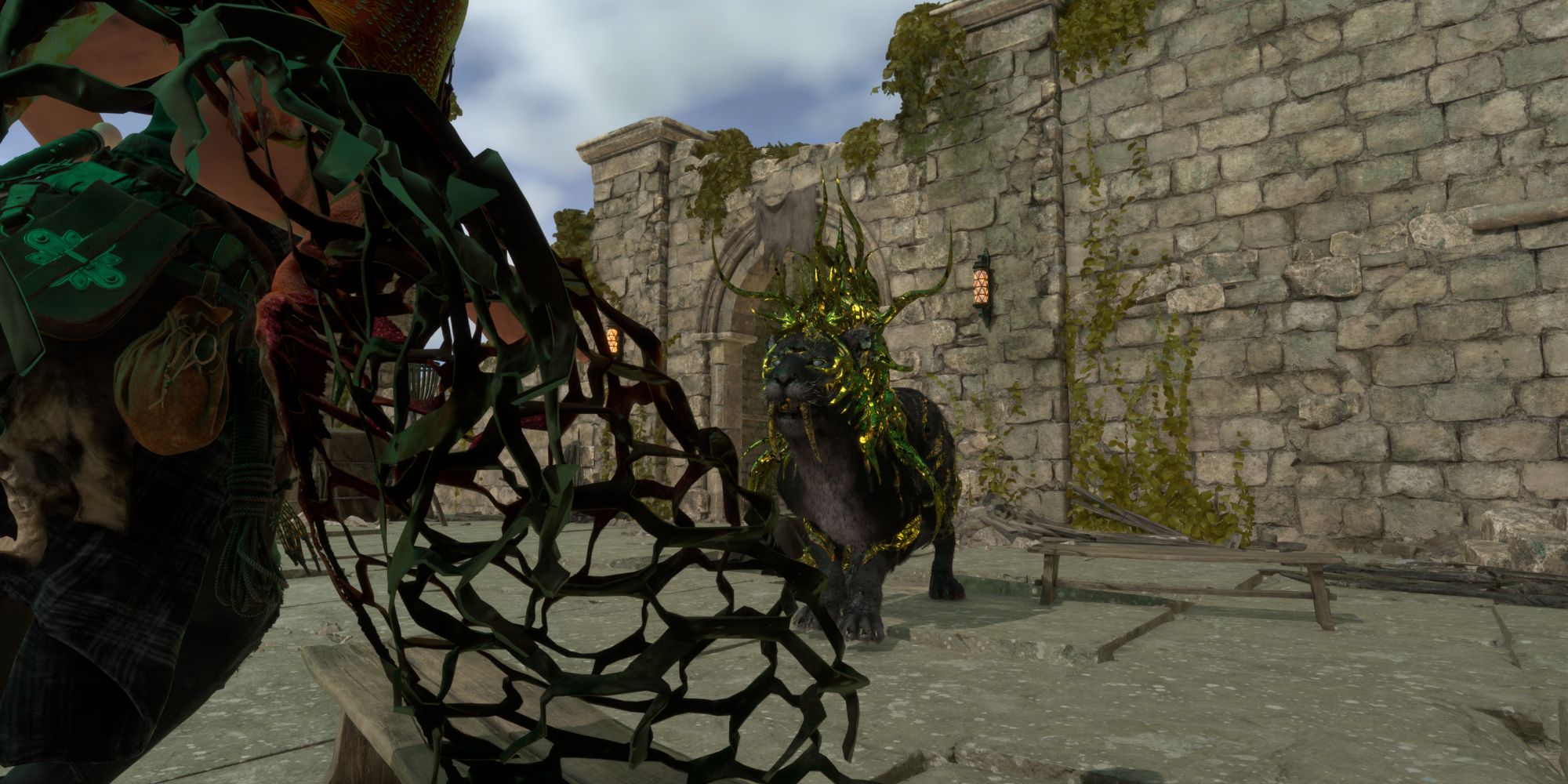 Knowing and taking advantage of your enemies' weaknesses is the key to success here. The dogs are weak to Frey's Magic, while the cats and bears are weak to Sila's Magic. When faced with groups of both cats and dogs, use your Support Spells (Disperse, Tendril, etc.) to deal with one group easily and then focus on thinning out the alternative.

When it comes to the bears, make sure you distract them and move them away from the townspeople quickly – they can deal a lot of damage with their large attacks.

Be wary once the Borophagus and Nunda Simulacrums join the fray. They can buff their allies with howls, making it very likely that any stray hit puts you in severe danger. 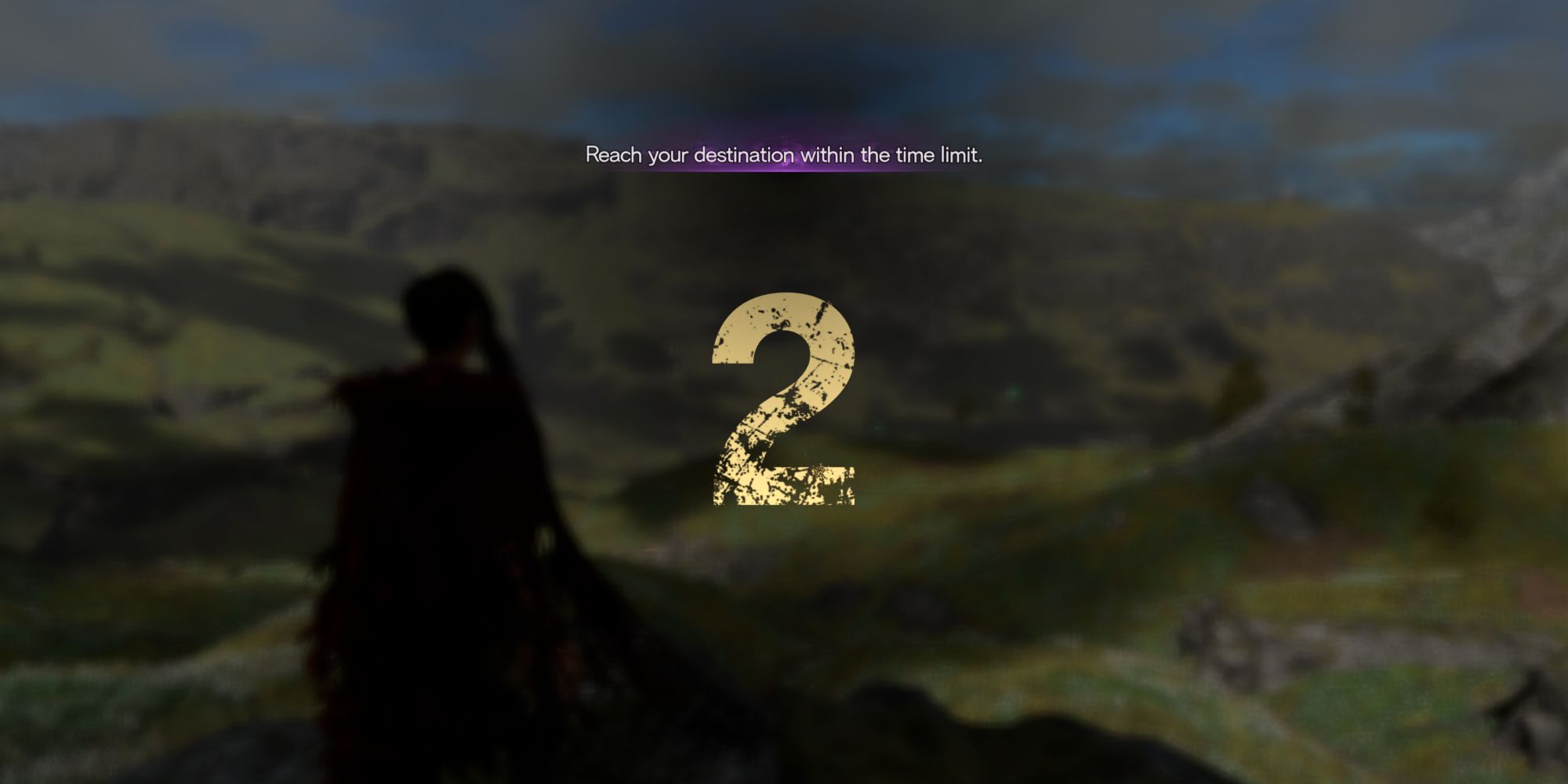 This is Visoria's racing challenge – all you have to do is reach the destination, taking the enemies out as you go. We recommend grabbing the Float spell from the Fount in Inner Visoria, just nearby, before taking this on.

This is the best challenge for farming Tall Aster. 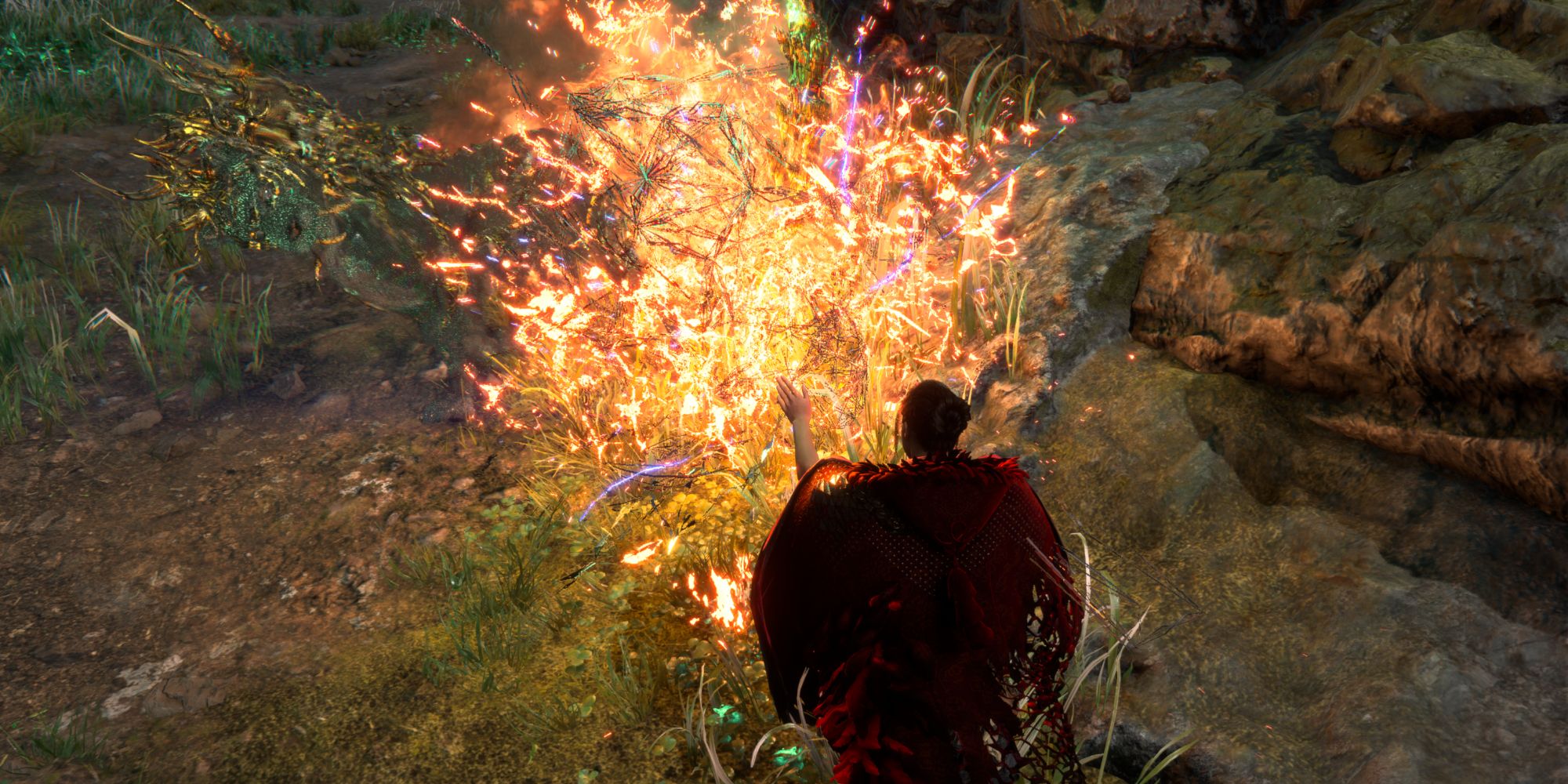 Your success in this challenge depends on how quickly you can kill the more annoying enemies, which would be the Thylacoleo and the Vorona. Boost your Purple and Red Magic stats as high as you can for the best success. 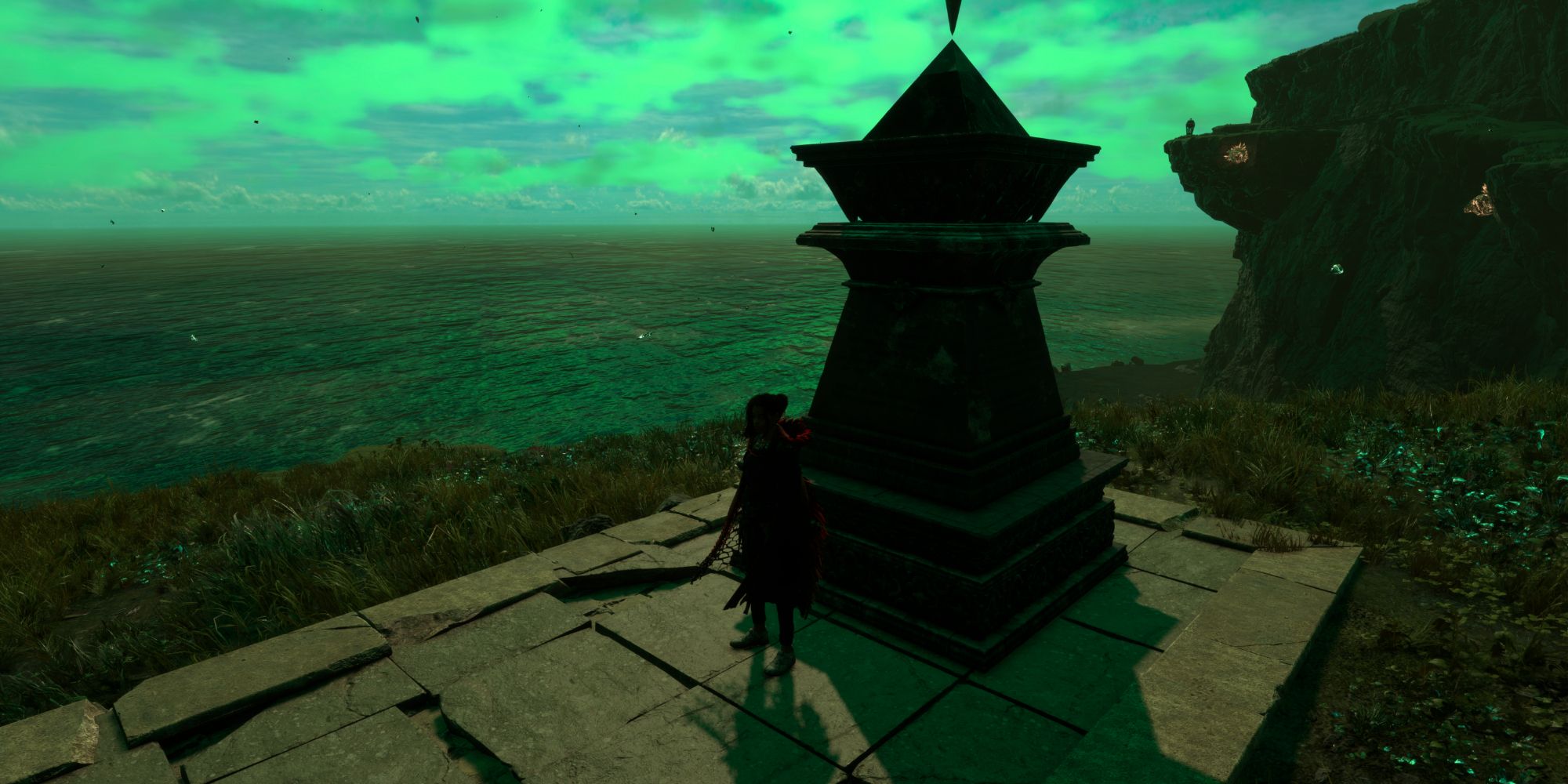 This is a unique boss fight challenge that has you destroying one of Olas's illusion lanterns. 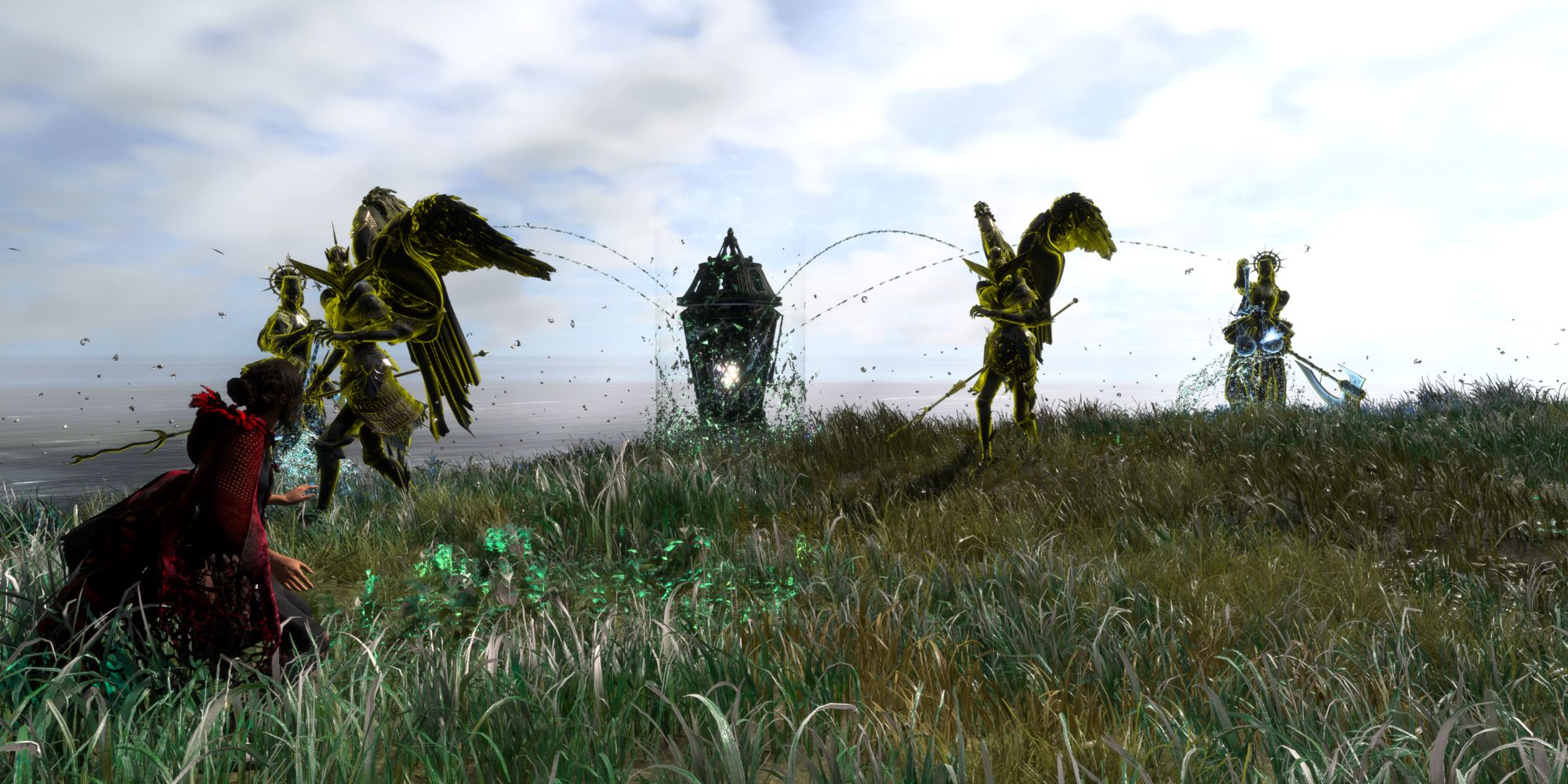 The boss is a Bardaga Lantern, meaning you have to take out the enemies it is connected to, these being two Recreant Knights and two Pitiless Arbiters. This makes this challenge a tough one unless you're a bit overleveled.