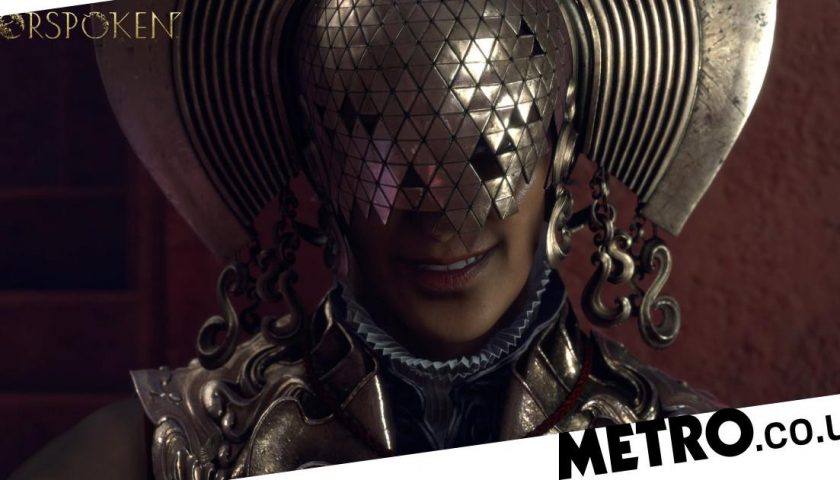 A new story trailer and blog post explains a bit more about Forspoken, with Uncharted creator Amy Hennig confirmed to be one of the writers.

Final Fantasy 16 may have been absent from the PlayStation Showcase, but a new trailer for Square Enix’s other PlayStation 5 exclusive, Forspoken, debuted and it’s revealed some new details about the gameplay and story.

The game was given a release window of spring 2022, with an update on the PlayStation Blog revealing that Amy Hennig is one of Forspoken’s writers. If the name doesn’t ring a bell, she wrote and directed the first three Uncharted games (plus the PlayStation Vita spin-off). Her work on Uncharted 2, in particular, landed her a Writers Guild of America award.

According to Square Enix, she created the story concept in 2019, having collaborated with Gary Whitta – whose writing credits included Rogue One: A Star Wars Story and Telltale’s The Walking Dead game.

She not the scriptwriter though, with those duties falling to Allison Rymer (who worked on the Shadowhunters TV series) and Todd Stashwick, who worked with Hennig on Visceral’s Star Wars game before EA cancelled it.

‘Writing Forspoken has been a magical experience,’ says Rymer, ‘The main character Frey is strong, complex and very relatable. I am excited for the players to connect with her.’

Stashwick adds, ‘Like Frey, it’s been a long, amazing journey for us. I’m thrilled to finally have people adventure through the story we have built. I’m so proud to be part of this team, giving a contemporary, fun, spin on the fantasy genre.’

Speaking of Frey, she is described as ‘a directionless, gritty yet street smart young woman who has persevered despite her rough upbringing in New York City.’

The game sees her transported to the world of Athia, where she is able to harness all manner of magical powers. Examples from the trailer include trapping enemies in balls of water, creating a giant sword made of fire, and impressive parkour abilities that look to be almost as fluid as Spider-Man’s in the Insomniac game.

Forspoken releases for PlayStation 5 and PC in spring 2022.