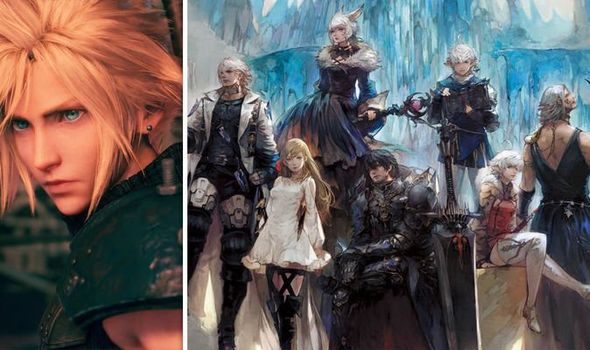 Final Fantasy publisher Square Enix is planning something major for the rumoured PS5 event in August.

The event – which is tipped to take place later this week – will give fans a look at even more PlayStation 5 games and exclusives.

And there are few games bigger than Final Fantasy, which will reportedly take centre stage at the event.

According to a new post on ResetEra, Final Fantasy 16 is in development for PS5, where it will be a timed exclusive.

Better yet, the game is said to be “closer than most people would think”, which makes it an obvious pick for Sony’s imminent PS5 event.

“XVI is real,” reads a ResetEra post by Navtra. “It was supposed to get announced in June’s event.

“It’s supposedly closer than most people would think. It has some kind of PS5 exclusivity (it was vague back then but it seems to be full timed exclusivity now). And I have no idea why they haven’t announced it yet.”

While these kind of rumours are typically a dime a dozen, this particular leaker has an amazing track record when it comes to the PS5.

Navtra correctly predicted the new Ratchet and Clank game, exclusive PlayStation Avengers DLC, and even the LittleBigPlanet spinoff for PS5.

The only bad news is that if Final Fantasy 16 is closer than we think, then Final Fantasy 7 Remake Part 2 must be further away than expected.

The first part in the Final Fantasy 7 Remake saga launched exclusively on the PS4 back in April.

Similar to Final Fantasy 16, the recently released FF7 remake is also a timed exclusive, meaning that Xbox One owners will have to wait until next April to get their hands on it.

On the plus side, it was recently revealed that Part 2 is out of pre-production and has now entered full development.

The game may also be split into smaller chunks in order to speed up the release schedule.

As for the imminent PS5 event, other rumours suggest that Sony will finally unveil its Silent Hill reboot.

The next Call of Duty release – titled Black Ops Cold War – may also get a gameplay reveal at the upcoming event.

Previous rumours have suggested that Sony is working on a PlayStation All-Stars Battle Royale sequel, while Konami may be planning a new Metal Gear Solid game.

Interestingly, the event will reportedly also feature a segment dedicated to Backwards Compatibility. This should clear up any confusion about what kind of support Sony is planning for older PlayStation consoles.