Ford has announced plans to enter the world of virtual Esports.

High-profile events like the Fortnite World Cup and DOTA Championships have helped put Esports on the map.

Indeed, in 2019 alone, the Esports industry is expected to generate more than $1 billion in revenue.

And fans of the racing genre can now get a piece of the action by trying out for one of Ford’s new Esports teams.

As part of Ford’s new Fordzilla Esports scheme, the company is planning to launch a number of international teams to compete in big events.

It all starts at the Gamescom event in Germany, where Ford will begin recruiting for teams based in France, Germany, Italy, Spain and the UK.

Ford is also creating a European super team made up of the best players from each national team.

Interested parties are advised to visit the Ford booth in Hall 8 at Gamescom, where they can attempt to set the best lap times in Forza Motorsport 7.

Additional team members will be recruited at various Esports competitions and events in the future.

According to Ford’s Roelant de Waard, the hope is to inspire a new generation of virtual drivers.

“We at Ford have a racing pedigree that others can only envy,” de Waard explained.

“Now is the time to take that know-how and apply it to the world of esports – capturing the imagination of a new generation of virtual racing drivers, inspiring them to take a ride in one of our Ford Performance vehicles.”

The views are echoed by Ford’s Amko Leenarts, who believes that the gaming community can help shape future journeys. 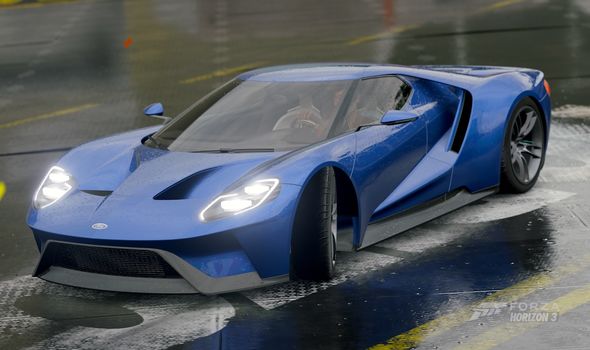 “The distinction between real and virtual worlds is blurring,” Leenarts explains.

“Gaming is now a part of mainstream culture. Top gamers challenge professional race drivers in real life and many of our day-to-day activities are ‘gamified’, from using fitness apps to collecting loyalty points for a free coffee.

“Harnessing the passion and expertise of the gaming community will help evolve our thinking around what future journeys will look like – something that we are all committed to and really excited about.”

Anybody who doesn’t quite make the cut for one of the new Ford teams can also try out the company’s 4D race simulator at Gamescom, as well as a selection of classic arcade games.