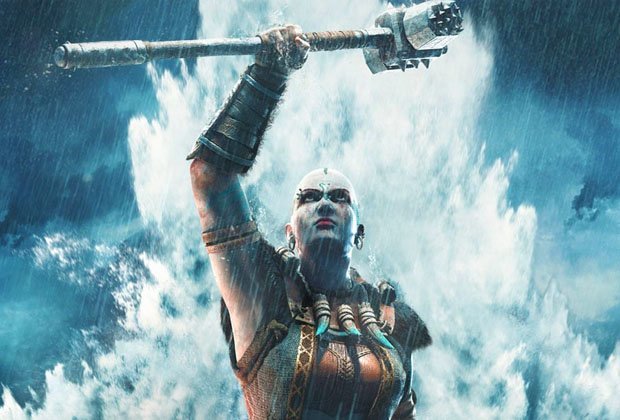 With the Hitokiri having left their ghoulish mark on Ubisoft’s flagship fighting game, For Honor is gearing up for yet another season packed full of fresh content.

Year 3 Season 3, also referred to as “Hulda”, is headlined by two major additions to the base game including one new Viking hero as well as For Honor’s second Breach map.

The Jormungandr is a hammer wielding zealot adorned with tribal face paint, tattoos, and other feral fancies.

Since For Honor’s launch back in February 2017, fans have been clawing for a hammer focused hero and the Jormungandr doesn’t look as though they’ll disappoint.

The team at Ubisoft Montreal gave us an early look at the new hero during its latest Warrior’s Den stream.

They usually run every Thursday, giving fans a look behind the curtain at what the studio is working on while highlighting community content and the game’s competitive scene.

The Jormungandr is a heavy class fighter that uses two hit chains and a mix of stamina depleting melee attacks. Instead of going for raw damage, they excel in wearing down their opponents before delivering powerful hammer slams to any target thrown to the ground.

This makes them particularly deadly in team fights when playing modes such as Breach.

Speaking of Breach, For Honor’s popular siege battles won’t all occur on the same map. Storr Stronghold is the first new battleground being added to this mode since it first debuted as part of last year’s Marching Fire expansion back in October.

So, how can you get your hands on all of this new content? Here’s some good news, it’s all completely free and available later today (August 1st).

Anyone who owns a copy of the base game will be able to play the new map for themselves. While the Jormungandr doesn’t require real money or a season pass to unlock, they will be exclusive to Year 3 pass holders for the first seven days. Following this short window, you’ll need 15,000 Steel to add the Jormungandr to your roster.

Year 3 Season will also include a number of balance changes and hero reworks with a particular spotlight on the Peacekeeper, Orochi, Nobushi, Valkyrie, and Shinobi, among others. These are available via the For Honor 2.11.0 patch notes.

Hulda offers a hefty slab of content and more than one reason for fans to march back into battle.

There’s no confirmed end date for Year 3 Season 3 though it seems likely that Season 4 will kick off during the first week of November (potentially November 1st).

What we know about this final season is that it will introduce our fifth Wu Lin fighter who appears to favour a long sword as their weapon of choice.