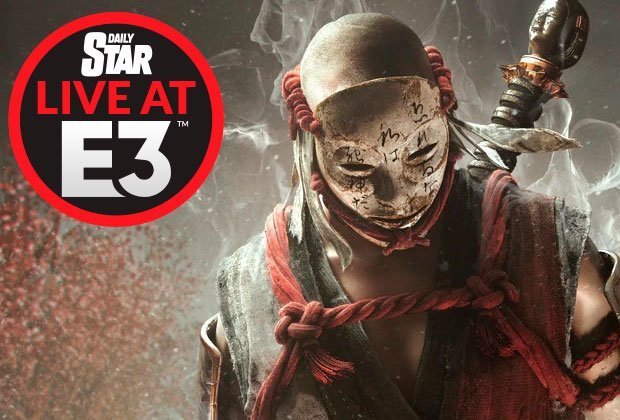 Following yesterday’s trio of press conferences from Microsoft, Bethesda, and Devolver Digital, Ubisoft will be taking to the stage to announce some news games, new content for existing titles, and will hopefully give us some insight into the publisher’s plans for next-gen.

After the usual pre show trail of leaks, we now know that Watch Dogs Legion will lead the vanguard, this promising third instalment in the popular series allowing you to take control of any in-game NPC.

Unfortunately, we won’t be seeing any more of the hotly anticipated Beyond Good and Evil 2 during E3 after last week’s developer livestream. All clues point to this being the first big next-gen title for Ubisoft, so it definitely makes sense to duck out and give other games their time to shine.

This being Ubisoft, gamers can also expect updates on its growing stable of “live service” online games including Tom Clancy’s The Division 2, Rainbow Six Siege, and of course, For Honor.

Ubisoft has settled in a comfortable groove with these games, supporting them with regular free updates and content. Each of them sports the same “Year Pass” model that is bound to appear in future Ubisoft games.

The Year Pass is very similar to the kinds of season pass we’ve seen game publishers trying to peddle in the past. However, a Year Pass will only grant early access to in-game content for these titles that is still available to anyone who owns a copy of that game. And some extra bonus goodies.

For Honor – What E3 announcement can we expect?

We’re already halfway into For Honor’s third year of post launch content. Like Rainbow Siege, the unique weapon based fighter certainly had issues at launch but has since come through for Ubisoft, having garnered a vibrant fan community.

In its first year, For Honor’s added eight additional playable heroes as well as four new maps, significantly expanding the amount of in-game content. For its second year, it adopted something a bit different: a premium expansion that introduced fans to a new faction, the Wu Lin, with four new characters. Ubisoft also added the popular Breach game mode which fuses For Honor’s multiplayer combat with a MOBA style setup for cinematic siege battles.

Year 3 has changed things up again. On the surface, it seems that the team at Ubisoft won’t be adding as much content this year with four new heroes – one for each faction planned with each new season.

We’ve already seen two of these – the shield-wielding Black Prior and the spooky Hitokiri. We aren’t due to hear anything about For Honor’s next hero, so it’s hard to say exactly what Ubisoft has planned for the game when it makes an appearance during E3.

Ubisoft hasn’t said how prominently the game will appear in its press conference. It could make a short cameo with the publisher waffling about its commitment to live service games though we hope there will be more to it than that.

Having already laid out its Year 4 content, it seems very unlikely that Ubisoft will reveal additional characters but that doesn’t mean that a new mode is completely out of the question.

Last year’s Marching Fire expansion added new singleplayer content with its Arcade Mode – maybe the developer has plans to expand this or even make it available to everyone who owns the game.

Building more lore around For Honor has definitely been more of a focus for Ubisoft, so we may even see new narrative-focused cinematics.

One thing you can be sure of, however, is that there won’t be mention of a For Honor 2. Again, we’ve yet to wrap its third year of post-launch content and Ubisoft has already hinted that its big live service games will be making that next-gen leap to the PlayStation 5 and the next Xbox.