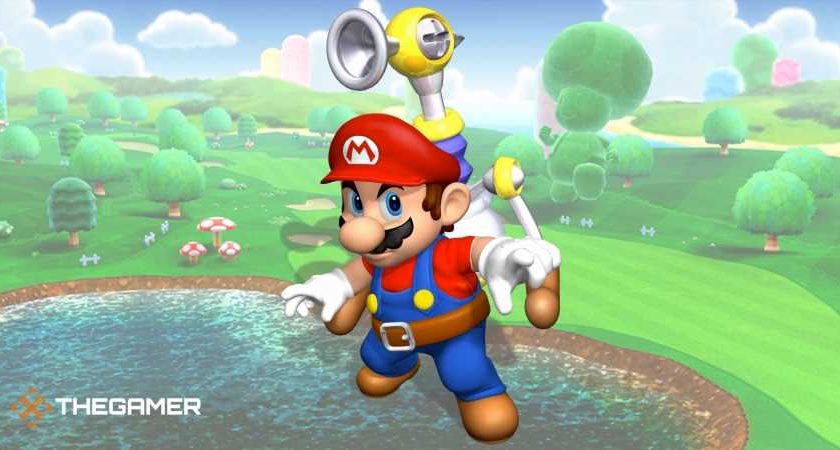 Super Mario Sunshine holds a weird place in the Nintendo community. It often gets treated as the awkward middle child in Mario’s 3D collection, but for us GameCube kids it’s always going to hold a special place in our hearts. The main gimmick of the game was FLUDD, The Flash Liquidizer Ultra Dousing Device (thanks mariowiki.com), who added new platforming abilities for Mario to exploit.

Yet poor FLUDD is seldom seen as of late. Sure enough, he’s made it into all the Smash games since Brawl, but that’s it outside of Sunshine. With the launch of Mario Golf: Super Rush earlier this week, has he made a triumphant return? Well, kinda. As spotted by one player, FLUDD makes a cameo as a dismembered head.

That’s right kids, FLUDD really is dead. And his head is being used as a trophy on a golf course. First Mario, and now this.

Despite the character of FLUDD not making it into other titles, FLUDD heads are dotted around the series. The lifeless FLUDDs have made appearances in games such as Mario Power Tennis and Mario Kart Arcade GP.

I know what some of you will be thinking, “but FLUDD’s already dead, right?” Some have wondered this, but any true Sunshine fan knows that the companion did in fact make a full recovery after suffering damage fighting Bowser. Maybe there were long term health implications that got him in the end? Maybe participating in Smash Bros. was just too much? I don’t really want to think about it.

This morbid little cameo isn’t the only thing Mario Golf: Super Rush players are talking about. As we reported yesterday, Nintendo communities are debating whether or not the game is good value for money, with the small number of courses and short campaign being cited as an issue. In fact, just a day after the game’s launch, a player already completed the game in under an hour. Players not intentionally speedrunning the golf game report that the campaign is finished in around four hours.