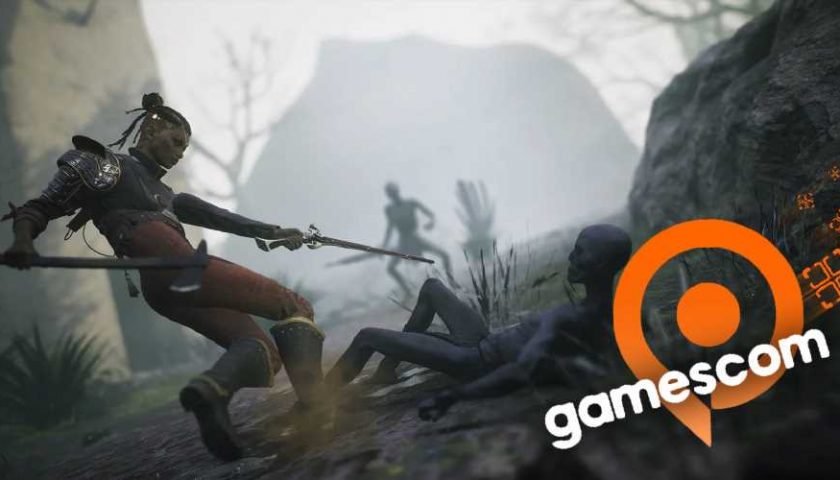 What do you get when you cross ancient Mesopotamien myths and imagery with Napoleonic technology? The answer is Flintlock: The Siege of Dawn, an upcoming game that has shot up my most anticipated list. Developer A44 Games describes it as a cross between Elden Ring and God of War, and after seeing the explosive traversal and devastating magical combat in action during a Gamescom preview, I can see why.

I watched as protagonist Nor Vanek launched herself up and over rocky ledges, propelled forth by the power of a magical gunpowder explosion, perfectly befitting her flintlock pistol armament and the game’s over-the-top namesake, and an excellent way to get around in an open world action RPG. It’s one of the few magical flares she’s allowed, with the rest reserved for her mystical animal companion, Enki. They balance each other out well. Among his many abilities is the power to siphon the skills of the Old Gods that have entered the world through an opened portal to the underworld who are currently laying siege to the city of Dawn. Hence the name.

Combat is a satisfying mix of ranged, melee, and magic. Nor can use her pistol to get some chip damage in from afar before closing in for a vicious axe strike, while Enki uses his magic to suspend a foe in midair as crowd control, giving her space to use brutal finishers to send enemies back to hell. There’s a fluidity to it all that’s encouraged by the game’s systems, too. Ranged kills reward armour, encouraging a more up-close and personal fighting style, while melee kills offer more ammunition, meaning once you’ve taken a few blows you can back off and fire away from a safe distance.

The developers told me the enemies were “designed musically at first,” meaning there’s a rhythm to the combat that you can figure out to make fighting them easier. As it stands, the fights look challenging – the developer doing the demo even died fighting a mini boss. Watching it did remind me of the flow I’d get into while playing Sekiro, so I'm excited to see how it feels in my own hands.

You can control Enki during skirmishes much like God of War’s Atreus, with more abilities unlocked as you level up and progress. He also aids exploration, with magical abilities that see you zip through the air through triangular rips in the fabric of reality. Levels themselves are gorgeous, with imposing architecture inspired by ancient Mesopotamien imagery. Enemies are suitably otherworldly and characters are brilliantly weaved into the world – both literally and metaphorically. 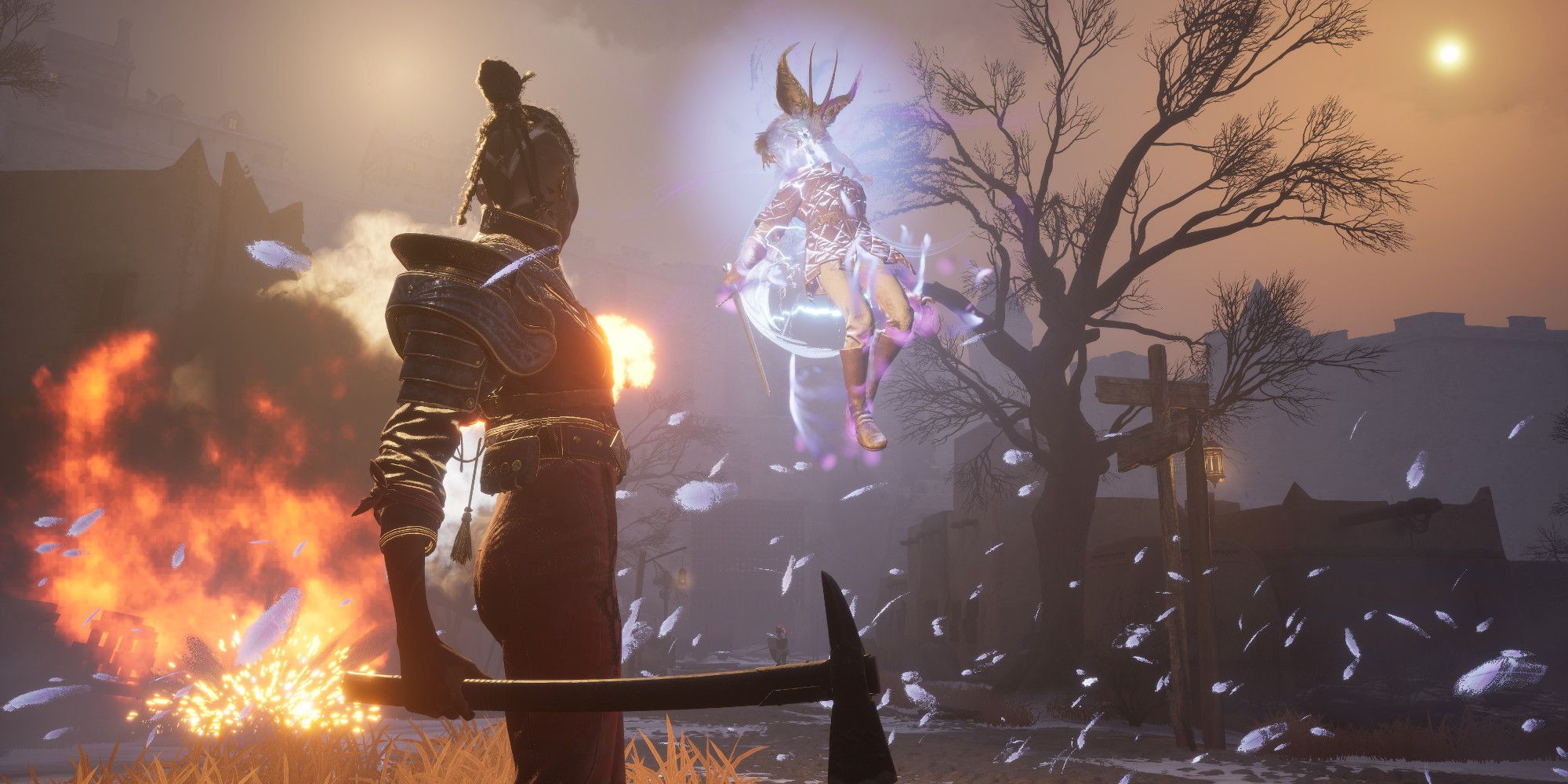 One section sees Nor and Enki enter a large library to kill the colossal Old God of knowledge that resides within. The spirits of long-dead scholars have physically fused themselves into its walls, giving the whole structure an eerie feeling as glowing eyes watch your every move. It's a fitting setting for such a battle, which is as epic as you’d expect from a game about slaying gods. It’s typical soulsborne fare, with telegraphed attacks, AoE moves, and a spectacular arena to duke it out within.

You’ll find other spirits in the world which are far less menacing, with several combining to form a friendly, multi-armed barista that simply loves coffee. The devs said that, put simply, if someone liked something in life, they fucking love it in death, so expect to see more enthusiastic spirits relishing in their favourite things. 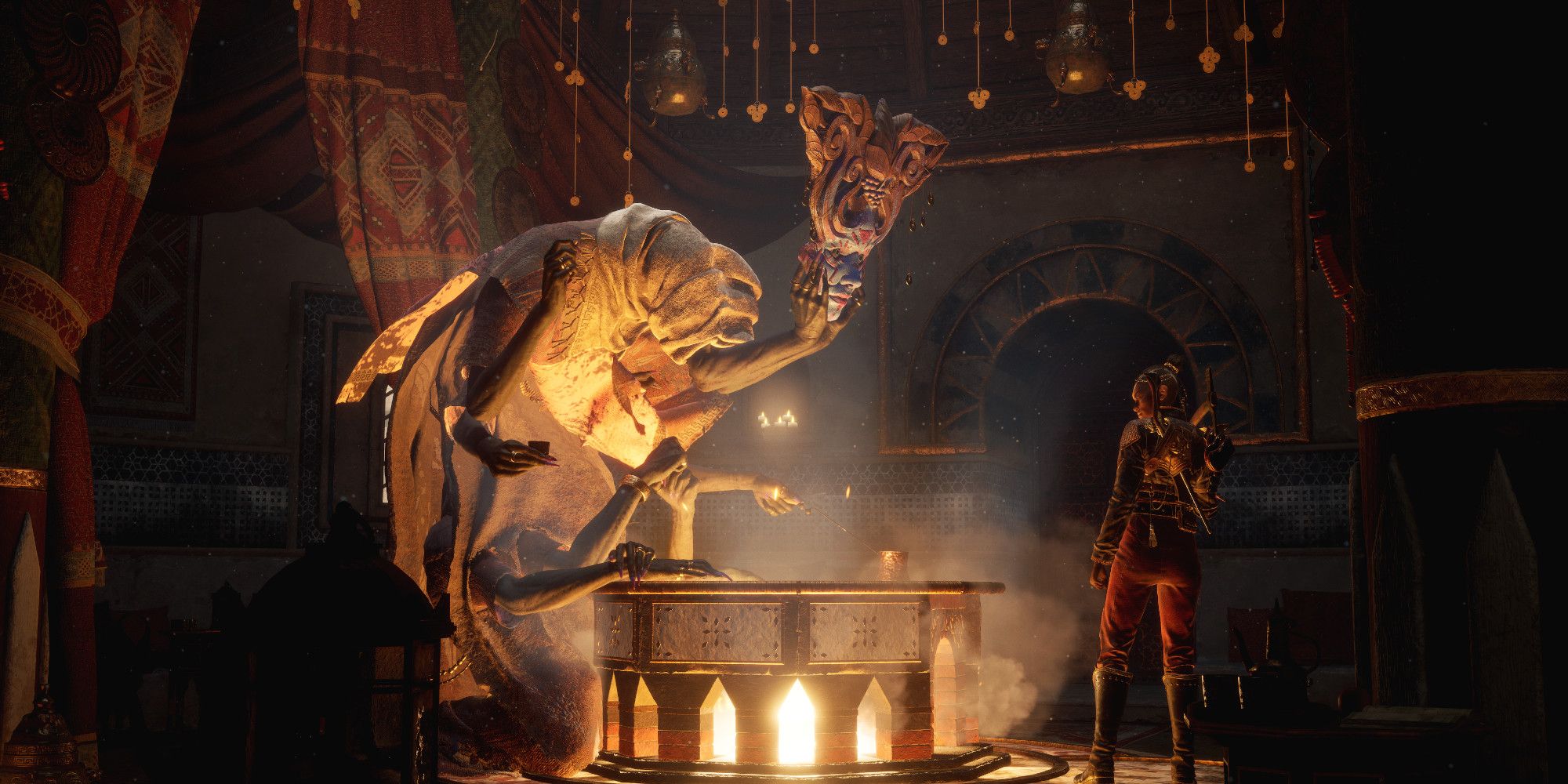 The undead barista is part of a number of coffee shops where you can go to hear rumours and gather information about the world – no doubt they’ll be the source of many side quests. As well as these respites dotted around the world, you’ll also be able to clear towns of monsters to create safe zones. Many parts of the game will still feature respawning enemies as is typical of a soulslike, however.

You’ll also be followed around the world by a travelling town that packs down into a large caravan. This starts off as just a dude with a guitar, but grows as you progress into a flourishing wandering village. Here you can upgrade your gear and buy new firearms such as a sniper rifle that can hit enemy weak spots from a distance. You’re locked into the axe, however, as it’s designed to be Nor's signature weapon, complete with unique animations that seamlessly blend ranged and melee combat. 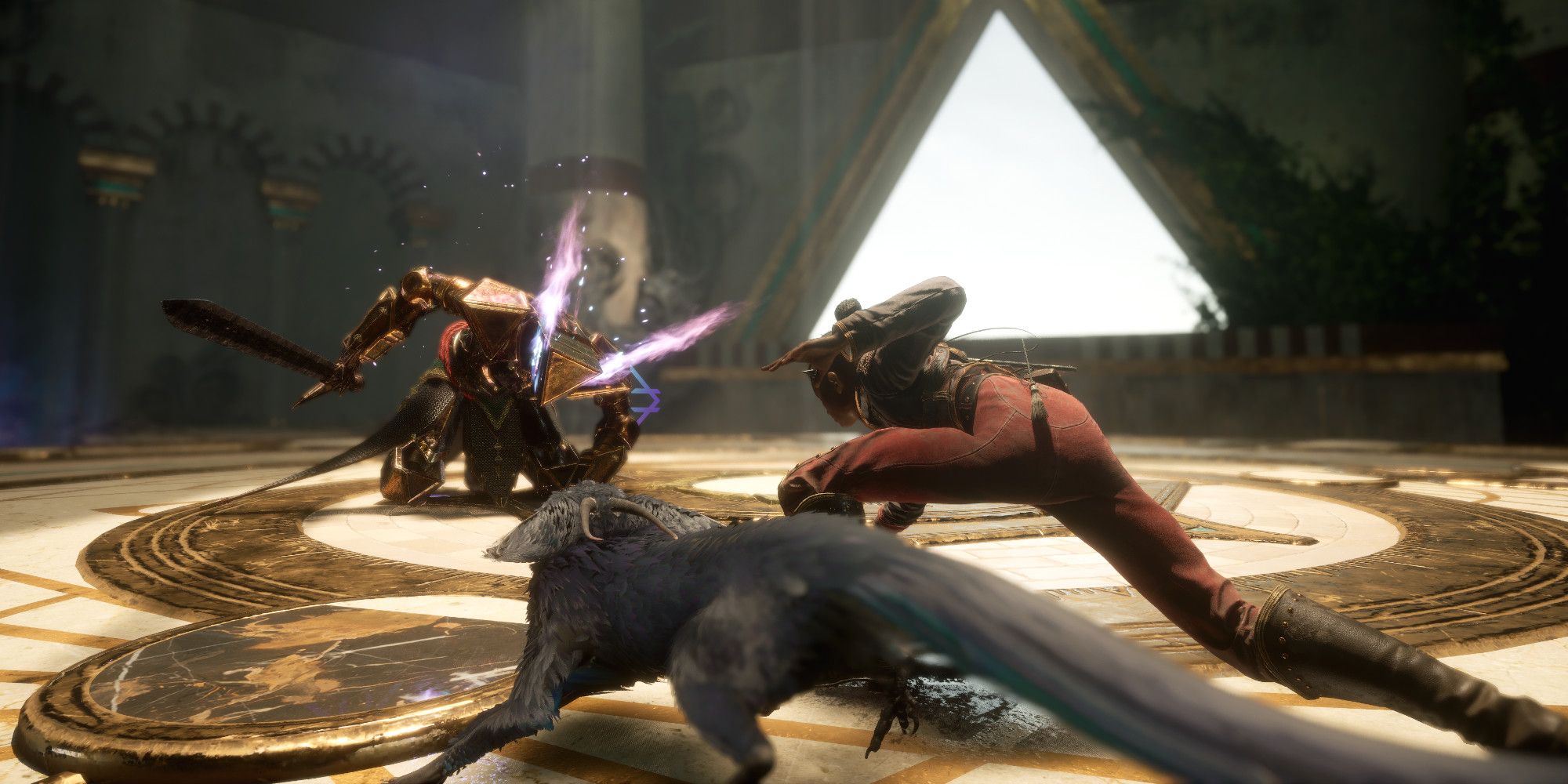 Flintlock: Siege of Dawn looks like more than the sum of its parts, and its parts all look pretty shiny at the moment. A fast-paced, soulslike action-RPG with an ancient setting sounds exciting, but also seems hard to pull off. What I’ve seen so far doesn’t disappoint, and I have faith that A44 will stick the landing when it launches in the first half of 2023 – launching day one on Game Pass. Every element of the game looks polished to perfection – a hard task with all the gunpowder that must be flying about.