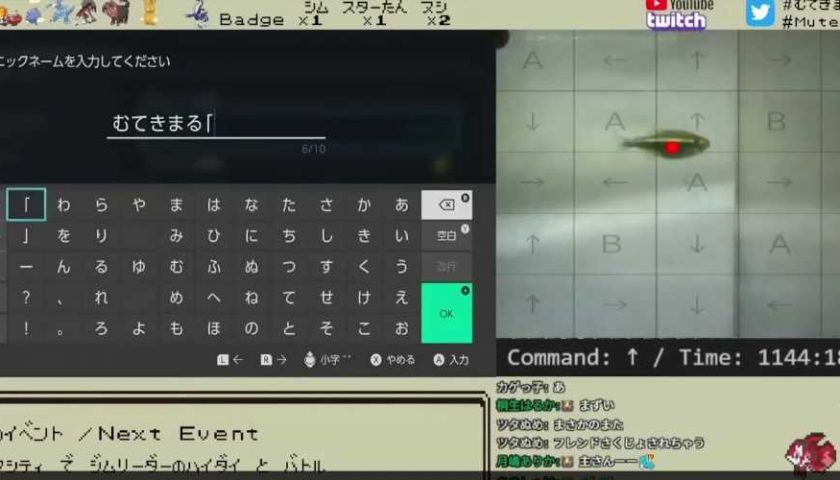 In what may be the strangest gaming news all day – maybe even all week, but it's only Tuesday – fish playing Pokemon Violet on YouTube have accidentally leaked their owner's credit card information.

As reported by Nintendo Life, (via NME), when the game crashed, the motion tracking software used to determine its button inputs stayed on, and the fish opened the Nintendo eShop and added ¥500, revealing owner Mutekimaru's details.

Mutekimaru has previously streamed his fish playing Pokemon Crystal, LeafGreen, and Sapphire, all without accidentally doxxing himself. These previous playthroughs lasted for over 20,000 hours, which, considering these games are being played by actual fish, is pretty impressive.

As well as revealing Mutekimaru's credit card information, the fish also changed his nickname. A far less serious and more adorable consequence. The fishy activity led to an email being sent to the YouTuber. In the video they ask, "have you ever been sent an email by your pet?" No, no I have not.

In some sad but probably safe news, Mutekimaru has announced that this will be the last Pokemon game his fish finish. Stories like this are great at reminding us you should never work with children or animals, as they may accidentally reveal your financial details to the world.

In other Pokemon news, Greninja will be coming to Scarlet & Violet via a Tera raid event. It'll be a seven-star raid, and its Tera type will be Poison, a nice fit for the ninja frog. It's still not quite a poison dart frog Pokemon, but it'll have to do for now. You can try your hand at grabbing this 'mon from January 27-29 and February 10-12. This frog is limited to one per save file, so you can't catch more than your fair share.

Also, the Ultra Beasts will be coming to Scarlet & Violet but won't be considered Sub Legendary 'mons anymore. It's not sure when they'll be coming, as this information is the result of datamines, but if they're not legendaries you could be allowed as many as you want on your team in competitive formats.