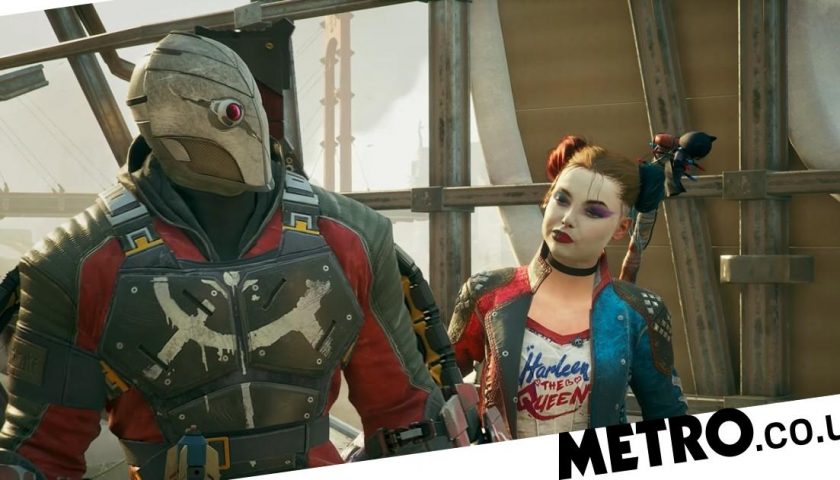 Batman: Arkham Asylum developer Rocksteady has finally shown off gameplay footage for their Suicide Squad game and it looks… okay?

It’s been six years since the release of Batman: Arkham Knight and developer Rocksteady, once one of the most promising up-and-coming developers in the industry, have barely said a word in public since then, only recently revealing they’re working on a multiplayer Suicide Squad game.

It doesn’t have anything to do with either of the movies though and a pre-rendered announcement trailer last year revealed that it is a four-player co-op game featuring just four characters: Harley Quinn, Deadshot, Captain Boomerang, and King Shark.

The gameplay footage doesn’t really reveal much in the way of new information, with all four characters using guns, even though only Deadshot usually does in the comics, as well as their own signature weapons and/or moves.

Deadshot has a jetpack and King Shark acts like the Hulk but more bitey but really, they could be just about any character and it wouldn’t make much difference.

The fact that you’re fighting the Justice League (the game is subtitled Kill The Justice League) is the only thing that really ties it to the comics, with this new trailer focusing on the Flash.

All the heroes (or at least Flash, Superman, and Batman so far) seem to have been brainwashed by supervillain Brainiac but, as with the first Suicide Squad film, how Harley Quinn with a baseball bat is supposed to take down Superman is a mystery.

You can never go wrong with a good co-op shooter, but it does seem a bit of a waste of Rocksteady’s talents, unless there are more gameplay and story elements than this trailer suggests.

The game is next gen only and so will be released on Xbox Series X/S, PlayStation 5, and PC sometime next year.