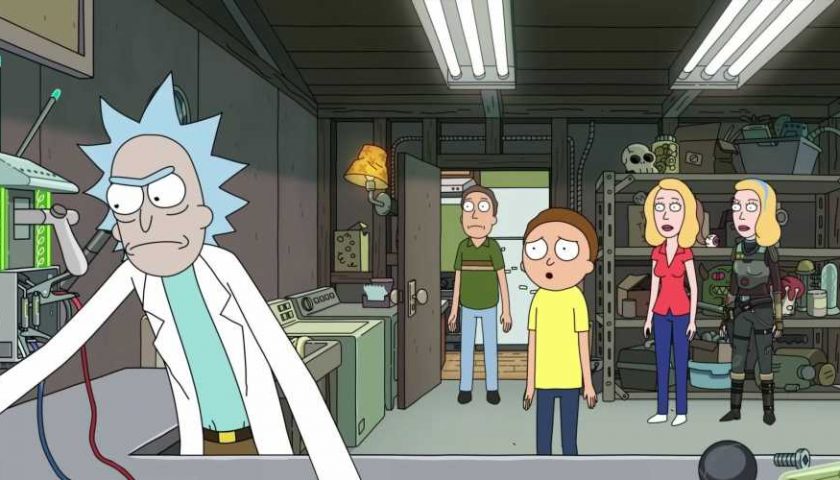 The first trailer for the sixth season of Rick and Morty shows the return of Space Beth and Roy: A Life Well Lived from Blips and Chitz.

We're just a few weeks away from the debut of Rick and Morty's sixth season on September 6 and to celebrate, Adult Swim has revealed the first full trailer, giving us a much better idea of what the season will be about.

The trailer starts by showing Rick and Jerry (who is dressed like Morty here for some reason) sitting outside a building and ready to storm it. We then see Rick telling the family, including Space Beth for some reason, that they're going to try and disappear from their reality, presumably to hide from Evil Morty after the events of the last season.

It seems like the threat isn't too large, however, as Rick and Morty are then seen with Summer in Blips and Chitz playing Roy: A Life Well Lived, before Rick tells Summer to do a "Die Hard". A few more clips show Rick and Jerry hanging out in some kind of office while being shot at, the family all in pajamas, and what looks to be a more plot-centric episode where Rick and Morty are fighting back against something that is apparently clearly a trap.

Interestingly, following on from the end of Season 5, Rick isn't seen using his Portal Gun at all throughout the clips, and is instead shown using the spaceship a lot more. The final episode of Season 5 saw Rick's Portal Gun supply being tampered with and all of it being removed from The Citadel, seemingly leaving him without the ability to use it, which seems to be a plot point within this latest season. Or it's just not in the clips and I'm overanalysing.

This is actually our second trailer for Rick and Morty Season 6, as earlier in the week Adult Swim shared a teaser that recapped the last season and showed a massive spoiler tag talking to the pair, apparently overexplaining the plot.