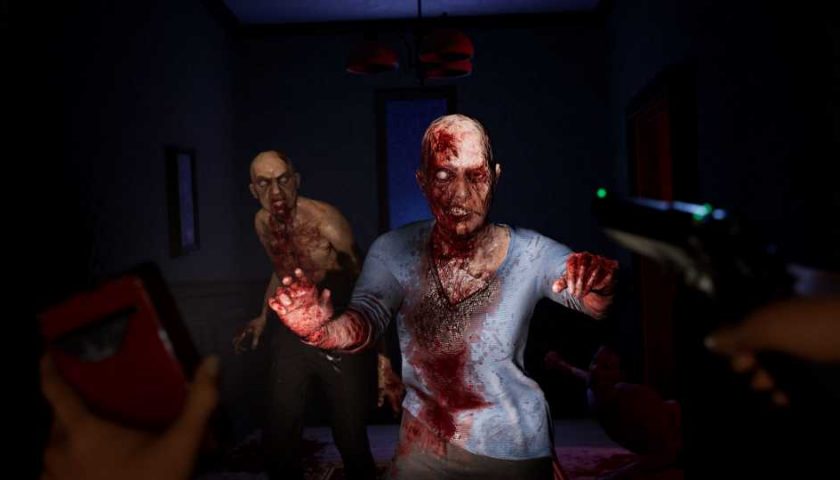 Nearly four minutes of gameplay debuted at the AG French Direct event last week. It shows pre-alpha gameplay from the title that was first announced at the Upload VR Showcase last December.

Though only an early glimpse, it gives us a good idea of what to expect from developer WanadevStudio’s latest project. Paradise Hotel seems to be heavy on the horror vibes, with players exploring darkened rooms crawling with undead enemies. We also see VR-specific elements like physical weapon reloading and an inventory system, as well as first aid sprays you actually spray on yourself (a nice nod to the Resident Evil series).

It’s certainly different to 2020’s Propagation VR, which offered co-op wave shooting. The game was released for free with the multiplayer element launched as premium DLC, and it gained positive reactions on Steam. Paradise Hotel, in comparison, will have a full single-player campaign with traditional survival horror elements like scarce resources and puzzles.

Currently, the game’s planned for a late 2022 release on PC VR, though it is destined for all major headsets. That means Quest and PSVR/PSVR 2 versions are likely, but no word yet on if they’ll release in the same window or later down the line.

What do you make of the Propagation: Paradise Hotel gameplay? Let us know in the comments below!