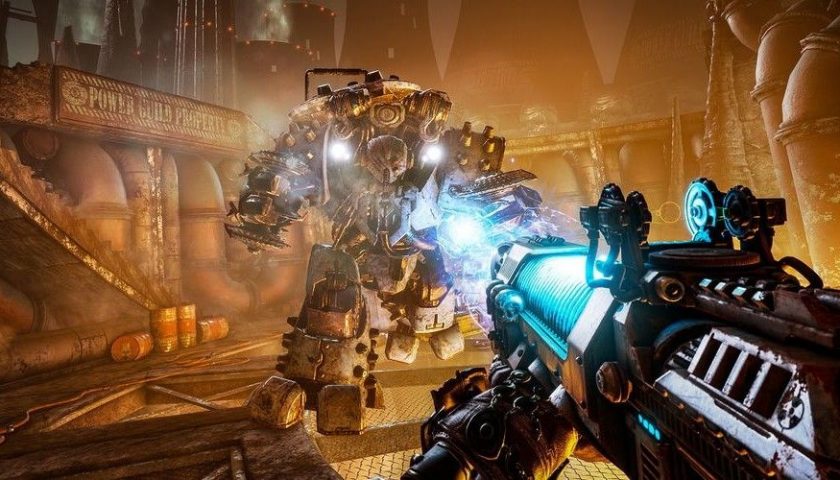 Necromunda: Hired Gun is a fast paced, shooter set in the Warhammer 40,000 universe. Unfortunately for developer Streum On, reports about the game’s audio and performance were reported within days of its recent launch. However, the first patch for the game is now out, and aims to fix some of these issues.

The update addresses issues pertaining to the overall voice acting volume being too low. Additionally, issues with regard to missing sound effects have also been addressed. The game suffered from constant audio issues, sometimes resulting in no voice overs or background audio at all.

Performance was another problem that the game suffered from. A game as fast paced as Necromunda becomes unplayable if stuttering is a constant issue, however the developer has acknowledged the issue, saying that it will be addressed in a later update. Hopefully it won’t be too late.

The bug fixes address issues like prompts not appearing, faulty aim alignment, and invert camera options. Another common problem that the patch addresses is the misaligned aim assist while using a controller.

“We’re happy to release our first patch on Steam. It includes various fixes based on your reports since launch. This is only a first step and we continue to work on various topics, including the stutters that some of you encounter. You can check out our last community update for more info about what we are working on,” said the patch notes.

The stuttering issues seem to be the most common and are by far the most urgent ones that need addressing. In it’s previous community update, the developer mentioned that it does not have a particular ETA for when all of the fixes will be made. However, considering the speed at which the first patch came out, we might not have to wait too long.

In Necromunda: Hired Gun, you play as a bounty hunter searching for your mark underneath the hive cities of Necromunda, an industrial world dominated by massive urban environments that practically span the entire planet. Necromunda is known for its dystopian, anarchic society where rival gangs engage in open warfare and violence runs rampant.