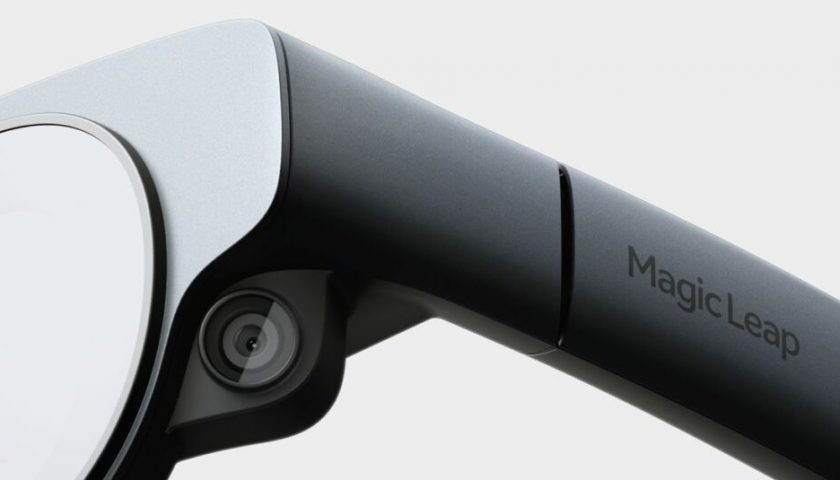 After much hype augmented reality (AR) reality company Magic Leap launched its first device – the Magic Leap 1 – back in 2018. It didn’t quite set the tech world on fire, with the following years seeing plenty of upheaval including new CEO Peggy Johnson appointed last year. Today, Johnson has teased the first image of what’s likely to be Magic Leap 2.

Johnson shared a post on Linkedin with a very cropped image of the new device saying that she’d be sharing further details on CNBC’s PowerLunch programme today. While the singular image doesn’t reveal a great deal, the new device certainly looks smaller and more stylish than Magic Leap’s previous generation AR headset. The form factor seems to be more in line with other AR hardware manufacturers, going for a more fashionable smart glasses approach to help widen its appeal.

Whilst it might not be the Magic Leap 2, information up to this point would suggest it is the follow-up device. The Microsoft and Qualcomm veteran joined Magic Leap back in 2020, announcing earlier this year that the initial rollout of Magic Leap 2 would take place by the end of 2021. At the time she said: “we’ve made the product half the size, about 20% lighter,” which would fit with this image.

Those in Magic Leap’s early adopter program will be given first access, slated to be in Q4, with general availability taking place in Q1 2022. Hopefully, today will see the company finalise some of those details and maybe even release a price for its next device.

Don’t expect it to be coming in at a consumer price point though. Magic Leap is still firmly focused on the enterprise market, encouraging businesses to utilise AR, whether that’s for training, collaboration, design or any other use case.

Most of the news out of Magic Leap in 2021 has concerned partnerships, from integrating NVIDIA’s CloudXR tech to teaming up with AMD. Most recently, last week saw Magic Leap and VMware announce Workspace ONE XR Hub integration on Magic Leap 2. As further details arise, VRFocus will keep you updated.