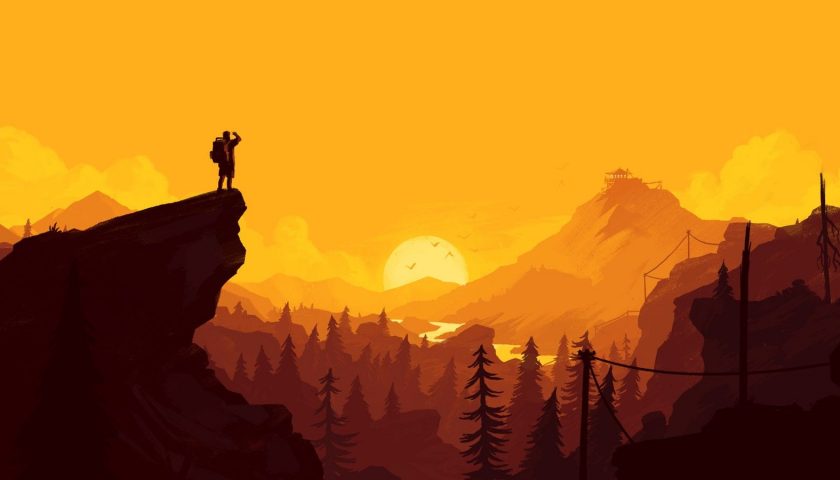 Cissy Jones has revealed in a podcast that Firewatch was initially going to have a much different ending – without Delilah.

Firewatch is generally regarded as one of the best “walking simulator” experiences out there at the moment. Although it was very well received, the game’s ending was divisive amongst reviewers and consumers alike for its vague, anti-climactic ending. Some people may or may not have enjoyed the finale, but the ending that Campo Santo had originally planned could have gone over worse. If it wasn’t clear at the beginning, beware of end-game spoilers for Firewatch.

In a recent episode of Script Lock, a podcast full of interviews about video-game narratives, Cissy Jones, the voice of Delilah, reveals that Firewatch was originally going to have a much darker ending than the one we got. Instead of Henry and Delilah working together towards the end of the game resulting in their relationship flourishing, Delilah would go cold on Henry, call him crazy, and then go silent for the remainder of Firewatch.

Firewatch director Sean Vanaman apparently ran with the ending but changed his mind, claiming that the ending didn’t work and that Delilah had to be included. Here’s a quote from Cissy Jones explaining the situation:

“The first pass we recorded about two-thirds of the way through the game: Deliah tells Henry he’s crazy and to leave her the fuck alone and then she goes cold. You don’t hear from her for the rest of the game.”

Considering how integral Henry and Delilah’s relationship was to the positive reception of Firewatch, it’s easy to see the game getting a much more negative reaction had Delilah been missing for nearly a third of the game’s runtime. Having Delilah just up and vanish after experiencing her and Henry’s chemistry together would have made the final part of Firewatch a lot less interesting, and disappearing completely would have definitely been outside of Delilah’s character.

However, it would’ve been interesting to see how different Firewatch would’ve been had Vanaman gone ahead with his original ending. Would Henry have informed Delilah about the tragic accident and the ultimate demise of Brian Goodwin? Would he have discovered Ned’s terrible secret? Would Henry’s paranoia have consumed him not having someone else to confide in and share his experiences with? Only Sean Vanaman knows for sure.