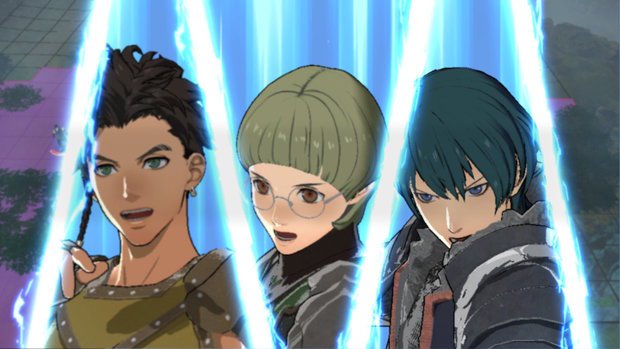 The context of the game is a little different from past Fire Emblem games. The (admittedly slow) intro to the game introduces you to the titular Three Houses and asks you to pledge your allegiance pretty early on.

You’re positioned as a professor at a military academy affixed to a church – an organisation that wants to use your skill as a mercenary to bolster the education of its pupils.

The narrative has all the weaving and wild plot twists you’d expect from a modern Fire Emblem game, and the continuing revelations never get old as Intelligent Systems repeatedly batters you around the head with subversions and surprises.

It’s the way that you interact with the residents of the academy and the members of your chosen House that makes the game so special, though – Fire Emblem has always excelled at making its characters feel human in increasingly fantastical settings, but Three Houses deserves awards for how tightly and completely it rounds out its characters. 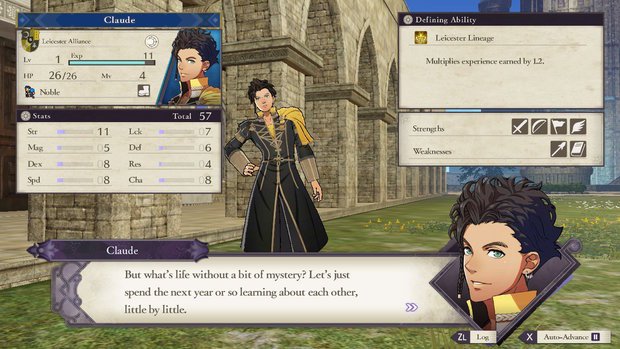 Whether you’re playing as a male or female Byleth (that’s the main character), your students’ reaction to you and your presence in the academy never ceases to be impressive.

Every single character, from every single House, has their own rewarding, engaging narrative arc – whether it’s a light-hearted affair about longing to be a painter but being forced to be a knight, or something more sinister revolving around the apparent suicide and slaughter of their entire family.

Teasing the stories out of these students, and seeing how they interact with their boisterous or sullen allies, is a constant joy – from the opening hours when you first get to know them, right until you’re deeply embedded in their lives, their motivations and their fears.

The fact that, amid all this, you’re responsible for their education dovetails wonderfully with the actual core gameplay, too: the more motivated your class, the better they’ll do in their studies. The better they do in their studies, the more they’ll grow. The more they grow, the quicker you can promote them to specialist classes on the battlefield.

Sewing the school-life simulator aspects in with a notoriously tricky permadeath-fuelled combat system is a work of genius; it provides a double-whammy of emotional weight and tactical gravitas to the game – something that few other RPGs manage to do with such conviction.

Fire Emblem: Three Houses loses a bit of charm thanks to the wholly in-engine rendering it does, and the slightly slipshod graphics that plague the game from time to time (at times, the art direction feels like a step back from Awakening), but aside from that, we’re finding the title hard to fault.

With each House supposedly taking the better part of 60 hours to complete, and with a wealth of innovative online mechanics rounding out the gameplay, we’re happy to announce that Fire Emblem is back.

This has the potential to be one of the most vital purchases for your Switch if it can keep up this momentum for the entire game.

Our full review will go live later this month. 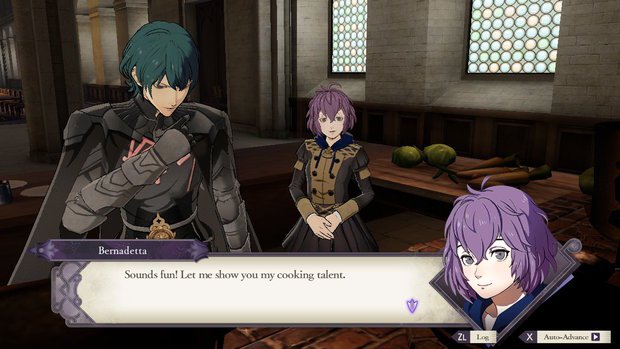