Paralogues in recent Fire Emblem games serve as optional side missions that can be completed to earn rewards, learn more about characters, and reveal interesting plot points that might be separate to the ongoing main story. The paralogues in Three Houses are no different, serving up some of the most interesting maps and challenging encounters in the entire game. Here’s the rundown on what you need to know about these side stories in Three Houses.

The most important difference between paralogues in Three Houses and paralogues in the 3DS era is that they can be time limited. Some take place before the timeskip, others take place after, and all of them typically only have a few months’ grace period before the opportunity to play them goes away forever. You’ll also have access to different paralogues depending on which characters you’ve recruited – nearly every character shows up in at least one, but sharing them may work a bit strangely. Paralogues are accessed by choosing Battle on a free day and use up one activity point, and will provide players with both the deadline and recommended level in the description.

Apart from that, paralogues typically offer one-of-a-kind rewards, extremely good items and battalions, gold, or all of the above! Taking the substantial EXP gains, rewards, and extra information about the game’s cast that these missions provide all into account, paralogues are easily one of the most worthwhile things to do during your weekends at Garreg Mach. Even though some are more worthwhile than others, we don’t recommend passing up any of them. In case you’re strapped for time, though, here’s a brief rundown on every paralogue in the game. 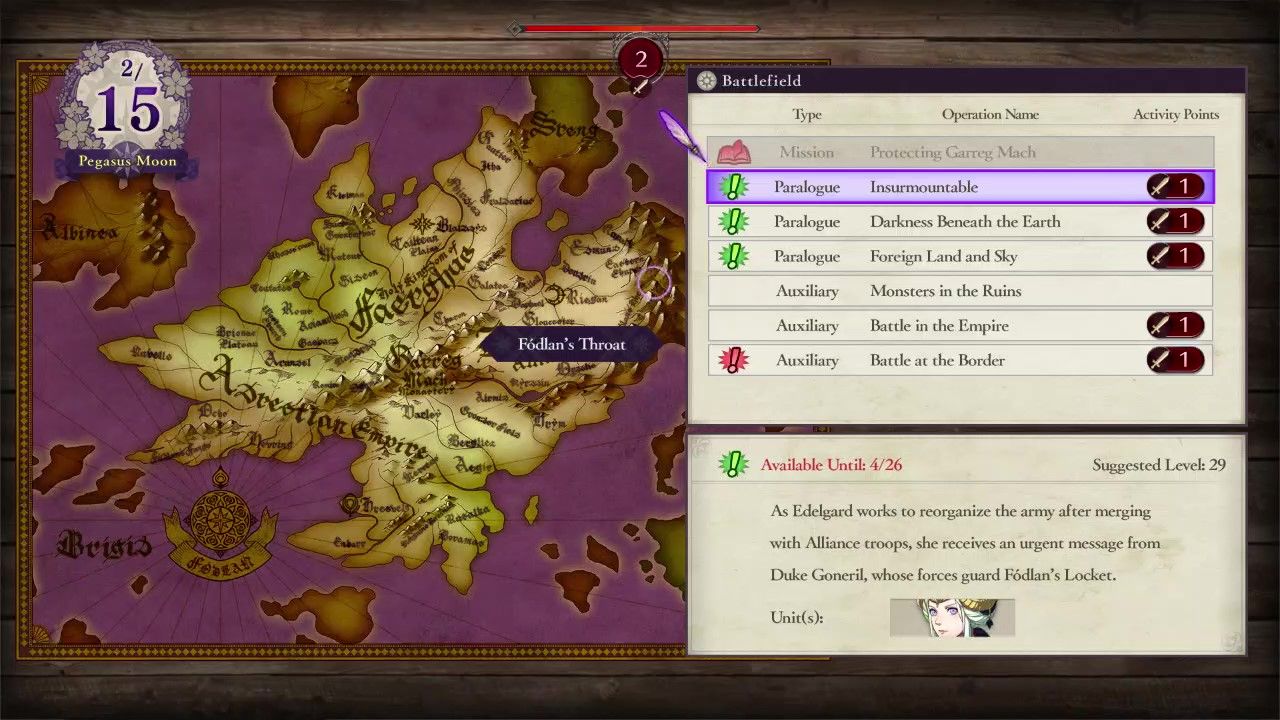 War For The Weak

Land Of The Golden Deer

Sword And Shield Of Seiros

Tales Of The Red Canyon

Darkness Beneath The Earth

Legend Of The Lake