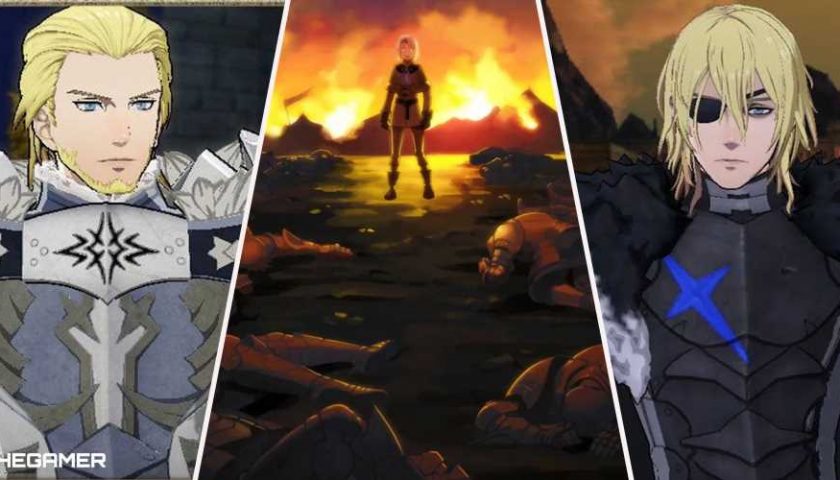 It would be a massive understatement to say that there's a lot of lore to keep up with in Fire Emblem: Three Houses and Fire Emblem Warriors: Three Hopes. While it's something that lots of people love about these games, no one could fault you for going down a wiki hole while you try to piece together all the things you didn't understand.

One of the major plot points explored during the games is the Tragedy of Duscur, a traumatic event that had ripple effects across history. You put together pieces of the puzzle through the games' various story routes. In this article, we'll gather up all of that knowledge in one convenient place.

What Was The Tragedy Of Duscur? 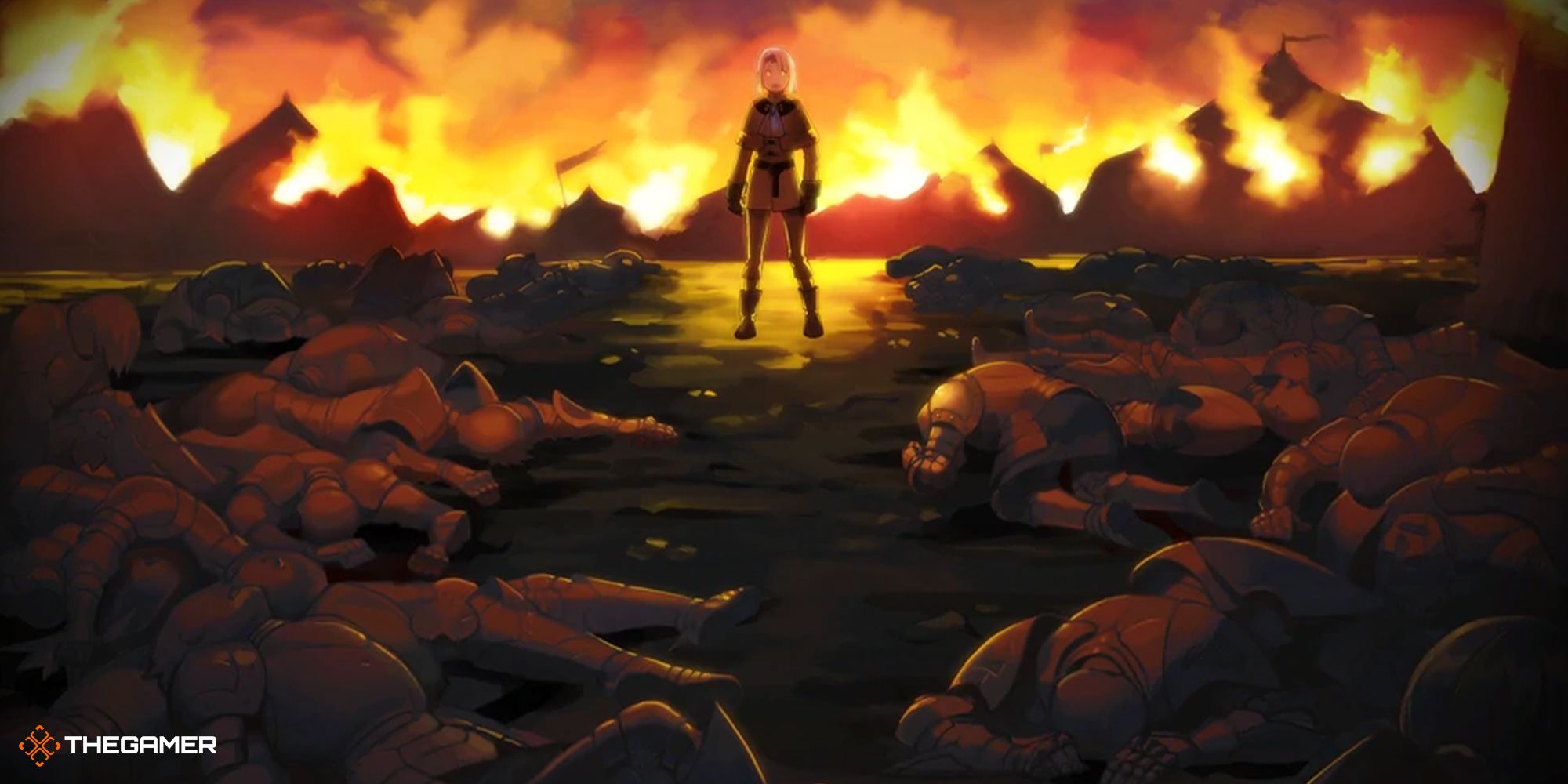 The Tragedy of Duscur refers to the murder of the King and Queen of the Holy Kingdom of Faerghus, which occurred in the Imperial Year 1176, around a decade before the start of Fire Emblem: Three Houses.

While traveling through Duscur (an independent nation near Faerghus) with a number of nobles and knights, King Lambert and his Queen Consort, Patricia, were the victims of a surprise attack. Almost everyone was slaughtered and burned. Prince Dimitri was the only survivor.

Afterwards, though a few nobles were implicated in the plot, most people in Faerghus placed blame for these deaths on the people of Duscur. The people of Duscur still practiced a polytheistic religion rather than worshipping Sothis. For this, among other reasons, citizens of Faerghus saw those who lived in Duscur as "others" – making them the perfect scapegoat.

In the time following the murders, Duscur was conquered by Faerghus in retaliation, and almost everyone who lived there was killed. The territory was awarded to House Kleiman, which was previously only a small noble family with the ownership of just one castle and its lands. Though Dimitri tried to deny that Duscur was at fault, his words as a traumatized young prince were not persuasive.

The term 'the Tragedy of Duscur' is used to refer both to the initial massacre and the takeover of Duscur that followed.

Who Was Behind The Tragedy? 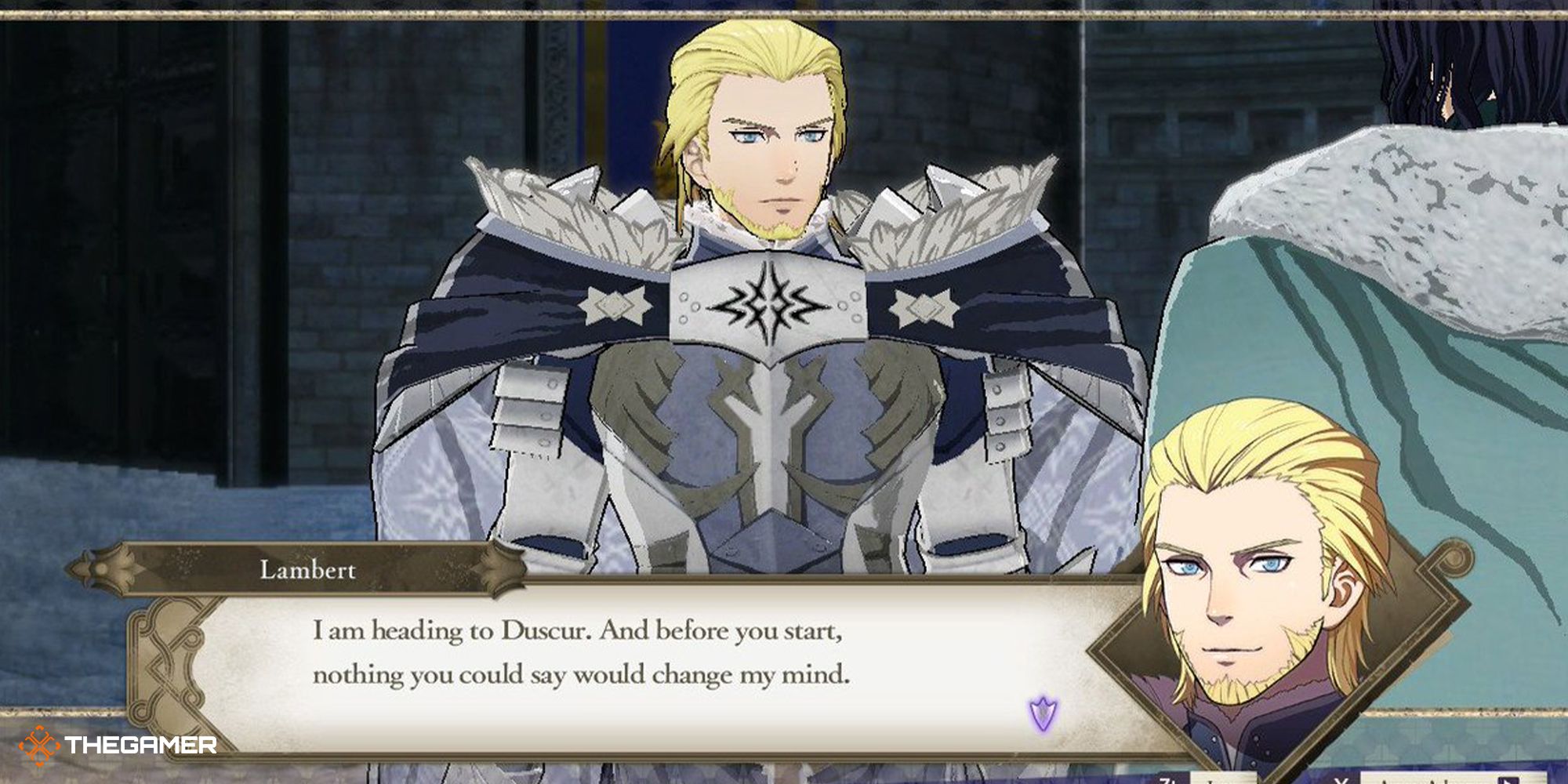 Playing all of the story routes in Fire Emblem: Three Houses allows you to put together the puzzle pieces and figure out what really happened on that fateful day in 1176. 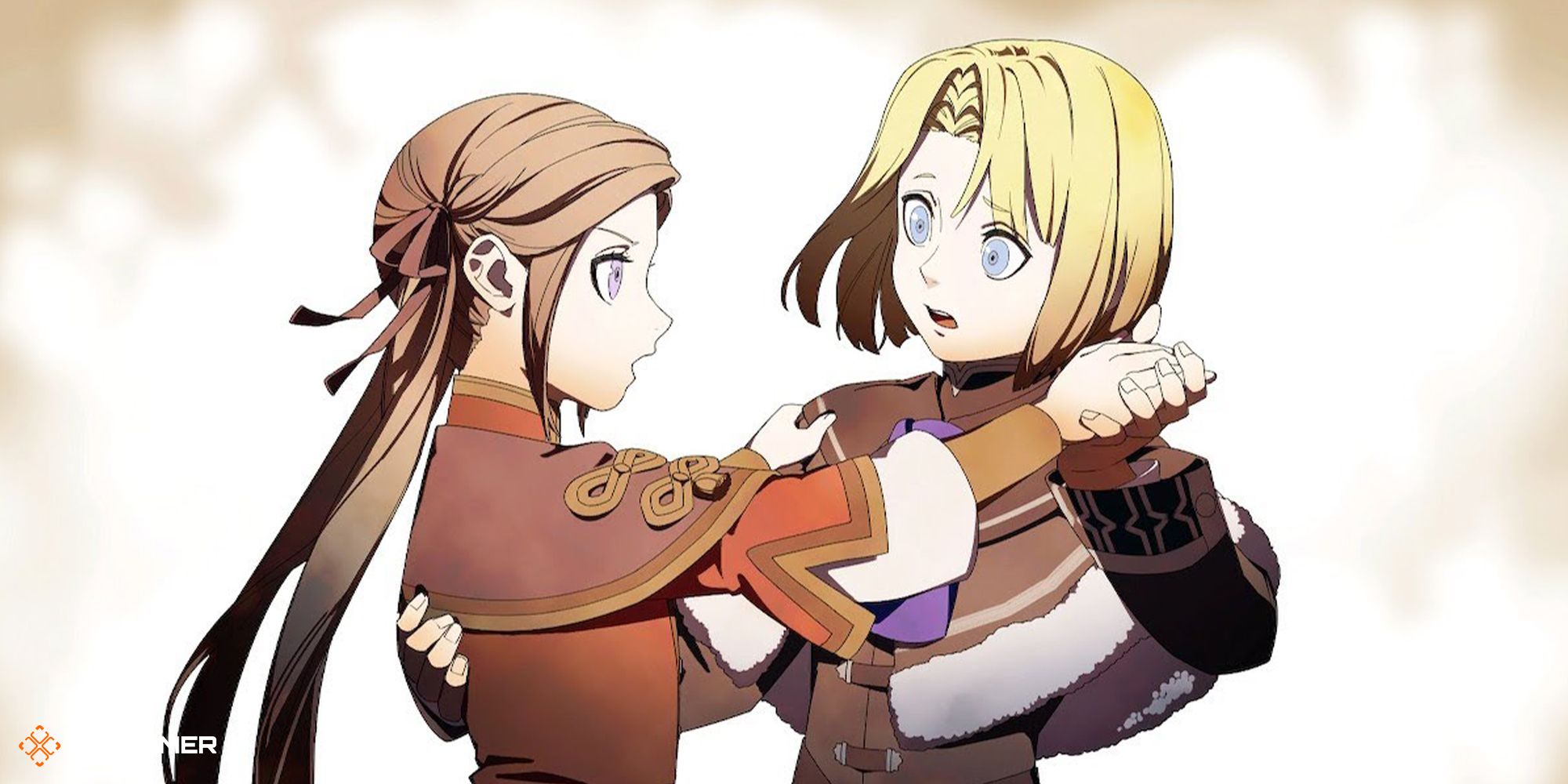 When a coup ousted Edelgard's father, Emperor Ionius IX, Patricia fled to the Holy Kingdom of Faerghus. She met and married King Lambert there, but the holy woman Cornelia interfered heavily in their relationship, ensuring they were almost never alone together.

At the same time as Patricia fled, her brother Volkhard rescued Edelgard from the coup and also sought asylum in Faerghus. However, each sibling had no idea that the other was also in Fhirdiad (the capital of Faerghus). Patricia lovingly raised Dimitri as her own son, even as Dimitri was getting to know his step-sister, with Patricia having no idea. 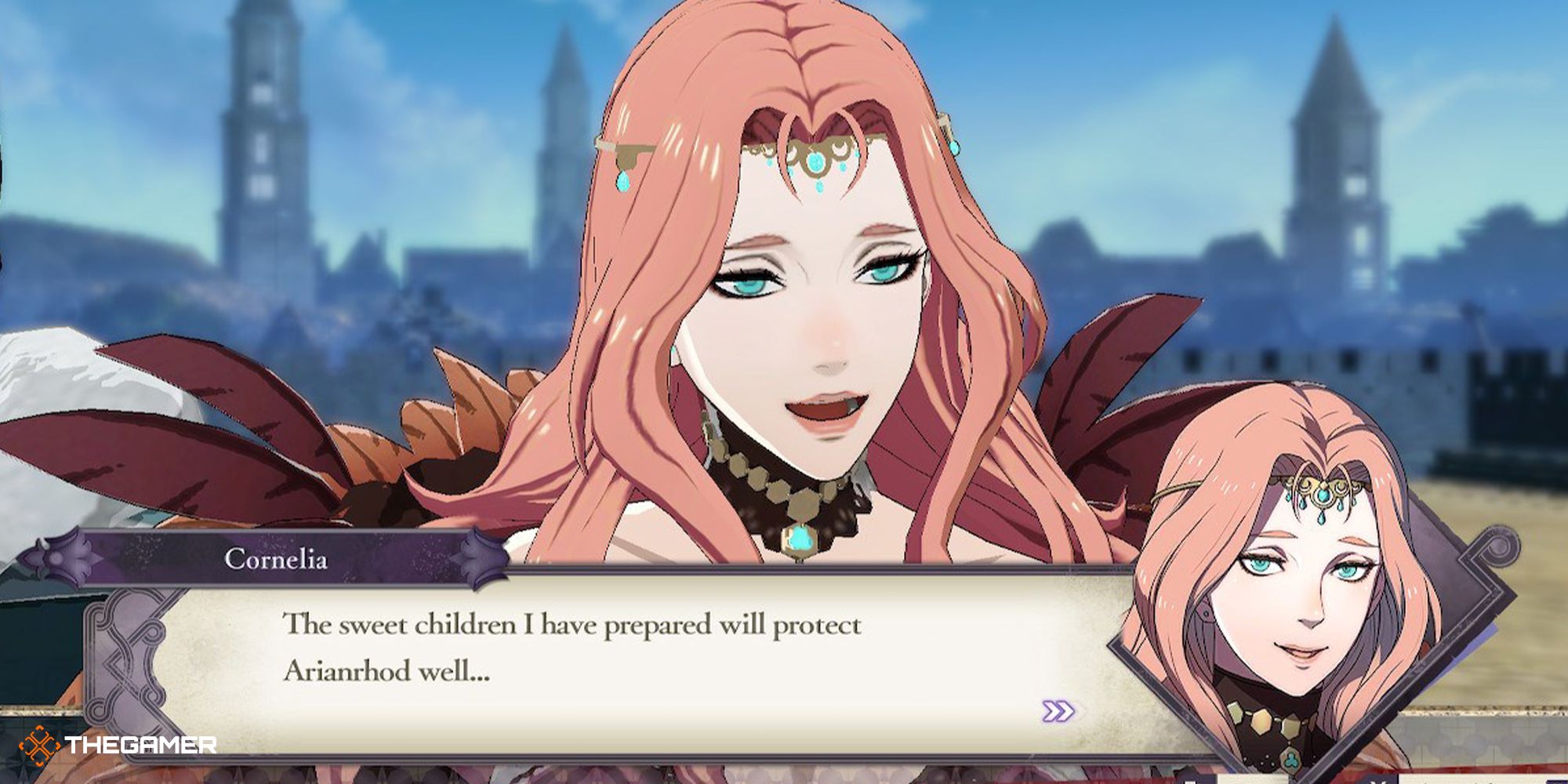 After Edelgard and Volkhard had left Fhirdiad, Cornelia told Patricia that her beloved daughter had been just within reach, but that King Lambert had ensured she didn't know. In her anger and desperation to be reunited with Edelgard, Patricia helped Cornelia and other rebelling noble houses to orchestrate the Tragedy, and instead of dying along with the others, Patricia actually escaped.

However, the original Cornelia had actually been killed many years ago and replaced by a member of Those Who Slither In The Dark. This group didn't care about the nobles who wanted to overthrow their king; they just wanted to destabilize Faerghus and provide Cornelia with more power in the government. Patricia never made it back to her daughter in the Adrestian Empire. Her brother Volkhard, who had also been replaced by Those Who Slither In The Dark, orchestrated the entire Tragedy.

It seems that after Patricia escaped, she was kidnaped by Those Who Slither In The Dark and never heard from again. 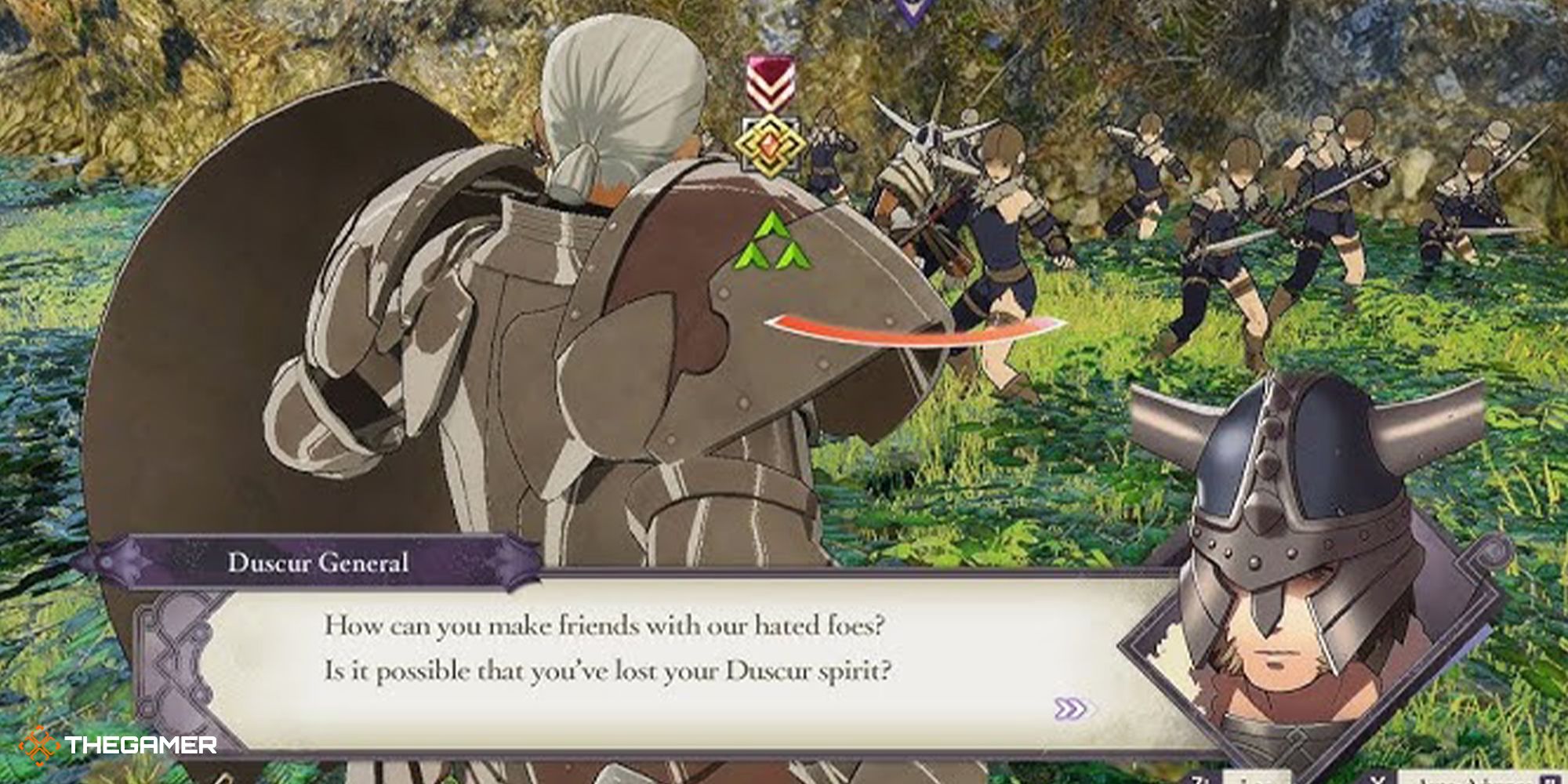 As far as Duscur's actual involvement in the Tragedy, it seems at least some of the attackers really were people of Duscur (though not all of them). It seems that Those Who Slither In The Dark were in search of a scapegoat for the incident. They were able to rile up frustration in some of the people of Duscur for their neighbours in Faerghus, causing them to join the cause. Unfortunately, the entire nation took the fall.

How Did It Affect The Fire Emblem Characters? 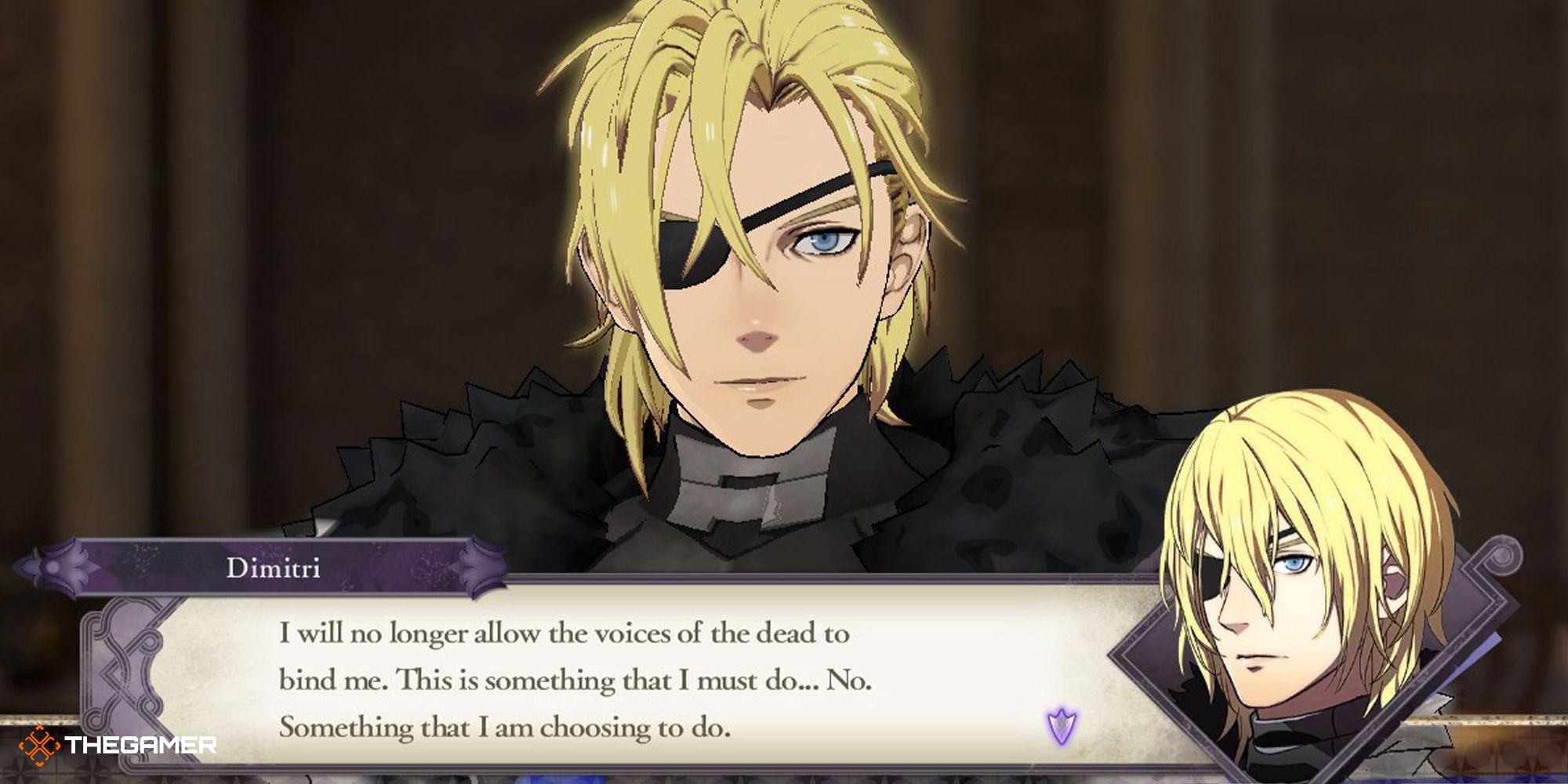 Dimitri, Crown Prince of Faerghus, was the only survivor of the Tragedy of Duscur.

Dimitri was understandably traumatized by watching the deaths of his family, friends, and loved ones, which he grapples with during the second half of the game. Afterwards, he became obsessed with avenging the fallen, pinning the blame on Edelgard. Dimitri also developed ageusia (the loss of taste) and severe survivor's guilt that causes him to see hallucinations of the people who died. 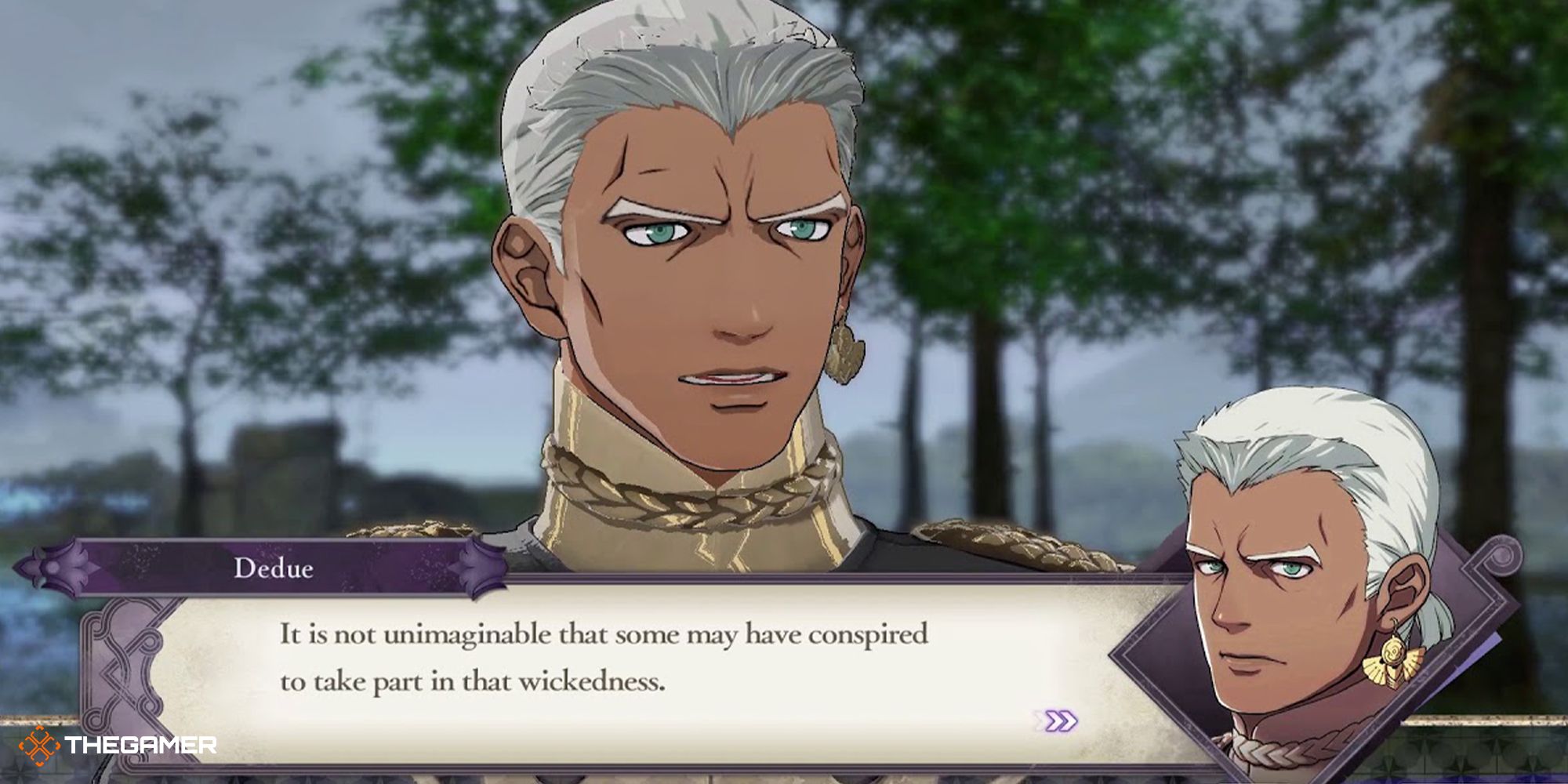 Dedue is the son of a blacksmith from Duscur. After the massacre, as we mentioned, most people in Duscur were slaughtered in retaliation. Dimitri tried to insist that Duscur wasn't responsible, but in the end, was only able to save one person: a boy around his own age named Dedue.

As thanks (and with his family dead and his town leveled), Dedue swore his life to Dimitri's service, becoming his retainer. 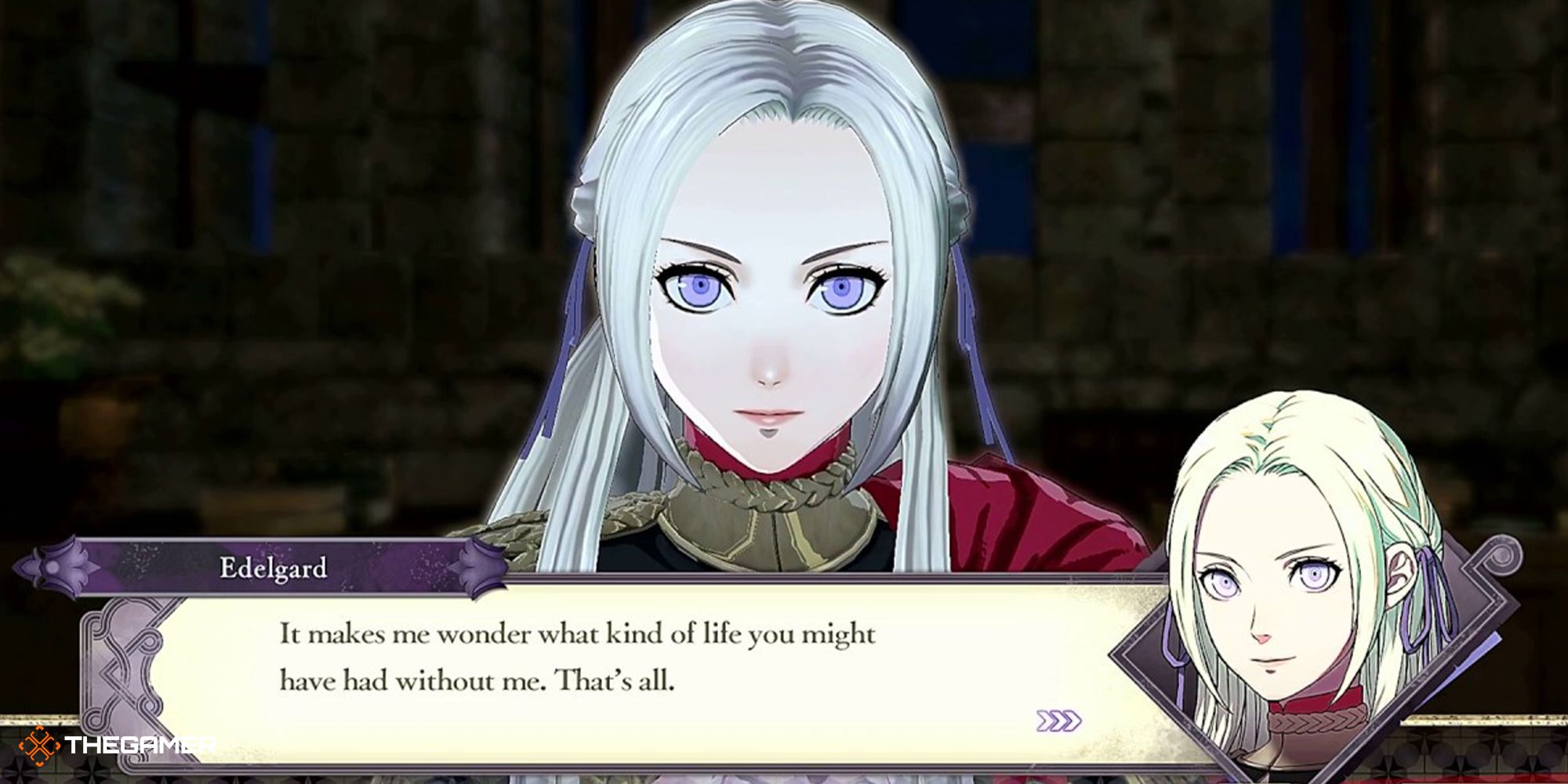 Though Edelgard is an (unhappy) partner with Those Who Slither In The Dark, she was not involved in the Tragedy as Dimitri suspects she was.

While she was informed about (most of) the truth of what happened, Edelgard never learned that her mother was Queen Patricia, who died attempting to return for her and helped cause the Tragedy, or that Dimitri was her step-brother. 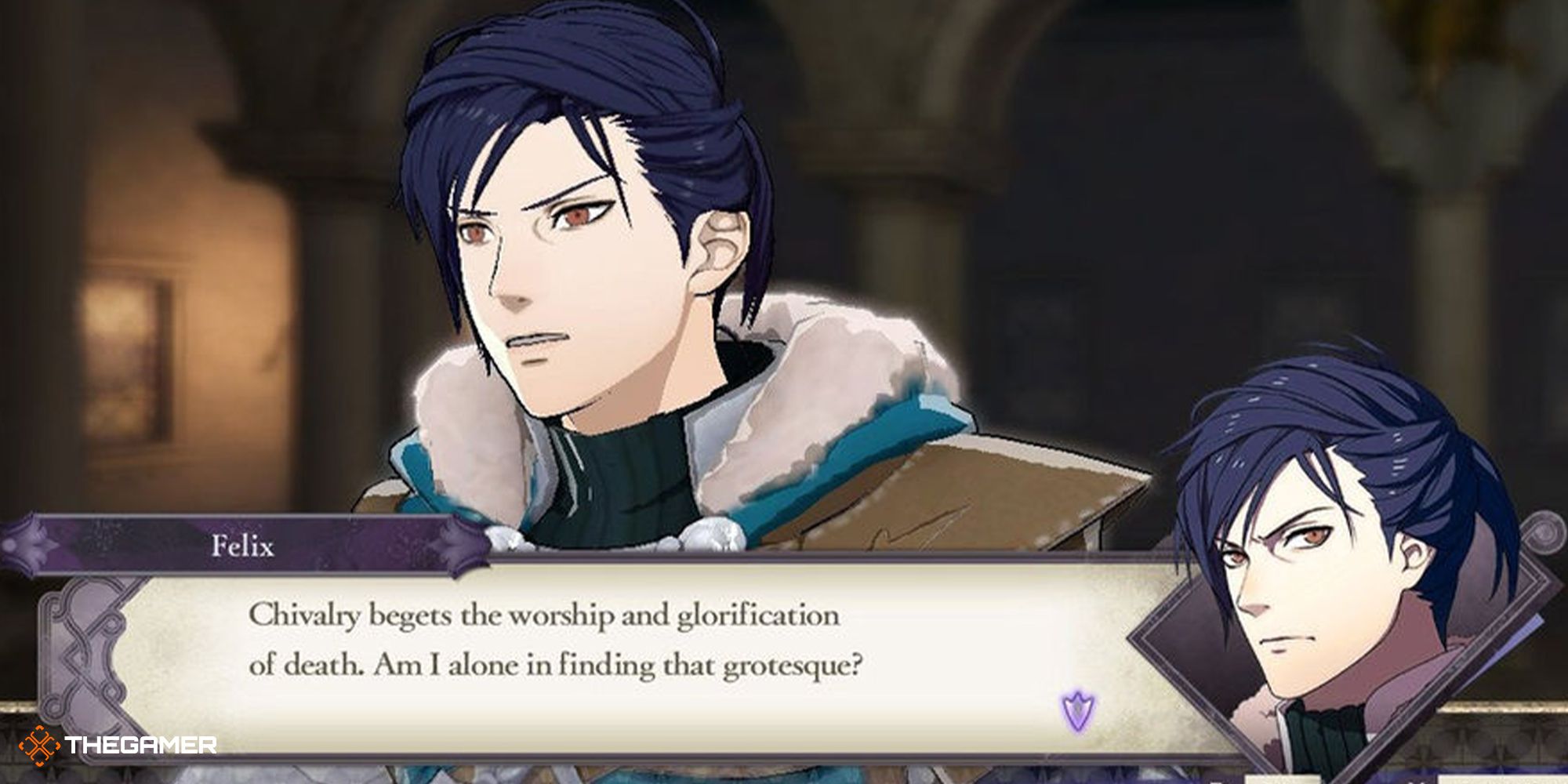 Felix grew up alongside Dimitri, having come from a noble family with strong ties to Faerghus' royals. His brother, Glenn, was a prodigy and became a knight at the ripe young age of 15. As a result, Glenn was one of the knights riding with the King and Queen when the Tragedy occurred, and he died trying to protect them. This instilled a deep hatred for knightly values in Felix; he resented the fact that Glenn was forced – and expected – to die for his King.

In addition, this strained Felix's relationship with his childhood friend, Dimitri. As one of the few people to know Dimitri from a young age, Felix is also aware of Dimitri's dark side well before the player truly sees it in the latter half of Fire Emblem: Three Houses. He calls Dimitri the "Boar Prince." 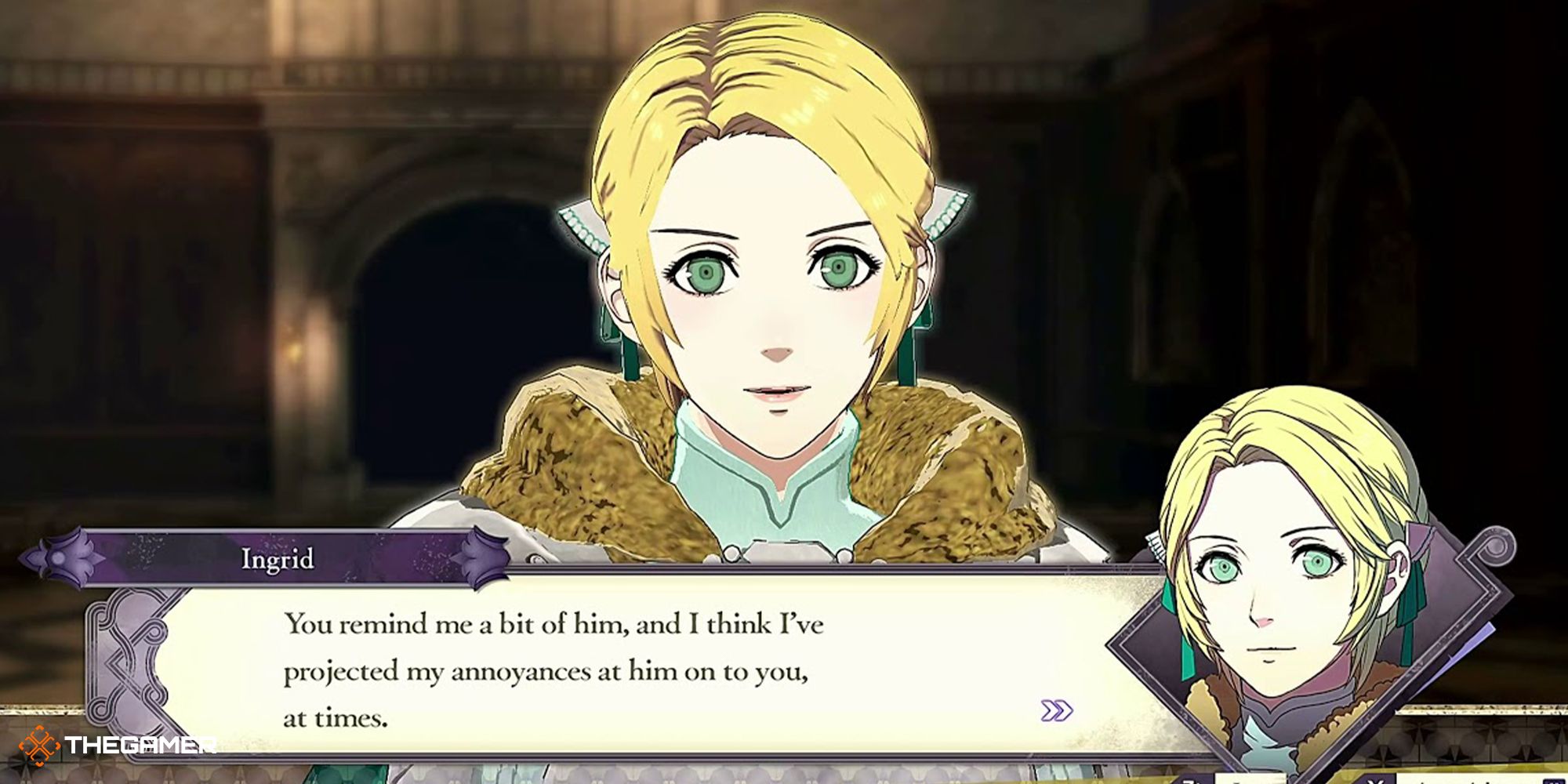 Ingrid was another of Dimitri's childhood friends. Since birth, Ingrid was betrothed to Felix's brother Glenn, who died along with the King and Queen. She loved him as a fiancé and admired him as a knight, so she was deeply affected by his death. Though it didn't shake her dreams of becoming a knight herself one day, it did add a level of difficulty to her relationship with Felix.

In addition, Ingrid provides us with a glimpse into how most people of Faerghus feel about Duscur; she holds a lot of hatred towards them as the people who (she thinks) orchestrated the death of her King and Queen. This frustration is explored in her conversations with Dedue, and she eventually understands the error of her bigotry, but it is a struggle for her.