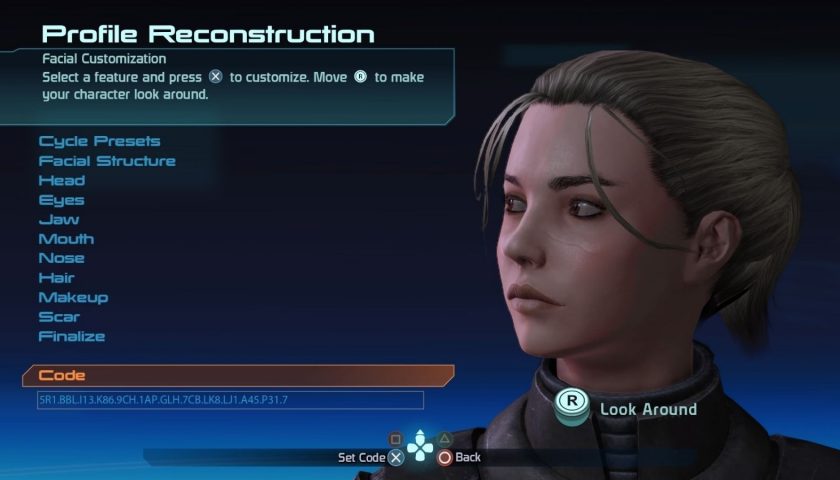 BioWare is synonymous with a lot of things in the gaming industry. Well crafted stories, lore-heavy RPGs, interesting fantasy worlds, etc. Unfortunately, a good character creator has never been one of them.

Indeed, despite character creation being part of more than a dozen BioWare games – ranging from 2003’s Knights of the Old Republic, all the way to 2014’s Dragon Age: Inquisition – there’s always something to frustrate the fans’ attempts to craft a perfect hero. Whether it be a lack of hair options, or the light in the character creator menu not reflecting that of the actual game, it’s been far too easy to mess up your protagonist.

The first Mass Effect might be the worst offender. For some reason, something would always go wrong with our first Shepard, whether it’s making the neck too thin, the eyes too small, or slapping on some embarrassingly bad makeup. However, while Mass Effect Legendary Edition’s character creator is far from perfect, you can’t deny the results – the community’s Shepards are looking a whole lot better.

The Mass Effect community is abuzz with excitement, particularly on Reddit. r/ShareYourSheps is full of Legendary Edition players sharing their creations, and the difference really is night and day. Thanks to improved textures, makeup and hairstyles, the age of the “Potato Shepard” is no more.

Male Sheps had it particularly rough in the past. Using a custom model, the “canon” John Shepard had been ridiculously well designed and detailed from the start. As he was based on a real life model, none of his facial features were available to customize, making any custom Male Sheps look inferior. That however is a thing of the past, as many in the community proudly boast.

It may have taken 14 years, but finally, Mass Effect players can finally share their Shepard’s off with pride – and without downloading a billion texture and hair mods.

It isn’t all good for the fans though. As some have pointed out, there’s still not much in the way of afro textured hair, despite BioWare previously stating options would improve for Black characters. Reddior DoubleVforvictory said, “Andromeda of all games had some very nice choices that weren’t horrible. I really wanted to model my Shepard after me but there’s no dreads.” Another player agrees, adding “Why not give us some slightly taller or longer options? Twists? Textured edges? Medium length locs? Parts? Tied puff balls and laid edges? Why, in a game about the future, did they go for timeless looks? Why not google afro-futurist hairstyles and pull from that?”

Despite the improvements, many hope more hair is added in future updates. This isn’t out of the realm of possibility, as Mass Effect Andromeda received updates to its character creator post launch.

Mass Effect Legendary Edition released May 14, and is available for PS4, Xbox One and PC.