It’s like that, but with FFT maps and teams.

So, what is going on here?

First, the gameplay is a modded version of the PlayStation classic, Final Fantasy Tactics. The game has been modified to generate eight teams of four AI-controlled units, then stage a single-elimination tournament featuring those teams. The character portraits alongside the gameplay are the teams in the active match and the text at the top of the gameplay is the rosters for all the teams in the current tournament. The chat, naturally, is an embed of Twitch chat.

Second, more in the background is the betting. No real money is changing hands, but each Twitch account starts out with 1000G of fake betting money. Viewers can use Chat commands to place wagers on the outcome of matches before they start. The chat command system is similar to the one used in the AI fighting game tournament, Salty Bet, or in TwitchPlaysPokemon! 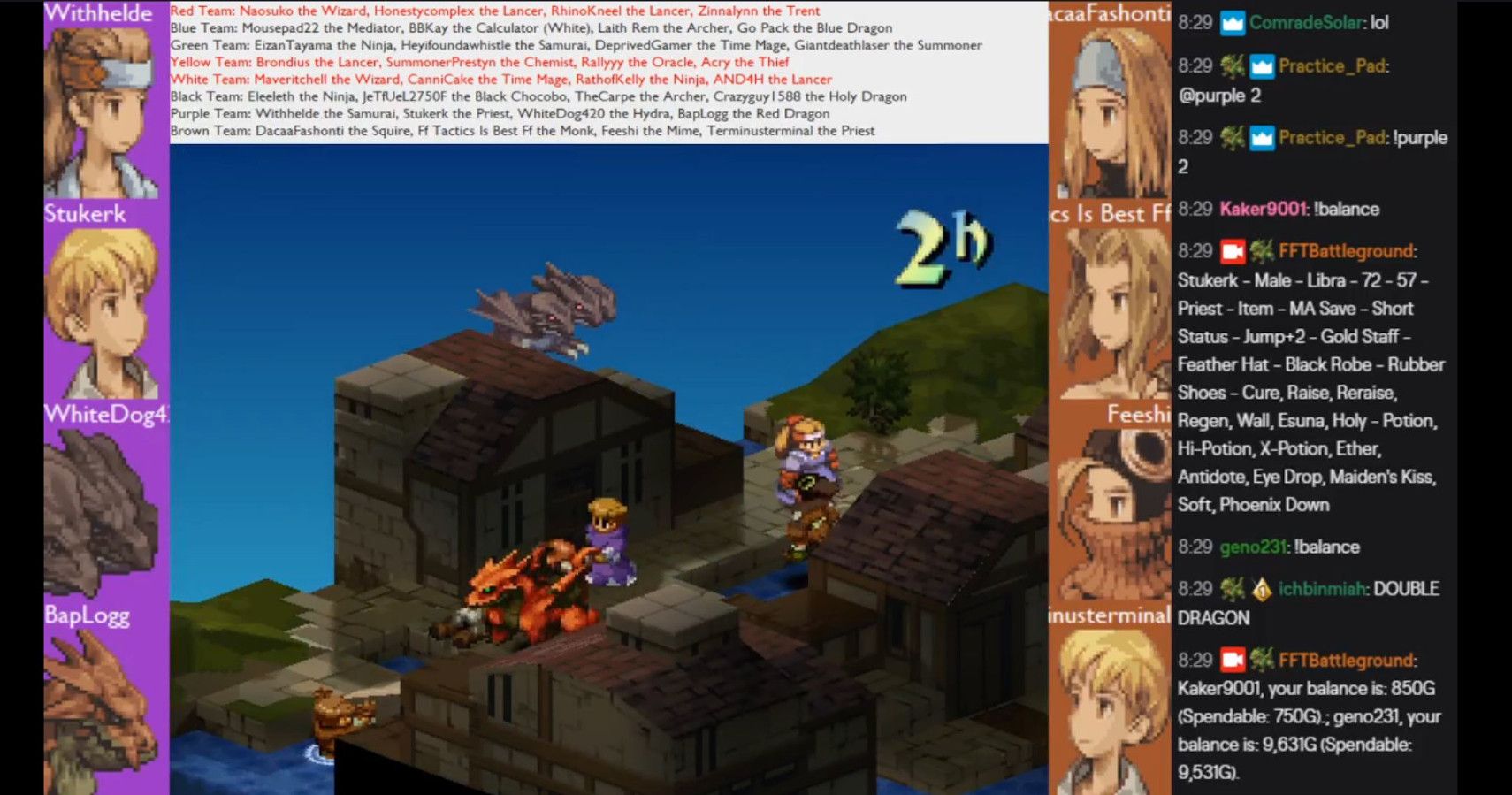 Finally, the same chat system being used for betting is being used to modify the units in the teams. As users participate in the chat and earn G, they can either bet more or spend 1000G to buy one of the skills that randomly drop at the end of each tournament.  These skills can then be attached to the Tactics unit of the viewer’s choice using the chat command system.

Viewers can also earn skill drops by leveling up. Exp is earned by using chat commands to participate in the tournament. The simplest way to participate is to use the “!fight” command prior to the start of a given tournament which assigns a viewer’s account to one of the bots in that tournament. Additional commands can select a specific unit type or even a specific unit and modify it with the hope of making it a more effective combatant.

Now, if you’ll excuse me, I’ll be building the perfect FFT Samurai out of Twitch Chat commands.