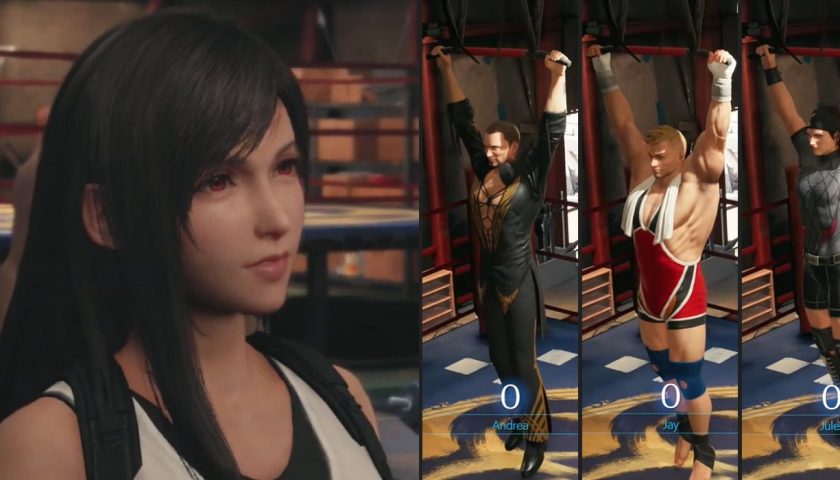 When it comes to side quests in Final Fantasy 7 Remake, no chapter features more than the game’s 14th. There are nine of them in total, which accounts for more than a third of the total number of side quests found in the game. Some can be a little tricky to complete, although, thankfully, the Wavering Heart side quest shouldn’t cause players all that much trouble.

The quest involves beating Andrea, the owner of the Honeybee Inn and older brother of the Wall Market gym’s leader, Jules, in a pull-up competition. It’s a little similar to the squats challenge found a little earlier in the game, although you’ll be controlling Tifa this time around instead of Cloud. The mechanics have also been changed a little too, making it a little bit harder to complete.

How To Initiate The Wavering Heart Quest 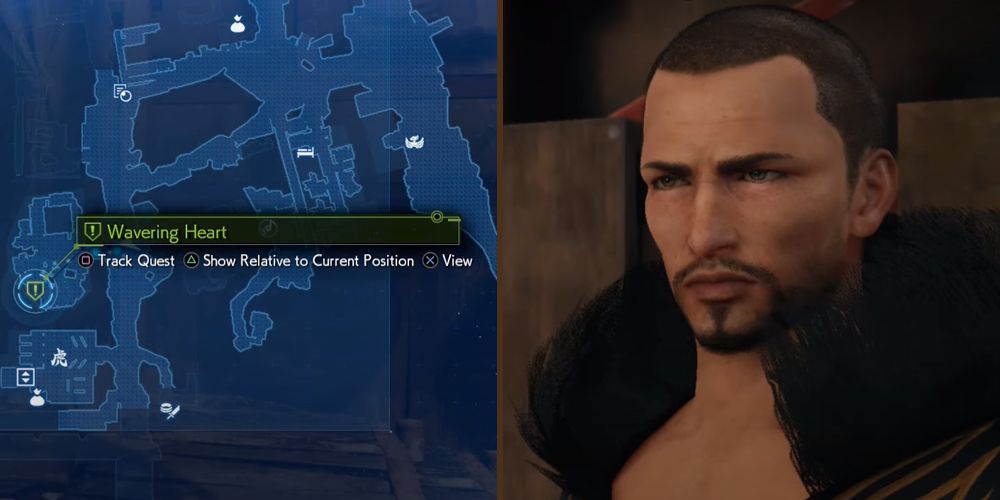 To get the ball rolling, you’ll need to make your way over to the gym in Wall Market. If you’ve been completing side quests as you go, you’ll have already visited the gym as part of the A Dynamite Body side quest in Chapter 9. For those who skipped the quest or have forgotten the gym’s location, however, it can be found next to the Corneo Colosseum. Once you arrive, head inside and speak with Andrea to begin the side quest.

How The Pull-Up Competition Works 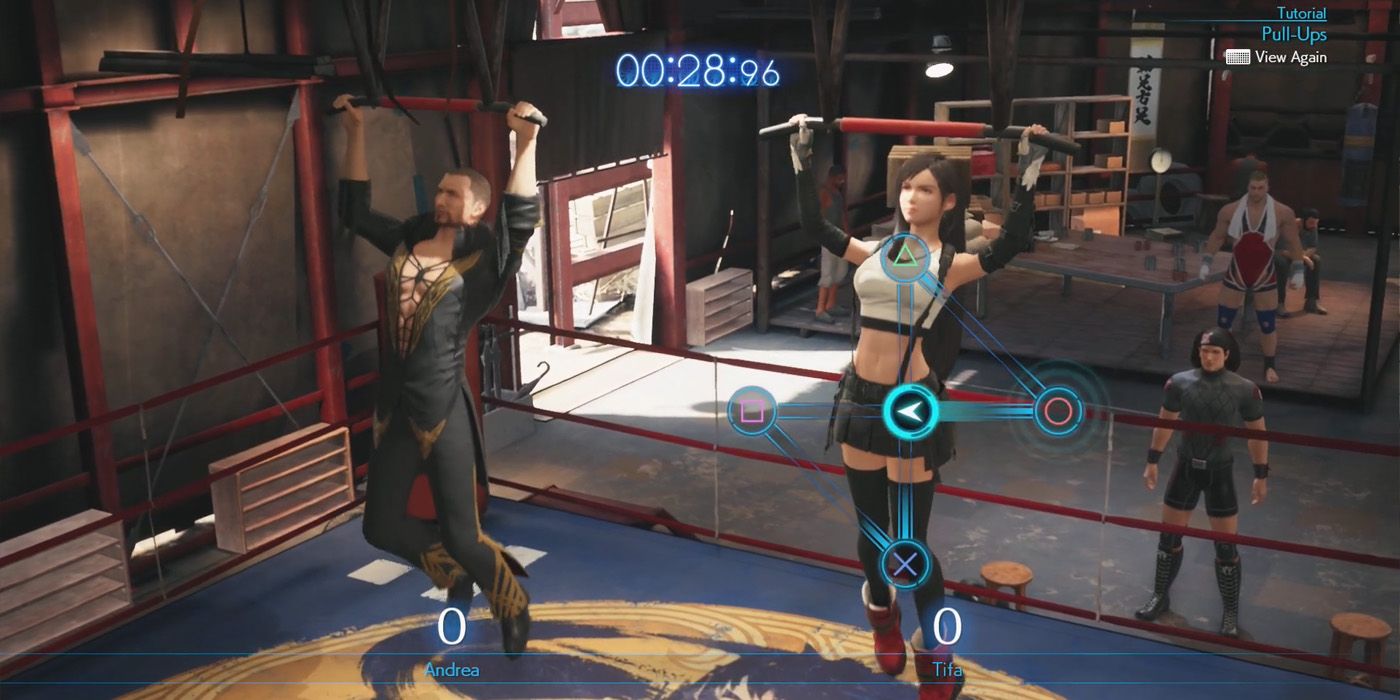 Much like the aforementioned squats challenge from earlier in the game, you’ll need to press four buttons in a sequence while being sure to match the ever-increasing speed of the rhythm. Unlike the squats challenge, however, the competition will take place over two thirty second rounds and the sequence of buttons that you’ll need to press is random and changes at the half way point.

After the first few pull-ups have been completed, the button indicators will begin to fade from the screen, meaning that you’ll need to memorize the four button sequence and get a feel for the rhythm required by watching Tifa’s movements. Going too fast, too slow or pressing the wrong button will cause Tifa to fall from the bar and you’ll lose a few seconds as she dusts herself off and climbs back up. Her speed will also reset, costing players valuable points.

How To Beat Andrea 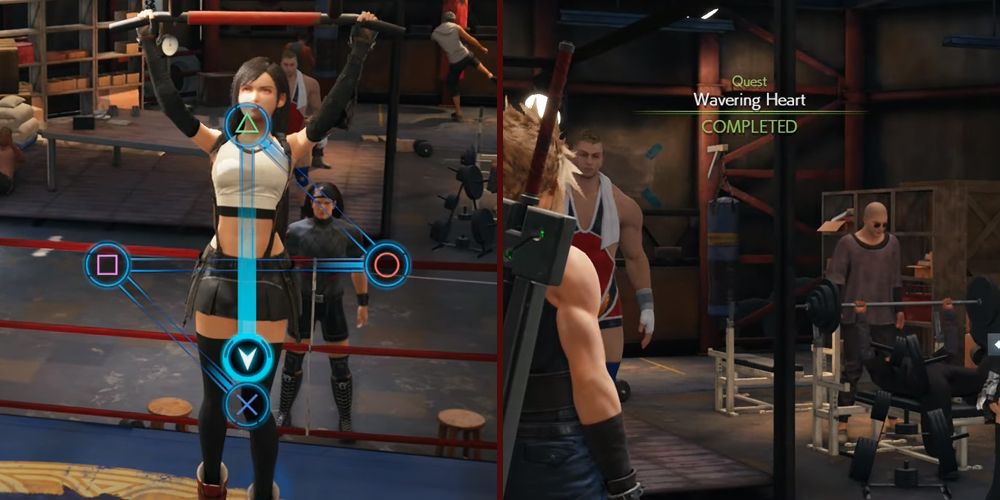 Luckily for Tifa, Andrea is not particularly good at doing pull-ups and will fall down from the bar several times during each round. The scores at the end of the first round really don’t matter all that much, so providing you’re ahead of him by the time that the second round ends, you’ll be awarded the victory.

Andrea tends to score between 10 and 12 points on most runs, so, more often than not, you’ll only need to complete 13 pull-ups to guarantee that you’ll beat him. Once you’ve bested him, the Wavering Heart quest will be marked as complete and Andrea will reward you with the Way of the Fist Vol.III manuscript, which grants Tifa an extra 10 SP for modifying her weapons.

How To Complete The Amateur And Pro Pull-Up Challenges 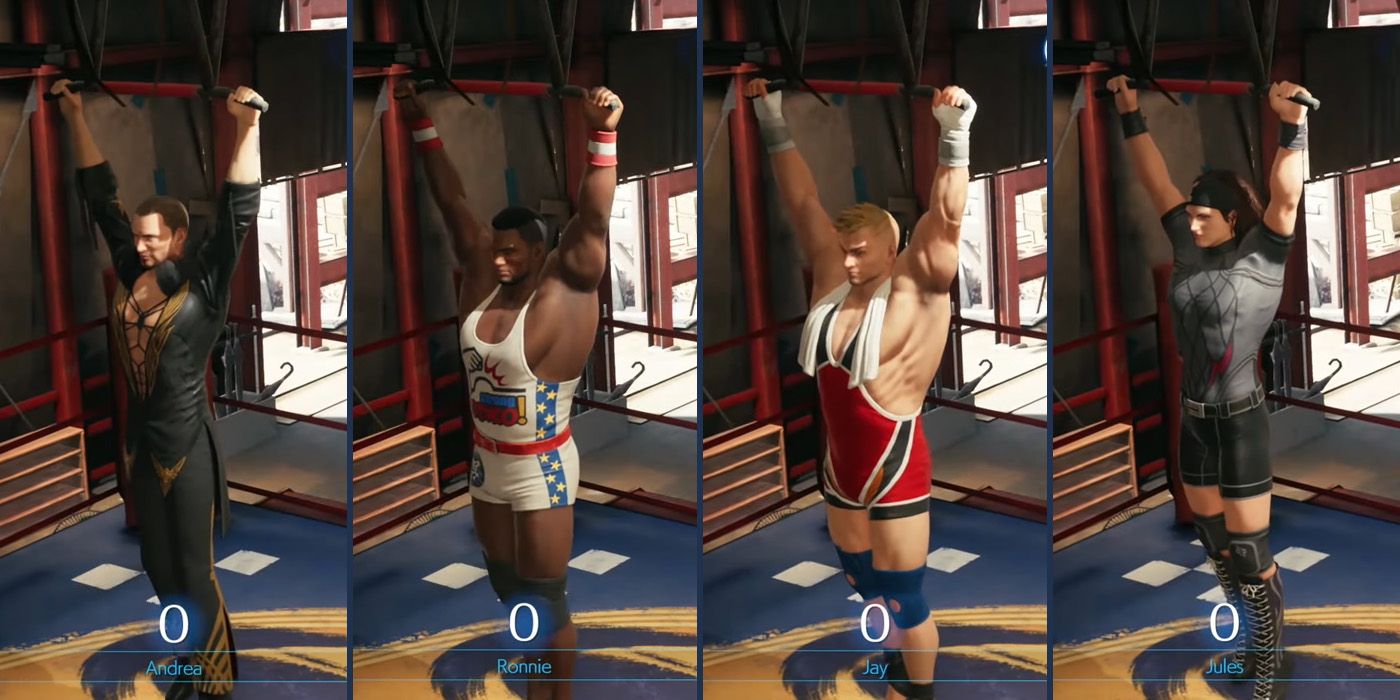 As with the squats challenge earlier on, there are two additional difficulty levels to the pull-up challenge. Beating them isn’t required to complete the side quest, but doing so will reward players with a few nice bonus items. You can get an orb of Magic Up Materia by beating Jay in the Amateur challenge and another Champion Belt for beating Jules in the Pro variant. You can also repeat the Trainee difficulty with Ronnie, although you won’t get any kind of reward for doing so.

Most players shouldn’t have too much trouble overcoming Jay, as, like Andrea, he’s fairly error prone. His score can vary a little, but most of the time he won’t do more than 20 pull-ups across the two rounds. Jules, on the other hand, is an absolute beast and will likely take most players multiple attempts to defeat. As with Andrea and Jay, there’s a little bit of variance when it comes to how many pull-ups he’ll actually do, but it tends to end up with a score between 42 and 44 more the vast majority of the time.

Tips For Beating Jules In The Pull-Up Challenge

When taking on the challenge at higher difficulties, you’ll occasionally need to mash one of the buttons in the sequence to avoid falling off the bar. You’ll know when this is coming as the button prompts will reappear on the screen a few moments before, allowing you a little bit of time to prepare. The button that needs to be mashed is usually the first button in the sequence and you’ll need to hit it six times in quick succession in order to stay on the bar.

Turning off the background music in the settings menu can make it a lot easier to focus on the rhythm of your button inputs, while assigning each of the face buttons with a direction and going over the order required in your head can really help when it comes to remembering the sequence. Those with natural rhythm shouldn’t have too much trouble gauging the speed required, although if you’re struggling, you can instead pay attention to Tifa’s movements. 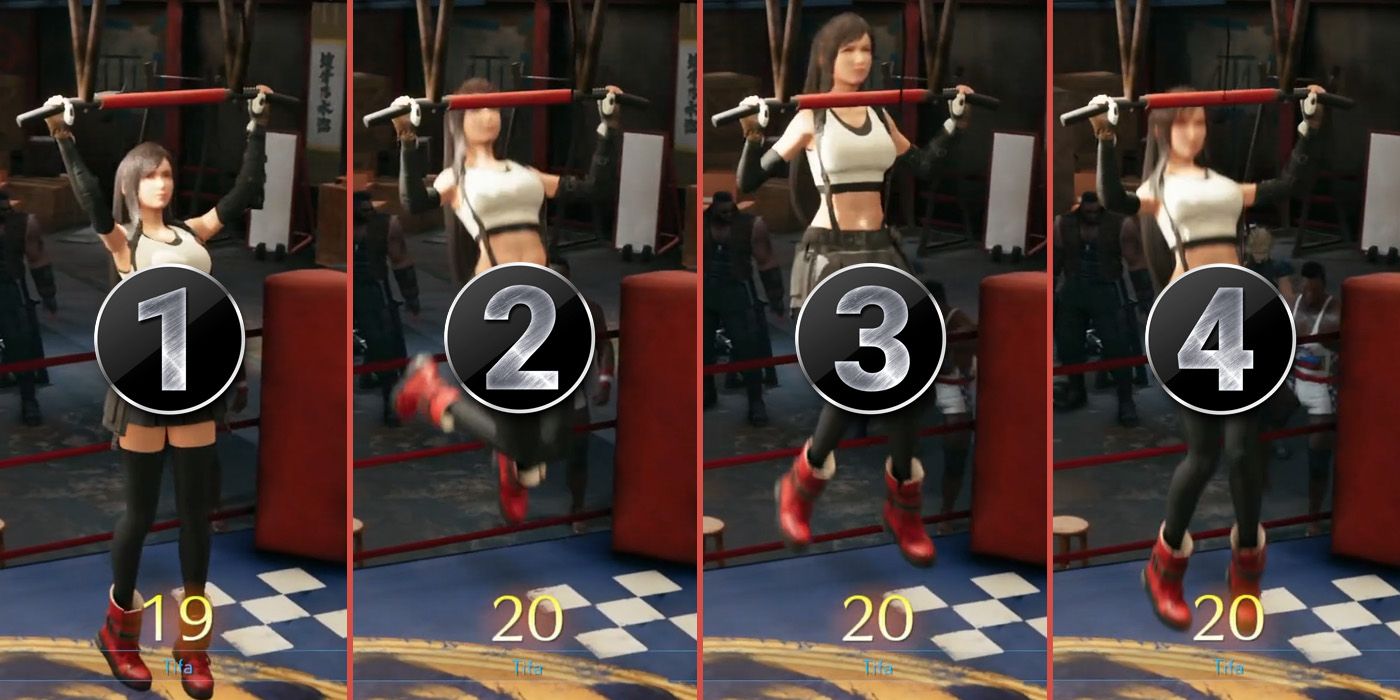 The first button of the sequence needs to be pressed while Tifa’s arms are straight, while the second should come as they bend to form right angles. Press the third button of the sequence as her chin gets above the bar and then the final one as she’s on her way back down to restart the cycle. With enough practice, you should be able to familiarize yourself with the speed required and finally overcome Jules. You’ll get the Champion Belt and the Peeress Of Pull-Ups trophy for your troubles.