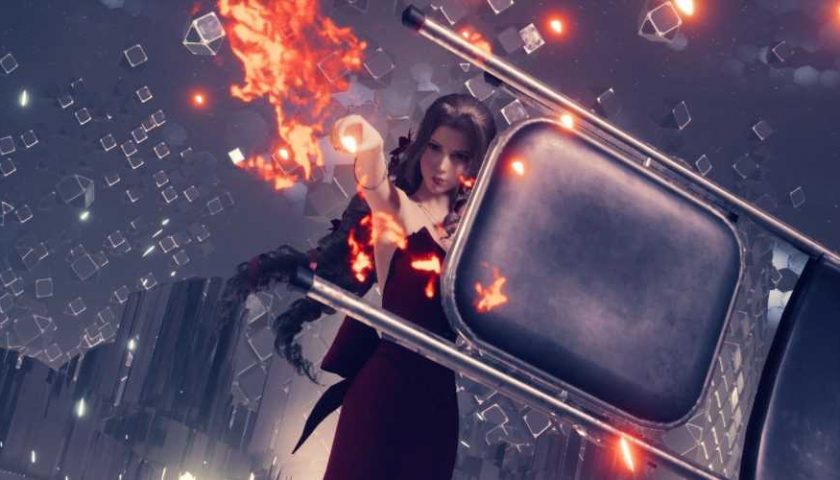 Final Fantasy 7 Remake on PC has been met with a mixed reception, but there's one undeniably brilliant thing about it: mods. For the first time, fans can go wild on Midgar, changing the game however they please. And now, it's been put to its best use yet: permanently giving Aerith a chair to wack enemies with.

In the vanilla game, we sadly only see WWE Aerith in action once, as she knocks out a goon in Don Corneo's mansion. We don't even get to use it, as it's only ever used in a brief cutscene. But Nexus Mods user Crandifff has made it work, making the weapon a permanent fixture for Aerith throughout the game.

"CHAERITH LIVES", the Nexus Mods description enthusiastically reads. "Yes that one meme from FF7R is now finally playable… sort of! Replaces all of Aerith's weapons with the Chair".

Indeed, when players originally made their way to that point in the story, it quickly became a fan favourite scene. The sweet, smiling Aerith, knocking an enemy cold with a chair was something we truly didn't expect to see in the remake. And now, Aerith can live out her professional wrestling dreams throughout the whole game – Shinra is well and truly done for.

Final Fantasy 7 Remake hasn't been out on PC long, but fans have already been hard at work. As is the case here, modders have mainly been working on ways to keep fan favourite aspects of the game presents throughout the whole story. Of course, this involves kitting Tifa and Aerith out in their lovely dresses that they only wear for one mission, but Cloud's been getting some love too. Another mod keeps him in his Honey Bee Inn gear indefinitely, because he knows he's killing it.

Final Fantasy 7 Remake is available on PC now. It's an Epic Games Store exclusive for the time being, but recent Steam data suggests that could change somewhere down the line.