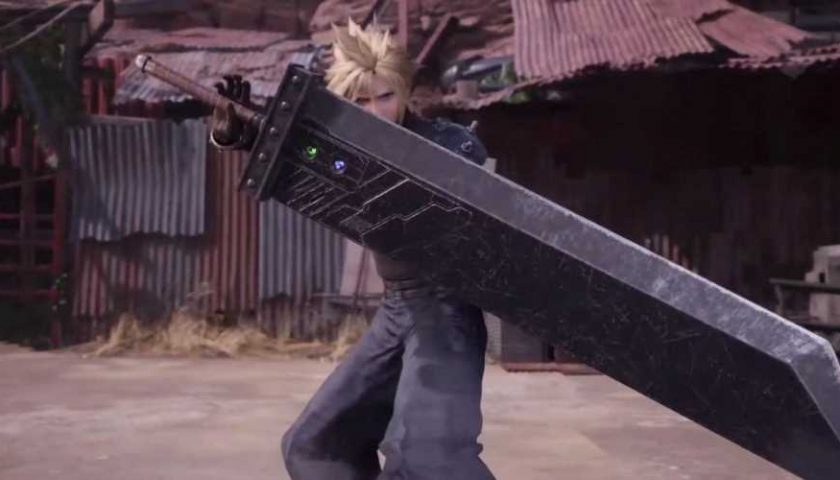 Those Final Fantasy 7 Remake fans who want to experience something of what it would be like to walk around with Cloud's Buster Sword can get into the swing of things as someone has created a fully playable motion-controlled version of the famous weapon.

Peripherals modder Super Louis 64 created the controller, showing it off in a video (below). The creator has previously recorded himself playing Elden Ring using a banana as a controller and playing Final Fantasy 14 using a slice of pizza, but now he's made something much more substantial and similar to the actual weapon shown in the game (via VGC).

As shown in the video Super Louis 64 can attack foes by swinging the replica sword; guard using the same kind of gesture as Cloud performs in the game, and move all using the motion of the sword. It's definitely a way of bringing the game to life although Super Louis 64 looks rather tired and worn out by the end of the clip.

His Buster Sword is rather large, just like the oversized weapon is in the game, and clearly Cloud must possess superhuman stamina and strength because to wield the weapon effectively and with enough endurance to slay all the countless foes he has to take down in the game must mean one hefty workout. But at least people can say they're getting good exercise when playing Final Fantasy 7 Remake if they use Super Louis 64's motion controller. As he says in his Tweet, the controller apparently works for both PlayStation 5 and PC.

According to the creator, the full YouTube video showing how he made this Buster Sword controller will be uploaded on Monday, and I'm sure plenty of people will have questions, which Louis intends on answering. Perhaps he'll provide instructions on how players can DIY his Buster Sword controller, but we won't know for sure until his video is published but for now it looks like a rather sharp creation.