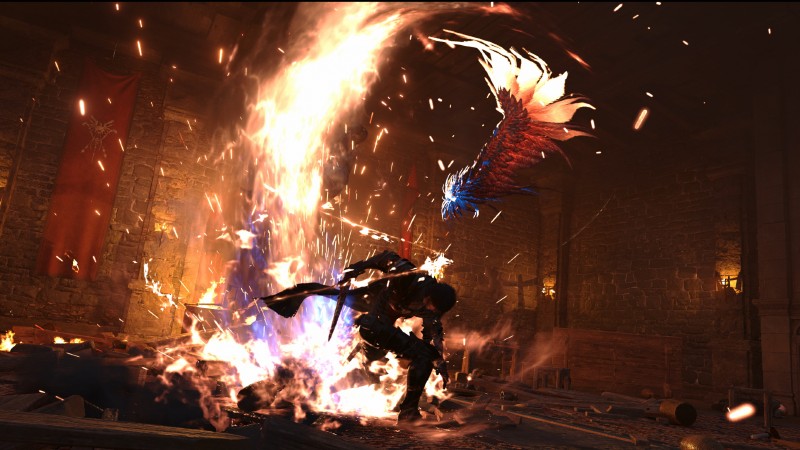 Final Fantasy XVI is nearing the end of development, according to producer Naoki Yoshida, but there’s still no word on a release date for the RPG.

Oddly enough, Yoshida’s reveal about the development of FFXVI doesn’t come by way of any usual channels like Twitter, a press release, or a development update video. Instead, it comes by way of a new Yoshida interview in a free magazine currently being given away at Uniqlo stores in Japan, as discovered by Twitter user alverich_ff14 and translated by Video Games Chronicle.

The free magazine is meant to tie in with a collaboration between Uniqlo and Square Enix, in which Uniqlo is selling 16 different t-shirts, each based on a one of the 16 mainline Final Fantasy games.

“Development of the latest title, Final Fantasy XVI, is in its final stages,” Yoshida says in the magazine. “Final Fantasy XVI aims to integrate the story and the gaming experience into a single player game. Unlike online, which portrays multiple players simultaneously, Final Fantasy XVI focuses on the individual. This makes the story more immersive. It’s a very dense story. As an adult, I learnt about society and said to myself, ‘reality is not as easy as a video game.’ I hope that those who once left Final Fantasy will remember how exciting their passion for video games was back then.”

As noted by VGC, Yoshida said in October of last year that Square Enix was nearing the final stages of development and during a Tokyo Game Show livestrem earlier that year, he said that FFXVI’s development team was working on finalizing the final side quests for the game. In December of 2021, Yoshida said FFXVI news would be coming in spring of 2022. That news still hasn’t come yet, unless this free magazine is what he was referring to, but last month, a new Final Fantasy 35th Anniversary website was launched and it teases that we could be getting information on upcoming titles soon.

Are you excited for Final Fantasy XVI? Let us know in the comments below!