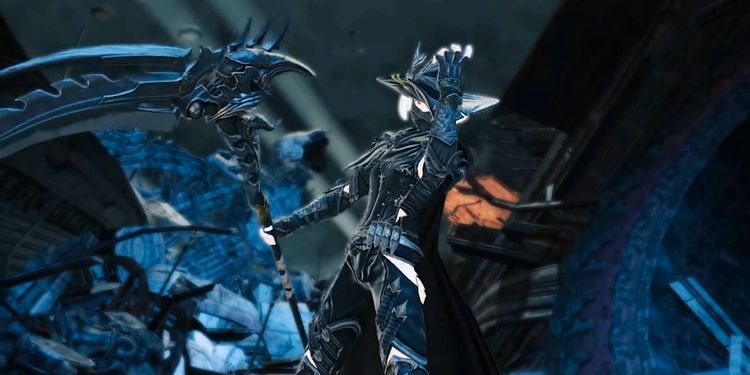 The housing market is in absolute tatters, isn't it? Not only are prices through the roof, but you never know when your house-buying bot gets duped out of 230 million. I should have probably led with the fact that I'm talking about Final Fantasy 14.

Much like the real world, demand for houses in the MMO is higher than ever. So high, that some players have resorted to using bots to buy them as soon as they're put up for sale. This is usually done by installing some kind of auto-clicker functionality to target housing placards and spam the "confirm" key until it's put on sale. This can result in them getting the house or plot, but in this case, the player's negligence cost them 230 million Gil.

According to a post on imgur, it seems another player – the one who posted the incident online – somehow bought the plot before an auto-clicker (let's call them Mr. Auto-Clicker) and then decided to run an experiment after they realised that there was something fishy. They strategically placed their Retainer near the sale placard and started putting up random stuff for sale. Mr. Auto-Clicker would immediately buy the item, because spamming the confirm key initiates any nearby transaction.

It started with items like a set of glass jars selling for like 873 Gil, but since Mr. Auto-Clicker kept buying, the player kept increasing the price, eventually leading to the sale of Ala Mhigan salt crystals for 19 million Gil. Unbeknownst to the player who set up the autoclicker, as they were probably AFK, they ended up buying a whole lot of useless items like rubber, while the poster made a great nest egg of 237,010,350 Gil at their expense.

They not only managed to get screenshots of the transactions, but also some of the conversation with Mr. Auto-Clicker, who was probably shocked to wake up and find out that they had only 24 Gil left. The auto-clicker refused to admit that they were botting and even went ahead and accused the player of hacking. However, the player didn't take too kindly to this and told them that they had screenshots to prove everything. As a final insult, Mr. Auto-Clicker was told to get off the lawn unless they wanted to get reported.