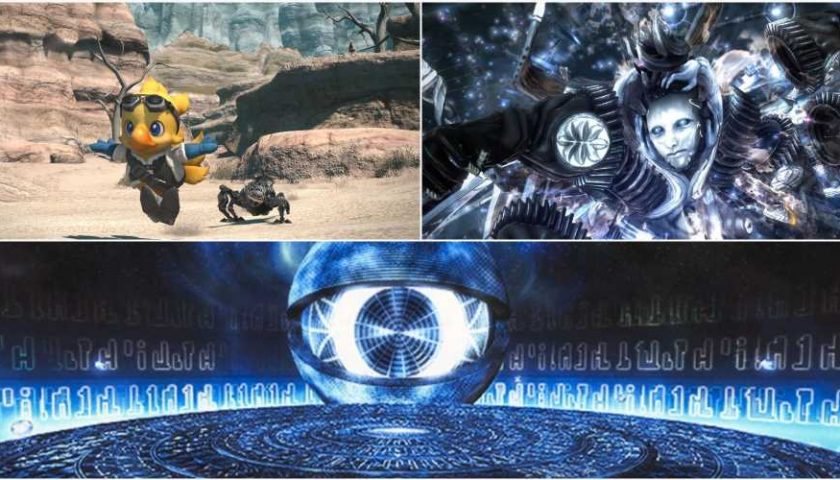 With Endalker's Patch 6.15 finally out, you can now continue the Omega series that kicked off in Final Fantasy 14's second expansion, Stormblood. The Omega questline is constantly praised as one of the most emotional and heavy-hitting pieces of content in the game, and it earns that commendation through its incredible series of raids that have genuinely heartwrenching and touching moments.

While clearing the Omega Raids won't reward you with useful gear in terms of its performance now, most of them still hold up as fascinating Glamour statements or nice sets to add to your collection. There are three total Omega Raids, all of which are essential to experience if you want to dig into the Omega: Beyond the Rift questline introduced in the latest patch. 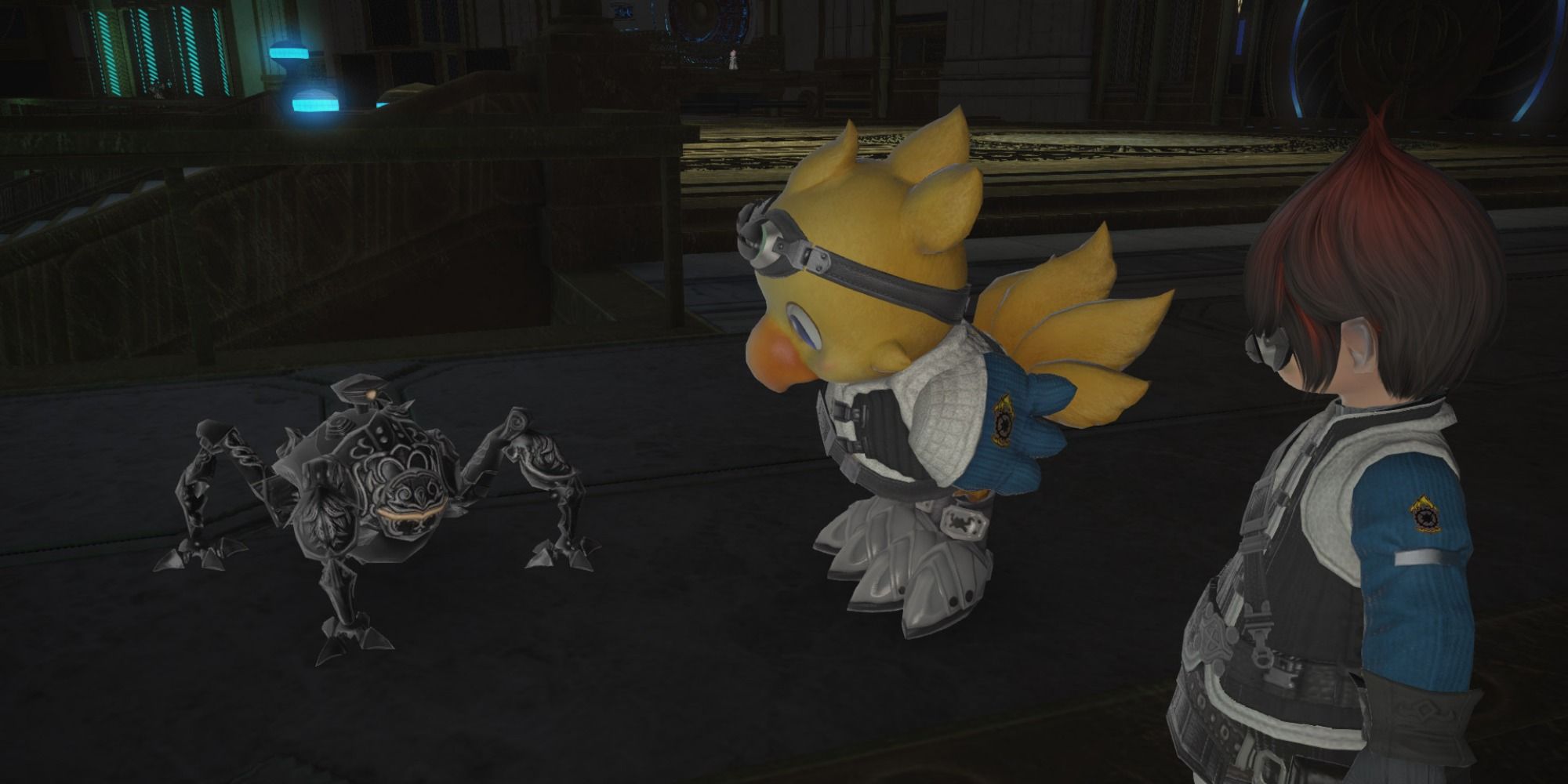 Before you can begin the Omega Raids, you will need to take care of a few requisites beforehand. If you are already caught up on the MSQ, you won't have much to do to access these quests, but newcomers may struggle a bit, especially if you try these raids at the base level requirements. Nonetheless, you can find what is needed of you below!

When the above requirements are met, you can begin the Omega questline. To do this, travel to Rhalgr's Reach and speak with Wedge (X:12.6, Y:12.4) to receive the quest "The Hunt for Omega." Completing this quest will allow you to access the first tier of the raid, the Deltascape, which we will cover below! 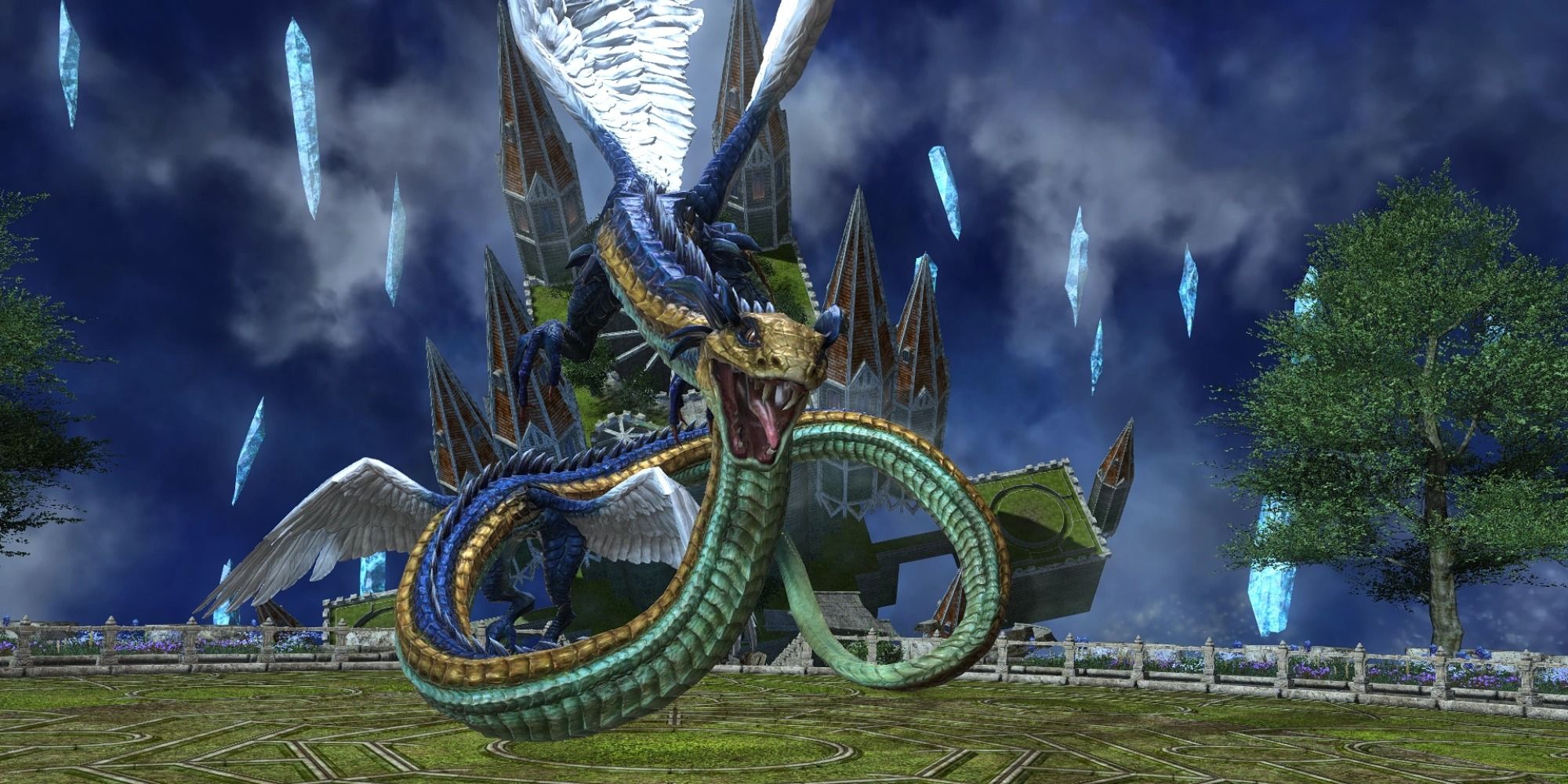 After completing "The Hunt for Omega," you will have to take on five other quests to access specific parts of the Detascape Raid and progress through it and onto the next one. To make it easier which quests you need, their requirements, and how to access them, we will put everything in the table below!

After completing "The Anomaly," you can continue onto the next section of the guide to start the next tier of the Omega Raid! 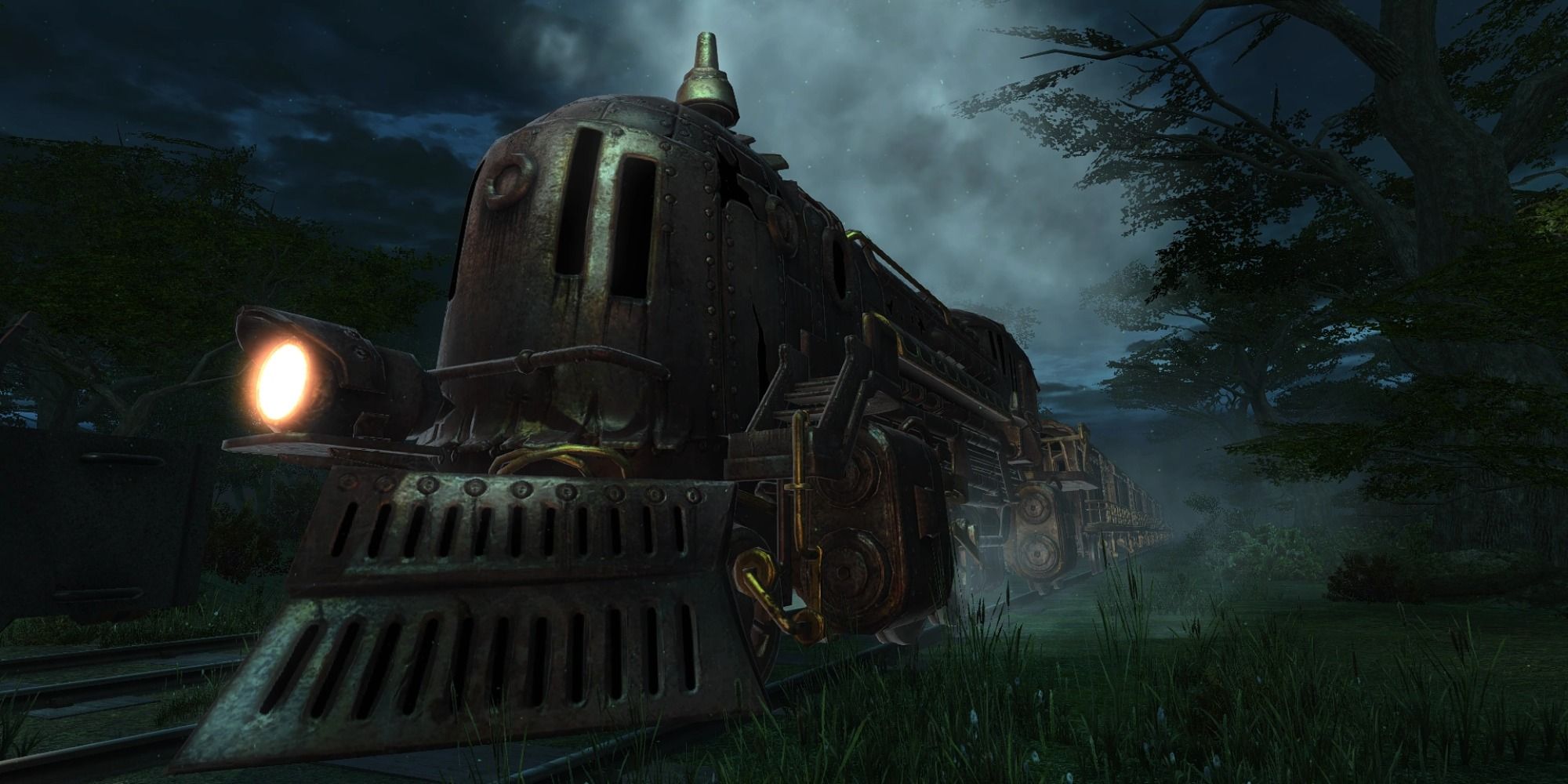 With "The Anomaly" completed, you can move onto the second tier of the Omega Raid. Aside from the new iLevel requirement of iLevel 325, you should be able to access the Sigmascape if you made your way through Deltascape. Additionally, Sigmascape also has four quests that you will need to complete to progress through the raid and make it to the third and final tier.

But first, before gaining access to the Omega Sigmascape Raid, you will have to complete an entry quest. This can be picked up by heading to Rhalgr's Reach and speaking with Jessie (X:13.4, Y:12.4) to obtain the quest "Return to the Rift." Complete this quest to gain access to the rest of the Sigmascape missions, which we will detail further below!

Now that "Test World of Ruin" has been cleared, you are free to move onto the third and final tier of the Omega Raid, the Alphascape! 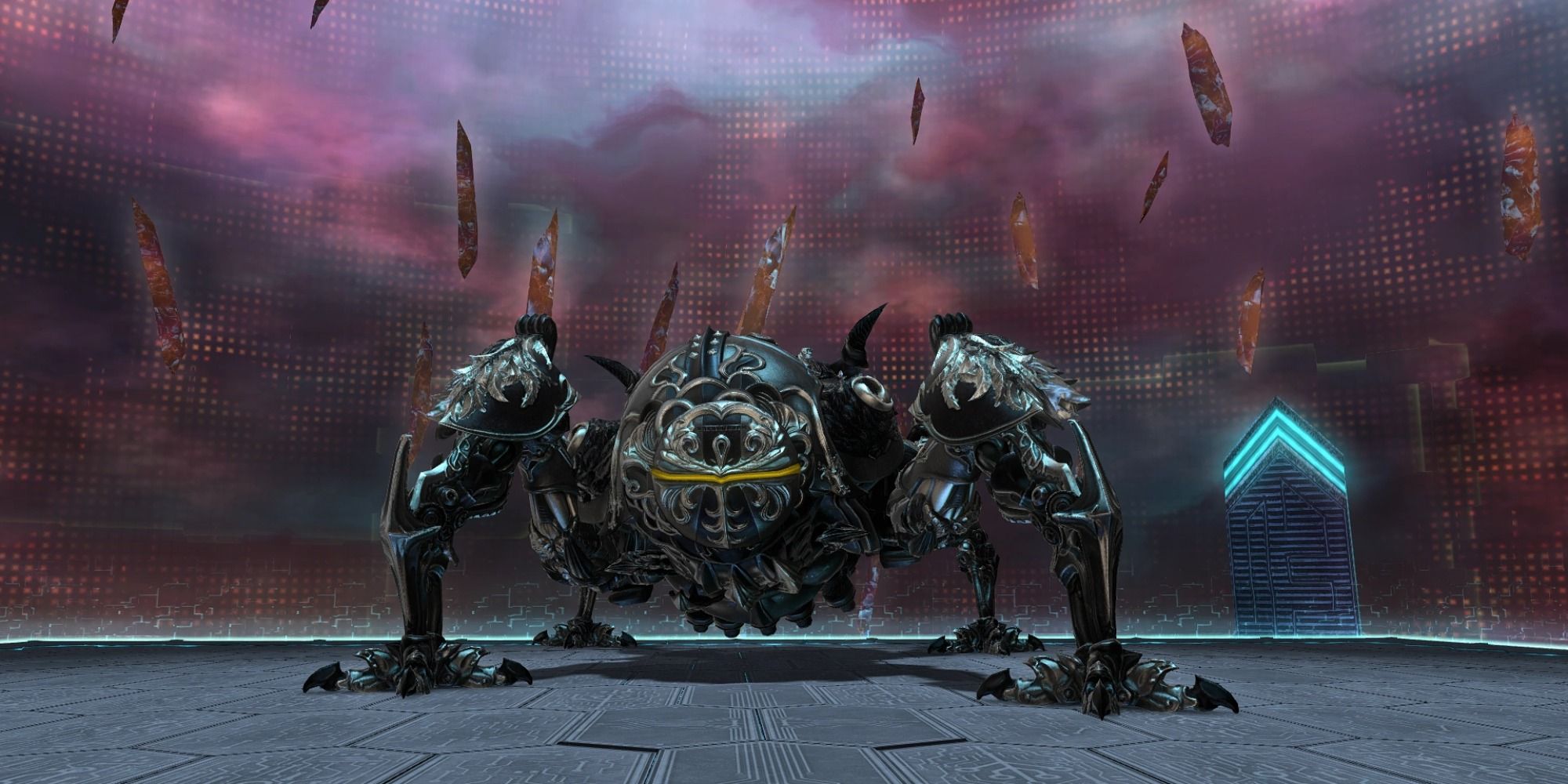 We are finally here, at the third tier of the Omega Raid Series, the Alphascape. This is the emotionally charged conclusion we forewarned you about, so be prepared for that on top of learning the boss mechanics. Additionally, like the Sigmascape tier, a new iLevel requirement is needed to access the Alphascape, increasing it to iLevel 355. However, unlike its predecessors, there is no introductory quest here, so we will jump straight into the table containing every Alphascape quest, requirements, and location!

And, with the completion of "To Kweh Under Distant Skies," you are all caught up on the Omega questlines, priming you for Patch 6.15's "Omega: Beyond the Rift." We will go over how to access the new portion of the story below!

Omega: Beyond The Rift 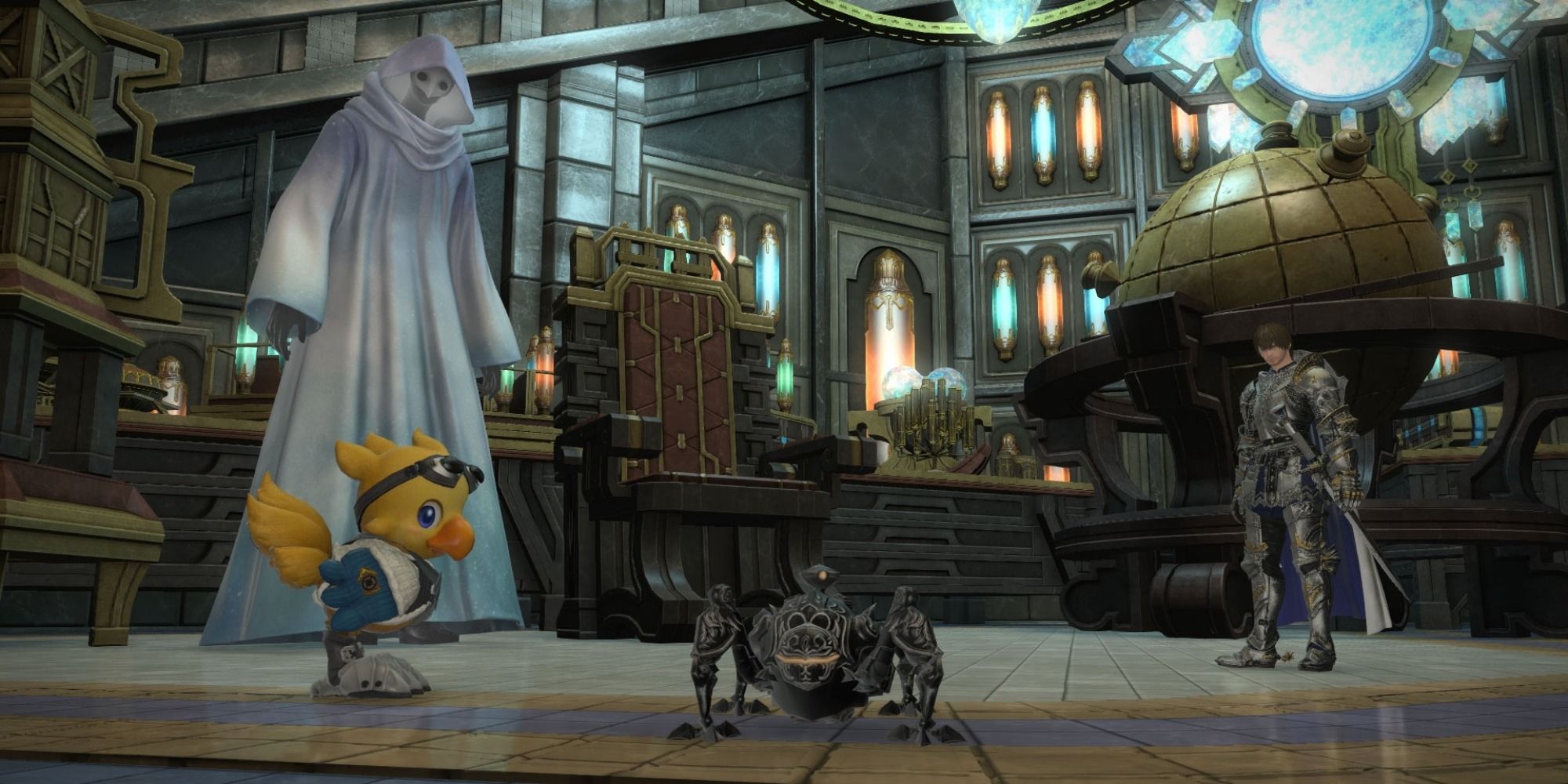 Now that Patch 6.15 has been freshly rolled out and you caught up on the Omega story, you can dive into the newly added quests that continue the emotional tale. However, before doing so, you will need to meet a few requirements first, which we will detail below!

After reaching the above prerequisites, it's time to begin the Omega: Beyond the Rift questline! To do this, make your way to Old Sharlayan and speak with Bespectacled Technician (X:10.9, Y:14.3) for the quest "A Heartless Hypothesis."

Completing "A Heartless Hypothesis" will unlock the last accessible quest presented in this patch, "Goodbye, ε̆│̆│Δ." This quest can be started by heading to Radz-at-Han and speaking with Omega (X:10.0, Y:13.5). Finish this sidequest to receive the Flow Together Orchestrion Roll! 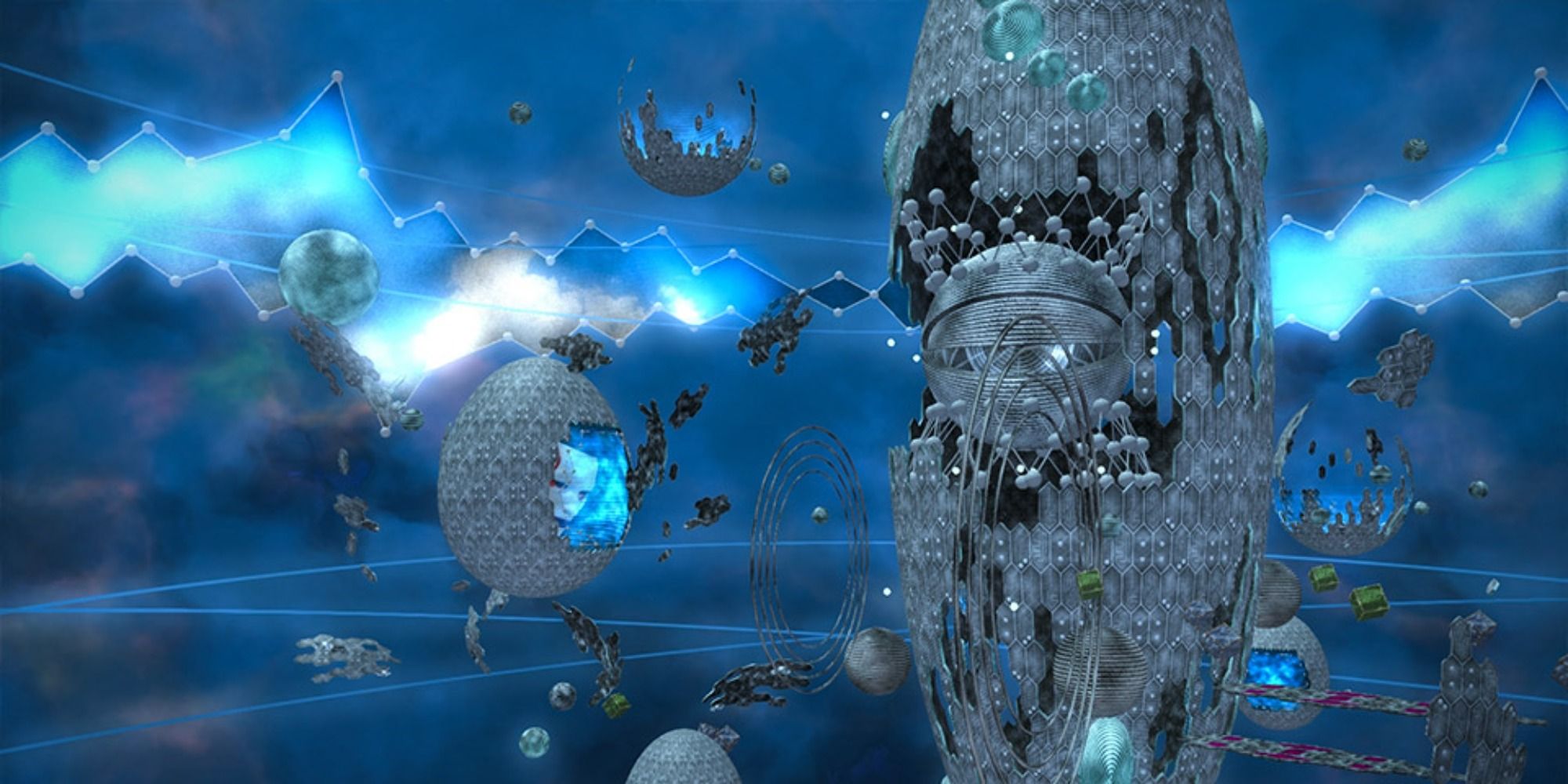 If you want to get through the Omega Raid tiers as quickly as possible and are in the endgame portion of Endwalker, you can take each boss on either solo or with a party with an Unrestricted Party. This will allow you to enter each encounter as Level 90 and your current iLevel, making things much more doable. However, keep in mind that each Omega Raid is Level 70, so it will still pose a threat, so don't expect to be able to go in and demolish every boss instantly. It will still take time and focus. To make your party unrestricted, do the following:

For what it's worth, we do not recommend attempting these raids on your own, as they will take an extremely long time to complete, and dying will reset your entire progress. So, instead, we suggest searching for a party with either Restricted or Unrestricted Party Settings. Going at this alone is not the cakewalk you might think it is, and we urge you to grab a party to speed up the process!