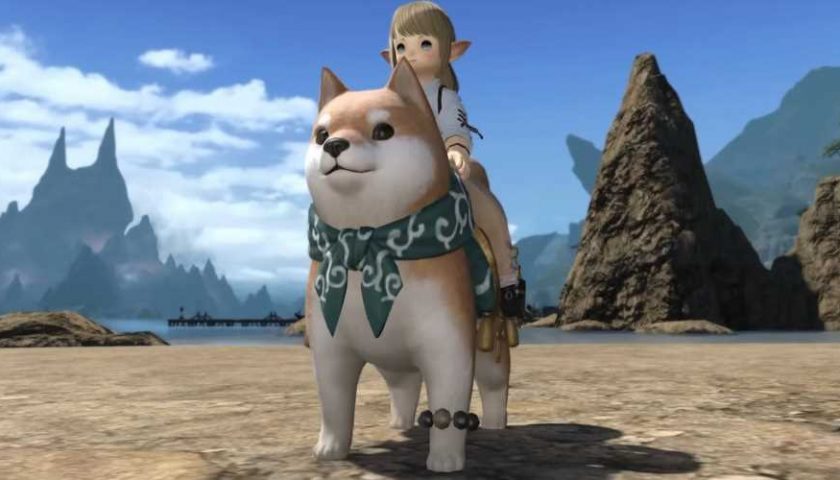 The problem with persistent online games is that there’s often no way to surprise your fans. Even if something isn’t enabled in an MMO as soon as a patch arrives, dataminers are just going to dive into the code and figure out what’s coming before it even goes on sale. Which is exactly what’s happened with Final Fantasy 14’s long-awaited shiba inu mount.

Discovered way back in April when update 6.1 first arrived, fans have been utterly salivating at the prospect of having their own giant shiba inu to run around Hydaelyn. Now, after almost three months, the Megashiba will finally arrive.

As you can see in the trailer below, the Megashiba will be able to bark, whimper, and wag its tail while doing an excited tippy-tap dance. It can also fly, which causes the Megashiba’s tongue to adorable loll in the wind.

Besides your new favorite mount, today’s server maintenance will also bring the Street Attire set. This set comes with a leather vest or jacket, cargo pants with multiple pockets, way too many chains and necklaces, high-top sneakers, and a backwards-facing ball cap. They also accept dyes in case you weren’t a fan of the dark leather look.

Final Fantasy 16 is on the way, and even though Yoshi-P is also producing the coming game, it won't have any relation to Final Fantasy 14. That's according to Naoki Yoshida himself, who clarified in an interview with IGN that the two games don't take place in the same universe.

"That doesn’t mean that there won’t be some easter eggs, though!" Yoshida added. "That said, 16’s main focus will be on maintaining that series-wide feel of 'playing a movie' rather than drawing from past titles."