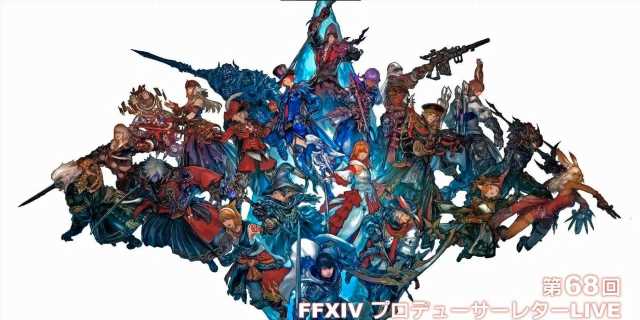 Final Fantasy 14 dropped its 69th Letter from the Producer Live stream yesterday. The stream went on for over 5-hours discussing everything from graphical updates, the future of the game, and the fact that Director Naoki Yoshida isn't going anywhere.

Yoshida touched upon the idea of NFTs during the test broadcast. He acknowledged the nervousness and sensitivity brought about by CEO Yosuke Matsuda's comments on the subject. To get things out of the way he started off saying that the way Final Fantasy 14 is designed prevents the devs from incorporating any kind of NFT features – something that they never intended to introduce in the first place.

However, based on the reaction Matsuda's statement received, Yoshida believes that a lot of people have misunderstood the concept. Saying that, he would love to have an open discussion about NFTs as long as it's unrelated to Final Fantasy 14. He sees NFTs as an opportunity for a new business model – and while the feature could make the concept of a video game more fun, he believes the game would need to be specially designed to accommodate it rather than slapping it onto any existing product.

He feels that there is a potential of using NFTs without it going the "wrong way", but before getting into the monetization the most important thing to ensure is that the game itself is fun and that people will want to play it.

This probably came as a huge relief to Final Fantasy 14 players who were worried that NFTs would make their way into the game after Matsuda's address. "I realize that some people who “play to have fun” and who currently form the majority of players have voiced their reservations toward these new trends, and understandably so," he said in a New Year's letter to fans.

"However, I believe that there will be a certain number of people whose motivation is to “play to contribute,” by which I mean to help make the game more exciting. Traditional gaming has offered no explicit incentive to this latter group of people, who were motivated strictly by such inconsistent personal feelings as goodwill and volunteer spirit. This fact is not unrelated to the limitations of existing UGC (user-generated content)."