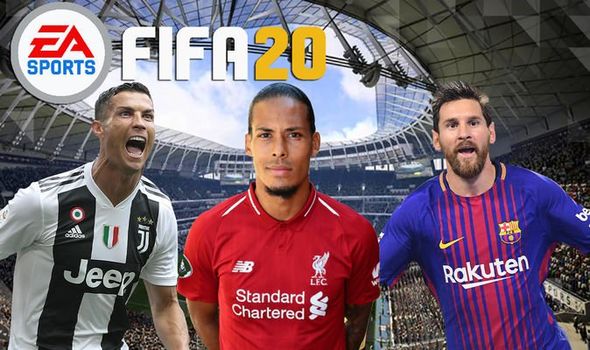 EA Sports has announced the news FIFA 20 fans have been waiting for.

EA Sports has revealed when the official FIFA 20 player ratings will be made public.

The FIFA 20 ratings reveal countdown will begin on September 6. If it’s anything like last year, expect the best players to be announced in waves beginning with 100-81.

Ratings are traditionally revealed at 2pm UK time, so check back on Friday afternoon for the first batch.

Of course, some ratings appear to have leaked ahead of the official EA Sports reveal.

According to a FIFA News Twitter post, Lionel Messi will edge out Cristiano Ronaldo as the best player in FIFA 20.

Messi reportedly has a rating of 94, compared to 93 for Ronaldo and 92 for Neymar.

Interestingly, if the leak is accurate, Premier League stars make up the remainder of the top 10.

Kevin de Bryune is said to have a rating of 91, followed by 90 for Mo Salah, Alisson, and Virgil Van Dijk.

Manchester United goalkeeper David De Gea is next with 89, while Raheem Sterling and Christian Eriksen have a score of 88.

Fans will begin to find out how accurate the leaks are when the FIFA 20 ratings are revealed beginning on September 6.

The upcoming FIFA game makes all of the usual changes to gameplay, including a new dynamic dribbling system that offers more options in 1-v-1 situations.

It also introduces strafe dribbling, controlled tackling and composed finishing when it’s just you versus the goalkeeper.

The biggest new addition is the Volta Street Football mode, which also appears to be the focus of the game’s story.

A free demo is expected to be released on September 12.