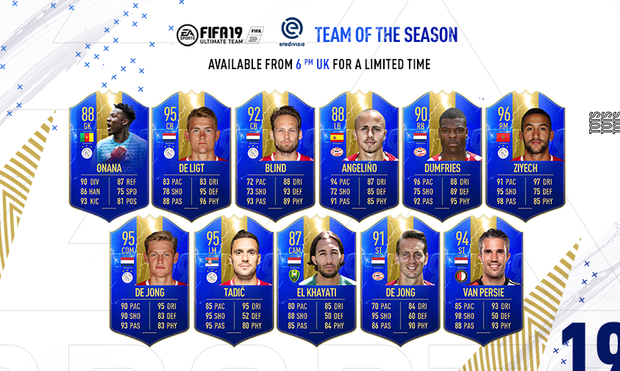 As fans of FIFA 19 will be well aware, EA Sports is currently releasing – week by week – its FIFA 19 Team of the Season squads.

One by one the team is rolling through each major league to reveal which players have performed well above and beyond the rest of the league.

Here’s a quick look at the players who’ve been deemed worthy of a FIFA 19 Ultimate Team upgrade:

Stay tuned for more details and potential SBC’s released over the coming days.