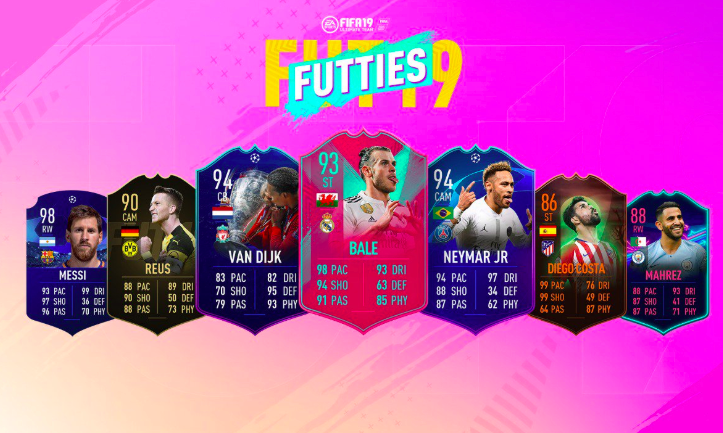 The first FIFA 19 Futties vote is now live and you can select between these three players:

And the requirements for the SBC are:

If you missed out on some of the many exciting SBCs that were released throughout the year, this could be your chance to complete them! A selection of the most popular SBCs will be made available throughout the event. Keep checking in-game to see when they become available.

We’re rewarding your loyalty! At the start of FUTTIES you could be eligible to receive a reward pack and the tier of the reward will be based on how many days you logged in to FUT since launch. You have the entire duration of the campaign to log in and claim your pack, if you qualified to receive one.

Make sure you keep an eye on Objectives throughout FUTTIES! Select FUTTIES players will be made available via objectives. These players will help to improve your squad in key positions so that you can complete your Ultimate Team.

FUTTIES is available on PlayStation 4, Xbox One and PC.