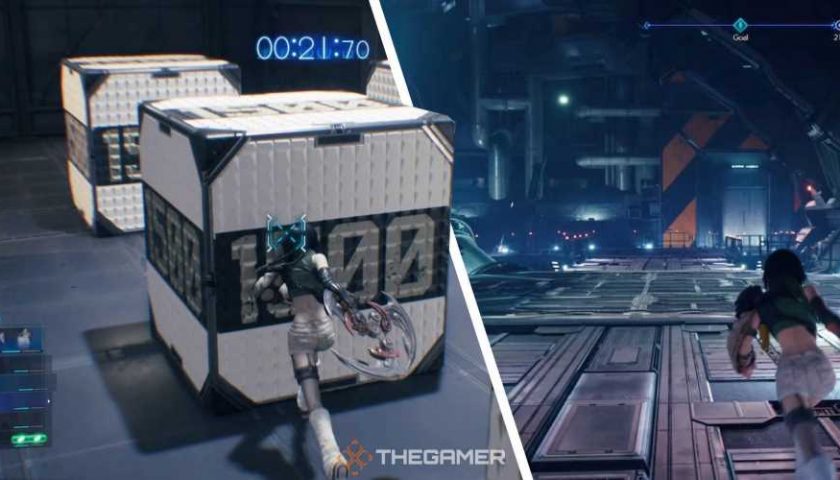 Like the main game, Yuffie’s DLC in the PS5 version of Final Fantasy 7 Remake features a box-busting minigame. The rules are similar, but due to Yuffie’s differing combat abilities, you have to take a different approach to the course.

The following guide will help you achieve the perfect score in the game’s second round, earning you a trophy and an Exp Up Materia. Because the Materia is only useful as long as you have not reached the level cap, we recommend doing this on your first playthrough to take full advantage of the reward. It seems impossible at first but becomes more manageable as you understand the method of beating it.

How To Unlock Soldier Training 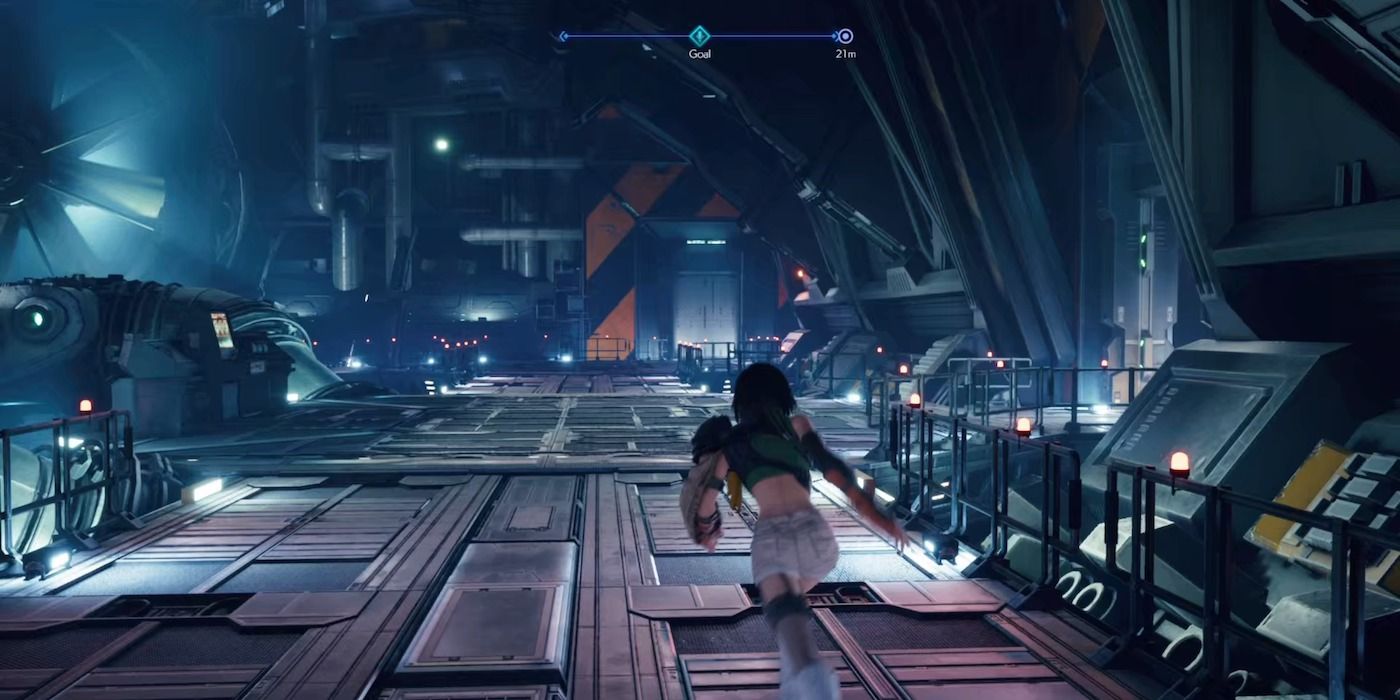 Finding the minigame is quite simple. Once in the middle of Chapter two, there is a big room with a giant fan. There is also an elevator that does not work so you have to use the ladders in the middle to ascend instead.

When on level B14 you’ll see a room behind a computer monitor. You’ll know it’s the right one because there’s a purple marker indicating a side quest. Then, you have to beat the Basic Training exercise. 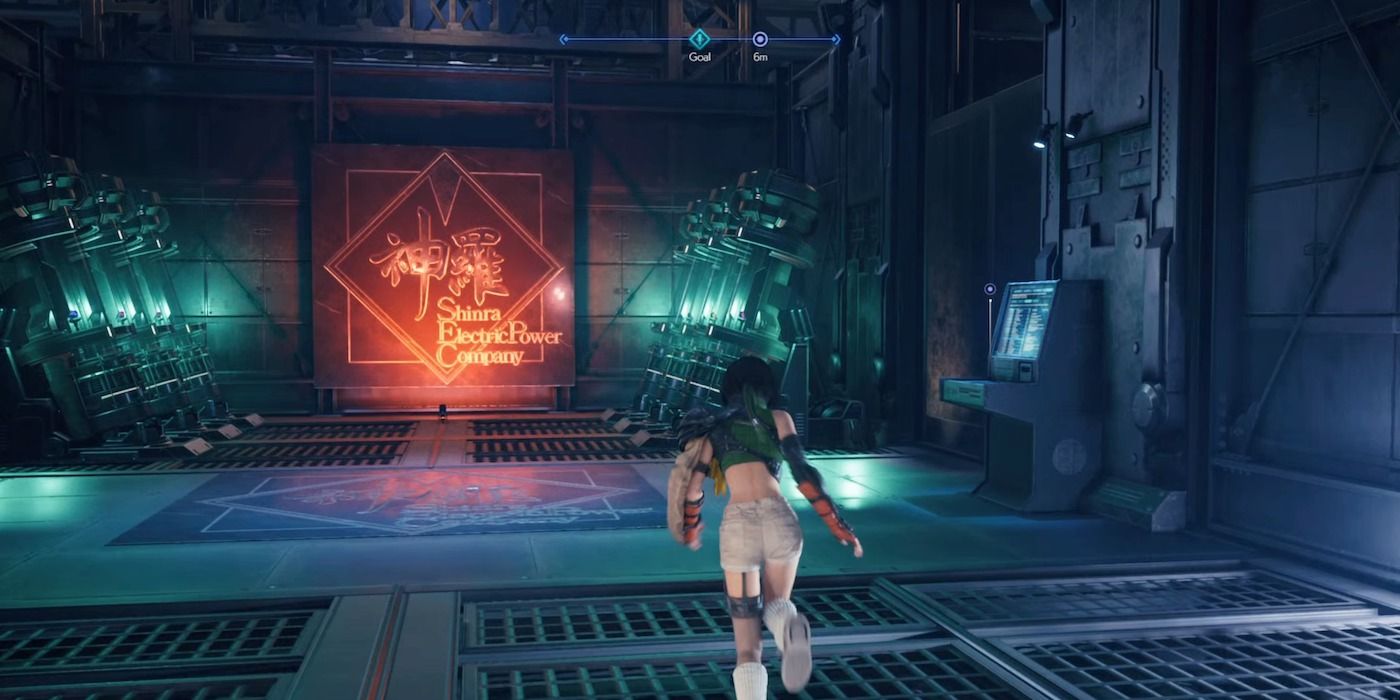 Beating this wave should not prove too challenging. Follow a couple of strategies to help maximize efficiency:

With these strategies in hand, basic training should be a cakewalk. There is plenty of room for error on the Basic Training exercise. so do not sweat it if you make a few mistakes. 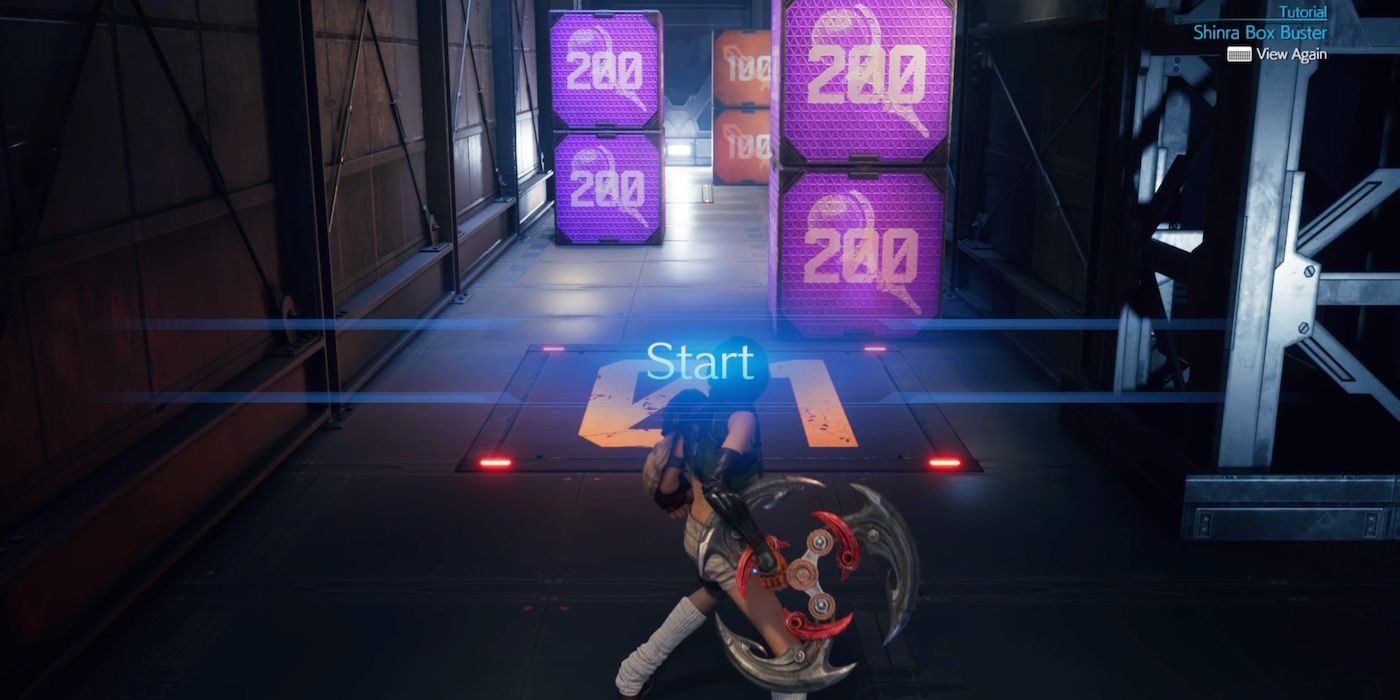 To get 50,000 points in Soldier training, you have to destroy every box in the course. We’re not going to tell you it is easy, but by following the strategies listed above you can definitely do it with some time to spare. Here are a couple more things to keep in mind for this course:

Walkthrough Of The Soldier Training Course 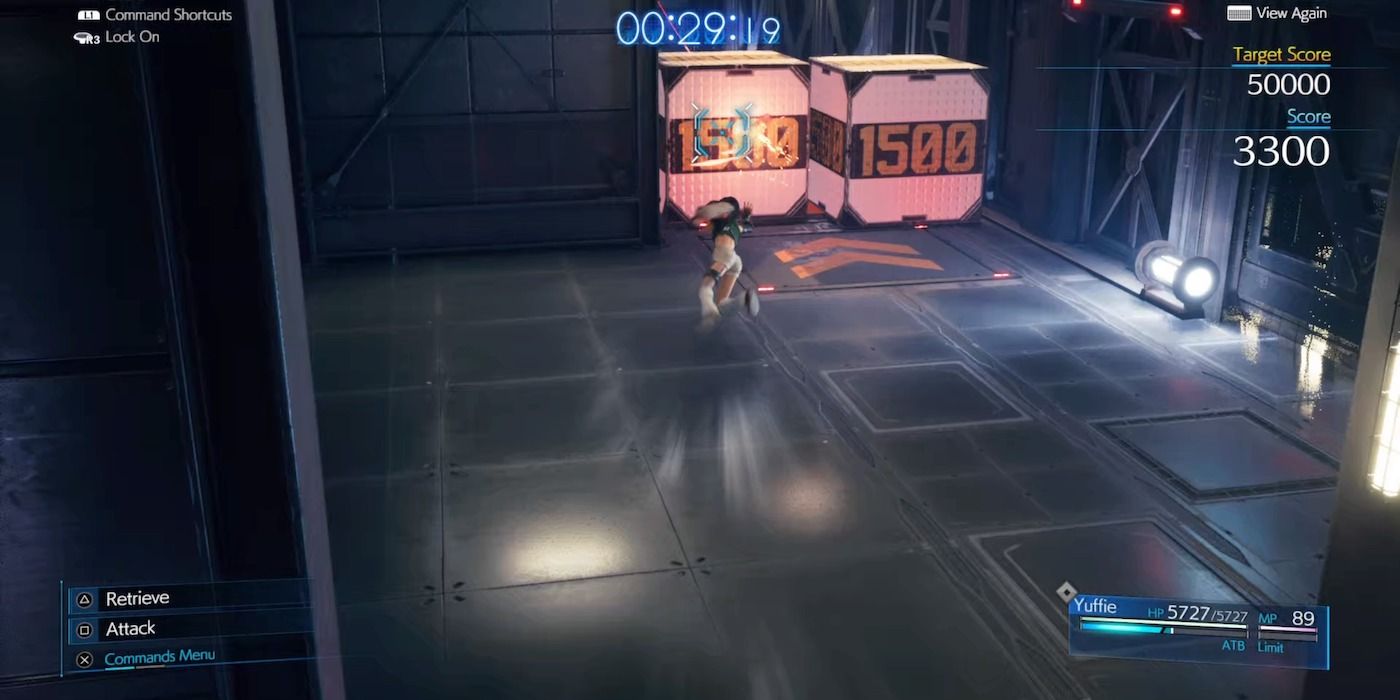 When it starts, immediately look to the right for two purple boxes and a red time box.

Use throw and retrieve on all the boxes in the first room and then throw and Windstorm on the metal box.

Repeat the process for the next room. 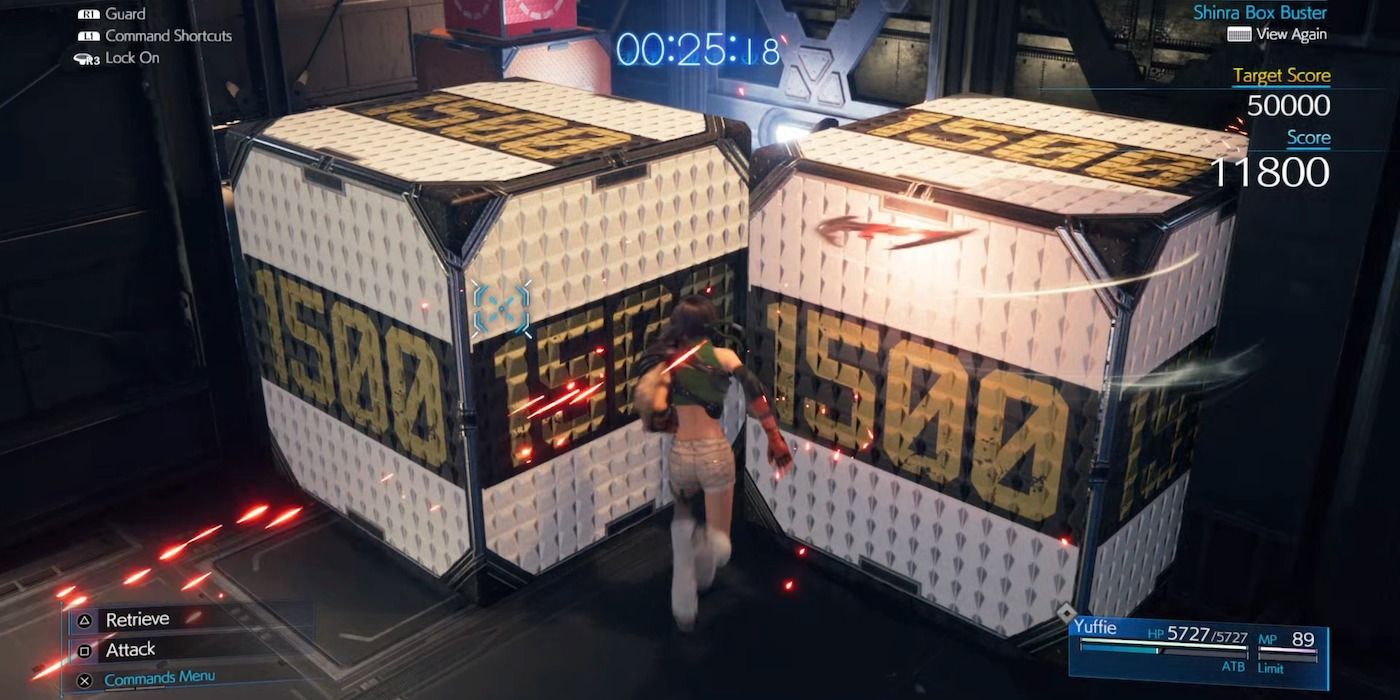 The next, larger room requires more balancing between smaller boxes and metal boxes.

Start with the smaller boxes, but once your ATB bar is full use Windstorm on a metal box.

If the angle is right, you should be able to take out the two metal boxes in the far right corner with one Windstorm. 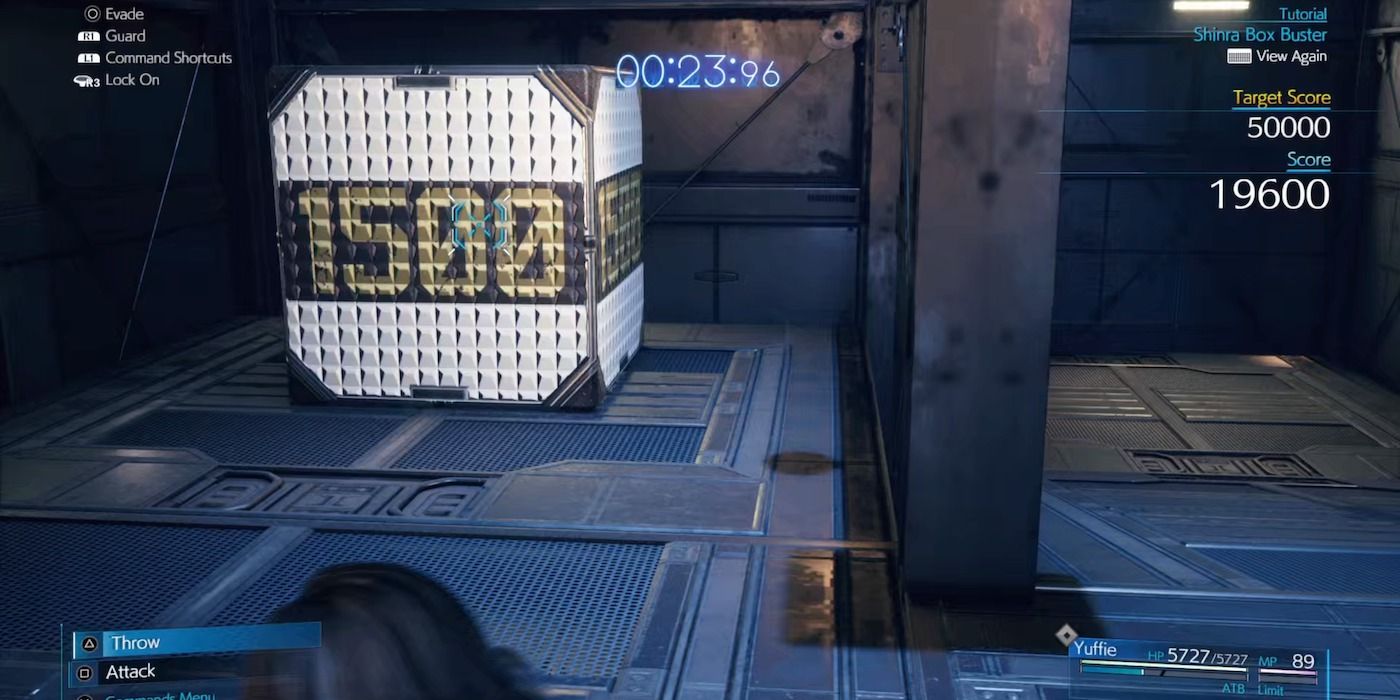 Once you go up the ramp, repeat the same process with the two metal boxes blocking the way.

Before going down the ramp into the next room, turn around; there is a metal box hidden behind you.

If your ATB bar is not full attack it for a few seconds to fill it up and then use Windstorm. 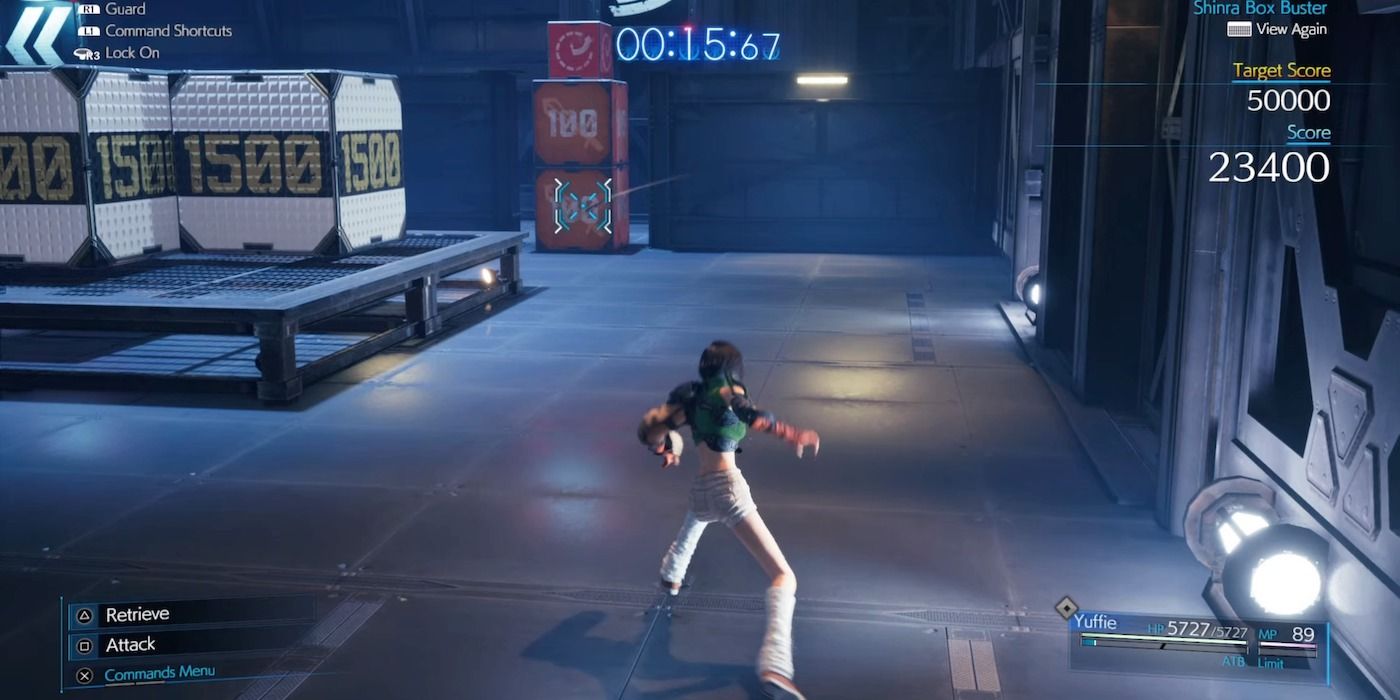 In this room use the same strategy as before, balancing attacking smaller boxes to fill up the ATB gauge and using Windstorm on the metal boxes.

While backtracking is generally discouraged, this is the one instance where you might have to do so.

Don’t be afraid to leave one or two metal boxes behind if time is running low. 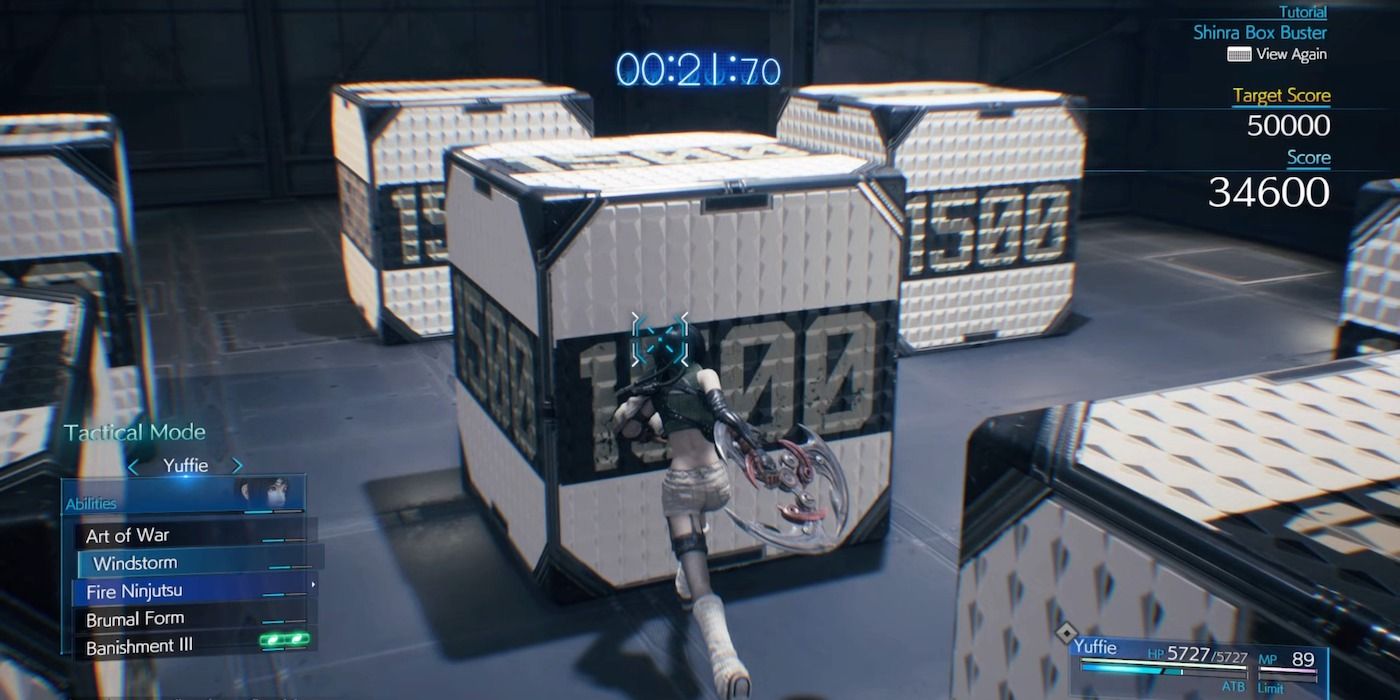 Destroy the two metal boxes below and go for the red boxes first in the next room to buy some time.

Then, go to the middle of the room with all the metal boxes.

By this time you should have Banishment III ready to use. Activate it and it should clear the room of all the metal boxes. 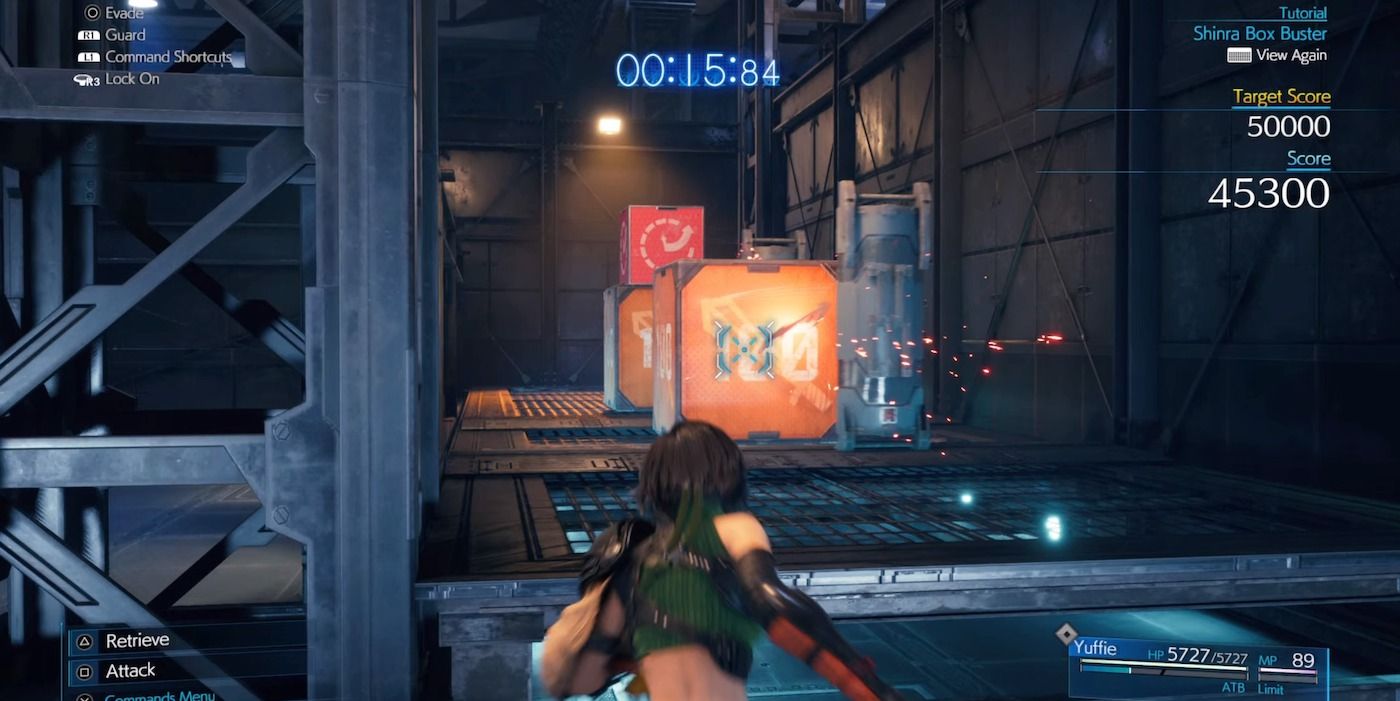 With these out of the way, go to the back of the room.

There are two red boxes and a clock box.

You have to use throw and retrieve to take these boxes out, but there are also two shields going back and forth guarding the boxes.

Time your throws so as to not hit the shield and waste time.

Generally, just wait until the shields are headed towards the left side of the wall, since Yuffie’s shrunken curves from the right side to the left. 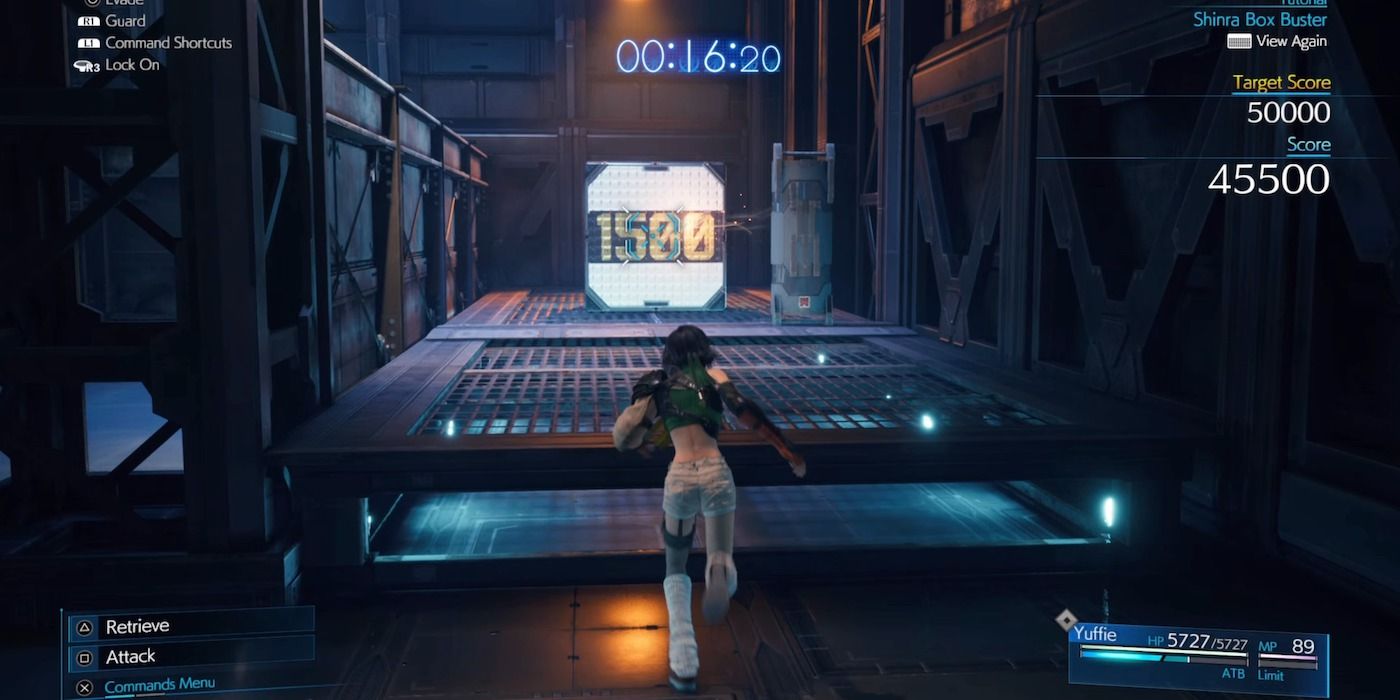 Destroying these should have given you enough ATB for at least one bar, so go back to the start of this room where a metal box is sitting behind another shield.

Throw the shuriken at it and use Windstorm. Even though Yuffie is far away, it should still destroy the box.

If you had to leave any other metal boxes behind in the prior room. Now is the time to go back and get them.

If you have about 15 seconds left on the clock, this should be more than enough time to take them out. 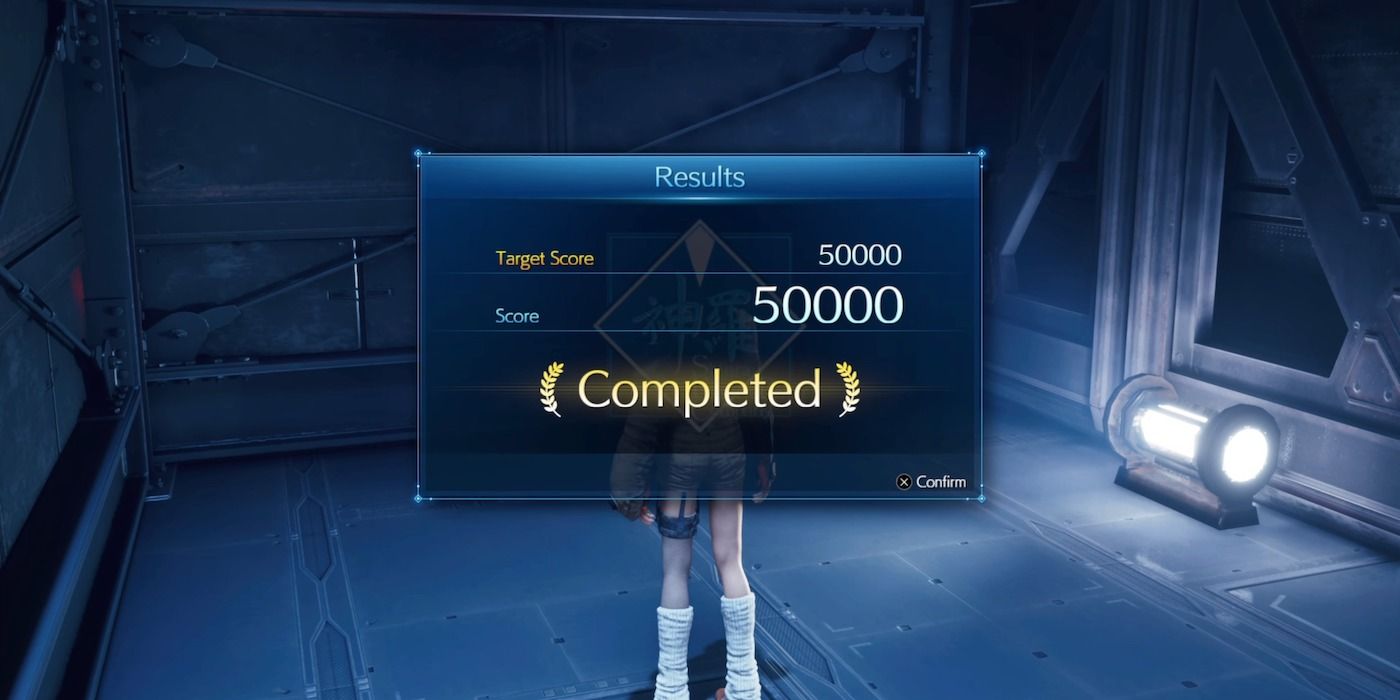 At this point, you’ll have destroyed every box and earned 50,000 points in the box-busting minigame. It is definitely not easy and these tactics take some time to nail down and get used to.

If at first you do not succeed or even come anywhere close, do not worry. Remember also not to button mash or panic, since this will waste time.

One of the biggest problems is the lock-on mechanic. It is too easy to accidentally lock on to another box somewhere else or use Ninjutsu on the wrong target after already throwing the shuriken. Both of these mistakes cost precious seconds and are easy traps to fall into if you are rushing. You’ll find your score improving on each run and eventually victory should be in sight but don’t be surprised if it takes half an hour or so to master.