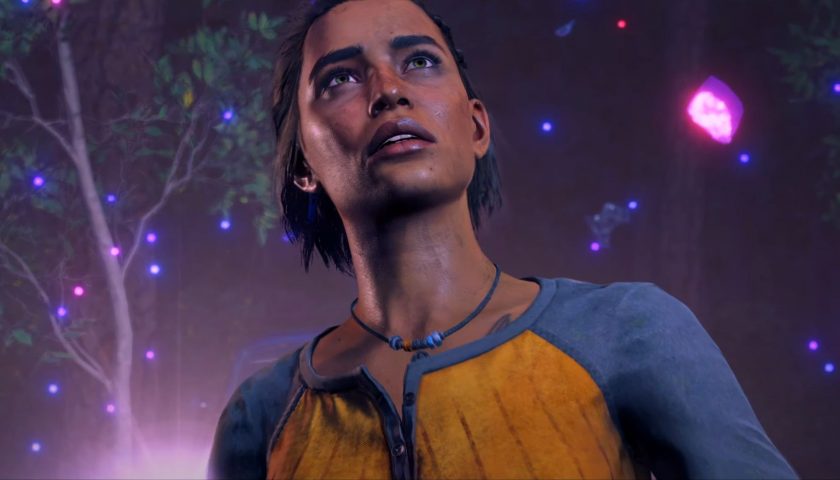 While Ubisoft didn’t announce a Game of the Year edition for Far Cry 6, the leak from several months ago did get one thing right. Far Cry 6 is getting a new DLC expansion, Lost Between Worlds, and it’s coming next week.

Lost Between Worlds will transport "players to an otherworldly dimension full of fractured worlds called rifts, each a twisted slice of Yara full of surprises, dangers, and diverse gameplay challenges," according to Ubisoft. There’s mention of multiple player paths "across multiple runs," which smacks of roguelike elements found in Far Cry 6’s past villains DLC.

In a trailer released today, the new expansion starts off with Dani Rojas enjoying relative peace on Yara when a strange purple light spits out an alien spacecraft that crashes in the island nation. Rojas investigates, and because they’re a maniac, shoots the glowing ball which promptly explodes, killing them.

However, Rojas finds themself resurrected in a crystalline world fighting crystalline enemies and hopping from rift to rift in search of something to help Fai, the alien consciousness that initially exploded. Along the way, Rojas will find new crystalline weapons, new abilities, and discover all-new Yaran lore.

Lost Between Worlds arrives December 6 as part of the Upgrade Pass, or for $19.99 as a standalone expansion.

In addition to the new DLC, Far Cry 6 received a free update today that adds New Game Plus, allowing players to liberate Yara all over again using the same progression and unlocks from their first game. There’s also a new completionist aid feature that tracks the game’s secrets to tell the player how much is left to discover.

And finally, Ubisoft announced a free trial for Far Cry 6 in the lead-up to the release of Lost Between Worlds. The trial will let players experience Far Cry 6’s opening moments and liberate Isla Santuario, the starter island that Rojas tries (and fails) to escape. The free trial is available now on Xbox, PlayStation, and PC via the Ubisoft Connect launcher.