Far Cry 6 had a release date of February 18, 2021, but Ubisoft now plans to release the open-world adventure during its next fiscal year. That begins April 2021 and ends March 2022. The unfortunately named Rainbow Six: Quarantine is also still coming, but the publisher is scheduling for that same period. Ubisoft announced these delays in its first-half financial report today. This move comes as a result of production delays due to the complications of the pandemic and work-from-home.

“Despite having moved Far Cry 6 and Rainbow Six Quarantine to 2021-22 to leverage their full potential in the context of production challenges caused by COVID-19, our new non-IFRS operating income targets for 2020-21 remain within the boundaries we set back in May,” Ubisoft chief financial officer Frédérick Duguet said. “Being able to maximize the long term value of our IPs while at the same time maintaining solid financial targets highlights the increasing recurring nature of our revenues, the strength of our portfolio of franchises, confidence in our holiday season release slate, and current supportive industry dynamics.”

If you’ll allow me to translate that — Duguet is saying that Ubisoft is making a lot of extra cash right now due to the pandemic. People are turning to games for safe, at-home entertainment. And this has led to a surge in revenue for the publisher’s ongoing live-service games like Rainbow Six: Siege. But it’s also led to an increase in sales for catalog releases like Assassin’s Creed: Odyssey.

People are also buying more games digitally. This increases the profit margin of each game sold, which is yet another example of the trends moving favorably for gaming publishers.

This enables Ubisoft to delay games without taking a major hit. 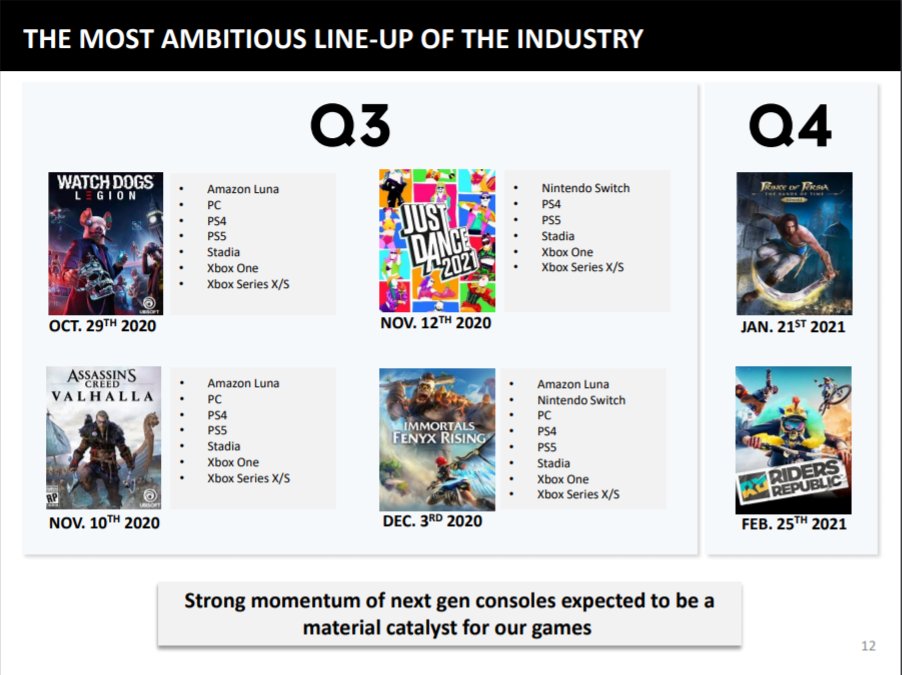