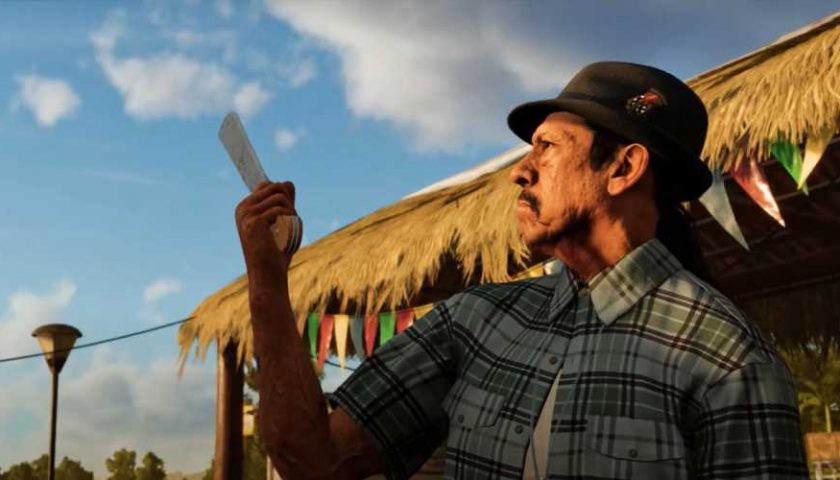 Danny Trejo is back in Far Cry 6 after being released a month early. Ubisoft first revealed a Danny Trejo crossover event alongside Stranger Things and Rambo just before the game's launch, promising to release each as free DLC in the months following. Then in November, Ubisoft surprise dropped the Dani & Danny vs Everybody mission, only to take it back a day later.

It turns out that Ubisoft gave us an unexpected preview of what was to come, with a community manager promising a "final version" of the free mission at a later date. Trejo was removed in Title Update 2, but now he's back and he's here to stay.

Danny Trejo has a bizarre but oddly appropriate cameo in Far Cry 6. The actor and taco entrepreneur is on the island of Yara to bring the joy of tacos to the oppressed masses. Unfortunately, Anton doesn't like tacos, so he sends his goods to ruin Trejo's plans. It's your job to first defend Trejo as he cooks up his "world-famous" tacos and then defend Trejo again as he goes to deliver them. Explosively.

Fighting alongside Danny Trejo is reward enough on its own, but completing the mission puts some crema and the Trejo taco with Danny Trejo cosmetic bundle and also an in-game version of his real-life taco truck. You also get the Carne Grande, which is a motorcycle sidecar that mounts a minigun.

Ubisoft even managed to get Trejo on Twitch to watch himself in action, although he didn’t take part in the gameplay himself. Trejo isn’t much of a gamer outside of Animal Crossing, but he does love to be in video games.

Dani & Danny vs Everybody is available now in Far Cry 6 along with the new special operation: Malagua.