In the latest issue of Famitsu, new screenshots and a developmental update was revealed for the highly anticipated Deltarune Chapter 2.

Many indie games are released in a given year, but only a few become massive hits. One of the biggest was 2015’s Undertale. No one could have predicted the longstanding social media impact of this deconstructive RPG. Its acclaimed soundtrack, quirky characters, and story themes made it a game no one has forgotten. Although a complete experience, many fans have thought about what a potential follow-up could look like.

Deltarune Chapter 1 released on PC on Halloween, 2018 and was later ported to Nintendo Switch and PS4. Although not a direct sequel to Undertale, everything about Deltarune – the new and returning characters, music, and story – emulated the feel of its predecessor. The cliffhanger ending especially brought to mind the creepier parts of Undertale. Since then, fans have been heavily anticipating what comes next.

It was revealed last week that the latest issue of Japanese gaming magazine Famitsu would feature a special section for Undertale’s fifth anniversary. Although there’s still no release date for the rest of Deltarune, the magazine unveiled new screenshots and an update.

As translated by DualShockers, Toby Fox said development on Deltarune Chapter 2 began “a few months ago.” Despite injuring his wrist “around seven months ago,” development is actually going “faster than for Chapter 1” with his small team. Along with completing the first draft for all cutscene dialogue in the game, the translation says “most of the Game Design work” for all the chapters is complete. 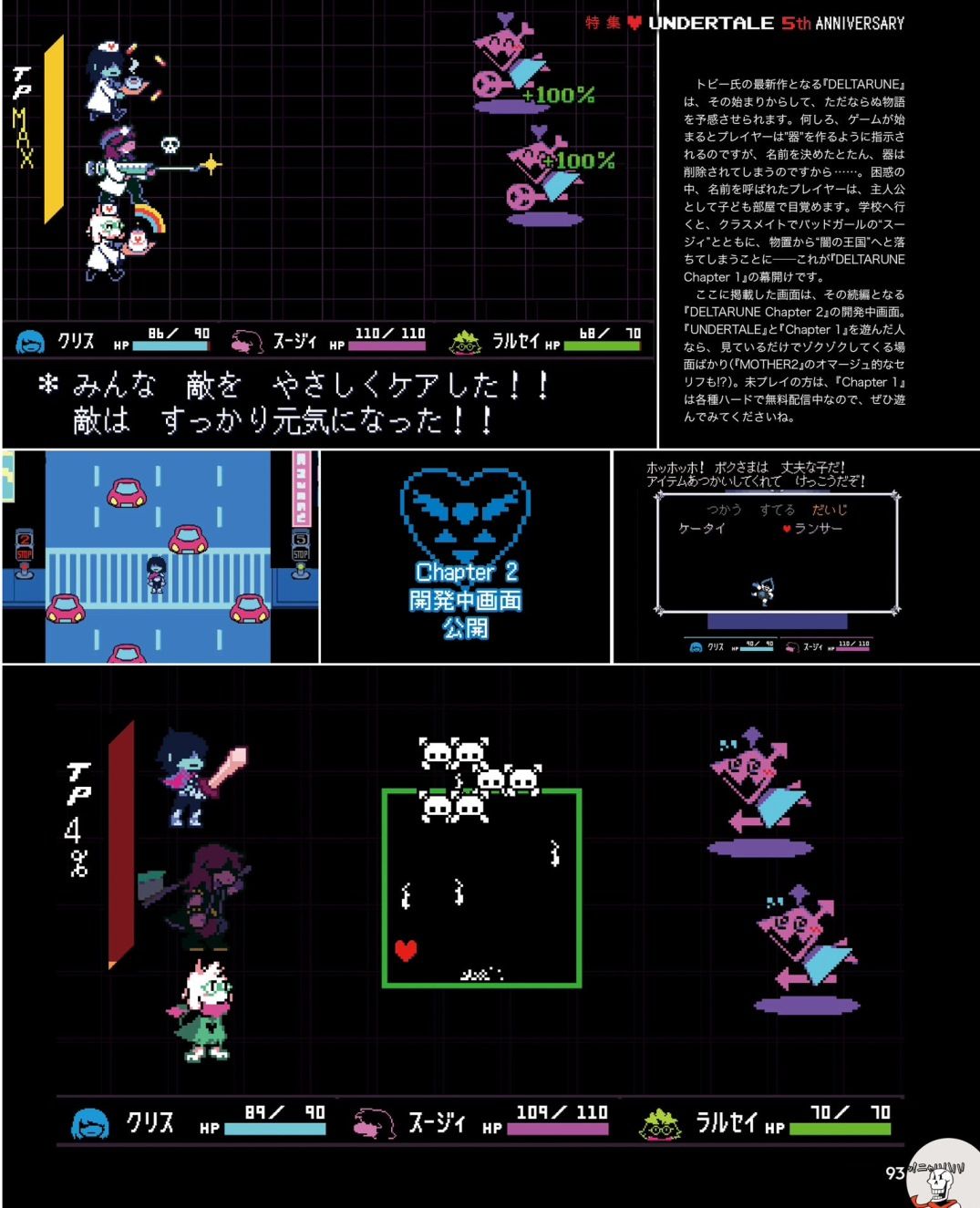 According to the rest of the translation, Fox said he doesn’t know “how many more years” it will take for Deltarune to be ready. Interestingly, he said Famitsu magazine will feature Deltarune “on its cover” so fans know when development is finished. However, that’s not quite confirmed since Fox  hasn’t actually asked the magazine yet.

It seems the rest of Deltarune has awhile to go, but hard work is being put into it. The screenshots don’t reveal a lot it seems, although it does show new pink enemies. It also appears Lancer will be returning. Although it’s disappointing that Deltarune is still a ways off, it’s good to know that the next part of the adventure is coming. Undertale was a unique experience, and somehow Deltarune Chapter 1 was able to emulate it. Like its predecessor, Deltarune Chapter 1 is packed with heart, humor, and a little horror. Even if the game is years away, the wait will be worth it if it delivers another unforgettable RPG adventure.