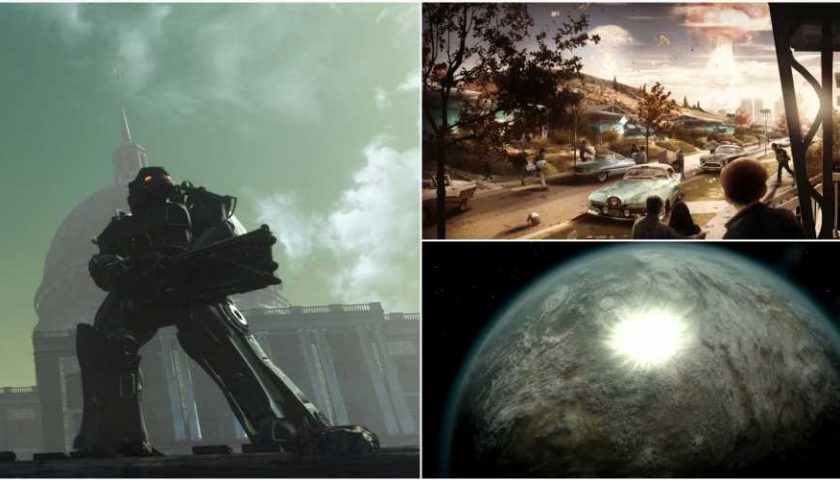 If ever there was a series that showcased perfectly why nuclear weapons are an extremely bad idea it would be the Fallout franchise. It’s a great representation of how royally wrecked humanity and the planet would be if the bombs ever fell. Though there are some creative liberties taken with the effects of radiation, the general message is the same, it’s a miserable time for all involved.

The majority of the games are set in the US and whilst previous DLC’s have touched on what has happened to other countries, outside of America there’s not really a lot of information getting out from other places on the planet. But there are telltale hints here and there if you know where to look. For those interested in hearing what's going with everyone else after the Nukes started dropping, here’s what happened to the rest of the world. 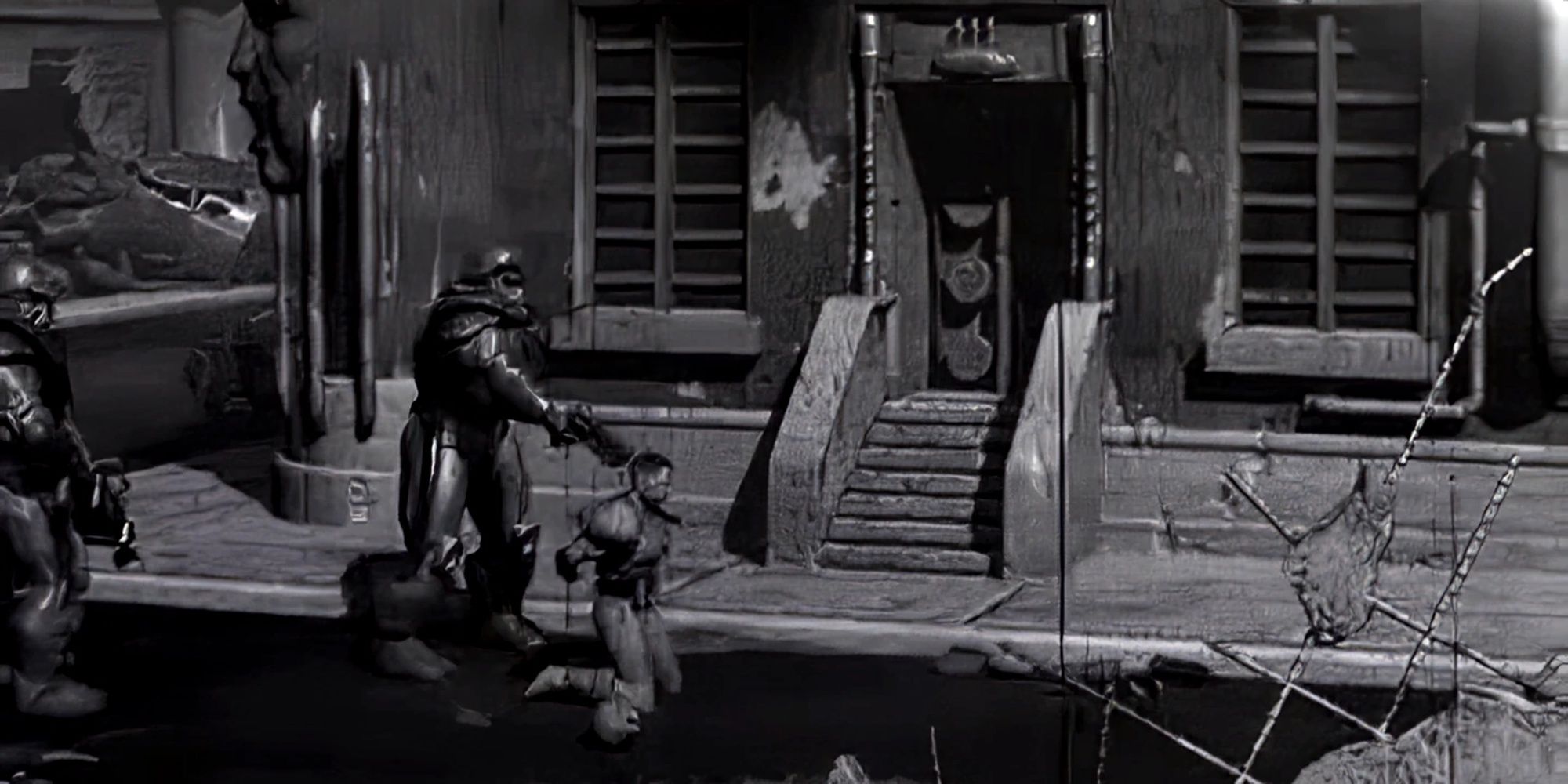 Before diving deep into the misery of post-apocalyptica, the world was already in the middle of a massive conflict known as the Resource Wars. This bloody period in Earth's history involved constant wars between every single country in the 21st century over any and all resources, mostly Petroleum and Uranium. It was also during this dark time that the planet was blighted by a new plague which put further pressure on an already stretched-to-breaking point planet.

It was marked by several incredibly violent conflicts that culminated in the annexation of Canada by the US and the invasion of Anchorage in Alaska by China. Things were even worse in Europe as numerous countries in that area fought amongst themselves and the Middle East for control of what was left, the ensuing violence and tension reaching a boiling point as alliances broke down, squabbles became more intense and the Great War got ever closer. 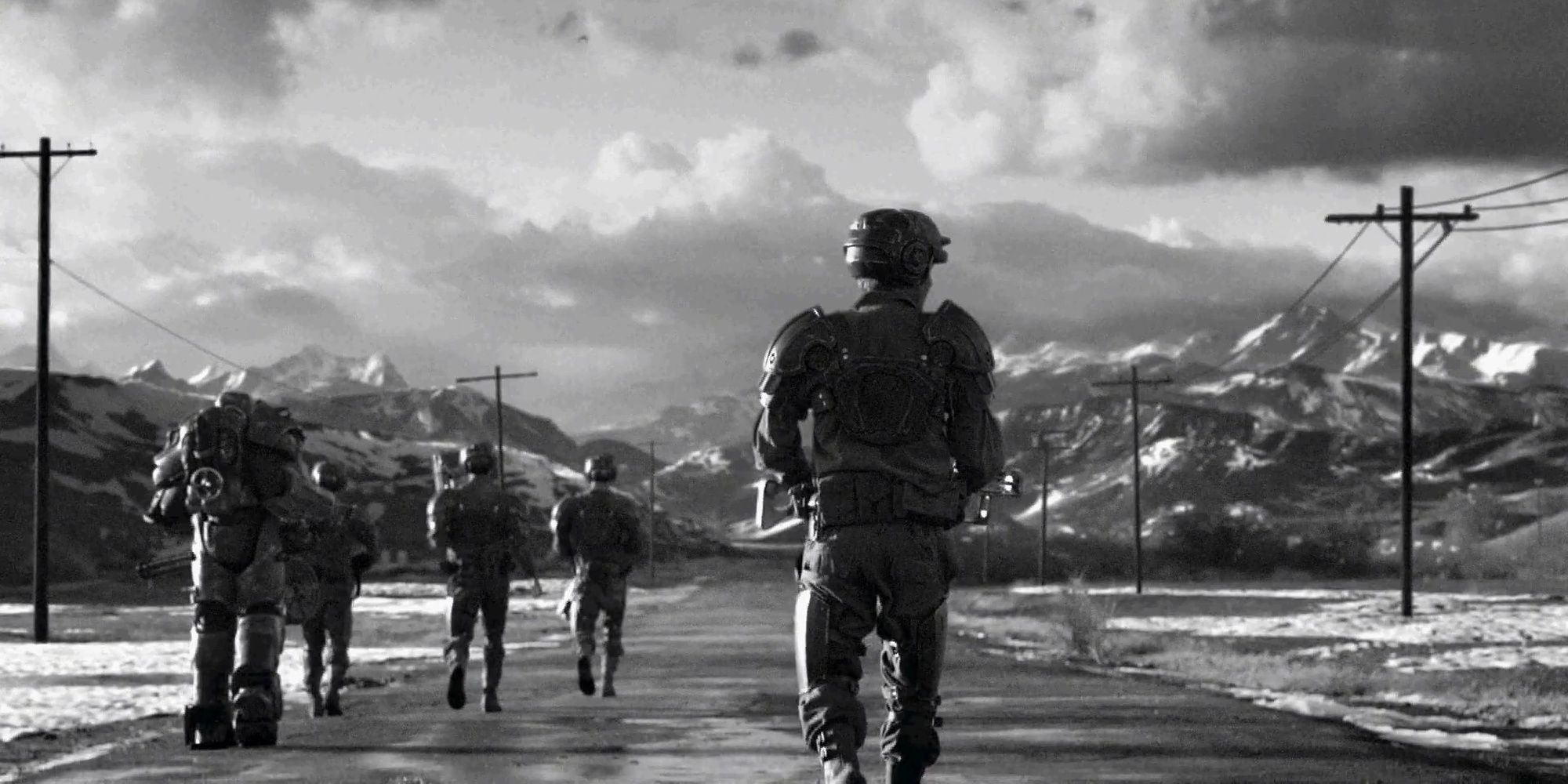 The violent and bloody conflict known as the Sino-American War would rage for a decade before the bombs would fall, with large tracks of land in Northern America and Eastern China turned into artillery blasted hellscapes. The US in general also didn’t fare too well as Chinese spies sent in before the War had managed to gain a lot of state secrets as well as sabotage key instillations.

This was seen in the Niagra Sabotage, when spies from the People’s Republic of China attempted to perform sabotaging missions along the Eastern Seaboard of the United States. Though they were eventually caught, the damage was done. Eventually, the war effort would collapse due to lack of resources and fighting in urban centers in home cities on both sides with the US scraping out a small victory. A retaliatory invasion of Chinese soil occurred and eventually, nuclear armaments were brought to the table. 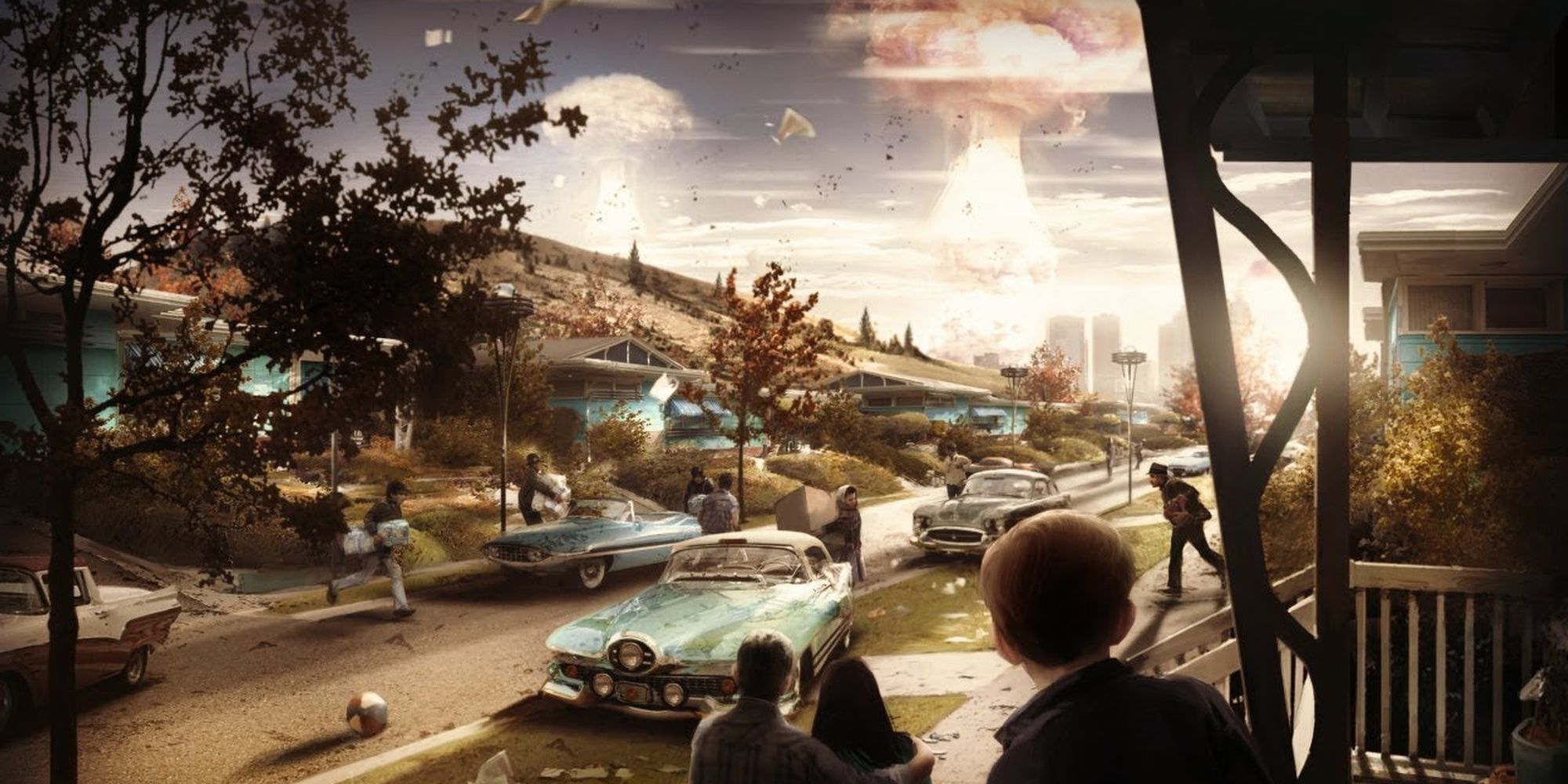 The Great War is one that touched the entire planet and it was sparked, like most conflicts, over the rising demand for resources. As Petroleum supplies ran out, the United States turned to fusion research, creating (albeit extremely slowly) a replacement fuel source.

China, desperately needing resources and with little to no access to fusion tech, began pushing towards their neighbors across the sea in Alaska with small skirmishes and invasions breaking out in towns throughout the region. The US repelled them but not without heavy casualties and a high economic cost as they invaded the Chinese mainland in retaliation. A large number of troops that landed during this assault would eventually get taken down quickly in the battles that followed.

Shortly after, manpower and resources on both sides were pushed to breaking point with riots over energy and food supplies breaking out throughout the world's major cities. Anarchy ensued as all chains of command seemed to break down, and eventually the air raid sirens let out their long screeching wails. Nobody knows who fired first and not many would listen to these warnings, but those that did and hid within the Vault Tech Shelters would survive the nuclear inferno that followed. 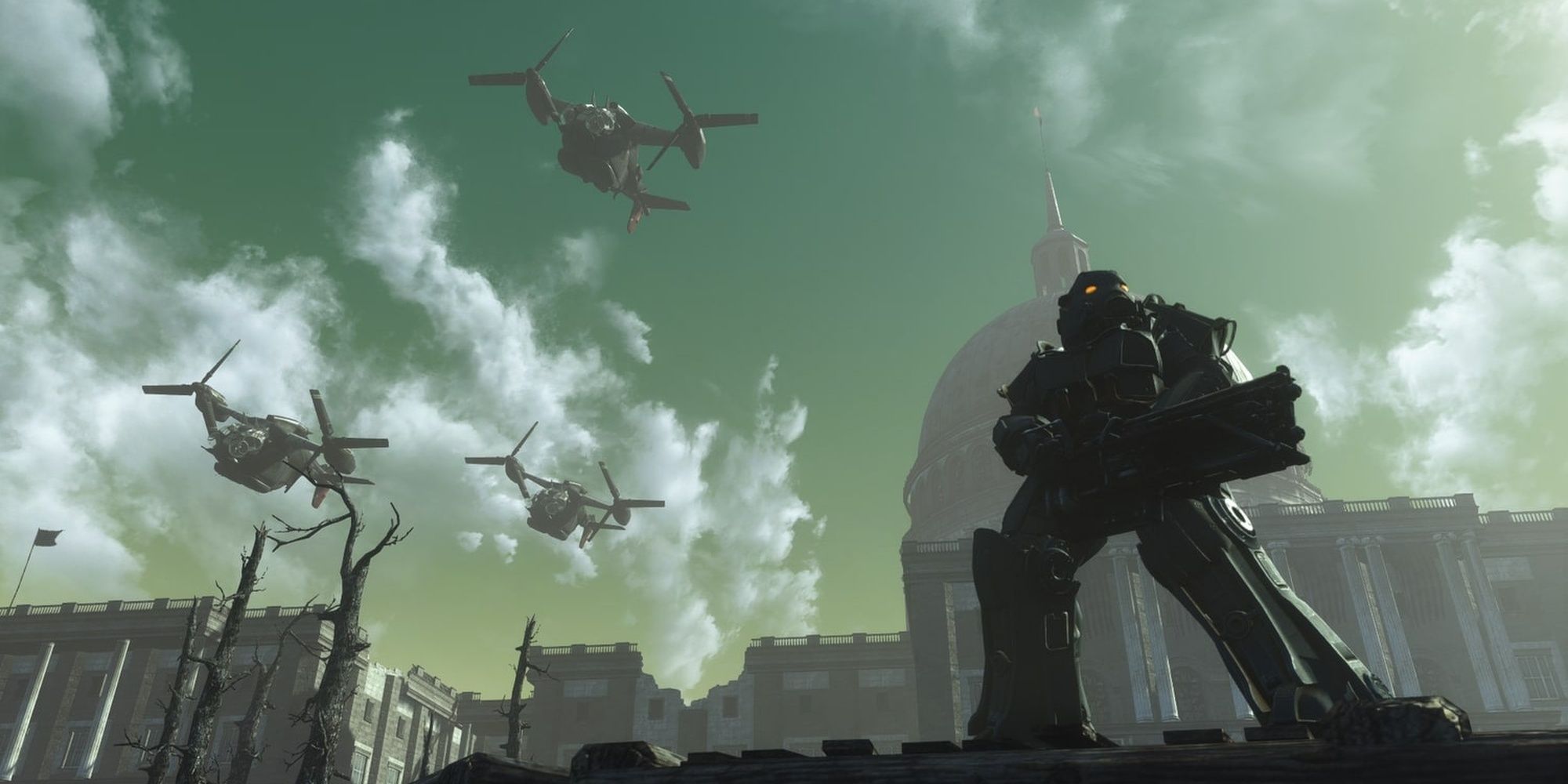 Starting off with the country everyone's familiar with in the Fallout universe, the US took a lot of the brunt of the nuclear bombs with vast swathes of land rendered completely inhospitable due to radiation. As time went on, horrible and deadly mutants capable of tearing the toughest armor apart like it was tissue paper began to appear making any journey outside incredibly dangerous.

With most communication cut-off, individual states fell under the control of whatever the strongest group was. In the case of Washington, it was the Brotherhood of Steel and The Enclave, in Boston there was numerous local factions battling a Synth epidemic because of the Institute, Las Vegas, and the entire Mojave region had every town fighting for themselves against the mafia, NCR, and aggressive Roman cosplayers.

Other areas like Virginia and beyond were plagued by Super Mutants, mutated monsters, and the mysterious Scorched Infection. Even leaving Boston to head to the far shores of Maryland in Point Lookout shows that the effects of the bomb were far-reaching. It’s a hard time for anyone struggling to survive in the US and those that weren’t already in shelters when the bomb fell are left either deeply traumatized or worse, mutated into mindless feral ghouls. 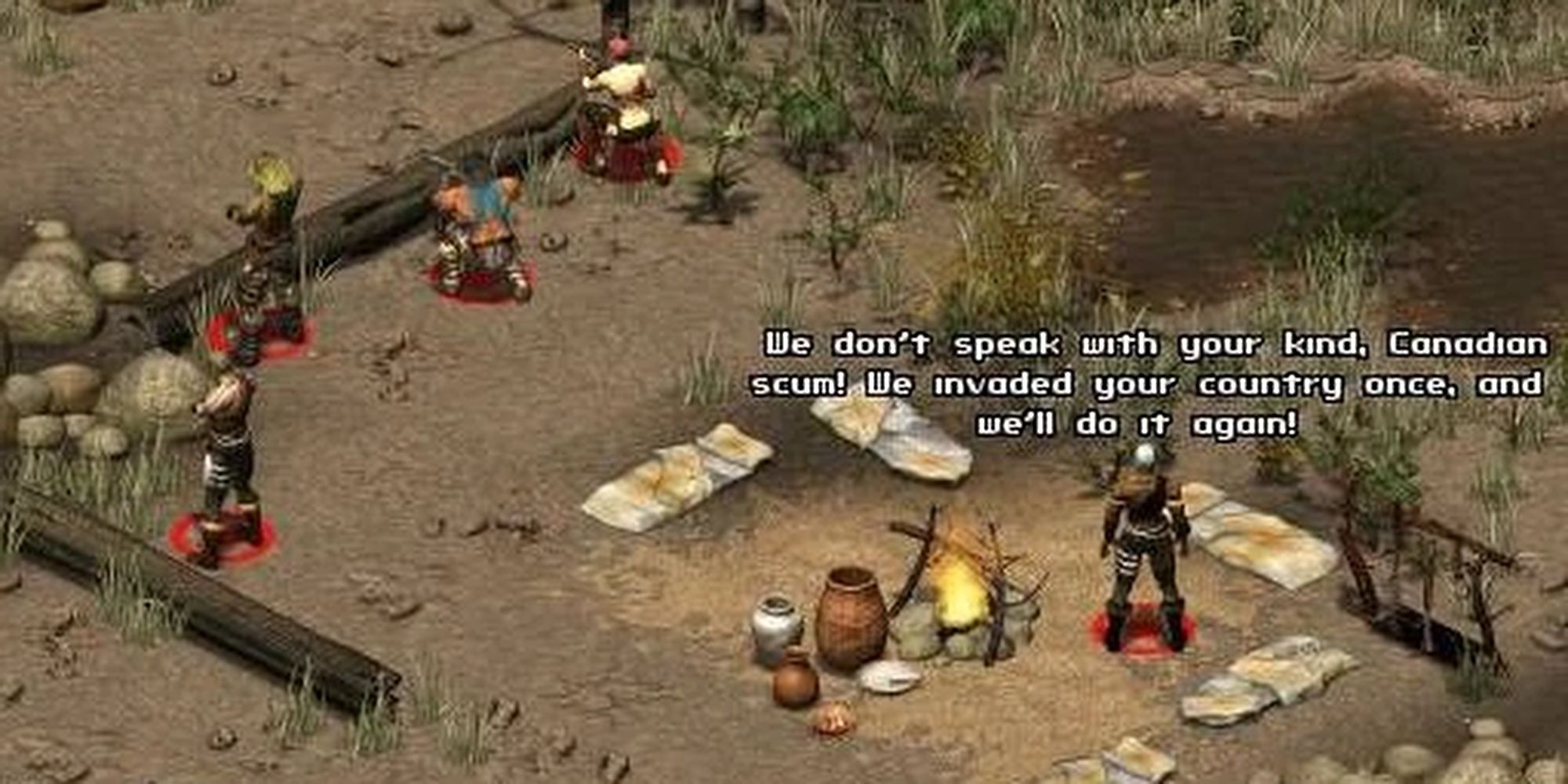 Though little is known of what happened to Canada after the war, the fighting in the Great White North before then arguably did more damage than the Nuclear Bombs ever could. During the resource wars, large swathes of land in Canada were bombed as the conflict between the US and China raged on.

Though attempts were made to avoid a firefight on Canadian soil by banning US and Chinese forces from entering the country, nobody listened to them – they were eventually annexed by the US. They would later be referred to as “little America” with their resources being taken by force for the war effort. Acres of forest were cut down, mountains were stripped to their core for precious metals for power armor, oil fields were swallowed, and any towns caught in the middle of the US and China conflict were reduced to ruin. Whatever was left after the war was wrecked further with the bombs, although rumors do persist of supposed safe-havens that lie untouched within the vast wilderness, and the original Fallout games even had "Canadian Invasion" events. Perhaps future Fallout games will foray further north at some point.

The People's Republic Of China 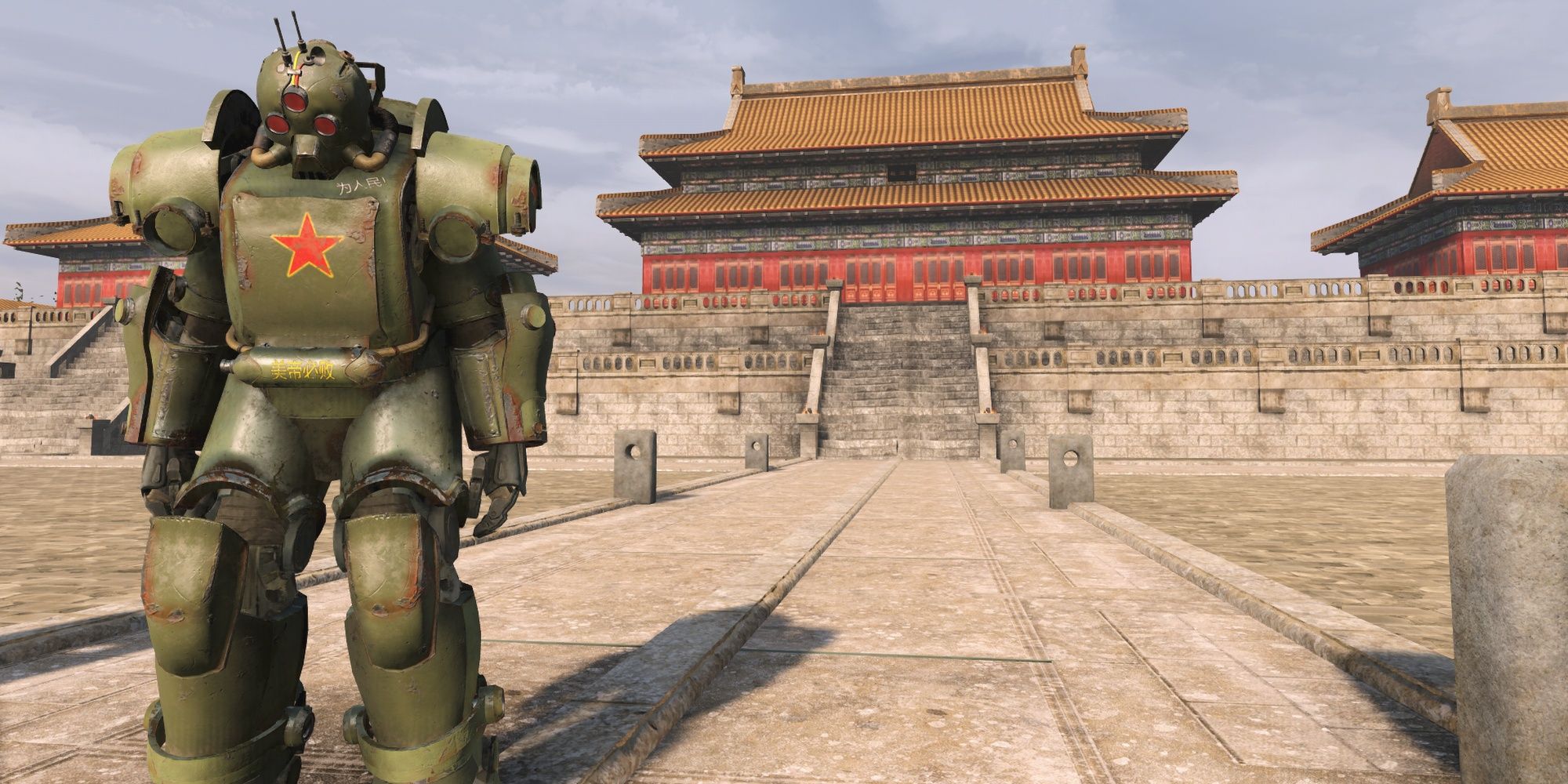 The People's Republic of China and the United States had a big part to play in the rising tensions that eventually led to Armageddon. During the Resource War, a desperate China began annexing off nearby countries from its oil reserves, but despite their best efforts to combat growing unrest and looming economic collapse at home, they began pressuring Canada and the US for their oil and uranium.

But sadly they were refused, and the Chinese Government found itself pushed up against a wall, and so they launched an ambitious plan: the invasion of Alaska and the formation of the Anchorage Front Line. 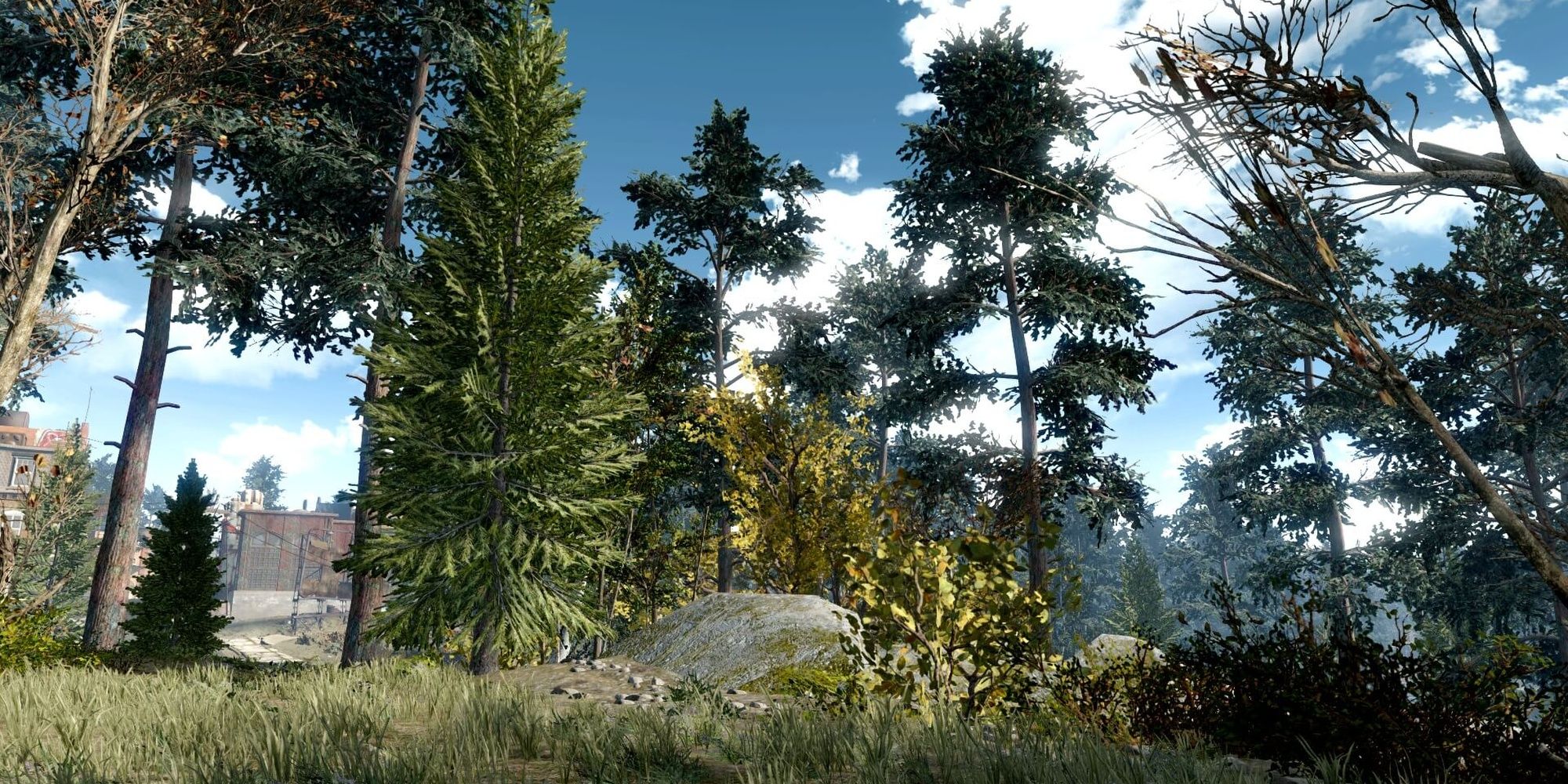 Whilst relations between the US and China were worsened before the war, things in Europe weren't going any better. Before the war, Europe was a melting pot of uneasy alliances and desperation for resources, relationships broke down and after a string of heated debates, the UN would eventually disband.

Taking a leaf out of the US after they invaded Mexico to take their oil reserves, what remained of the European Commonwealth was plunged into a bloody conflict with the Middle East for their untapped oil. Minor nuclear conflicts would follow, a small sign of the wider devastation yet to occur and setting off a panic throughout the world of a possible armageddon.

Eventually, the oil reserves ran dry and both sides ceased fire as there was no point in fighting anymore as both Europe and the Middle East had been reduced to ruin. Not a lot is known about what is left of the region after the bombs fell, though according to Fallout 3 Lead Designer Emil Pagliarulo, Tenpenny in Fallout 3 came from the UK by crossing the Atlantic at a young age, a feat supposedly thought to be impossible. Though Europe and the wider world in general, might not have to contend with the monstrosities mutated out of the FEV virus as the US does, the smaller landmasses had less space to hide from the bombs and fewer resources for those that remained afterward.

The Rest Of The Planet 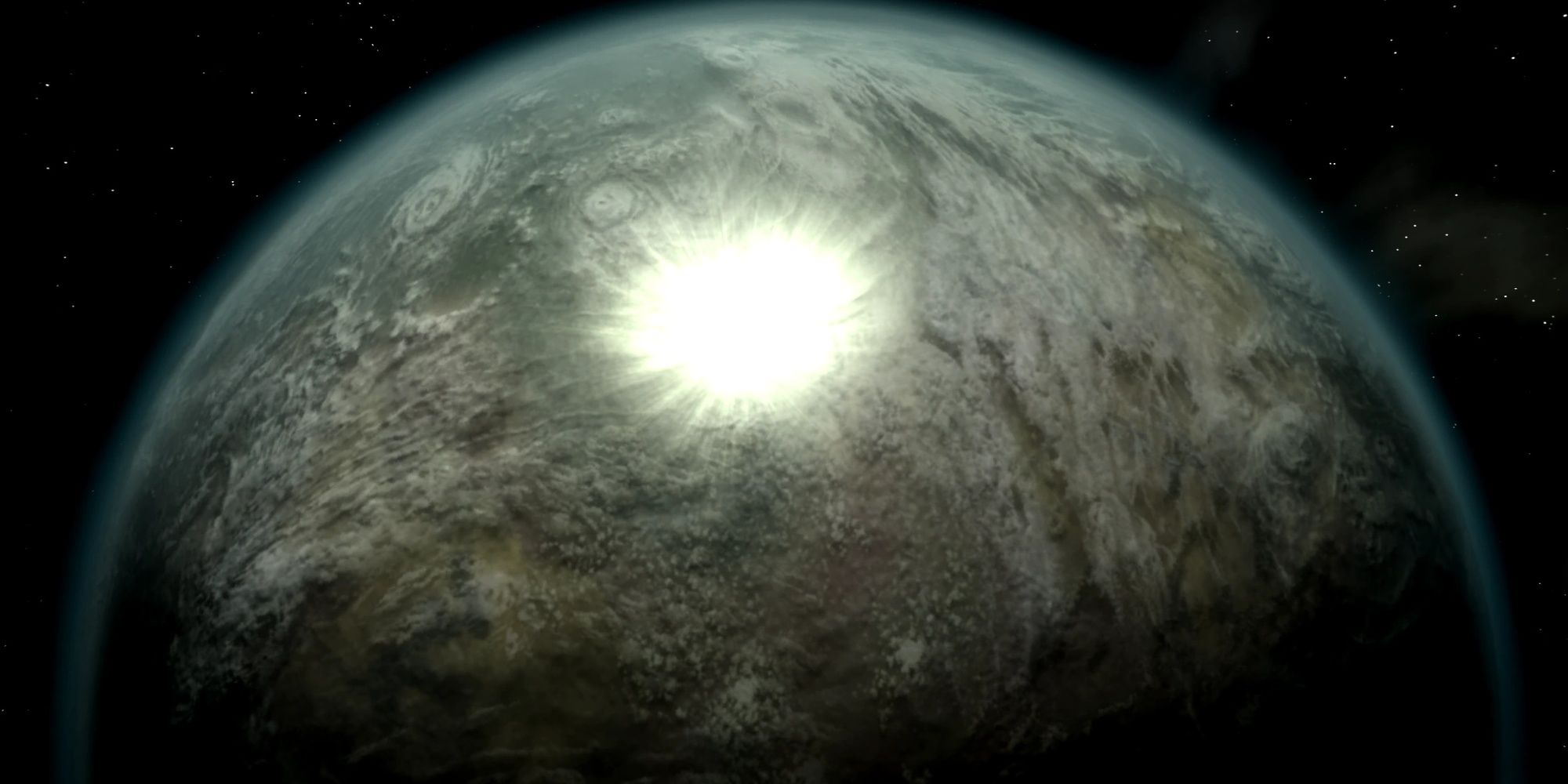 In general, the rest of the world didn’t fare too well after the Great War. Most of the planet is uninhabitable and the parts that are left are full of mutated monsters, bandits, and people struggling to survive in one shape or another.

Perhaps the most damning look at how wrecked the planet has become comes from a moment in the Fallout 3 DLC Mothership Zeta, whereby the Lone Wanderer can clearly see the Earth from space. Instead of the bright blue ball we’re all familiar with, what’s floating beyond the view screen is a green, smog-filled, irradiated mess that seems completely inhospitable. The Great War was a catastrophe the Earth will probably never recover from, but it’s always interesting to see new takes on the different parts of the globe and how they survived the nuclear apocalypse.