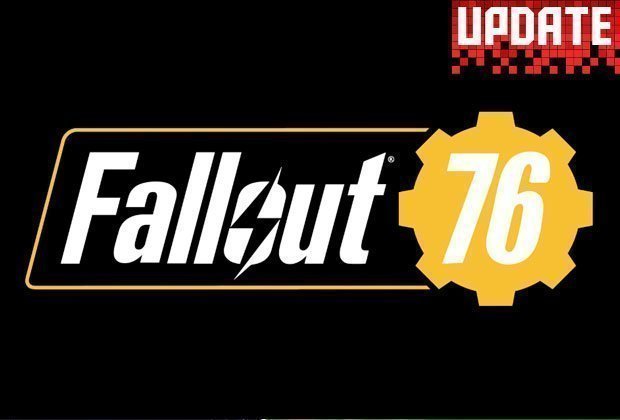 Fallout 76 is down this afternoon whilst Bethesda gets to work releasing the games latest update for April 9th.

“#Fallout76 will be offline for maintenance tomorrow, April 9th at 10am EDT. More information and updates will be provided in the following forum thread”

Bethesda notes that during this time, you will be unable to log into or play Fallout 76. It’s worth noting that these periods of downtime typically extend into the afternoon – we’re expecting the game to go back online at roughly 5pm this afternoon… if previous instances of the game’s downtime are to be believed, anyway.

Bethesda will update us when the game is available to play again – so stay tuned and we’ll make sure to push you an update as soon as we hear anything else about the game’s downtime.

In the meantime, you can take a look at the patch notes below to see what’ll be different when the RPG eventually gets back online.

Repair Kits are new utility items that will help you spend more time looting and shooting, and less time toiling away at a workbench fixing your gear. We’ve received lots of requests for Repair Kits, and we’re excited to add them in the weeks following Patch 8.

These will come in two forms: Basic Repair Kits and Improved Repair Kits. Repair Kits cannot be dropped, sold to vendors, or traded with other players.

Here’s a rundown of how they work, and how you can get a few of your own.

Basic Repair Kits are single-use consumables that immediately restore one of the items in your inventory to 100% condition. So long as you have a Repair Kit in your inventory, you can use it to fix up a piece of gear anytime, anywhere, and without spending any of your own crafting materials. Once you’ve got a Repair Kit, open your Pip-boy to find an item you want to repair, hit “Inspect”, select the new “Repair Kit” option, and then leap right back into the action. You can also use Repair Kits at any workbench in your C.A.M.P., at Workshops, or those you find in the world.

Basic Repair Kits will be unlockable in the Atomic Shop using Atoms you’ve purchased or those you’ve earned for free by completing in-game challenges.

You can use Improved Repair Kits in all the same ways as Basic Repair Kits and they are also single-use consumables. However, Improved Kits buff the selected item’s condition up to 150%, giving it an even longer lifespan against the trials of Wasteland combat.

Improved Repair Kits are rare items that we plan to award to you for free as you take on various types of in-game content. As an example, you will receive them as loot when you take down the Scorchbeast Queen.

We read tons of feedback and suggestions from the Fallout 76 community, and Repair Kits were a popular request that we wanted to get into players’ hands. We also felt we could try out something new with these, both in-game and in the Atomic Shop. As we look to the future, we’re exploring ways we can bring other community-driven ideas to the game as well, such as refrigerators for C.A.M.P.s, ammo and food converters, and even the ability to send scrap to your stash without having to head home. Repair Kits are our first attempt at a utility item like this, and we plan to make adjustments based on your feedback, so we hope you’ll share your thoughts with us when they go live later this month.

A new Wild Appalachia dungeon experience, The Burrows, will become available for the heartiest of explorers starting April 16. Muster your squad and follow in the footsteps of the Brotherhood of Steel who sent their own forces into the darkness and muck below Harper’s Ferry for mysterious reasons. We’ll share more details about The Burrows in next week’s Inside the Vault, but we thought you might like this heads-up so you can get your characters prepped for this daunting new subterranean battleground.

Put on your brightest smile because functional cameras are coming to Fallout 76 on April 16. The camera is a new item that you can equip like a weapon, but instead of firing bullets you’ll be shooting the Appalachian scenery and filling your photo gallery faster than ever before. This functional camera comes with a new quest, new challenges, and can be modded to add lenses. Of course, you’ll need to find one of your own before you can begin snapping away. Stay tune for next week’s Inside the Vault to catch many more details.

When the various vendor bots around Appalachia found out we wanted to implement player vending, they weren’t too thrilled with the idea of new competitors encroaching on their turf. We had intended to bring this feature online with Patch 8, but we will need a little more time to do some. . . convincing. As a result, we’re moving player vending to Patch 9, which is currently slated for release in May. We’ll keep you updated and share more details about player vending as we get closer to Patch 9.

Don’t forget! Our first double XP weekend kicks off today for the Survival Mode Beta. Head into Survival now to get twice as much XP as you normally would through 6:00 a.m. EDT on April 7. We also have a second double XP weekend coming later this month for both Survival and Adventure modes, and you can click here to catch the details.