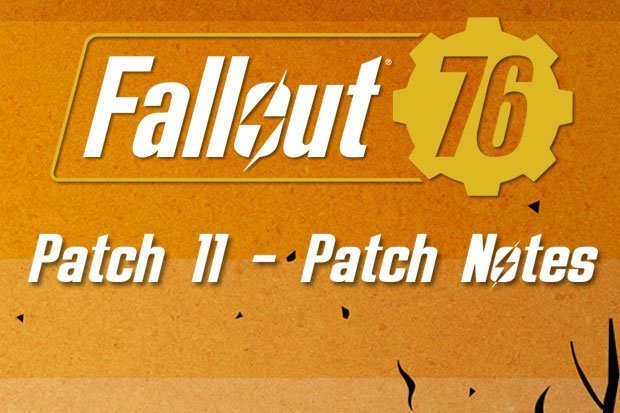 Grab your bottlecaps, finish off that Nuka Cola and strap on your Power Armor, Wastelanders – Fallout 76 has got a massive new update.

Today’s July 16 patch is bringing in a whole assortment of new content to the game – and as you can likely see by the size of this page, this is a big ol’ update.

The game has been offline for an extended period of time as the massive new patch has been applied to the game, and now Bethesda has announced the patch notes for the newest patch.

Bethesda, as ever, has been pretty busy squashing myriad bugs that have plagued the game since launch. Some of these fixes include behind-the-scenes improvements to the Power Armor system, certain perks being altered, and some items getting new descriptions or explanations.

You can see the full explanation of all the changes below, as well as a handy overview if you just want to see what the biggest, headline fixes are.

Download sizes for this update will be approximately 5.5 GB for consoles and 2.5 GB for PC.

We’ve reworked the underlying systems behind Power Armor to address a ton of Power Armor related bugs, improve performance, and help the entire system function more smoothly overall. While most of these are “under the hood” improvements, we believe these changes will help you have better experiences, and encounter fewer issues, while wearing your favorite set of Power Armor.

As this brings a significant update to our Power Armor systems, some players may notice the following one-time side effects upon logging in after downloading today’s patch:

If you had one or more Power Armor Chassis in your Stash before installing Patch 11, your character may have been moved to a Train Station in the world. This was done to help players who became overencumbered due to Power Armor pieces and chassis moving into their inventory transfer those items back into their Stash without needing to walk home from their current location in the world.

We’ve made a number of changes to the early-game to help Dwellers who are just stepping out of Vault 76 better adapt to life in the Wasteland.