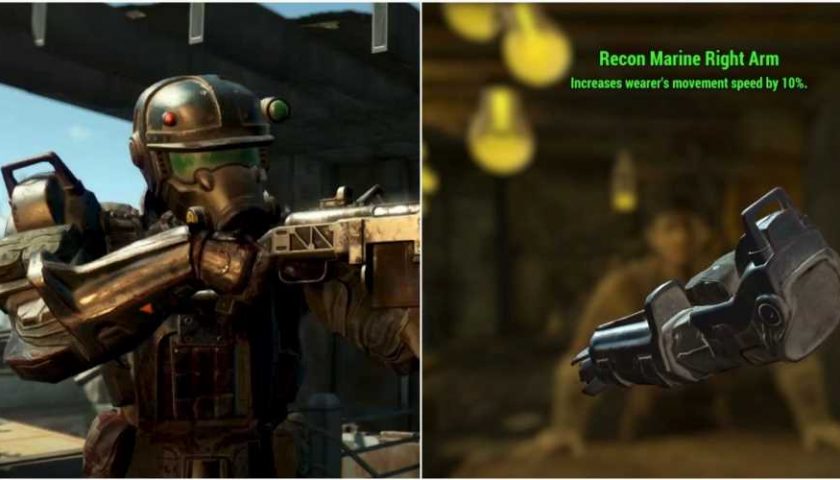 There are lots of outfits and armor types to pick from in Fallout 4, from dresses to armor fit for a gunfight. Fallout 4's expansion packs added even more armor to acquire, which offers extra customization that wouldn't otherwise be available.

Marine Armor came into existence with the Far Harbor DLC, and it quickly became one of the most beloved armor sets in the game due to its unique appearance and impressive stats. There are many ways to get Marine Armor and even a few unique variants of it, so here's everything you should know before you go searching for this equipment set.

How To Get Marine Armor 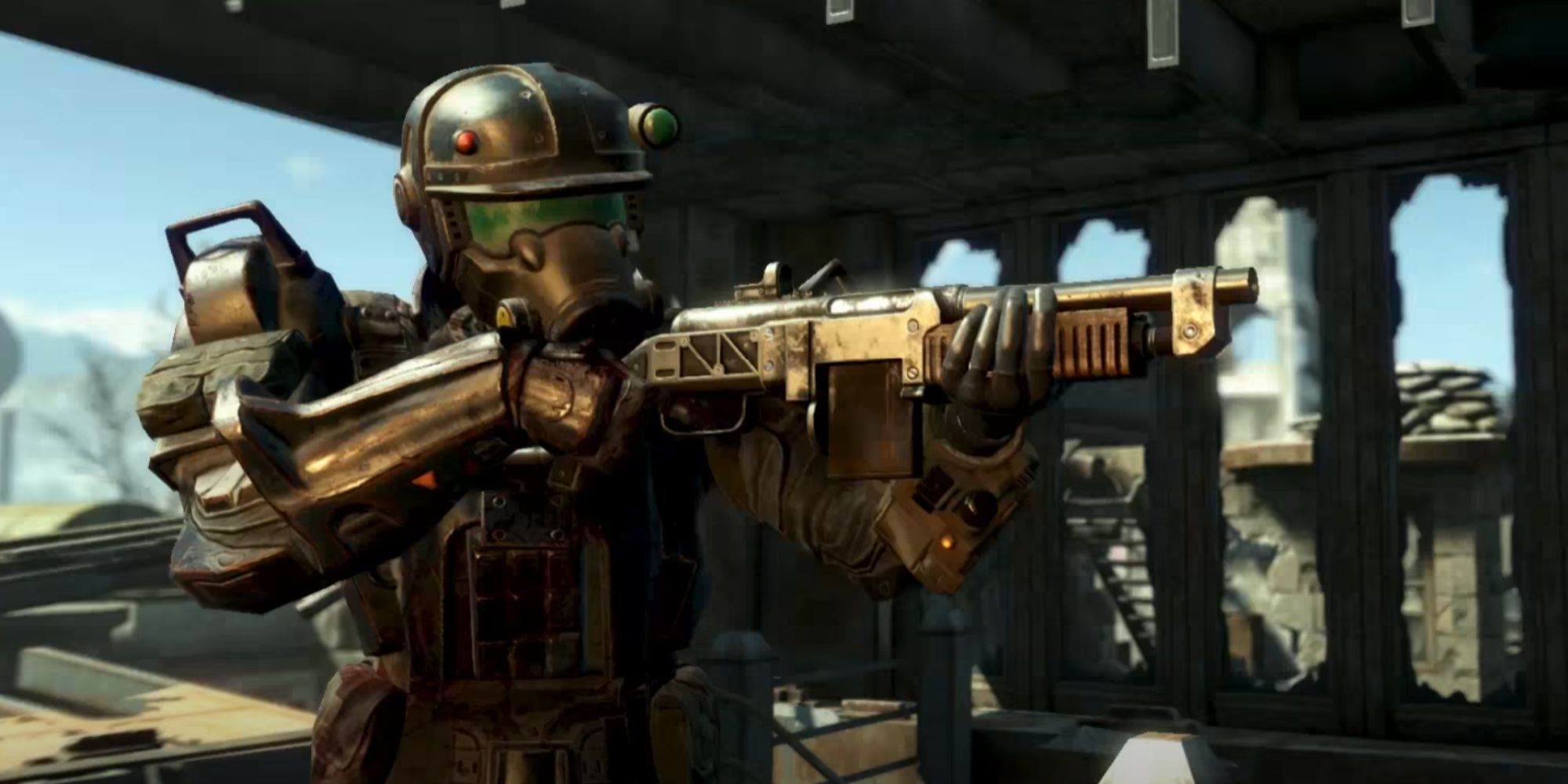 Although there are a few pieces of unique Marine Armor that you can read about below, you may not want to go through the extra trouble of acquiring them simply for their special effects. Instead, you can obtain the following suits of standard Marine Armor easily by using one of these methods.

Purchase A Full Suit From Kane 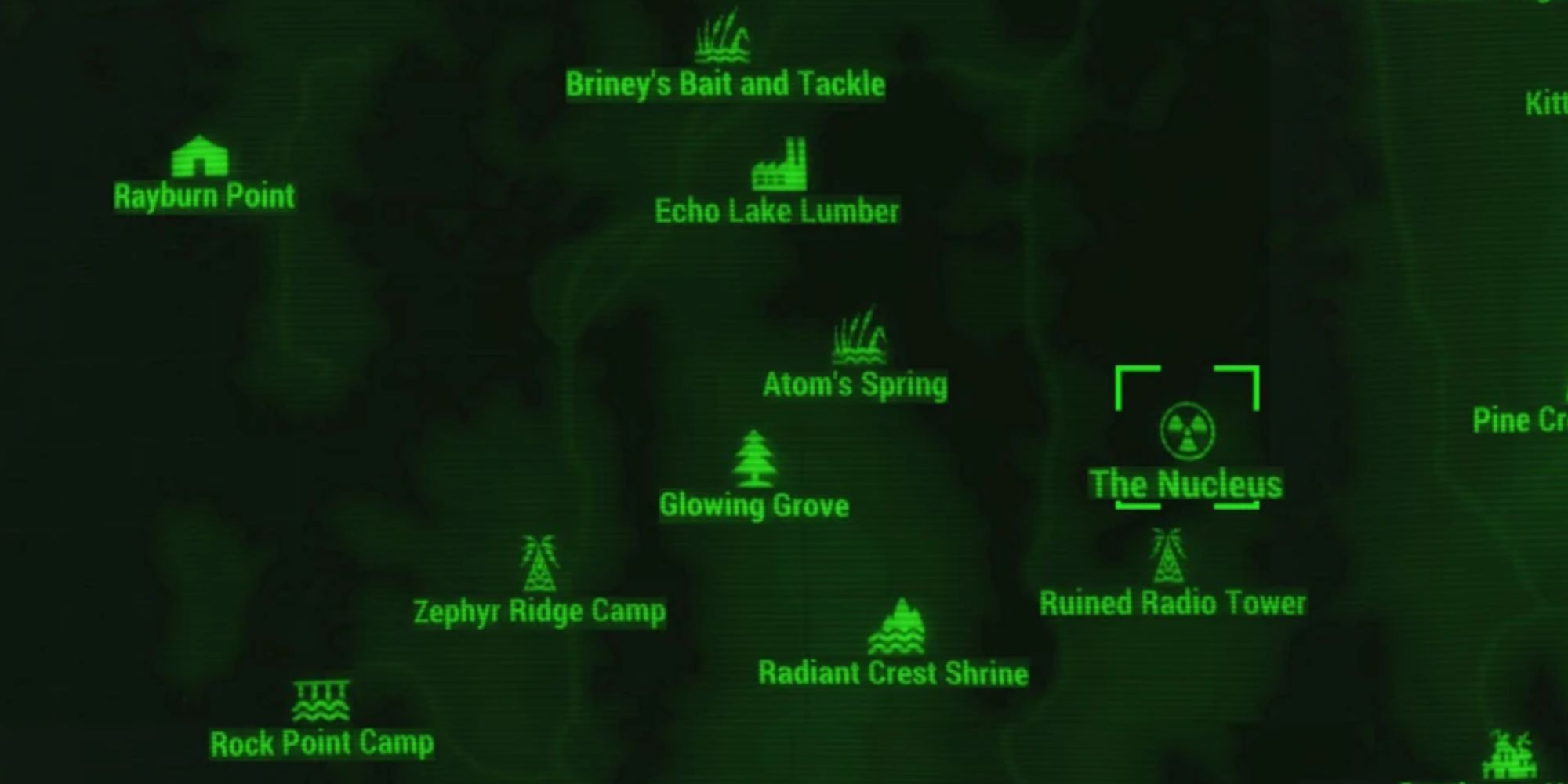 Kane is a Children Of Atom merchant who resides in the Nucleus on the Island (location on the map above). You'll need to be in friendly standing with the Children Of Atom to speak to him, but as long as you meet that requirement, he'll sell you a nearly full suit of Zealot Marine Armor for a varying price, which depends on your Charisma stat and perks.

The only piece you can't buy from Kane is the helmet.

If you're low on Caps and time, then you may want to get your hands on a set of Marine Armor as quickly as possible without having to pay. Luckily, there's an easy solution for this situation, but it involves committing evil acts.

You can travel to the Nucleus at the location above, where you'll find many Children Of Atom Zealots. Each of the Zealots is wearing Zealot Marine Armor, which means you can loot it off their bodies upon killing them.

The Children Of Atom are an important faction in Far Harbor's main story, so you'll be locked out of many potential quests and decisions by killing their people and making yourself an enemy of their order.

There are five memories in total for you to complete via a short mini-game during the "Best Left Forgotten" mission. The fifth memory isn't a requirement to finish Far Harbor's story, but it will unlock the ability to find a full set of Marine Armor for free. This is the only guaranteed option you have if you want to get a full suit of Marine Armor without killing anybody or buying it.

Upon completing DiMA's memory, you'll gain miscellaneous quests that contain quest markers pointing towards each of the steamer trunks containing a piece of Marine Armor. You can't get the armor until you complete the memory, and you can only solve the fifth memory after you start the "Best Left Forgotten" quest.

How To Get Atom's Bulwark 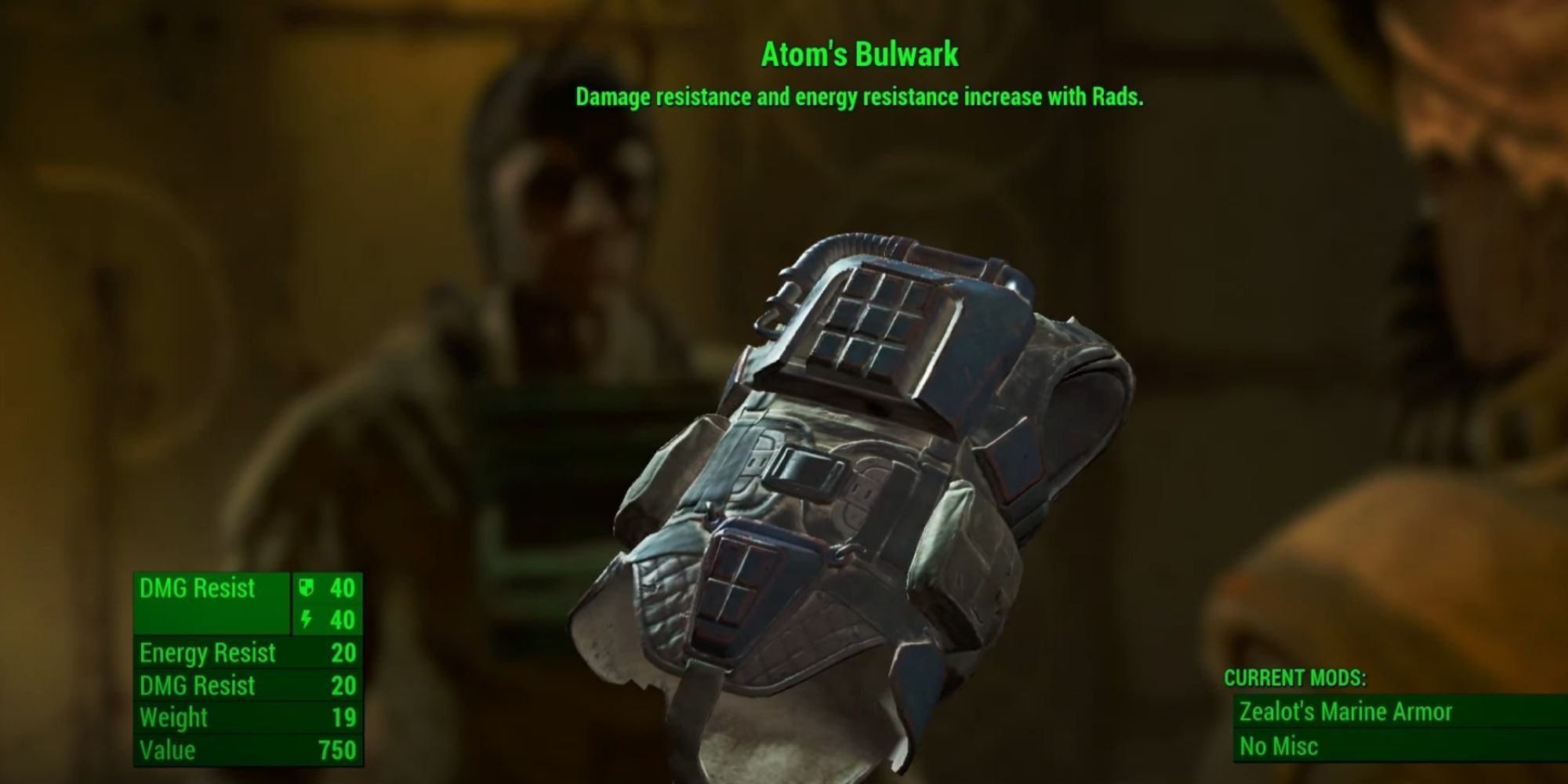 Atom's Bulwark is a unique piece of Marine Armor that can take the form of a chest piece or arm piece. Regardless of which piece you get, it increases your Damage Resistance and Energy Resistance when you're irradiated. The level of extra resistance you gain depends on how irradiated your character is at the time.

There are two possible quests to complete to acquire Atom's Bulwark, which gives you multiple options for separate factions. You can find a walkthrough of each quest below.

Upon completion of "The Way Life Should Be," you'll have the option to start "Reformation" and take place in DiMA's plan to replace Tektus, the leader of the Children Of Atom, with a synth. You'll need to retrieve the holotapes of High Confessor Martin from the Pump Control Station before progressing any further, which you can find through a quest marker on your map.

Bring the holotapes to DiMA, and he'll create fake versions for you to show Tektus. Travel to the Nucleus and show High Confessor Tektus the holotapes, which will trick him into inviting you into the command center of the base. Upon entering the command center, you can either kill Tektus or convince him to leave by persuading him, which requires the Charisma stat to pull off. Both of these options grant the same results.

Return to DiMA after you've taken care of Tektus, and he'll send the synth version of him to lead the Children Of Atom. You can travel back to the Nucleus and listen to Tektus' speech, and he'll then gift you Atom's Bulwark as a reward.

Complete The "Cleansing The Land" Quest

After you earn the codes during the "Best Left Forgotten" quest, you can move onto "Cleansing The Land" and prepare to destroy Far Harbor. You'll gain a quest marker that'll take you to the Wind Farms Maintenance, so follow it and enter the location.

Enter the code in Turbine 003, which will destroy the town of Far Harbor.

This will make you an enemy of the town, so choose wisely before you commit to the act.

Return to the Nucleus and talk to Tektus' once more, and he'll grant you Atom's Bulwark as a reward for your commitment to the Children Of Atom.

You can also visit Far Harbor one last time, which will be in a state of ruin following you deactivating the turbine, so it's a great place to loot.

How To Get The Recon Marine Armor 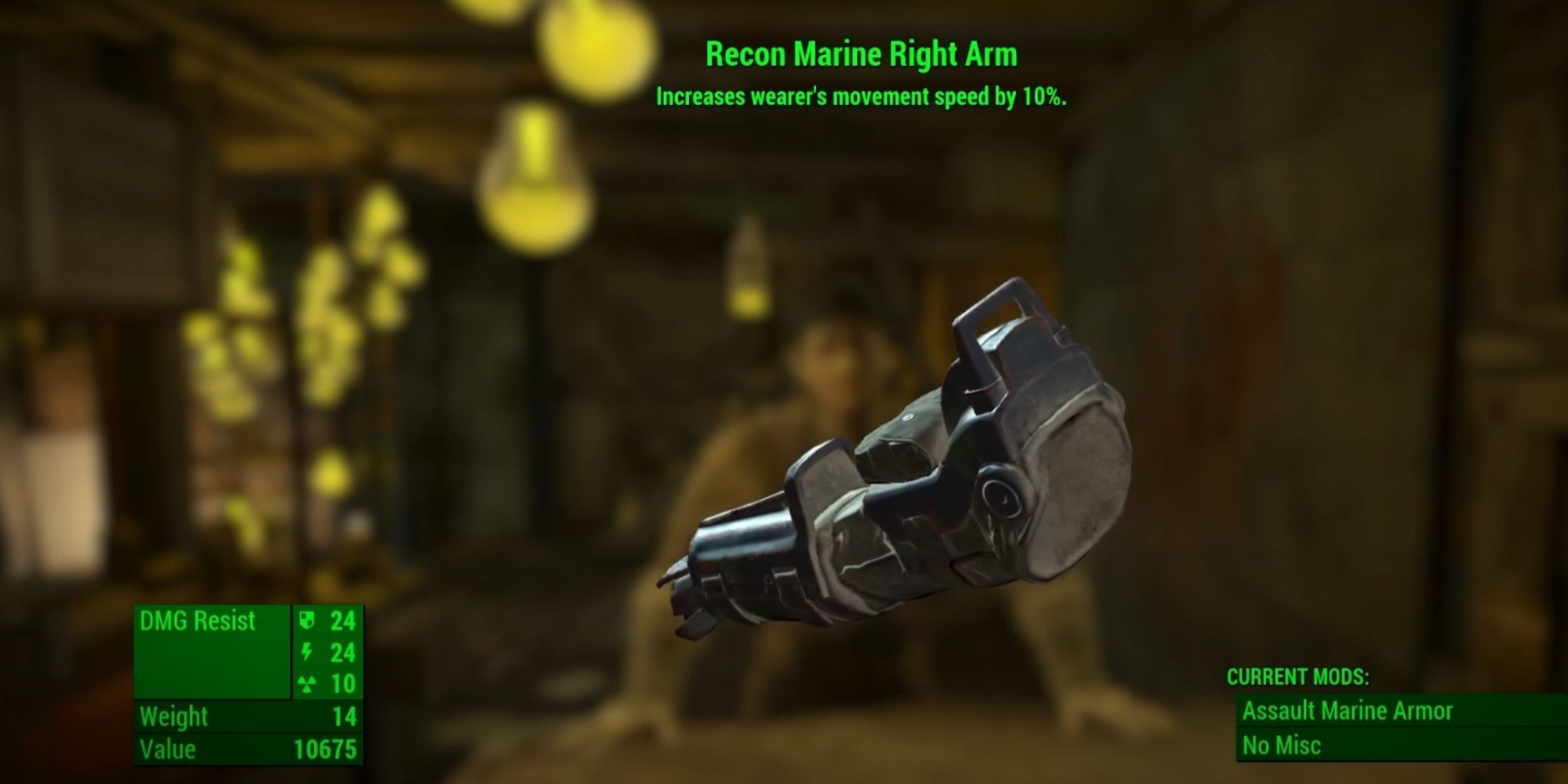 The Recon Marine Armor is a unique set of Marine Armor you can purchase from various vendors throughout the Island. Each piece is sold by a different merchant, and their costs vary depending on your perks and Charisma stat.

The following merchants may die depending on your decisions during the Far Harbors DLC's main story, and if they do, you can't buy the Recon Marine Armor. 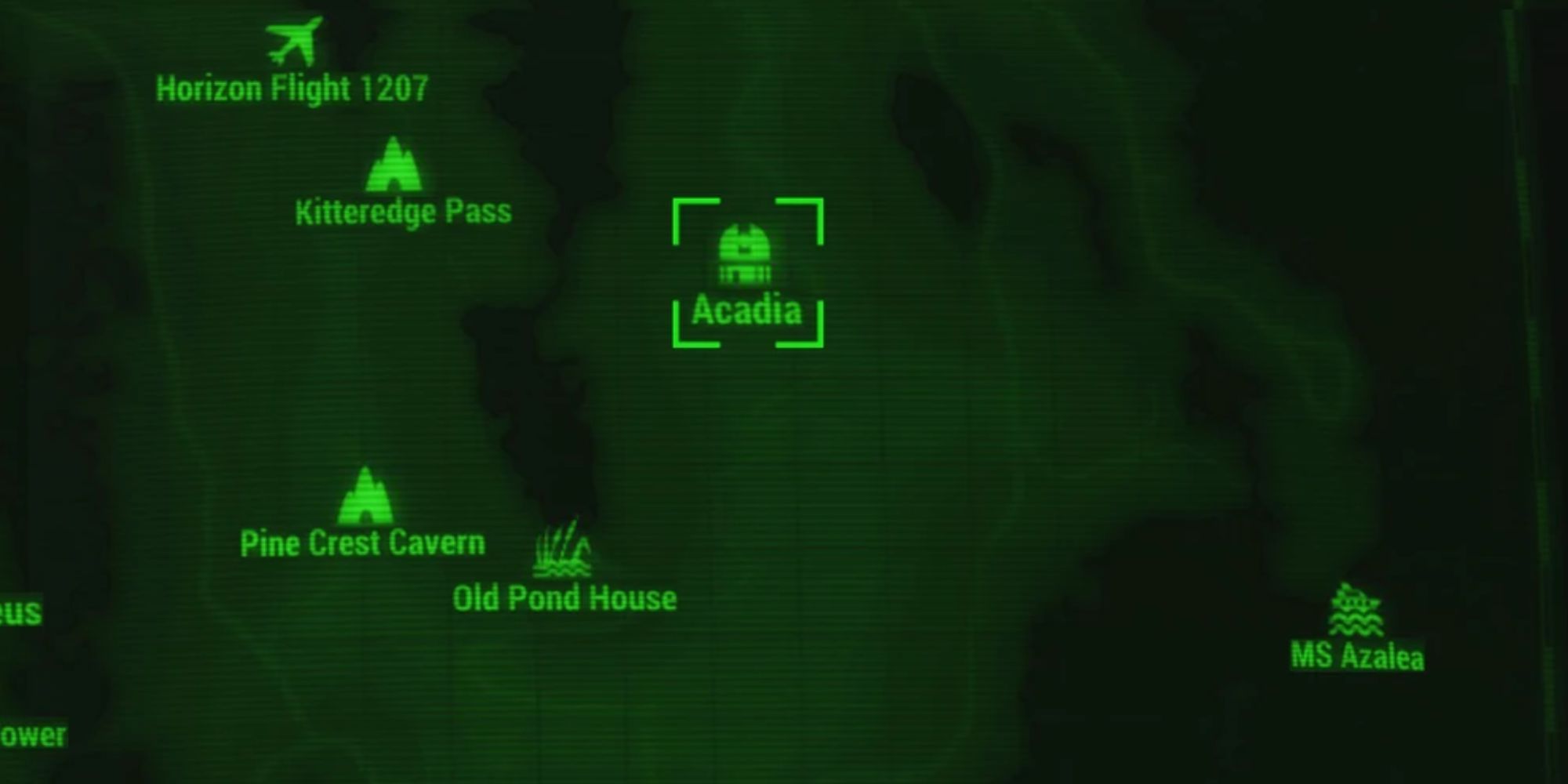 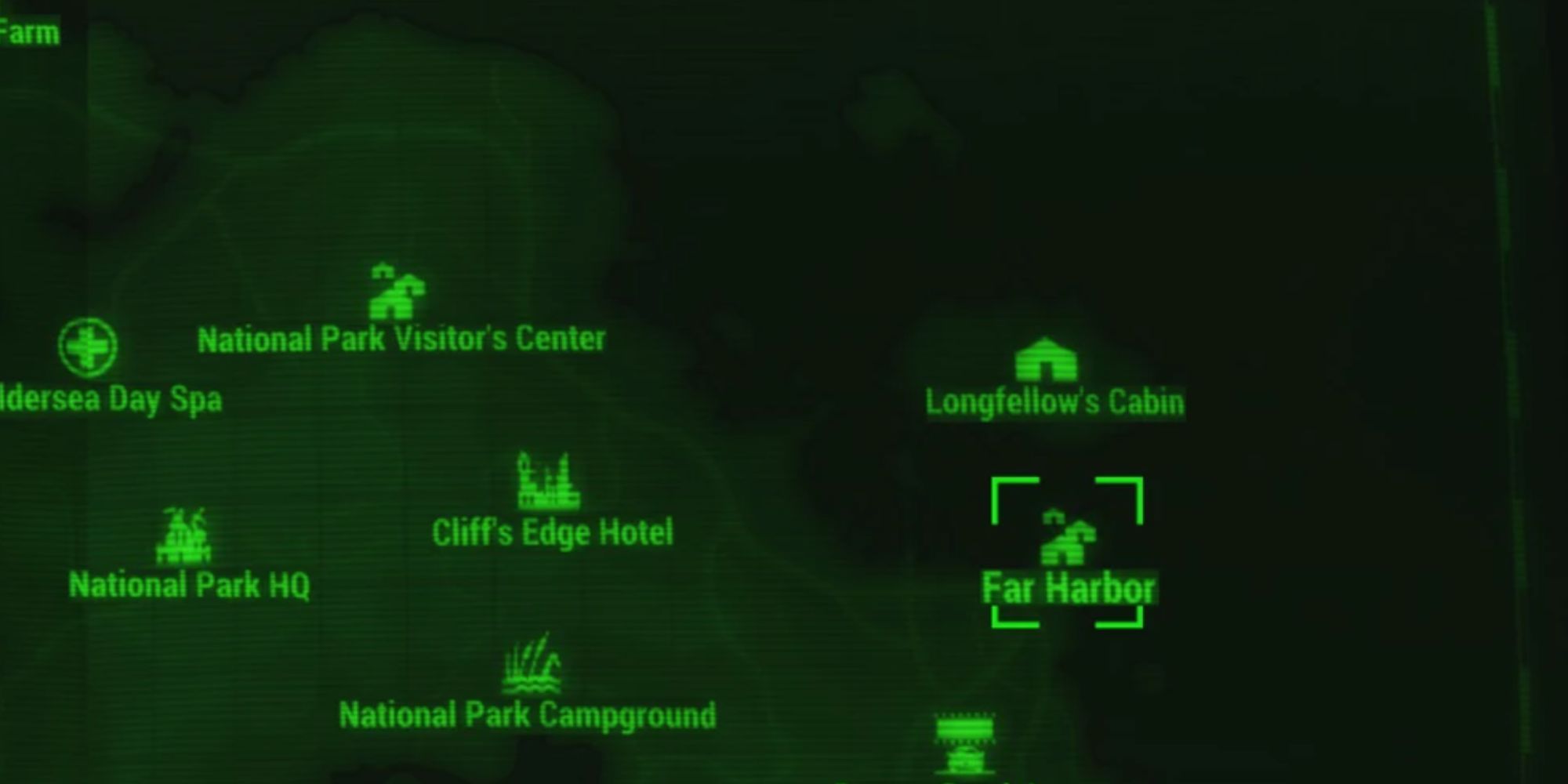 The Recon Marine Right Arm is a fantastic option if you like walking around the Wasteland because it increases your movement speed by ten percent. You can purchase this armor piece from Sister Mai, who resides at the Nucleus, the location on this map.