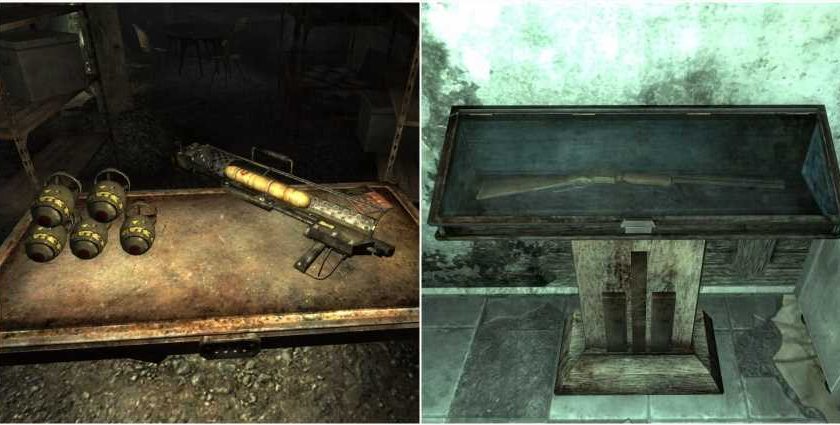 Unique weapons are modified versions of standard weapons in Fallout 3, usually granting higher base stats or a unique gimmick. Unlike Fallout 4’s system, these weapons are one of a kind and can’t be replicated by other weapons.

Fallout 3 has a large roster of unique weapons to compliment any build. Most of these weapons are fantastic and worth using, but some unique weapons are so strong that they are a must-have for any playthrough. From nuke launchers to electric swords, here are 15 of the best unique weapons in Fallout 3. This article contains spoilers for Fallout 3 and its related DLCs.

Updated February 4th, 2021 by Charles Burgar: Fallout 3 has some of the strongest unique weapons the franchise has seen. From the Experimental MIRV to the Lincoln Repeater, this game is far from lacking in weapon diversity. While the original ten weapons we listed were fantastic choices, we feel there were still a few weapons that deserve an entry. Five additional entries have been added that vary from stun batons to shotgun revolvers. As before, this list is for unique, one of a kind weapons only. Crafted gear and items with multiple copies have been excluded from this list. 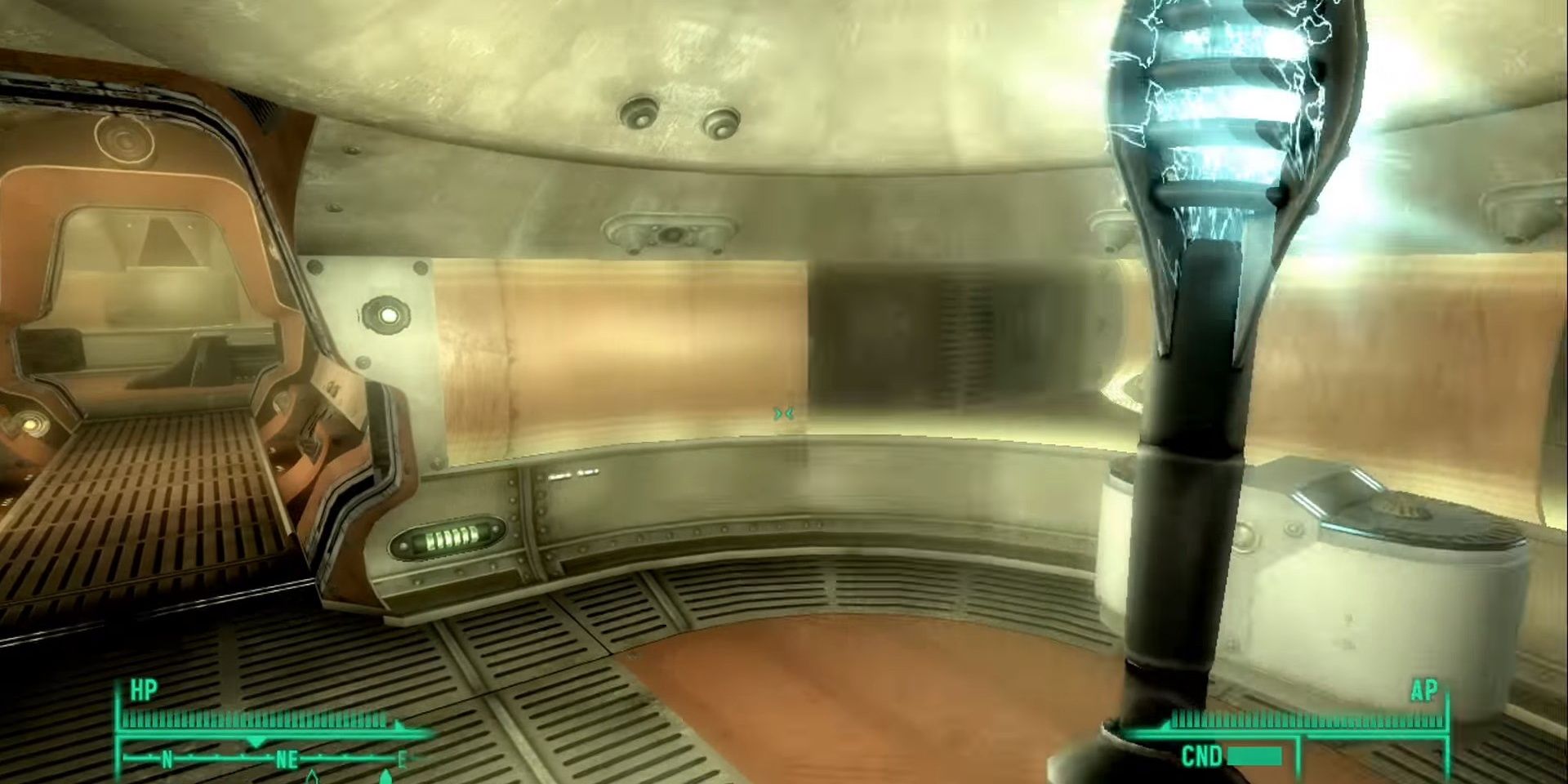 The Electro Suppressor might be the most underrated unique weapon in Fallout 3. Obtained during the Mothership DLC in the ship’s engine room, the Electo-Suppressor is a unique stun baton that knocks enemies off their feet when it lands a critical hit.

It only has a critical multiplier of x1, but critical builds can still take full advantage of this weapon. A single critical strike knocks an enemy to the ground for two seconds, not taking into account the time it takes for an enemy to get back up. If you critically hit while an enemy is down, the stun timer resets. This allows critical builds to stunlock every enemy to death. Super Mutants, Deathclaws, virtually every enemy in Fallout 3 can be stunned with this weapon. 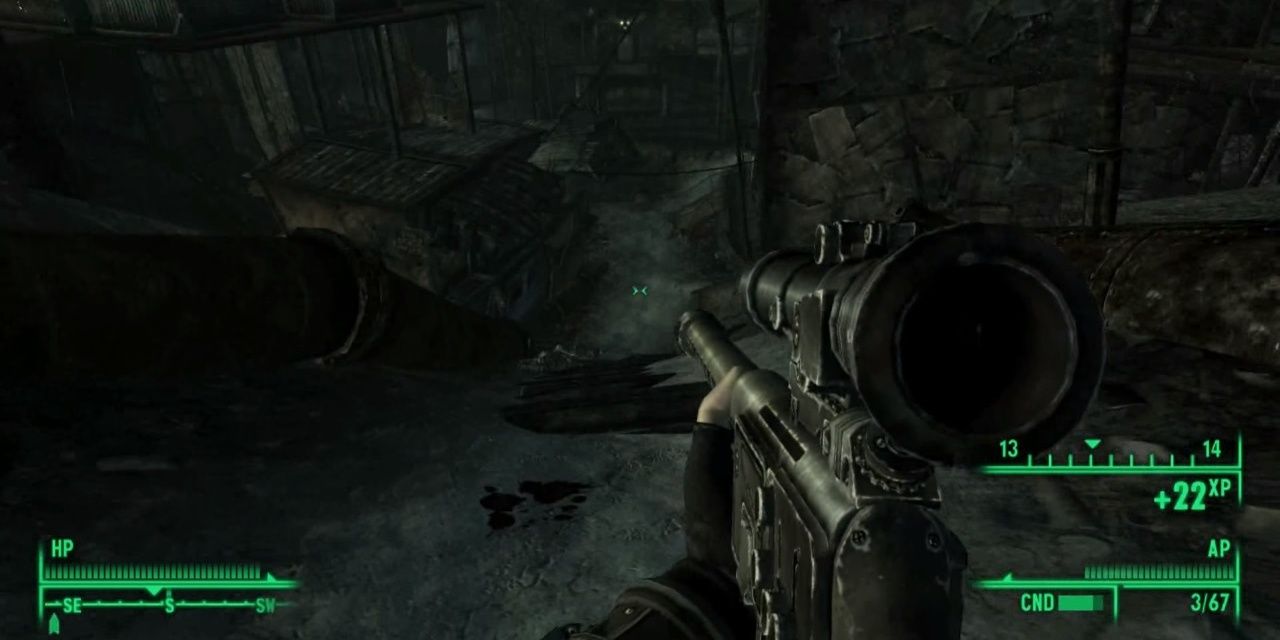 While the Victory Rifle has a lower critical multiplier than its contemporaries, it more than makes up for that loss in damage with its tripled weapon durability and innate knockdown effect upon landing a critical hit.

Sniper rifles are in a great spot in Fallout 3, packing a serious punch along with solid critical stats. Knocking down targets with the Victory Rifle is rather common with the right build, making threats such as Deathclaws trivially easy to deal with. Players can find this sniper rifle in the sniper shack overlooking Rockbreaker’s Last Gas. It will be in a 100-skill locker. 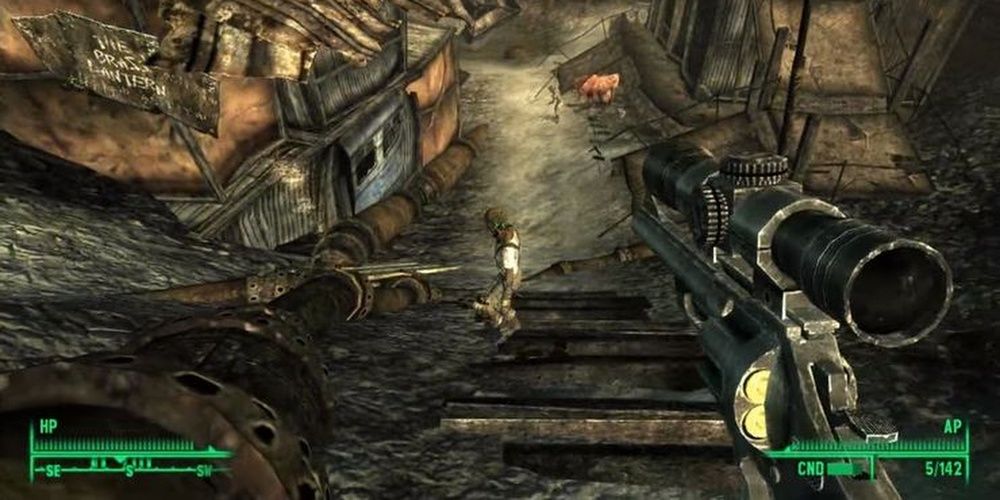 For a small revolver, Callahan’s Magnum is easily one of the strongest weapons in Fallout 3. This weapon deals more damage than any sniper rifle in the game, including variants.

Dealing a whopping 65 damage per shot and retaining the fire rate of a .44 Magnum, Callahan’s Magnum is the best Small Gun in the game. Obtaining this weapon will require you to open a hard safe in the Citadel ruins after destroying it in the Broken Steel DLC. 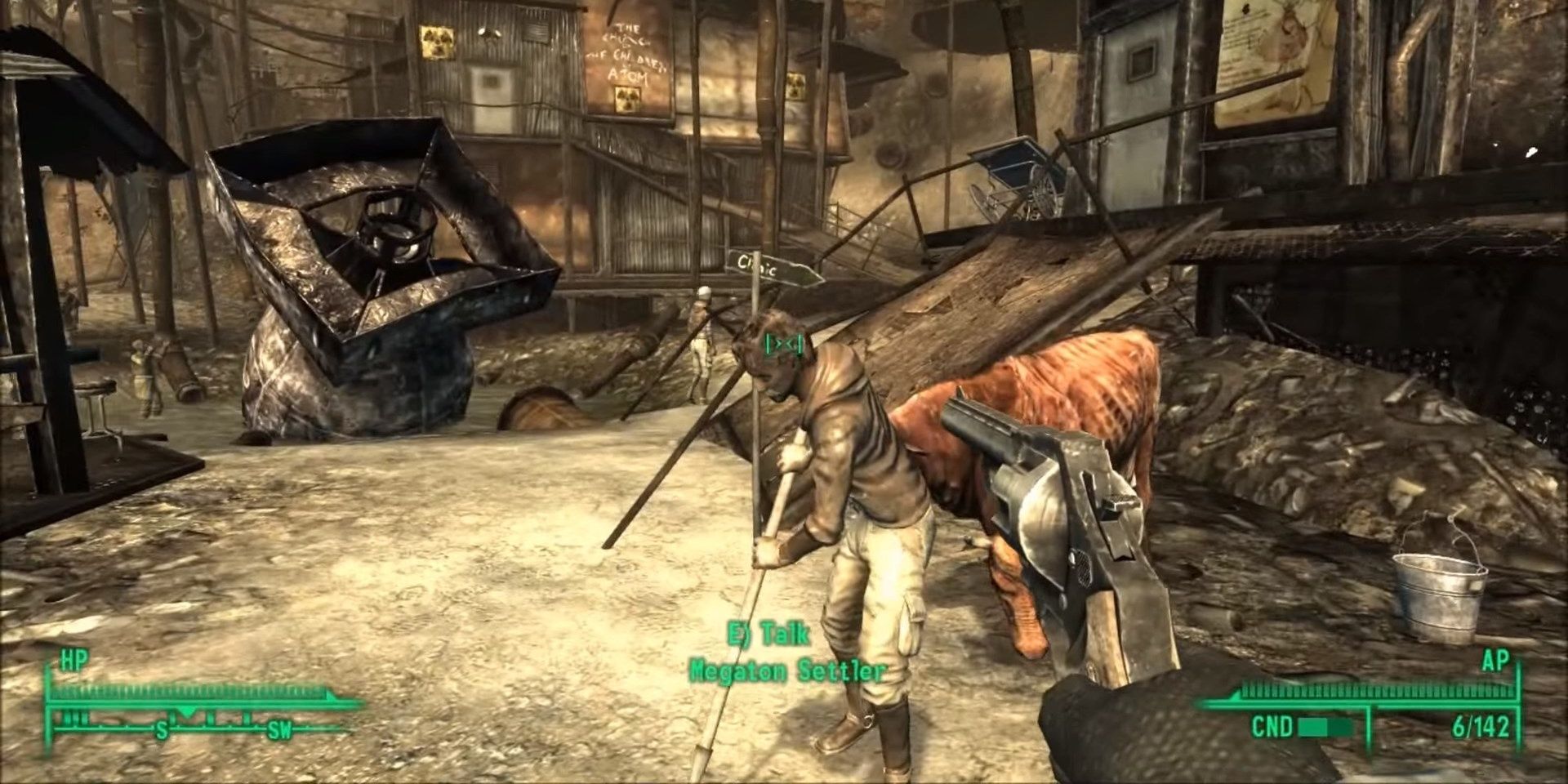 Callahan’s Magnum might be the strongest Small Gun on paper, but Paulson’s Revolver manages to take the lead if players can find a way to reliably crit. You can find it on Paulson during the Mothership Zeta DLC.

Similar to the Metal Blaster, Paulson’s Revolver fires nine projectiles with every shot instead of one. This means each pellet can independently crit, a common occurrence due to this weapon’s x2 critical multiplier. When it does crit, prepare to deal a truckload of damage. A critical hit deals 35 additional damage with this gun, ten less than the entire round does by itself. If you can get all nine shots to critically hit on Paulson’s Revolver, this gun turns into a pocket Terrible Shotgun that can one-shot most unarmed targets. 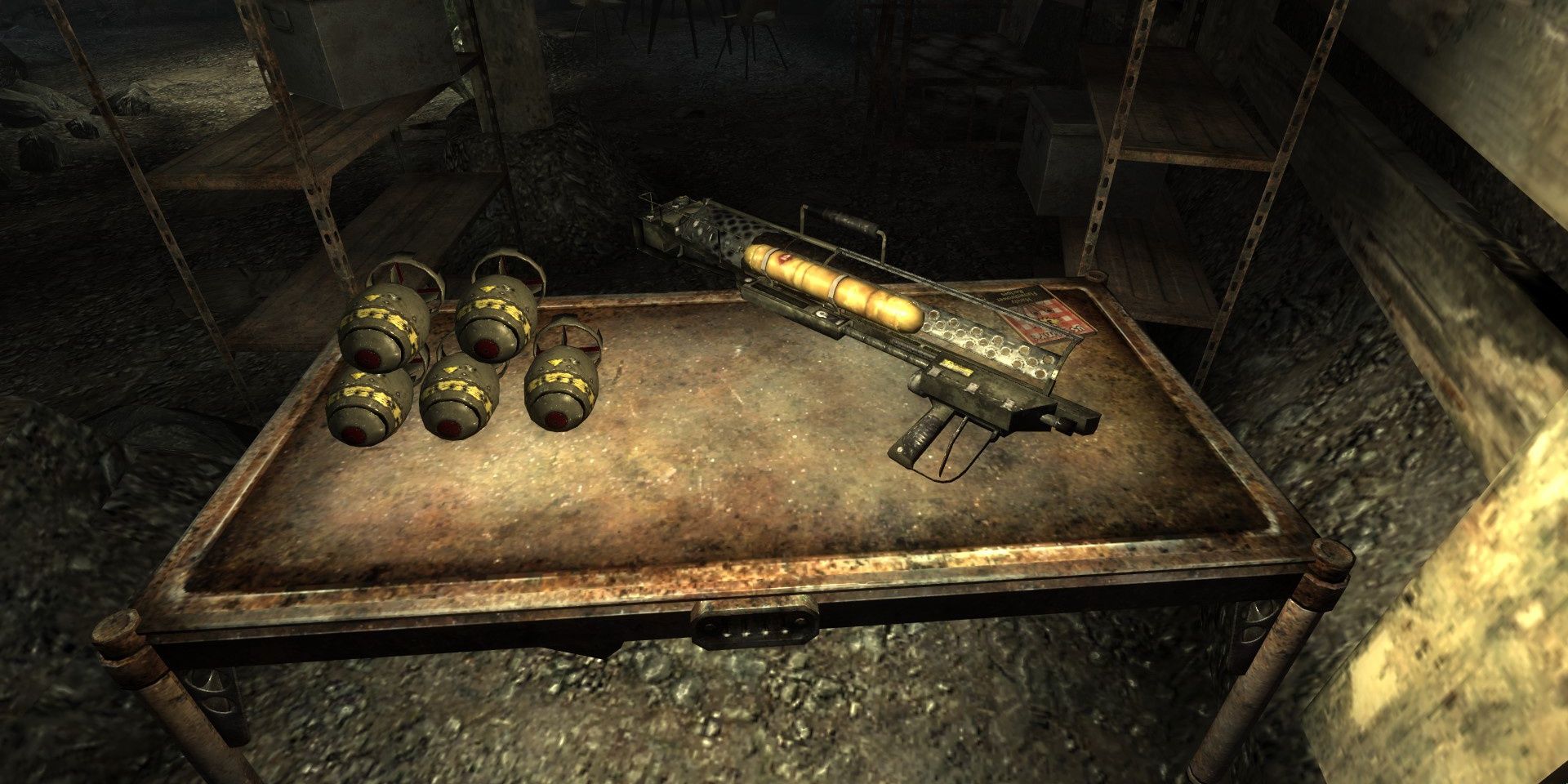 In terms of raw damage, the Experimental MIRV is by far the strongest gun in Fallout 3. This weapon fires not one but eight Mini Nukes with each shot, dealing 1,610 damage per projectile. That amount of damage is enough to instantly kill every enemy in the game.

Sadly, it also means the weapon can kill you rather easily. Using this weapon up-close is suicide since the explosions deal so much damage. It also uses eight of the rarest ammo type in the game for every shot. Pick this weapon up from the National Guard depot to trivialize any encounter, but make sure to stand clear of the blast radius. 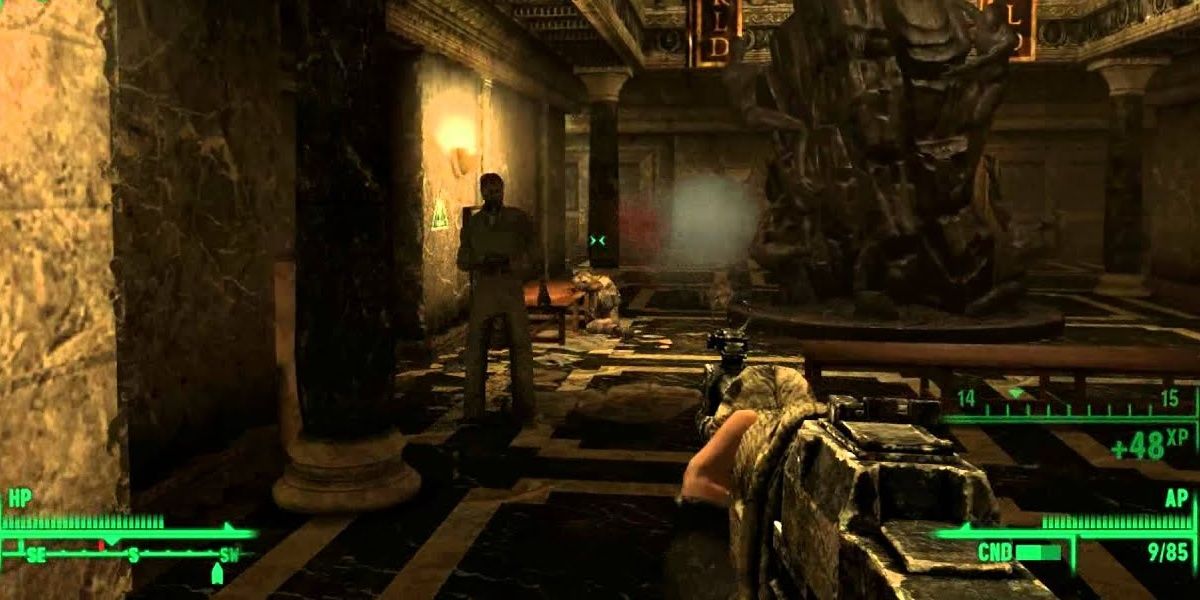 Assault rifles are the defacto choice for many Fallout 3 players due to their dependability and accessible ammo type. The Xuanlong Assault Rifle is the best assault rifle in the game and one of the most dependable weapons in Fallout 3.

With a DPS rating of 96, this weapon packs a serious punch for a rapid-fire Small Gun. The weapon’s 5.56mm rounds are so plentiful in the Capital Wasteland that this weapon never runs into ammo problems. You can find this gun on Prime’s body in the Jury Metro station after you complete Jiggs’ Loot quest. 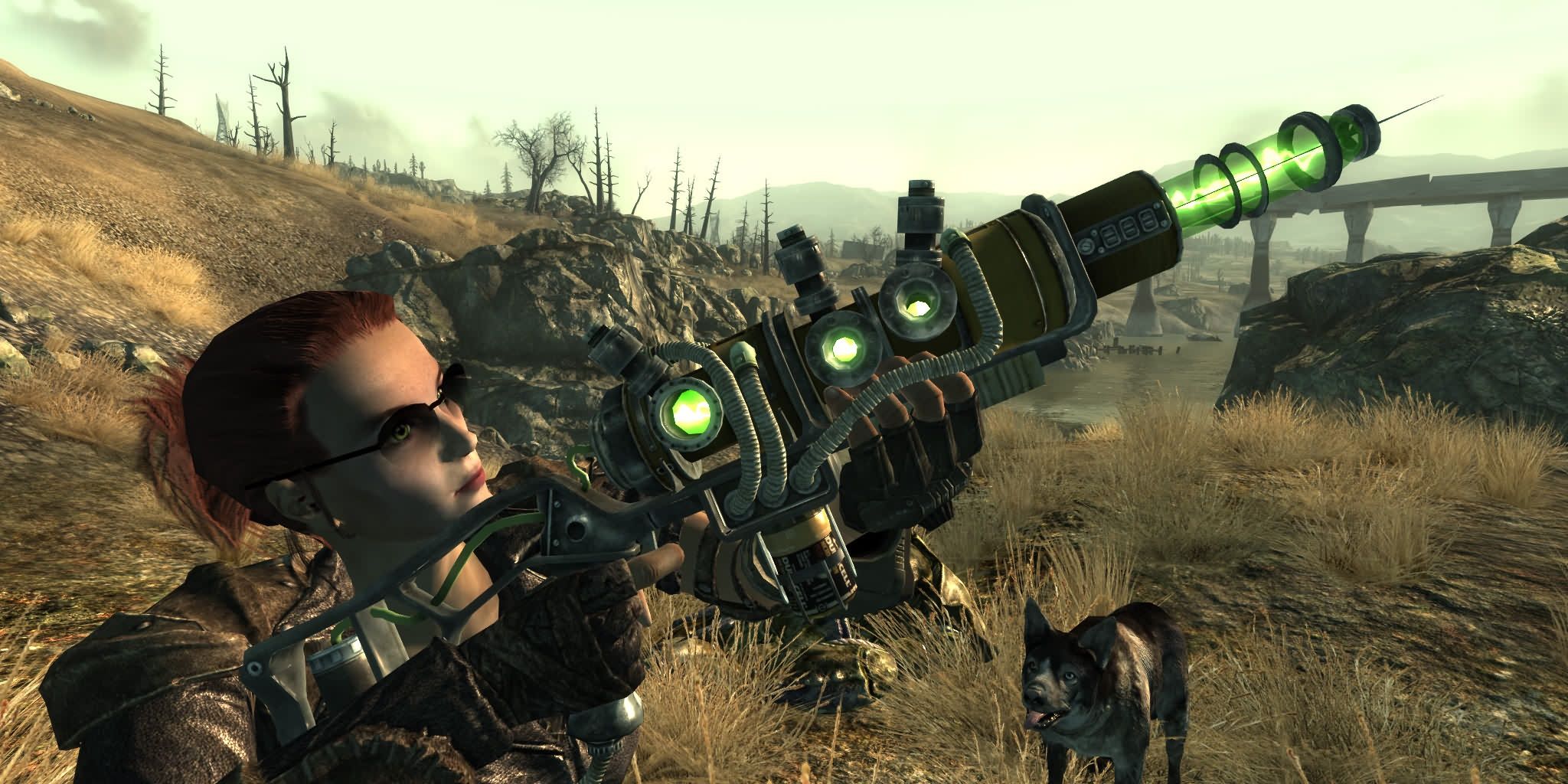 Similar to the Xuanlong Assault Rifle, the A3-21’s Plasma Rifle is one of Fallout 3’s most reliable weapons. As a variant of the standard Plasma Rifle, the A3-21 variant comes bundled with five additional damage, better durability, and has a critical multiplier of x2.5.

As with most Plasma weapons, the A3-21 is incredibly ammo efficient. A single shot will take down most fodder enemies. Tougher foes go down in seconds thanks to this weapons great DPS stat of 100. If you love Energy Weapons, there’s no reason not to use this weapon. Harkness uses it in Rivet City. Completing The Replicated Man quest can grant this weapon based on which ending you receive. 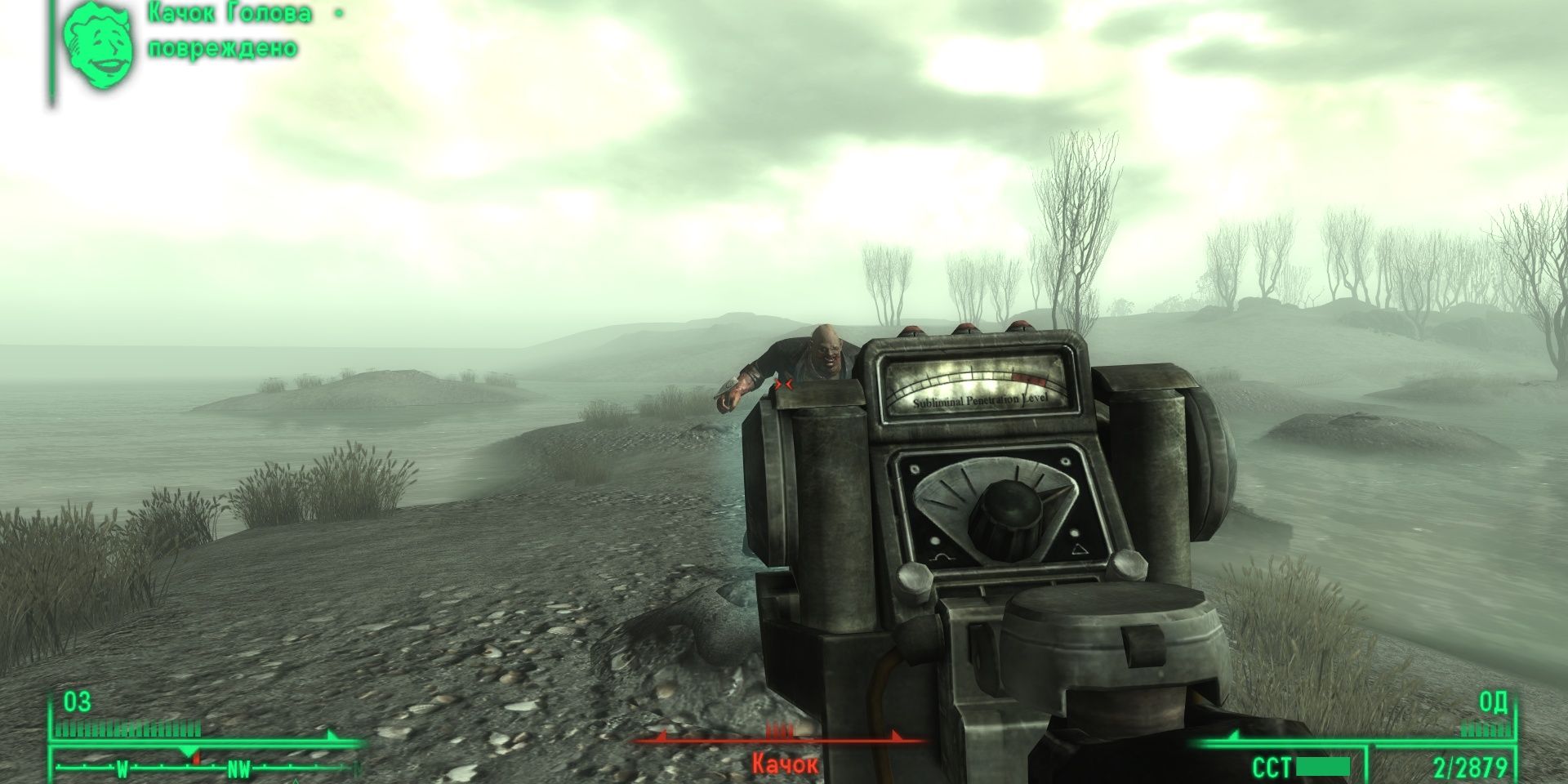 It deals 60 damage per shot, further amplified by its 2x critical multiplier and 100 extra critical damage stat. This is also one of the few weapons in Fallout 3 that ignores Damage Resistance entirely. Whether it’s a Ghoul or an Enclave soldier, the Microwave Emitter will make short work of them. 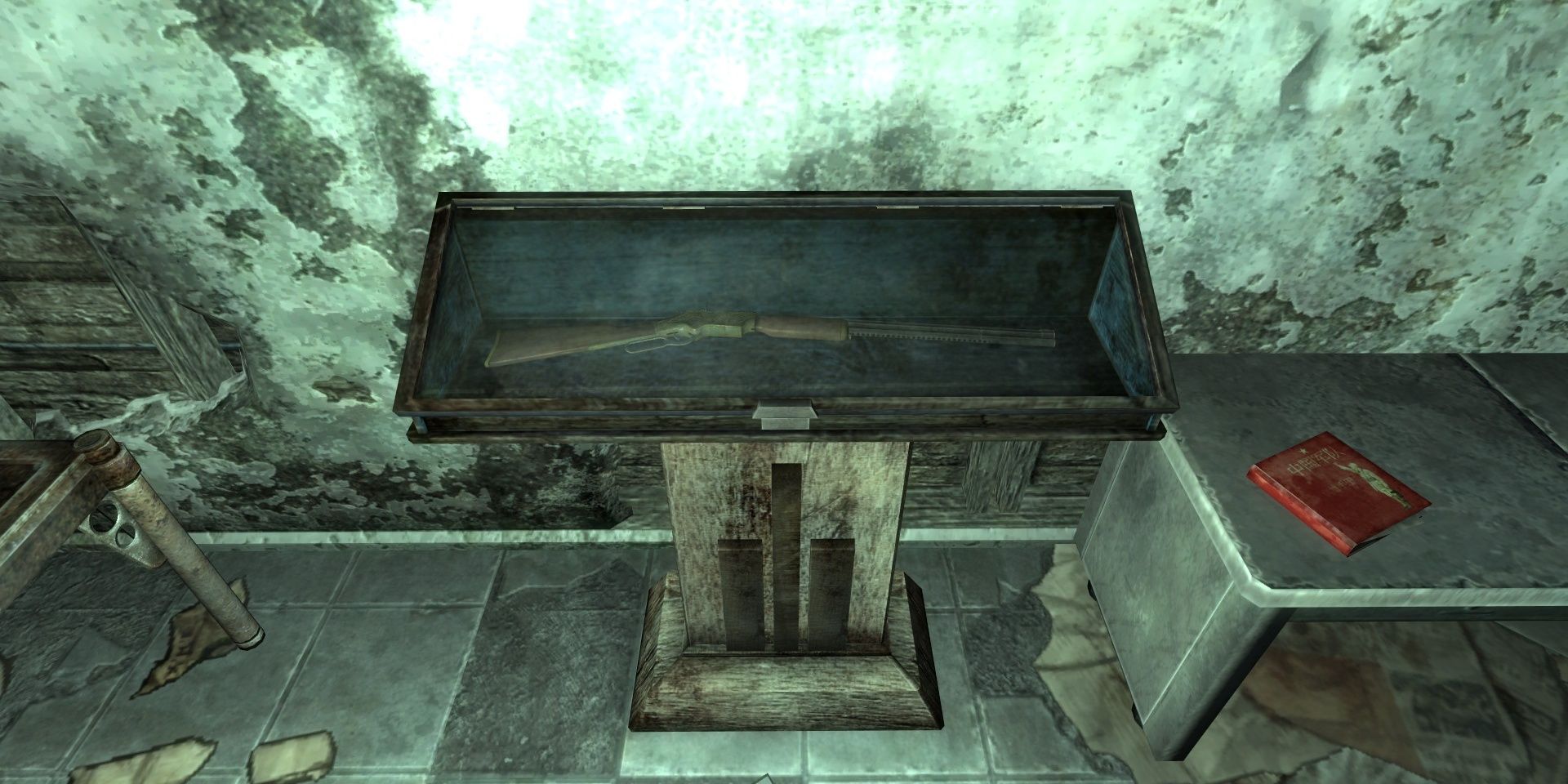 After a fair bit of exploration in the Museum of History, you can find the powerful Lincoln Repeater rifle. A base damage of 50, a critical multiplier of x2, and a critical damage bonus of 50 make this the strongest precision rifle in the game.

This all comes at the cost of using the rather uncommon .44 Magnum round ammunition type. Should you come across a lot of .44 ammo, consider using the Lincoln Repeater and blowing targets to shreds with its high damage per shot. It can also be used as a descoped sniper rifle due to its perfect accuracy rating. 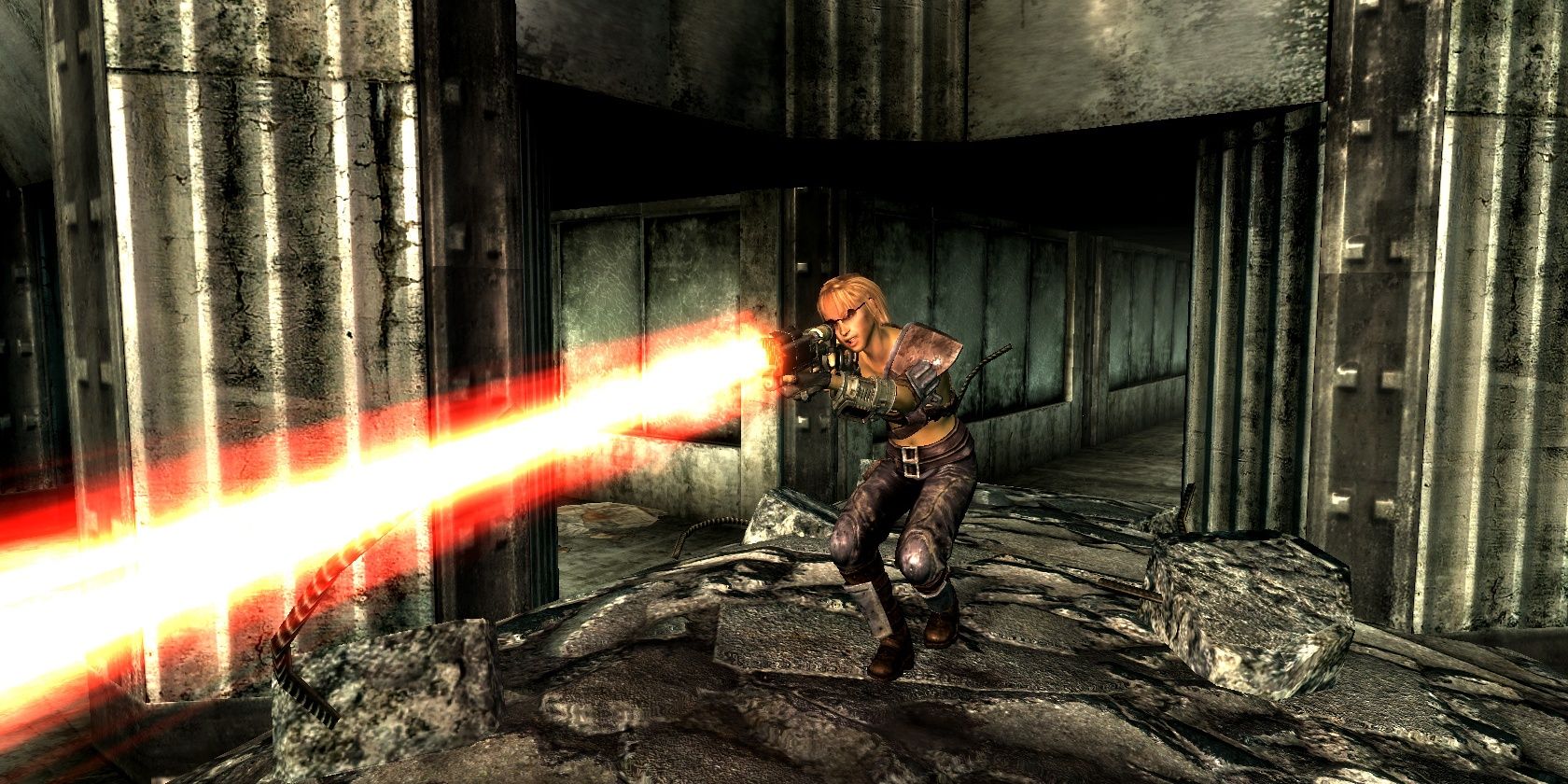 Metal Blaster is a unique variant of the Laser Rifle that fires nine lasers per shot instead of one. It deals 55 damage per shot, over double of the standard Laser Rifle dishes out, and a higher critical damage bonus of 27.

This weapon begs for a critical build to wield it. If every shot crits, this gun deals 298 damage a shot or over 600 DPS. Better yet, this weapon’s projectile spread is practically non-existent. All of this weapon’s beams stick together when fires, meaning it can be used as a devastating mid-range weapon. If this weapon wasn’t so ammo hungry, it would be even higher on this list. 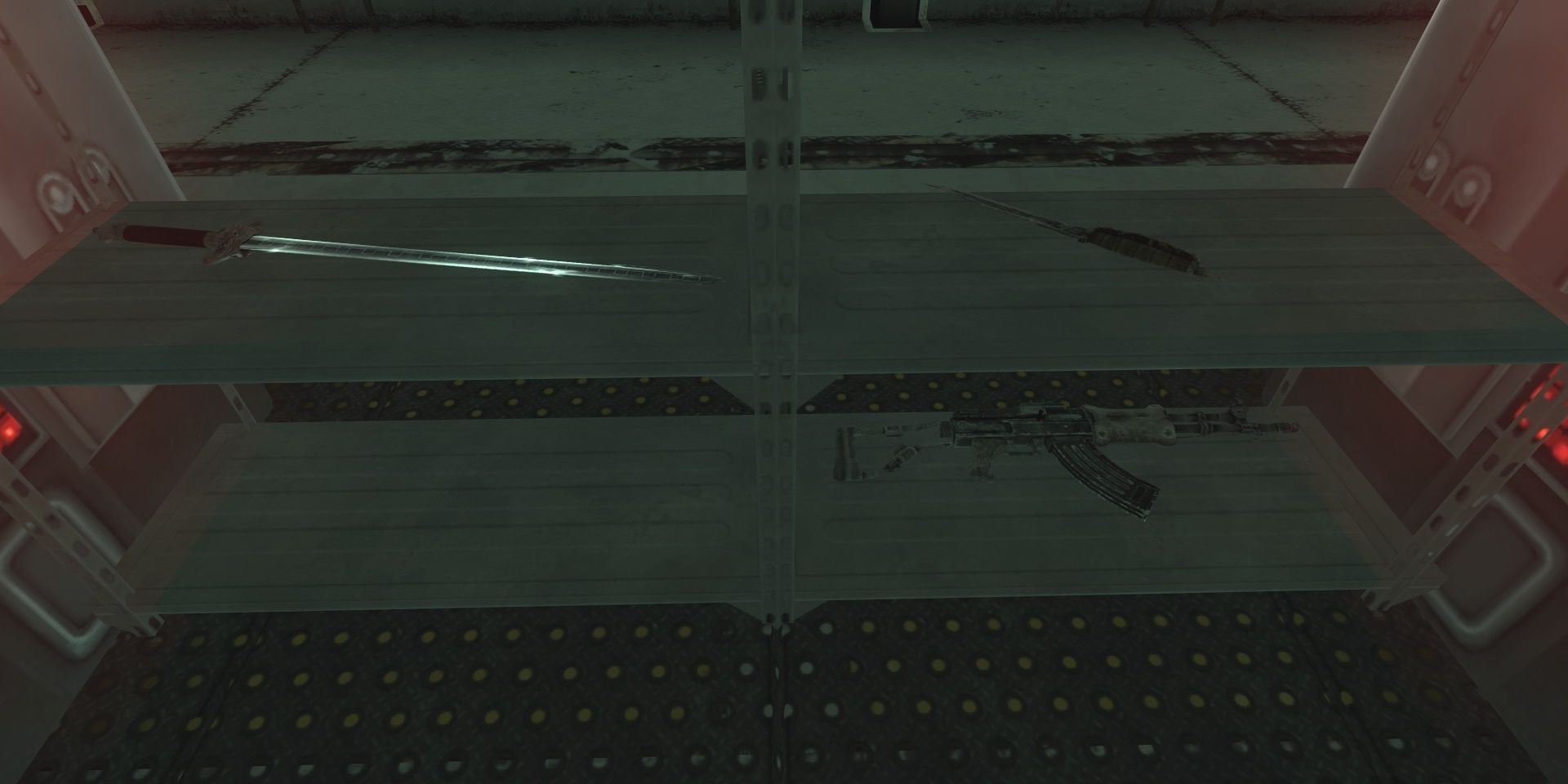 Completing the Operation Anchorage DLC will grant you Jingwei’s Shocksword. Stat-wise, this weapon is very similar to the Shishekebab, although it deals shock damage instead of fire—one of the only weapons in Fallout 3 with this damage type. This weapon deals 35 damage per swing alongside two points of shock damage per second for five seconds.

Jingwei’s Shocksword becomes truly exceptional when it is paired with stealth. Using the Ninja perk and various stealth bonuses, you can deal so much damage with this blade that it can one-shot nearly every enemy in the game. 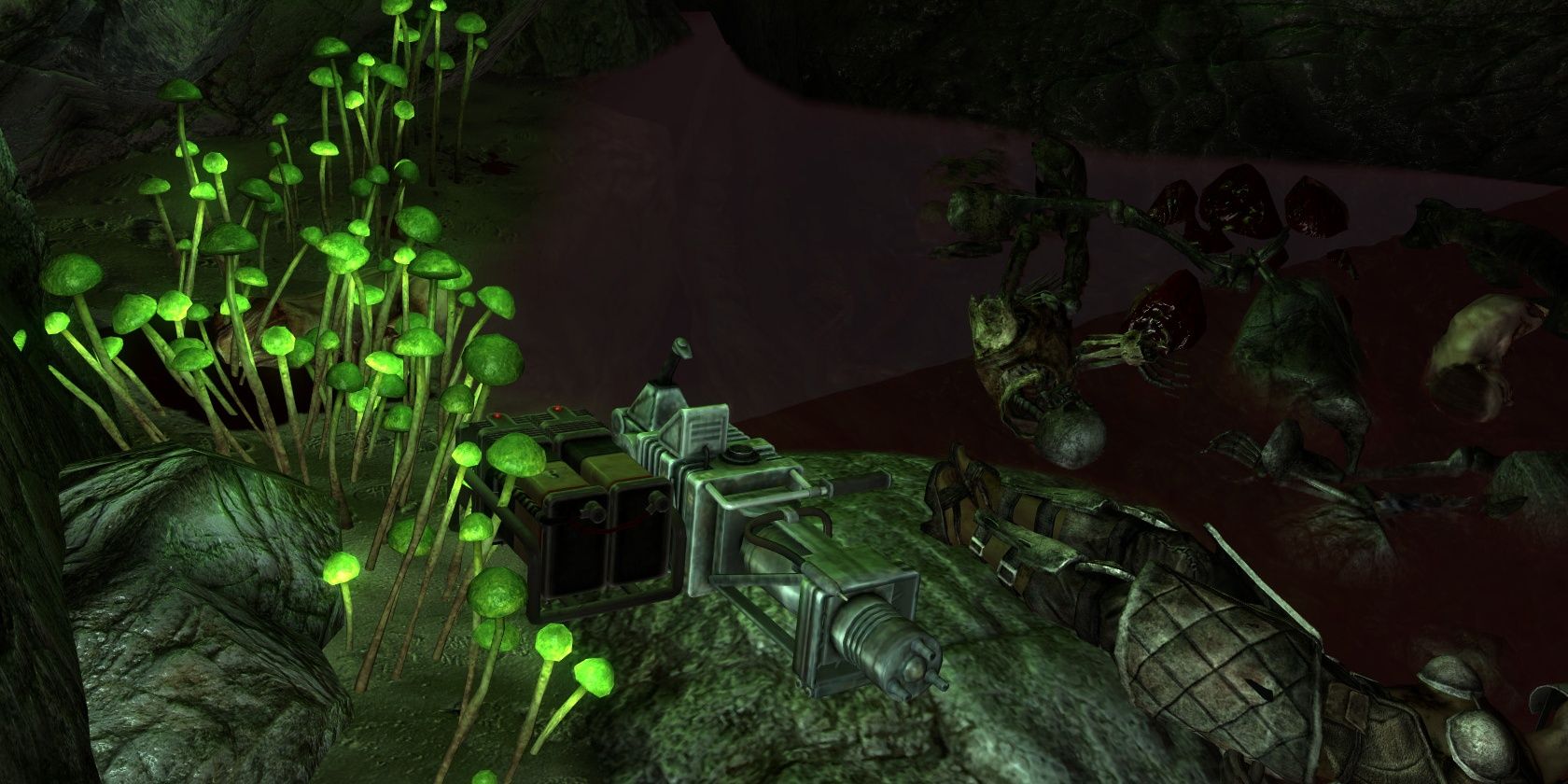 Deathclaw Sanctuary holds the unique Vengeance laser cannon. This weapon has one of the highest DPS values in the game, capable of dishing out 220 damage per second with no skill investment or perks. Few enemies can survive the fury of this weapon for more than a few seconds. Just be prepared to frequently run out of electron charges while using this weapon due to Vengeance’s high fire rate. 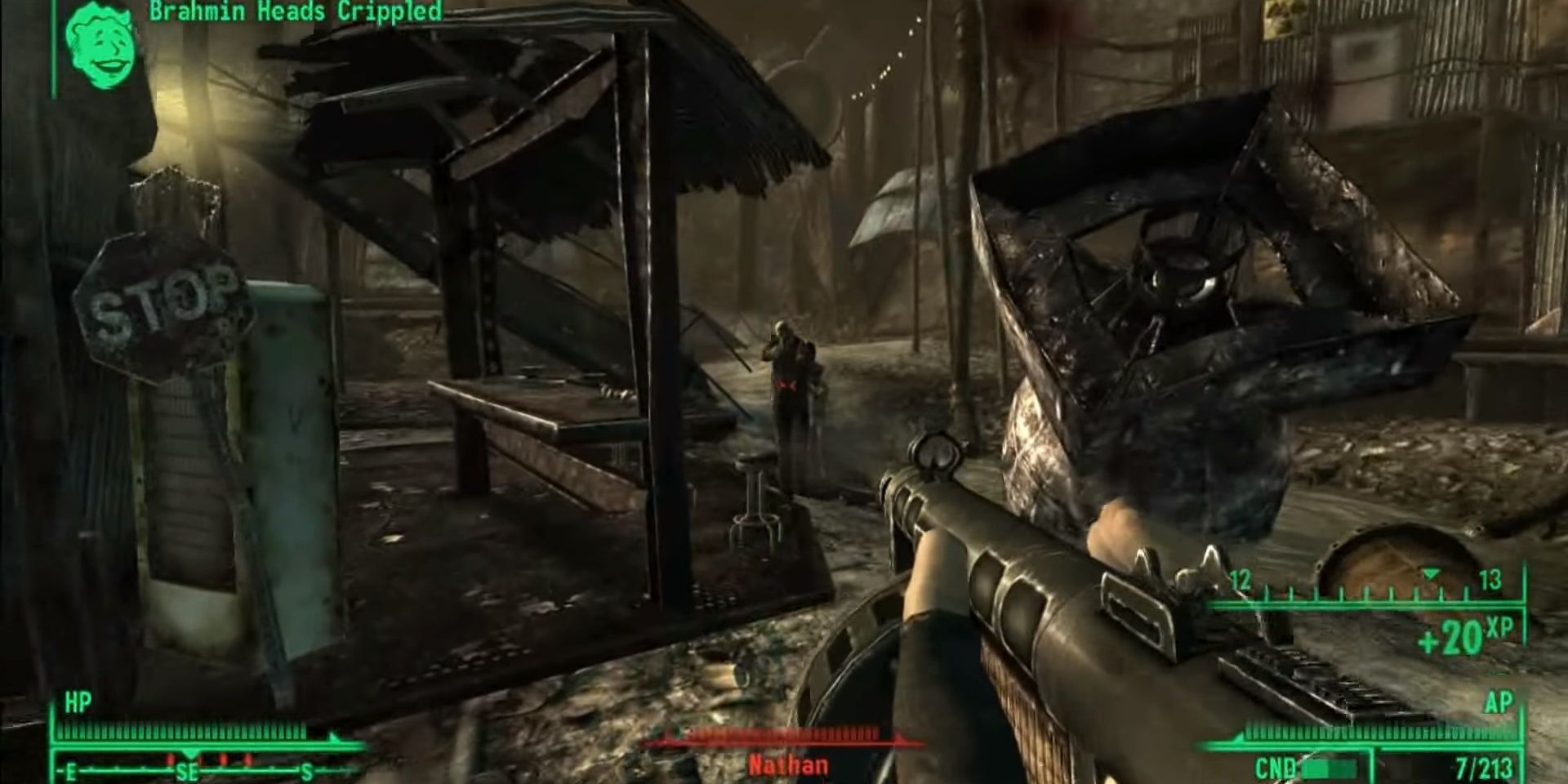 However, this weapon goes from a great weapon to an overpowered monster when paired with stealth critical hits. Whenever the Terrible Shotgun critically hits, each pellet receives its critical damage bonus. With critical-based perks and a high Small Guns skill, this weapon can deal 1,240 damage a shot. That is enough damage to instantly kill every enemy type in the game. Pick this weapon up from Smiling Jack at Evergreen Mills. 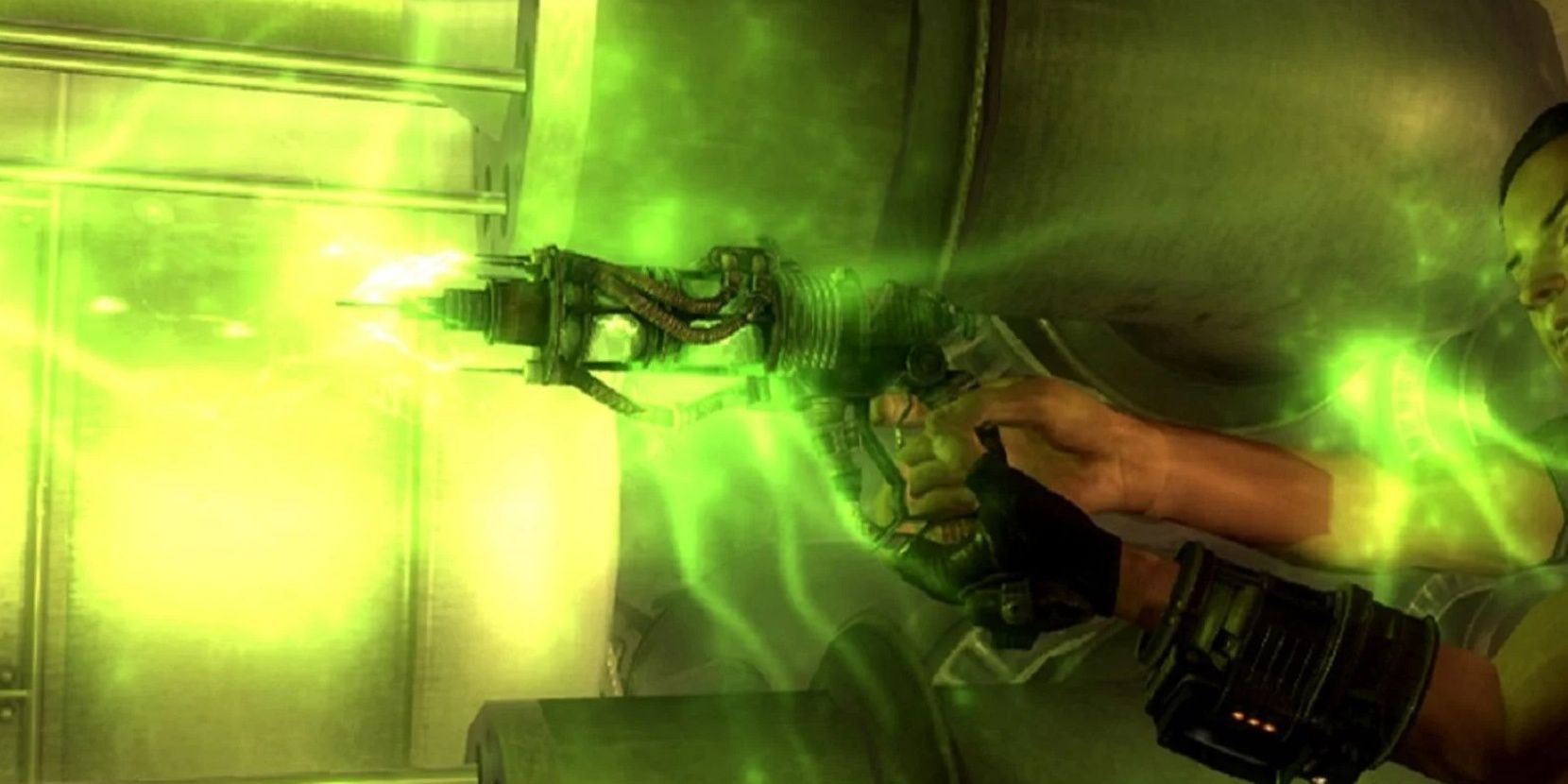 Compared to other top-tier Energy Weapons like the A3-21 Plasma Rifle and the Wazer Wifle, the MPLX Novasurge is leagues above its competition.

Obtained from the Mothership Zeta DLC, this plasma pistol deals a whopping 80 damage per shot and can fire three times a second. A DPS value of 240 is unheard of for a handheld weapon, but the MPLX Novasurge further delivers with its 3x critical multiplier and 75 critical damage bonus. Every Energy Weapon build can take advantage of this gun, especially those that utilize critical hits. 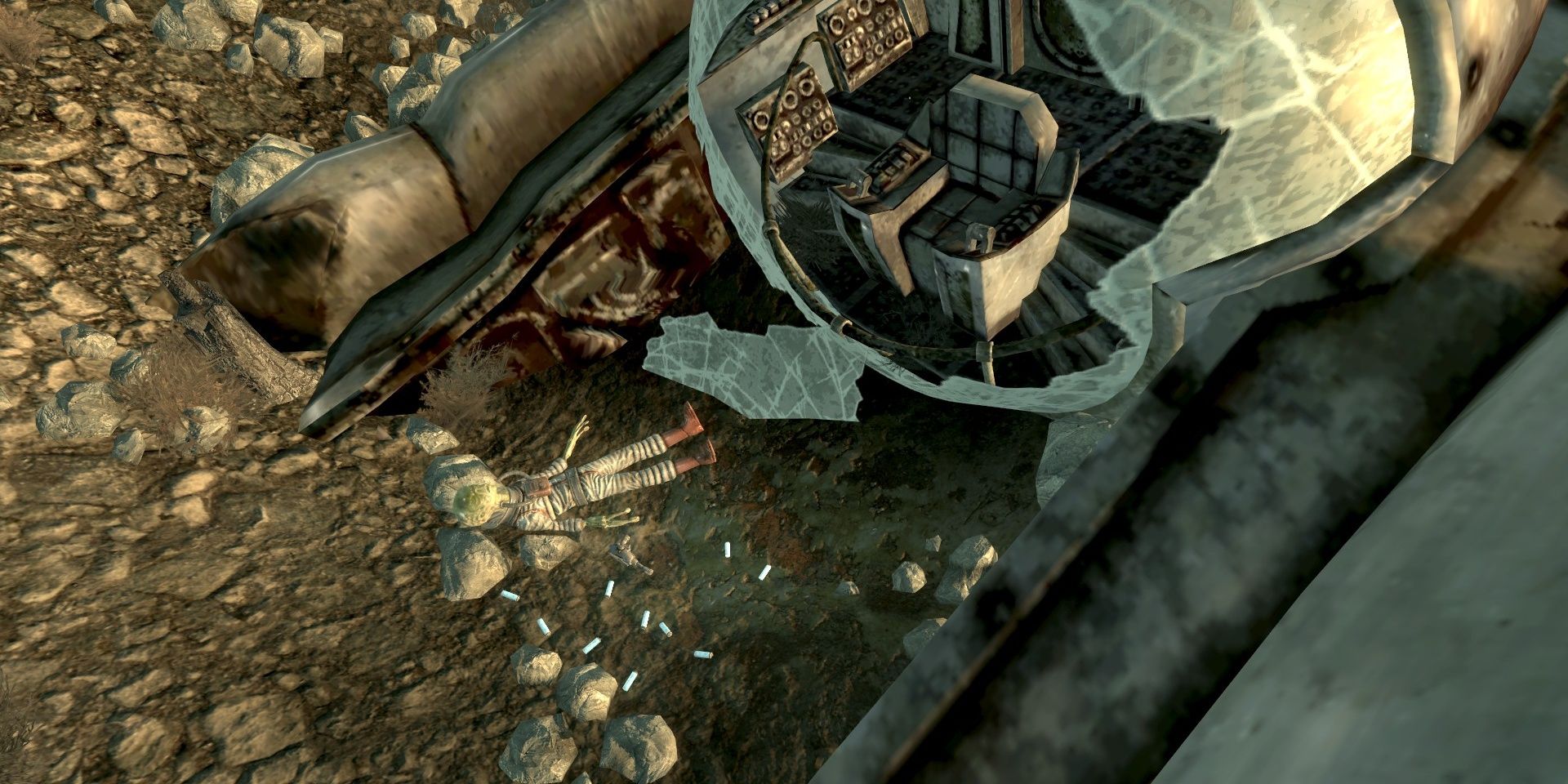 That DPS value is not accounting for this weapon’s 100-damage critical hits that occur with every shot. Enhancing this weapon through perks can make this weapon annihilate nearly every enemy in the game with a single shot. The Alien Blaster is versatile, deals an obscene amount of damage, and doesn’t require any investment through perks or skills.

NEXT: Ranking Every Fallout Game From Worst To Best 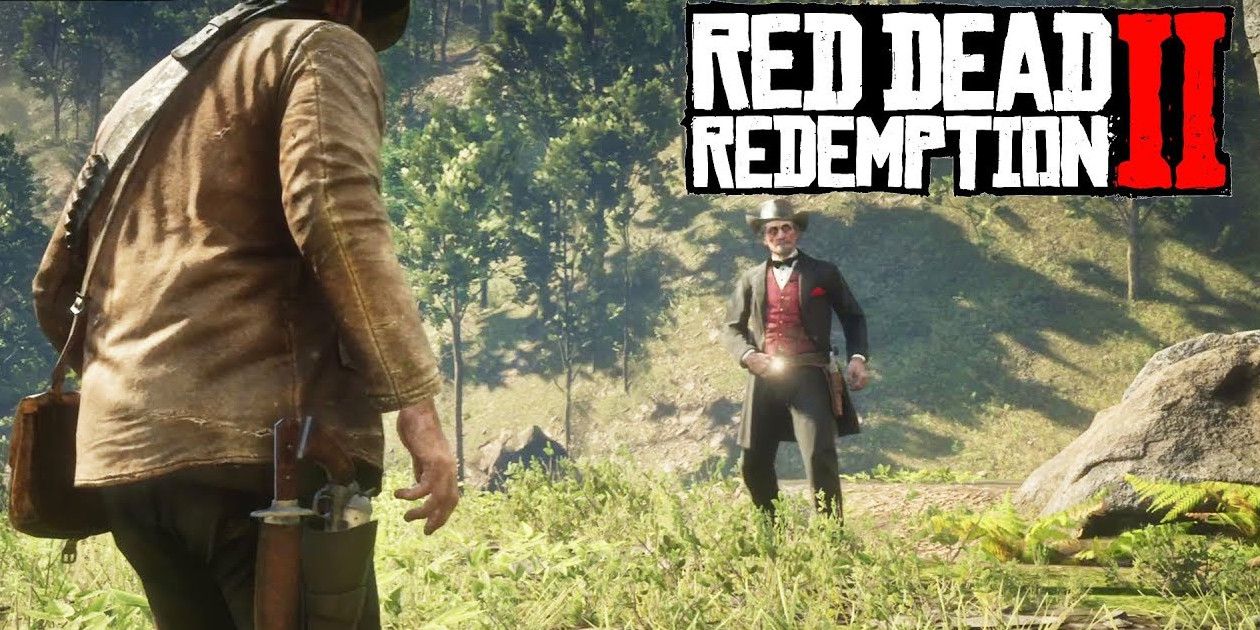 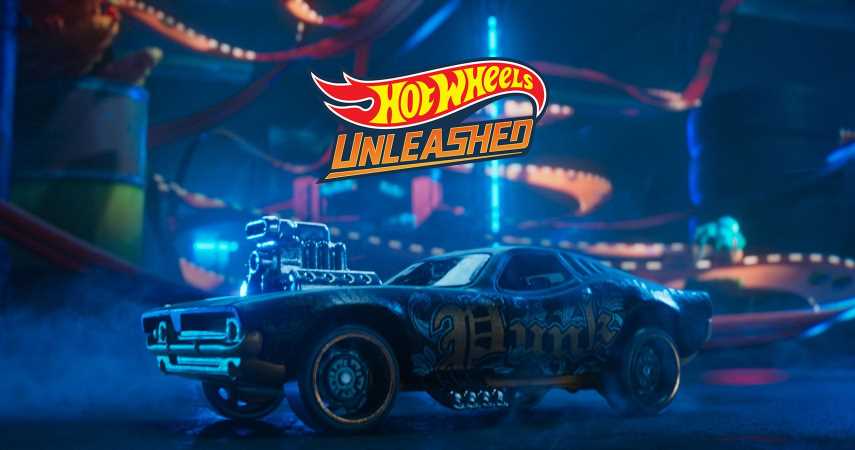 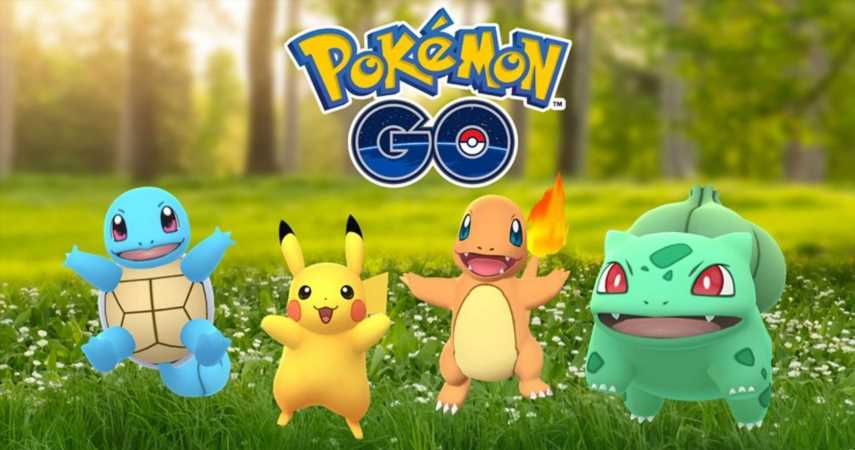 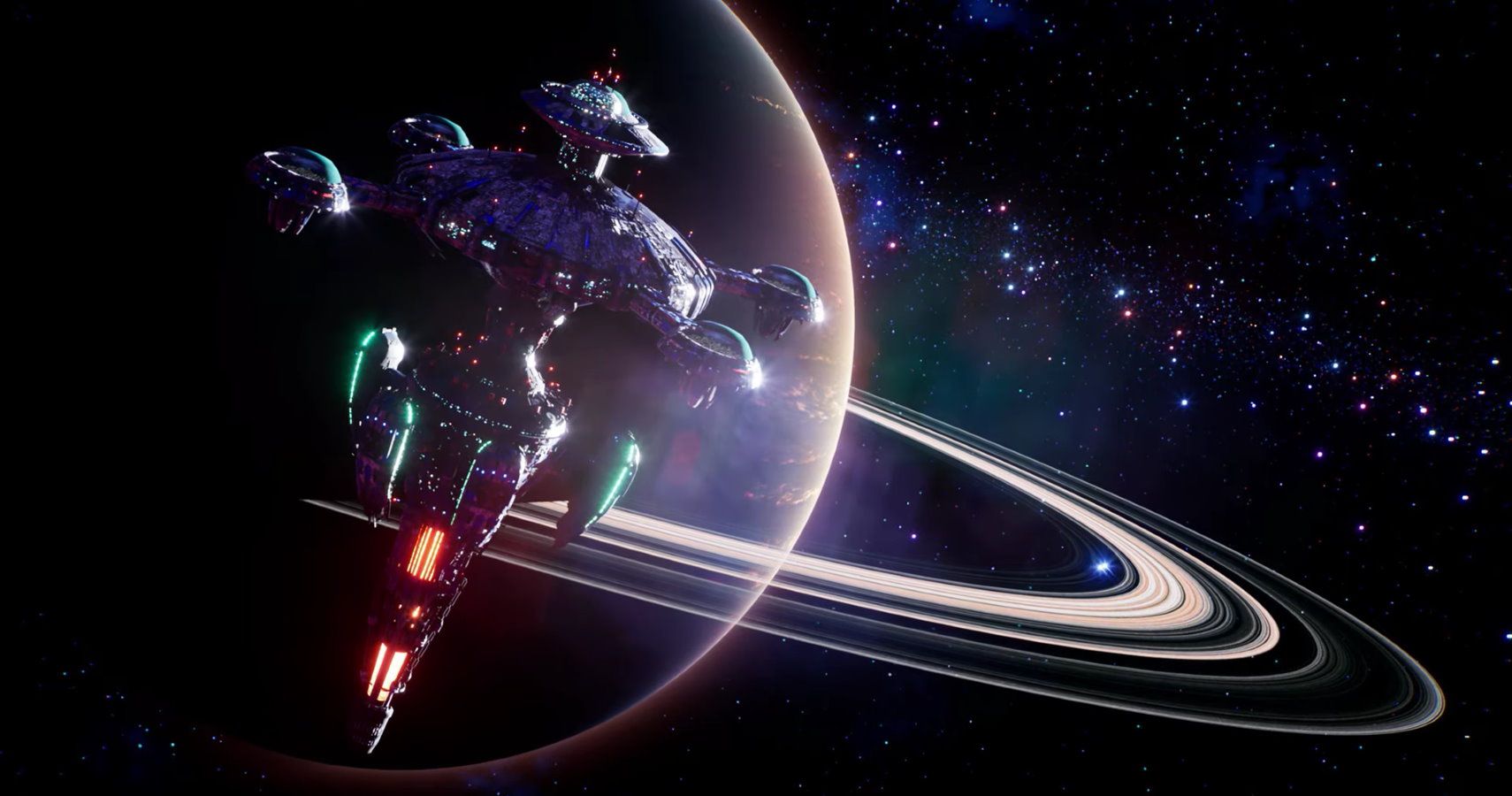