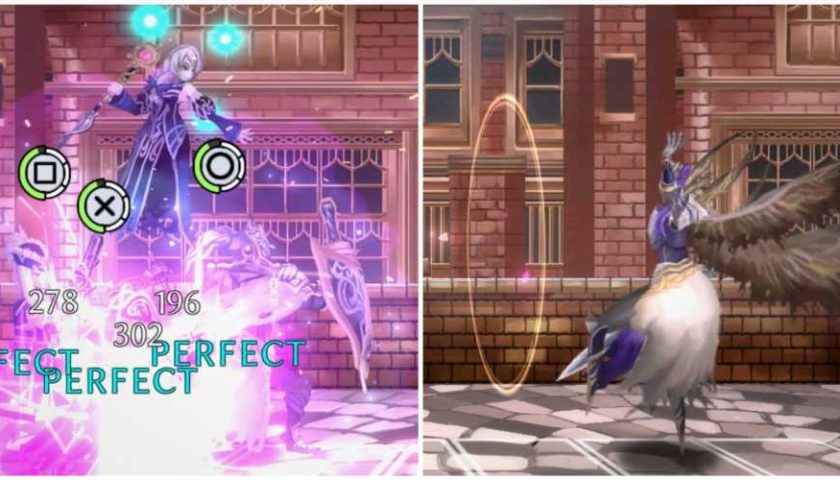 Drakina was a monstrous foe the first time you fought her in Fallen Legion Revenants, but her second appearance throws in a bunch of new spanners that make this fight even harder. Thankfully, unlike your first scrap with Drakina, there is no timer ticking away until your defeat, so all you have to worry about is smacking her around.

Unfortunately, doing that is easier said than done since Drakina’s new attacks and utility options make her a much bigger threat. In fact, Drakina can easily one-shot your entire party if you go in with the wrong party and mistime your blocks. All that being said, she can be defeated with a bit of preparation and some solid reflexes. 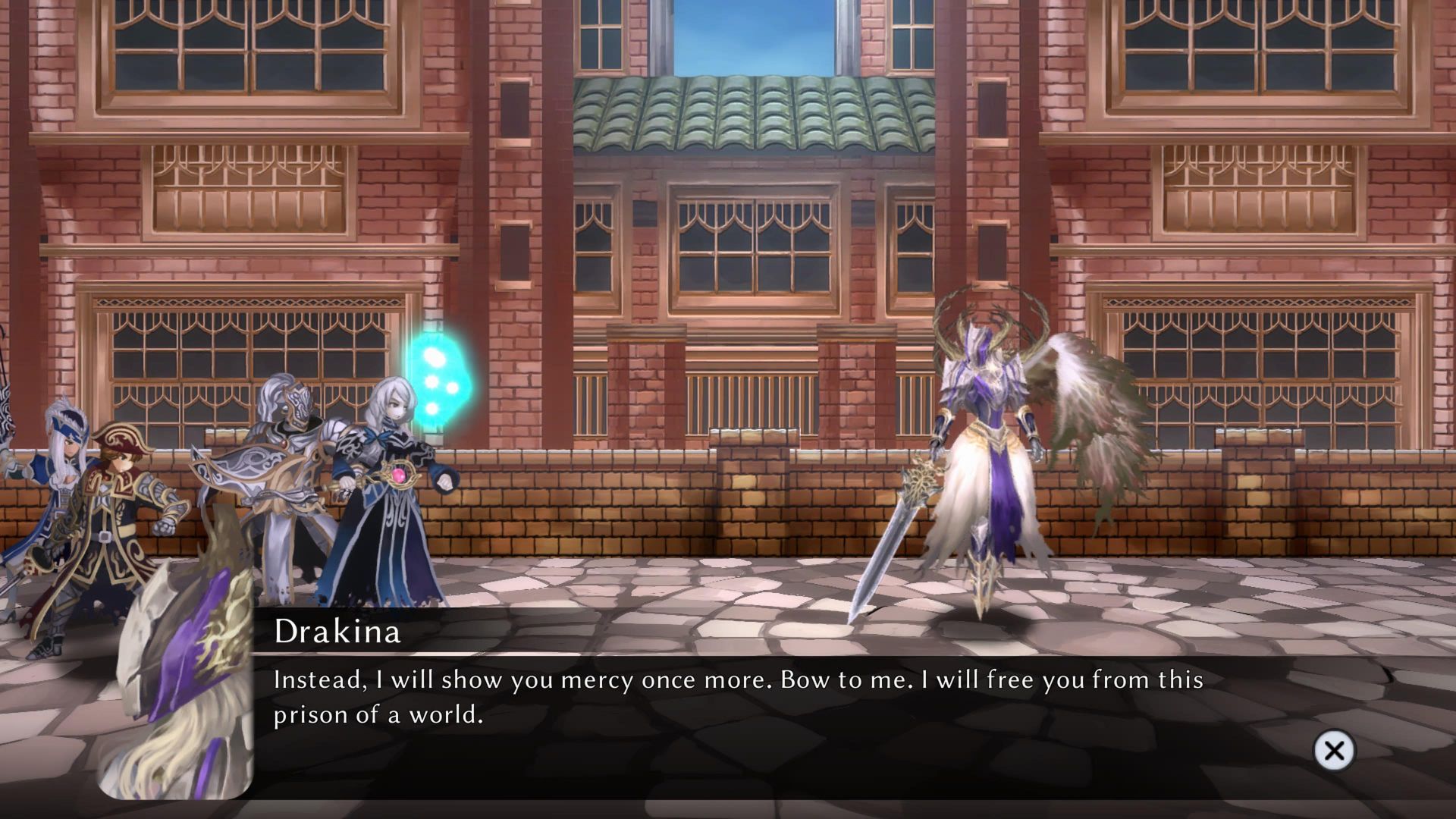 Drakina largely stays the same in terms of her attacks, although she does gain some new toys to mess around with. The biggest change to her loadout is the removal of Divine Impulse. Unfortunately, this has been replaced with something far more dangerous.

You have seen all of these attacks before, and they remain unchanged from your first encounter.

Drakina’s new attacks are both dangerous, and a spanner that needs to be dealt with. 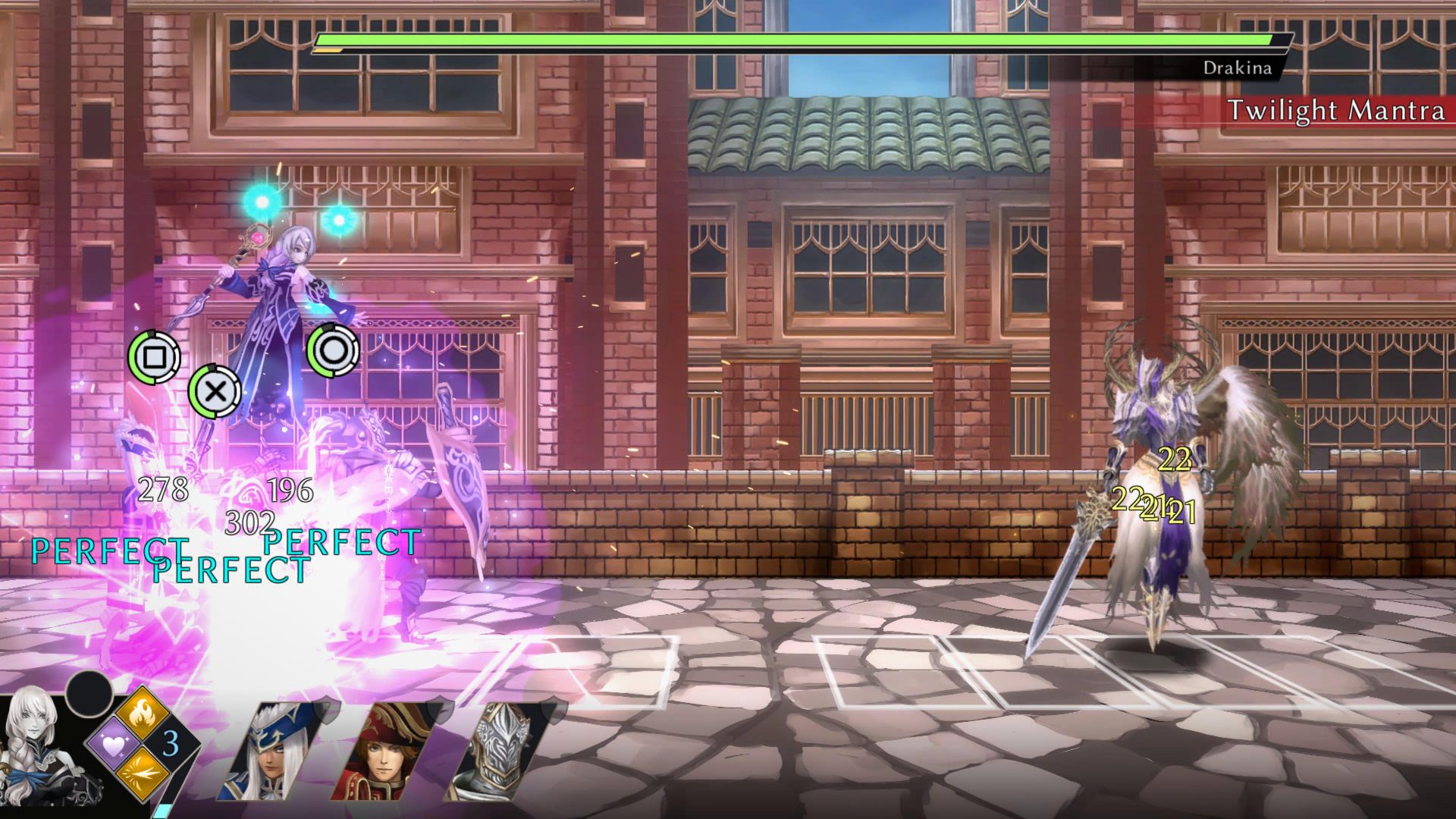 Unlike your first encounter with the Goddess of Mercy, this fight does not have a timer associated with it. This is a straight-up boss fight with no extra bells or whistles. Drakina does have three phases, however, and each phase will have Drakina unlocking new attacks, becoming more aggressive, and dealing more damage.

Phase three is naturally her strongest phase, but with Twilight Mantra being active from phase one, Drakina is a consistent threat throughout this fight.

Which Exemplars To Use

For this fight, we ran with a standard formation of Tank, DPS, and Ranged. Zulfiqar is, as always, a fantastic pick as his defensive stats are excellent. He is vulnerable to fire, but Drakina won’t necessarily be dealing fire damage all throughout the fight. Zulfiqar is also tanky enough to survive Twilight Mantra even when hit with a fire variant, making him a staple anchor.

Jacquine was a bit of a powerhouse in the last fight, and she continues to be one in this one. Her Kraken Breaker Deathblow is very effective at breaking down Drakina’s BP, letting you Rushdown attack her more often. Just be wary that this attack will miss if Drakina is not in lane. 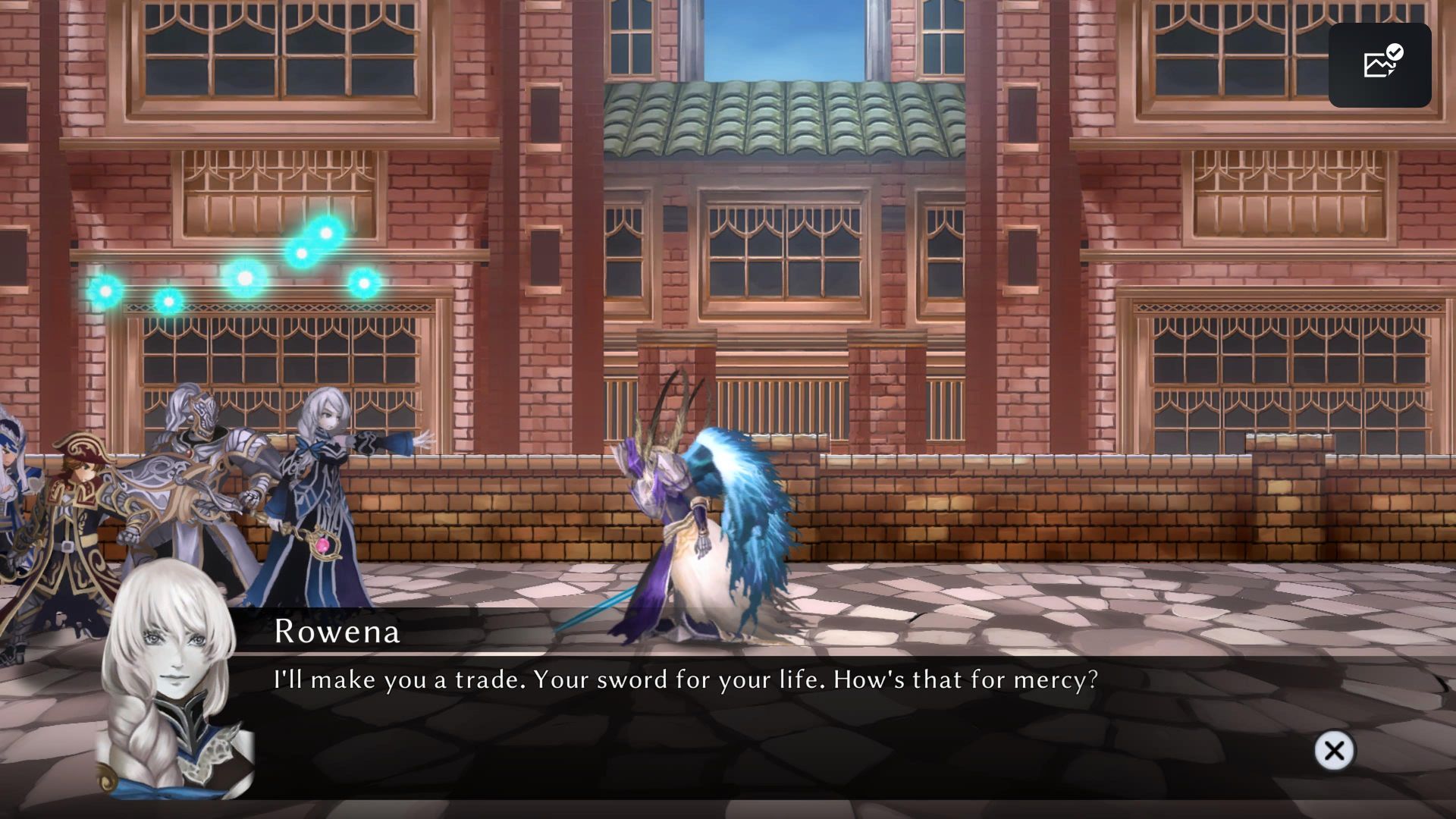 The strategy for taking down Drakina mostly stays the same. Her basic ranged and melee attacks are easily Parried, and they can both lead to high amounts of BP damage. Jacquine can eat away at Drakina’s BP without much hassle, however, you will still need to keep up the pressure as Drakina will restore her BP over time.

We found the best time to use this Deathblow was between attacks. For example, when Drakina uses her two-hit ranged attack, use Jacquine’s Deathblow after the first shot. Because this Deathblow doesn’t require Jacquine to move forward to cast (like other Deathblows), you can safely cast this and still be able to Parry with your other Exemplars.

The biggest threat here is Twilight Mantra. The damage is more than enough to kill Jacquine, and most other DPS Exemplars. Blocking as her hand raises will almost always land a Perfect Parry, and failing that, a Deflect. You never want to get hit by a full Twilight Mantra, so pay attention to her animations and at the very least get a Block off.

Other than that, keep some Mana back to displace Drakina. Her Bane tiles won’t necessarily be an issue depending on how you attack her and which Bane she has active, but it’s easier to deal with if she simply isn’t on the tile at all.