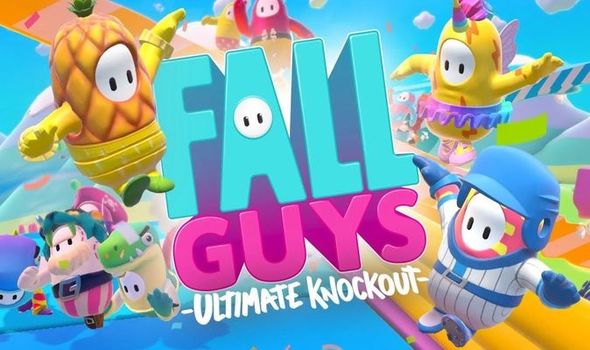 Fall Guys Ultimate Knockout has finally made its debut on PS4 and Steam, over a year after being announced at E3 2019.

Players must survive each course in order to move to the next round and attempt to nab the golden crown.

A battle royale game with a difference, it’s a fun, colourful and unique take on a subgenre dominated by first and third-person shooters.

The only downside is that it’s currently only available on PS4 (where it’s currently free with PlayStation Plus or as a Store purchase for £15.99) and Steam.

Keen to see it appear on other platforms like Xbox One and Nintendo Switch, Express Online asked developer Mediatonic if there are any plans to port Fall Guys to new platforms in the future.

“Ultimately we’ve built Fall Guys to be as accessible as we can so we’d love to get as many people playing as possible,” explains lead designer Joe Walsh.

“For now though we’re really only focusing on PS4 and PC. The hype is already much bigger than we could have imagined and I think we’re going to have our hands full as it is!”

Get a 12-month PlayStation Plus subscription for just £39.85 from ShopTo

While it may not be the definitive answer fans would have wanted, it sounds like Mediatonic is hopeful the game can be ported over to different platforms.

As Walsh points out, the studio wants to bring the game to as many people as possible, so expect a port or two if it proves a success on PS4 and Steam.

If you have picked up the game on PC or with your PS Plus subscription, Walsh was also kind enough to provide some tips for success in Fall Guys Ultimate Knockout.

“Ultimately you only need to win the final round, so try not to make a name for yourself in the early rounds by causing too much trouble!” he explains.

“Stay at the back, keep a low profile, and then surprise everybody when you reach the finale.”

In addition to patience and cunning, Walsh also tells fans to use the dive button as often as possible.

“Fall Guys is a massively multiplayer party game with up to 60 players online in a free-for-all struggle through round after round of escalating chaos until one victor remains!” reads the official description.

“Fall Guys: Ultimate Knockout flings hordes of contestants together online in a mad dash through round after round of escalating chaos until one victor remains!

“Battle bizarre obstacles, shove through unruly competitors, and overcome the unbending laws of physics as you stumble towards greatness. Leave your dignity at the door and prepare for hilarious failure in your quest to claim the crown!”

In addition to competitive multiplayer, Fall Guys can also be played co-operatively, as players solve challenges in team-based matches.

There’s also a deep customisation element, with characters able to dress up in everything from pineapple suits to bunny hats.

Roblox will stage a virtual concert with Ava Max on its path to the metaverse
We and our partners use cookies on this site to improve our service, perform analytics, personalize advertising, measure advertising performance, and remember website preferences.Ok