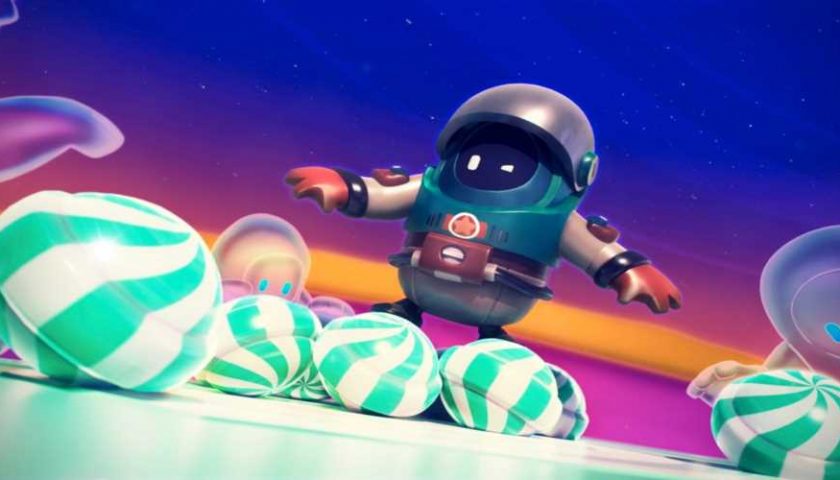 Fall Guys has begun its Satellite Stars: Bravery Event, the latest in the limited-time events that this game has to offer. This event is the final chapter in the Satellite Stars series, offering exclusive event rewards similar to those previously available.

From now until Monday, May 9, players can complete challenges in the limited-time event playlist to earn several exclusive prizes. Rewards include various cosmetics and other in-game items; most notably the event-exclusive costume, Star Guy. Learn everything you need to know about the Satellite Stars: Bravery event to ensure that you are earning all possible rewards during the event window. 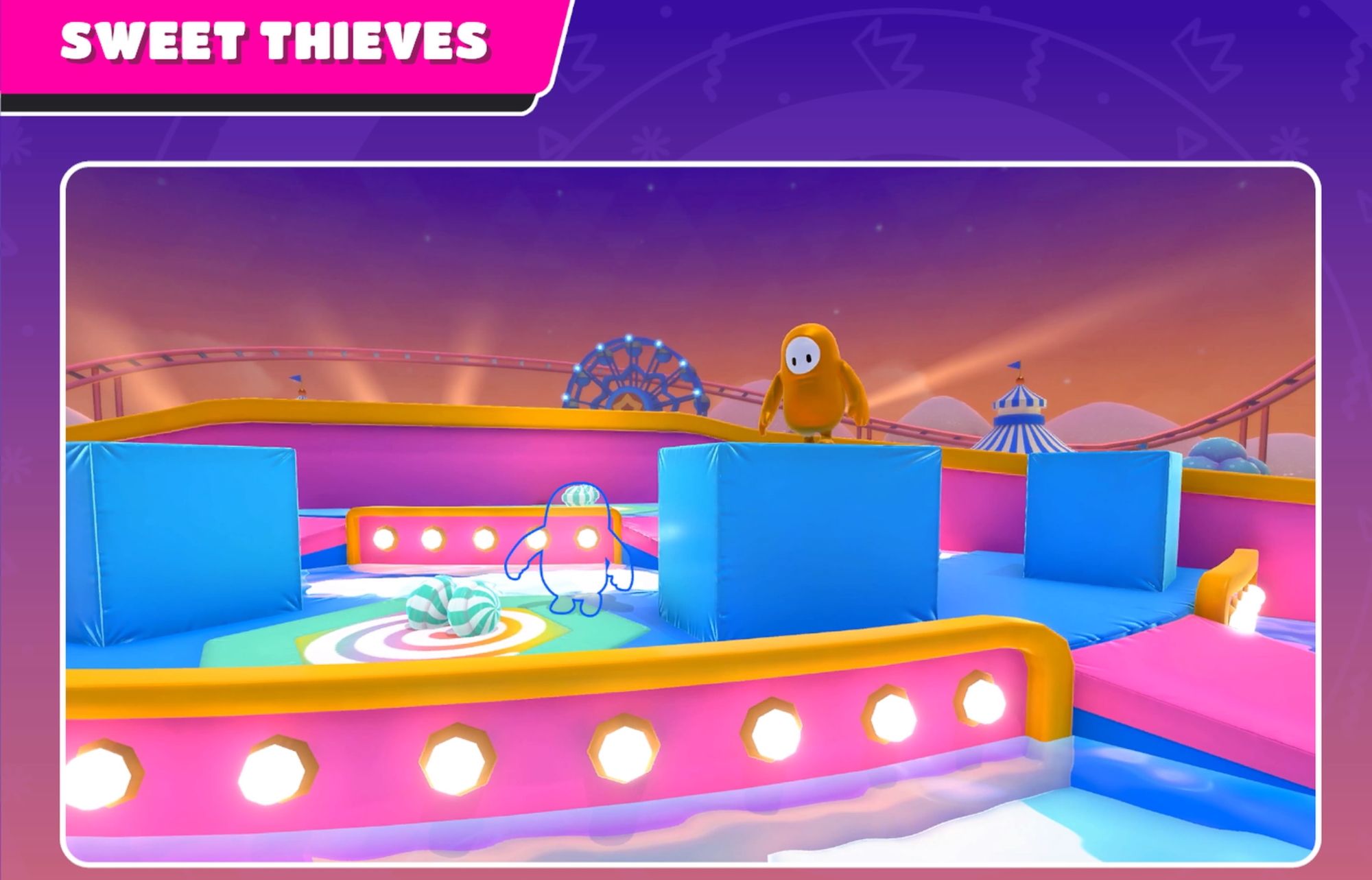 To make progress with this event, you will need to compete in the limited-time show, Bravery. This show consists of one round of Sweet Thieves, Fall Guy's latest level, introduced earlier this season. You can play this playlist with up to four players in your group; earning your team 10 Crown Shards when victorious. All challenges for this event will require you to compete in this specific playlist, available during the entirety of the Satellite Stars: Bravery event. 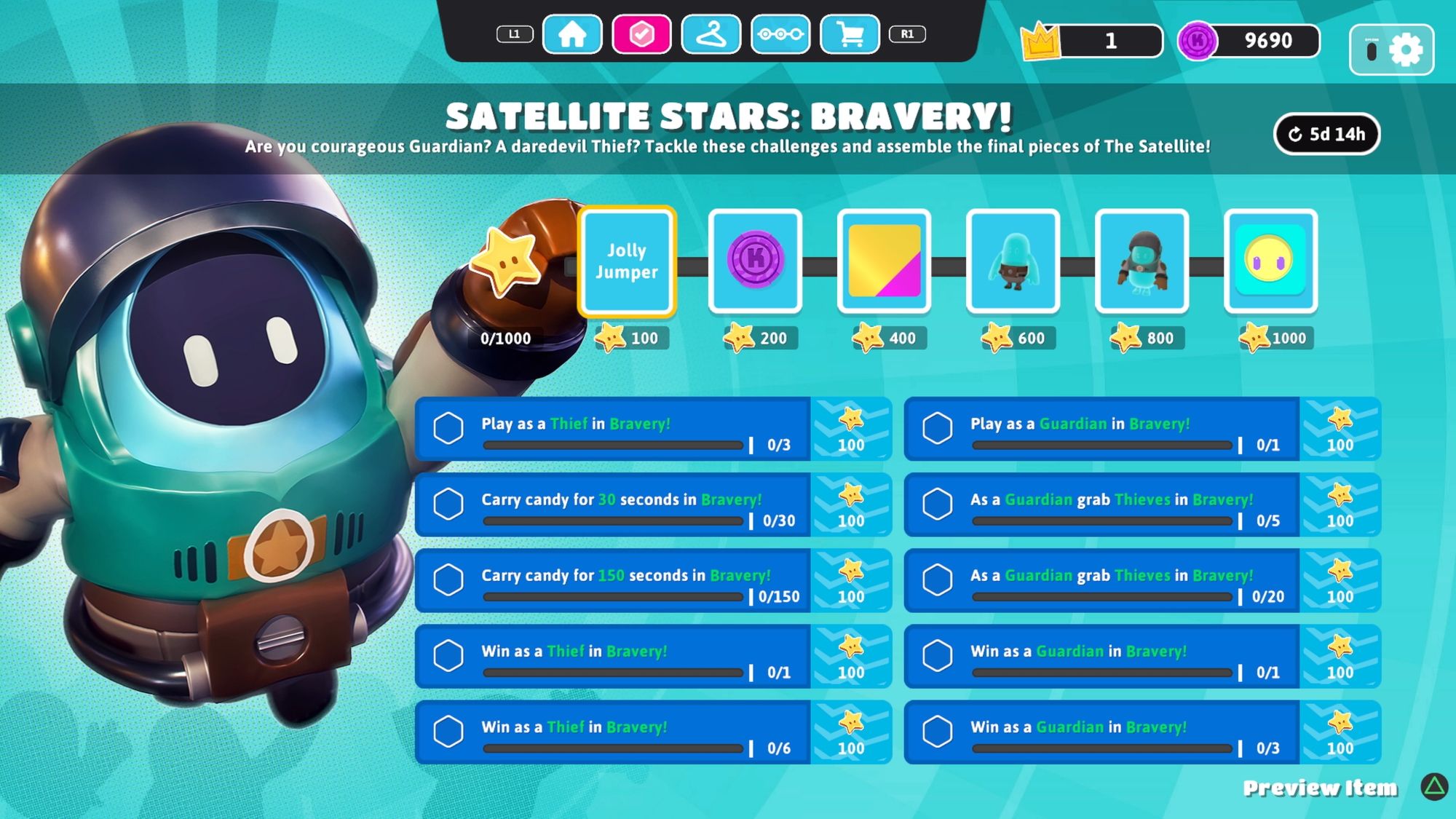 There are 10 event challenges that can be completed during the time of this event. For this event, you will need to perform various tasks in the Bravery playlist, earning you event currency when completed. This event currency, resembling stars, can be accumulated to earn the different limited-time rewards available; requiring you to finish all 10 challenges to earn all event-exclusive items. All event challenges are provided below with their accompanying completion rewards.

Half of these challenges require you to perform tasks as the Thief role in the round Sweet Thieves; while the other half requires you to be a Guardian. Your role in this level will be decided at random when you start the show, so it may require many competitions to complete all challenges. 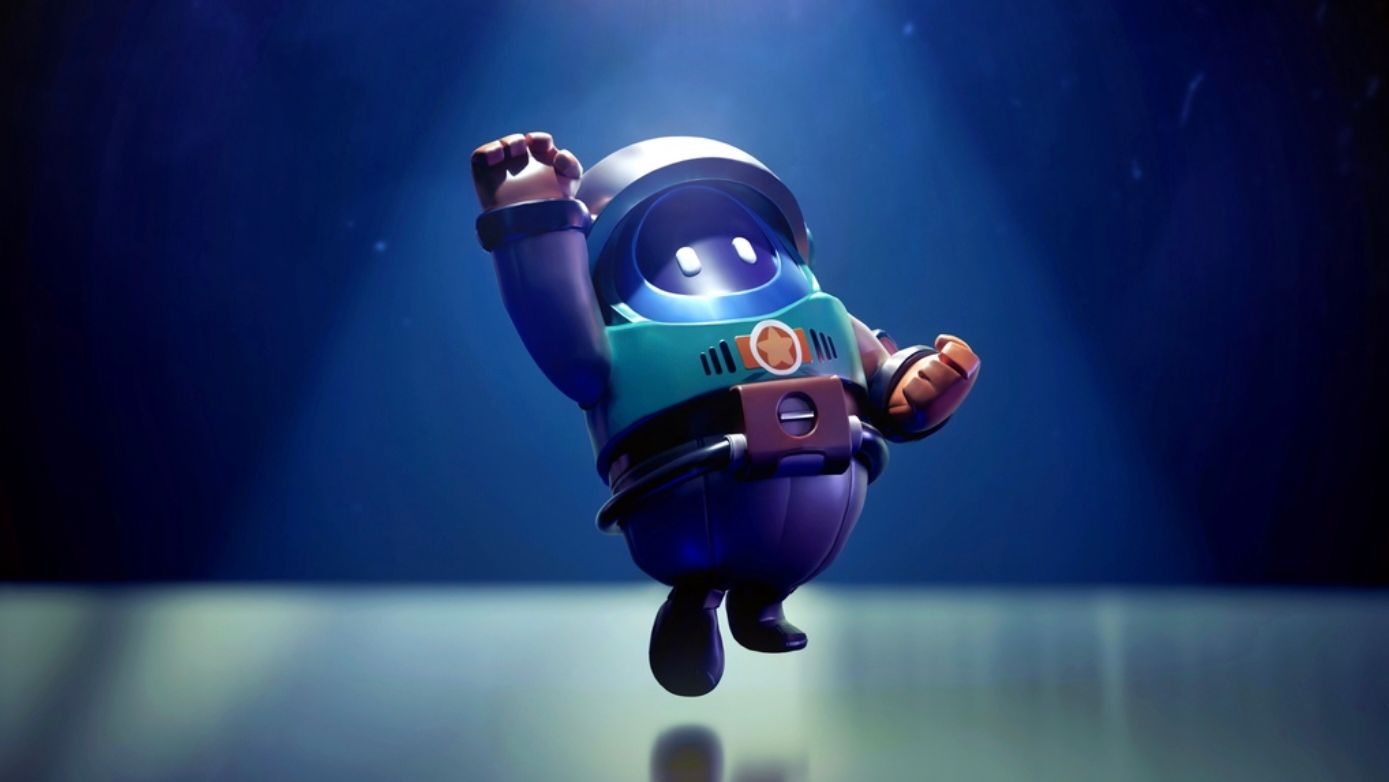 There are six event-exclusive rewards available during the time of this event. Each reward has an amount of event currency that it requires before unlocking it, earned from the various event challenges. You can acquire these different rewards by going to the main event menu and claiming items that you have earned enough stars to unlock. These event-exclusive rewards are provided below with the number of stars that they require to unlock.

When claiming a reward, you do not lose the stars that you have earned. Rewards are earned when reaching different totals of the event currency, not exchanged.