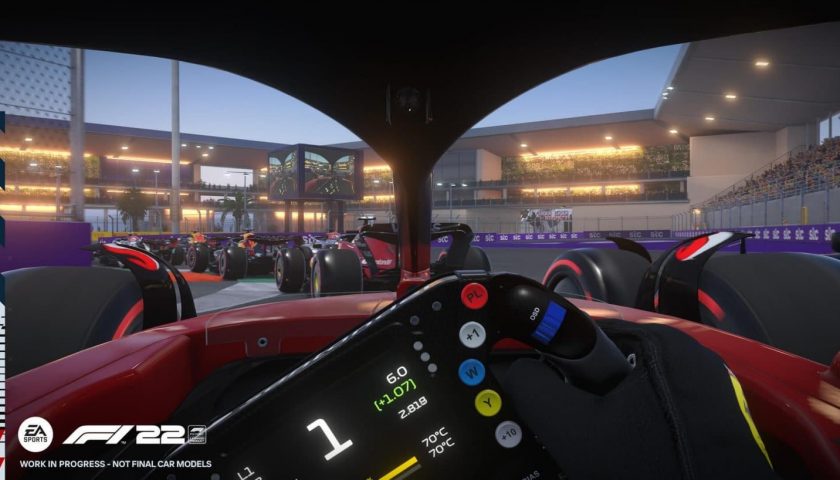 Codemasters’ latest F1 racing game, F1 22, will have full VR support on PC when it launches in a few months’ time.

The new game releases on multiple formats on July 1st, but the PC edition will support headsets like the Oculus Rift and HTC Vive via Steam and, presumably, other platforms like the Epic Store. Other headsets haven’t been confirmed but, given this is a PC VR release, you can expect to be able to play on Valve Index and Oculus Quest via Link connections too. Check out the trailer below.

This year’s entry will feature updated tracks and vehicles as well as a new Miami circuit. There are also new modes as well as the return of classic options like the Career Mode. VR support has been a long-time coming for this series, though Codemasters has in the past implemented headset support into other racing series like Dirt Rally. Last year saw EA acquire the studio, making this another VR-optional game from the publishing giant alongside titles like Star Wars: Squadrons.

It doesn’t look like PSVR support is included, but the game is coming to PS5. Perhaps there’s a chance we could see it on PSVR 2 when the headset releases, though we wouldn’t count on a native Quest version.

Pre-orders for the game will launch on May 16 and include three days early access so you’ll be able to play it on June 28 instead. Will you be picking up F1 22 with VR support? Let us know in the comments below!